A leprechaun in Irish folklore is a fairy in the form of a tiny old man with a crooked hat and a green suit. He is usually up to no good.

That may seem irrelevant to RAGE’s new pro grip courtesy of Shaun Manners, but Shaun happens to be part Irish. And he used some of that lucky Irish green alongside the notorious purple in the RAGE’s new grip, which also resembles the non-slip diamond plates you tend to see in the back of utes and trucks. Another irrelevant fact: the diamond non-slip design you see was invented by an Englishman named Colin Meek in 1938. He came up with the innovative design in the shed of his business, Oakhurst Metals, and, knowing he was onto some pretty high-tech non-slippery shit, he made a gentleman’s agreement with a company in the US to mass-produce the things. Unfortunately, that company went on to steal his design, trademark the shit out of it,  and Oakhurst went bankrupt. No one ever heard from Colin again. But you’ll be luckier than Colin with this grip under your feet because that means you’ll be surfing, and ain’t we damn lucky to be able to do that. 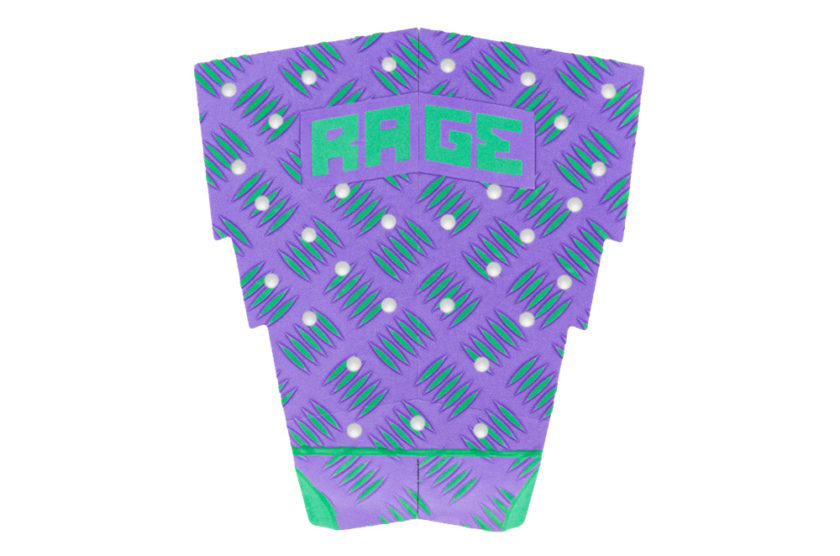 Accompanying the release of the new grip is a short clip by Tom Jennings, Dave Fox and Toby Cregan where you can see the good luck grip in action under the feet of Shaun himself. A lovely little number set to a Pogues soundtrack, plus some very iconic carpark chat.