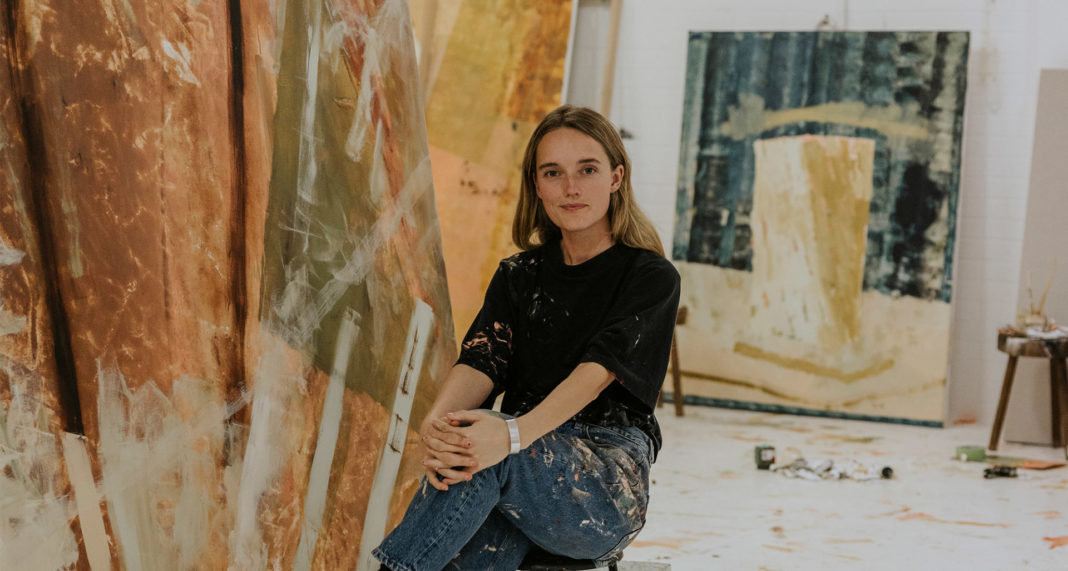 In her first solo exhibition in Victoria, Sydney artist Ash Holmes will explore the beauty that exists within the shadows—both literally and figuratively.

The sun-drenched walls of Fitzroy’s At The Above gallery will provide the backdrop for her new series Shadow Silhouette; shadows will be cast onto finished works to explore negative space and composition. For her latest body of work, Ash played with the effects of light on canvas, working with shadow lines to add layers and create colour stories with natural light. 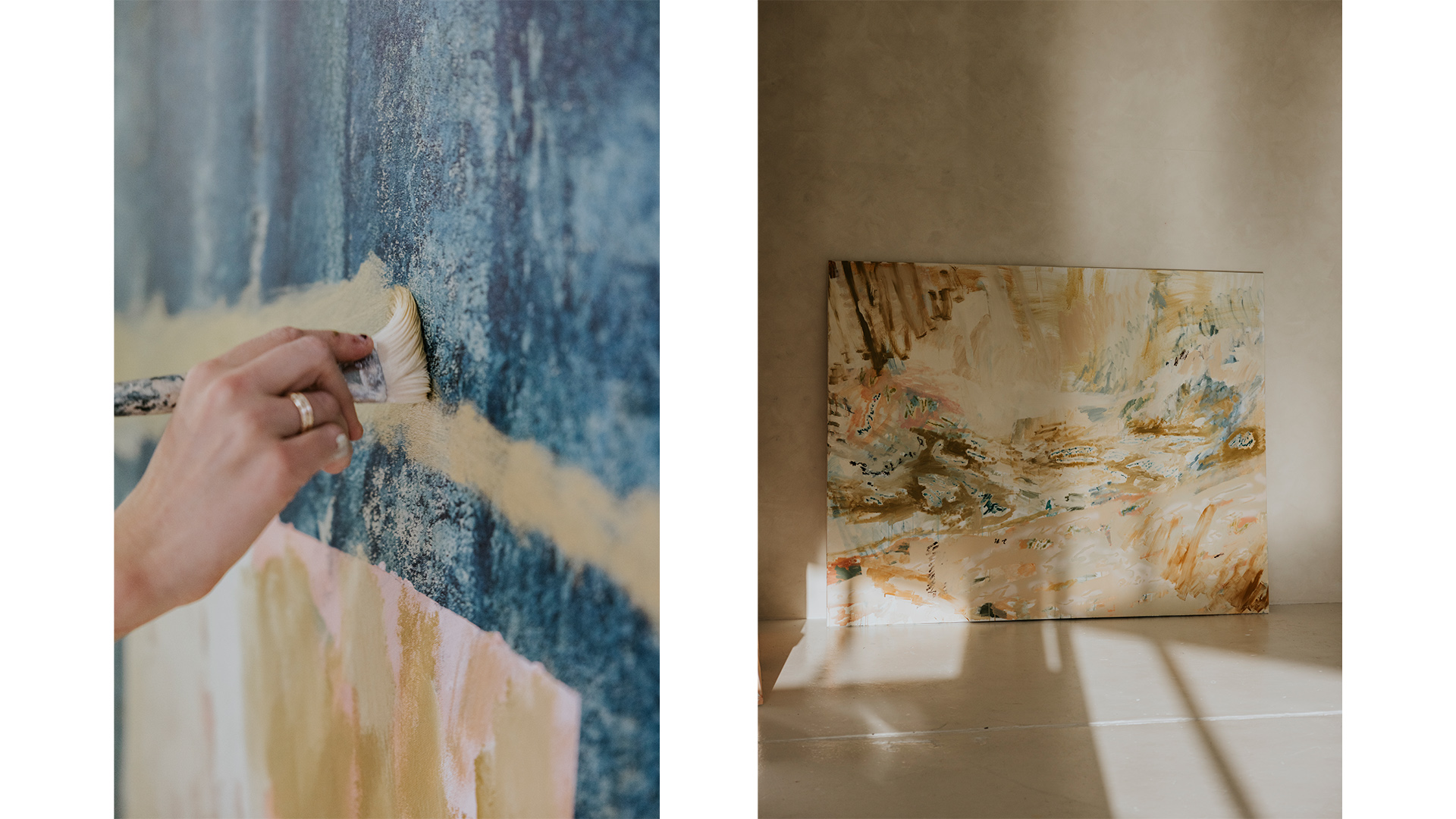 Ash’s new studio, set in a sun-drenched warehouse space in Sydney’s Northern Beaches, served as inspiration for the series, allowing dark and light to dance around the canvas during her painting process and at times, dictating how each painting would evolve. Colour theory has also long been the driving force behind Ash’s creative process—inspired by Rothko’s relationship with blocks of colour and dynamic linework, Ash has created her own colour diptychs that stretch across the walls of the gallery (and maybe your own home, if you’re tempted to pick up a piece). 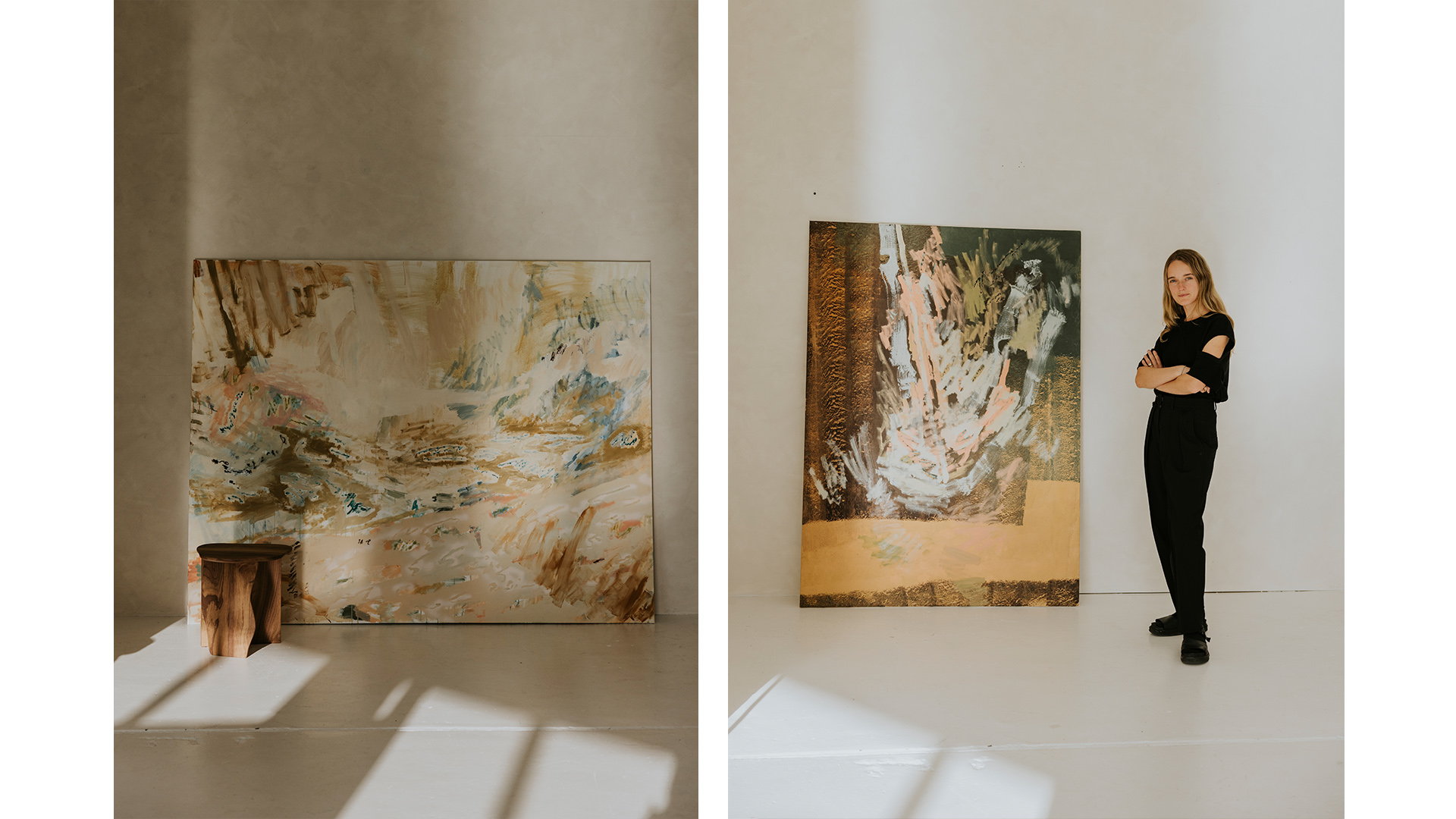 Complimenting Ash’s large-scale works are the frames themselves, handmade from Tasmania Oak and walnut timber. The raw cotton, raw linen and primed linen that she uses as a canvas provide a textural base for washes of soothing pinks, greens, and burnt amber. And if you needed another reason to love Ash’s upcoming series, she’ll also be using it as an opportunity to raise funds for R U OK?, donating 100% of the commission of one artwork sold to the mental health organisation. So, if you’re Melbourne-side, make sure to get down to Shadow Silhouette on Saturday, 17th of September @ At The Above, 198 Gertrude Street, Fitzroy, Melbourne. 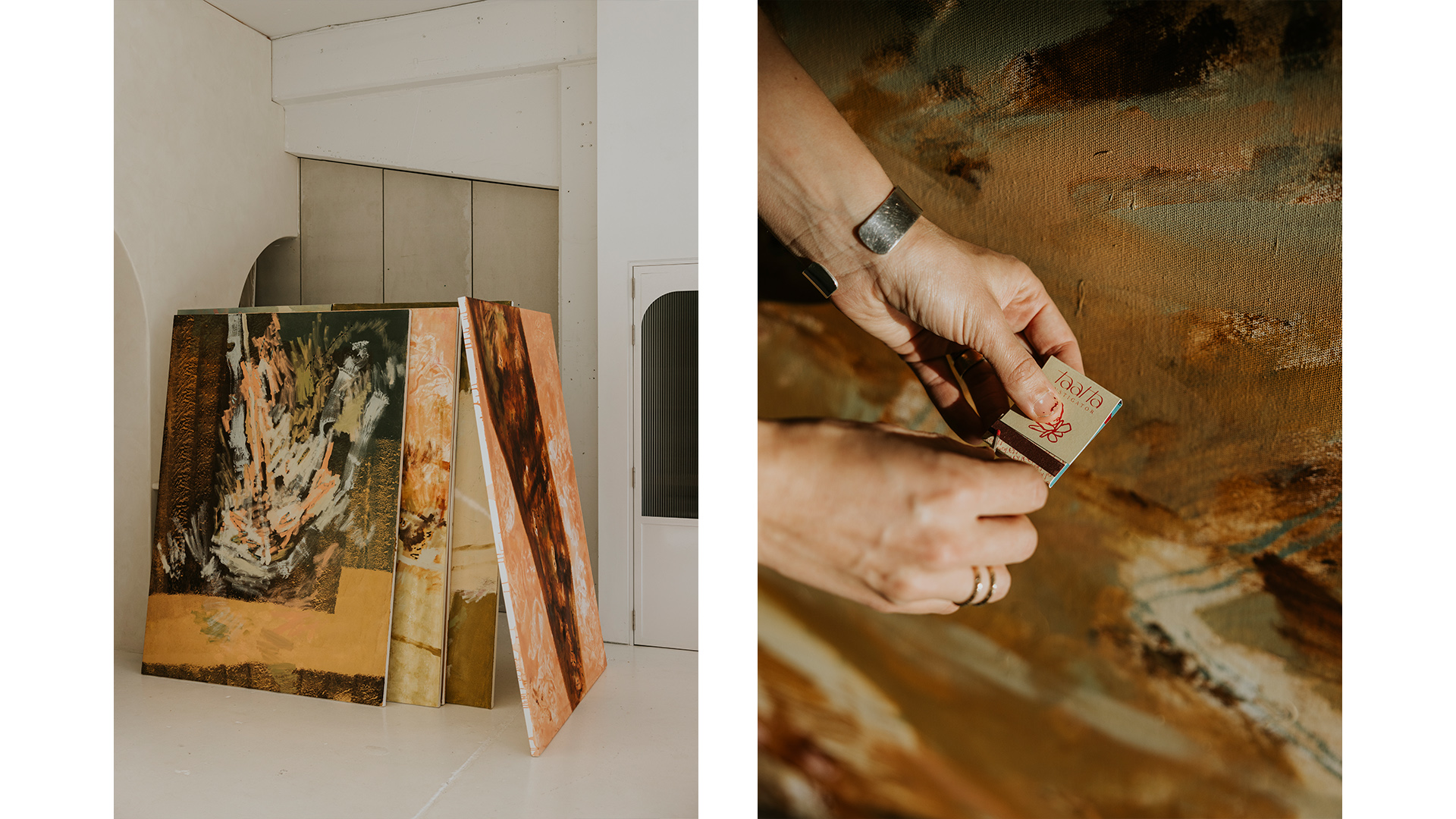