Sea Forest is a company on a mission to tackle climate emissions through the cultivation of seaweed.

Known as Asparagopsis, this red algae is a powerhouse when it comes to providing a climate change solution that works with nature—for nature, and we’re backing it 100%. Following the release of short film Sea Forest, in tandem with Surfers For Climate, we had a chat with Sea Forest’s CEO Sam Elsom about the genius of Asparagopsis and how it’s going to help save the planet.

Asparagopsis is like Superman, talk us through how it works with the cows and the carbon?

So, seaweeds generally grow quickly and capture huge amounts of carbon from the ocean, which is important as our oceans have increased in acidity by something like 26% in the last three decades. By taking the carbon out, we act to deacidify the water, so that’s a good start. But the big thing is when we feed just a tiny amount of Asparagopsis seaweed to cows—less than a handful a day—it virtually eliminates methane emissions. This is huge because methane from cow burps make up 75% of agricultural emissions in Australia. To top it off, the methane which would have been expelled is instead converted into energy for the cow, so they grow faster. A win for the environment and a win for our farmers. 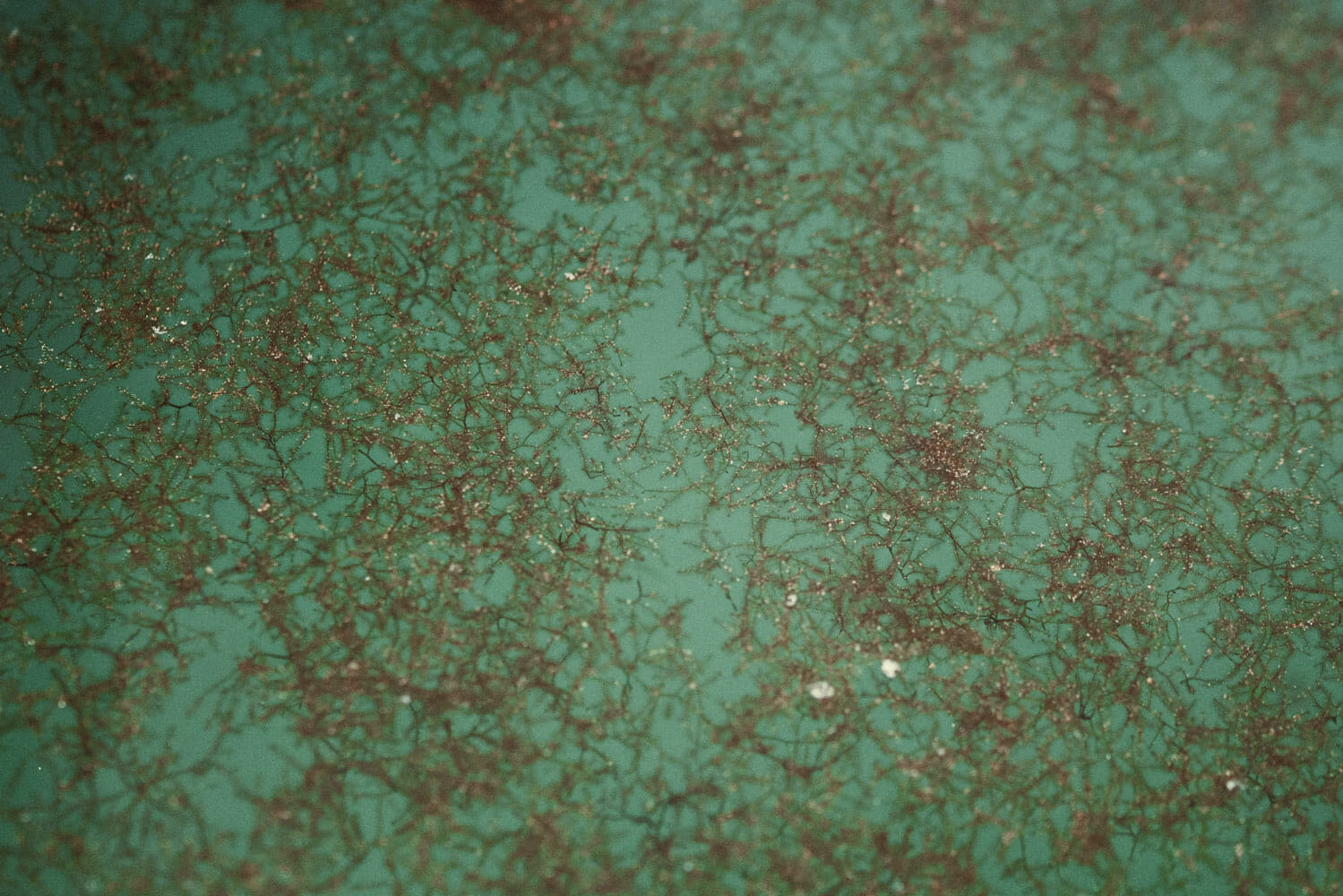 What do people think when you say you grow seaweed?

I have no idea really, but I think most people are interested. We are pioneering a brand-new industry, so it’s exciting stuff.

So some cow accidentally ate some seaweed in Canada and that’s how this all came about?

So the story goes… but for Asparagopsis, it was a group of scientists in QLD that had the crazy idea to try feeding 30 varieties of seaweed to livestock to measure the impact on methane. The Asparagopsis was the star performer by a long shot. The issue was there was no commercial supply and no one knew how to grow it. Sea Forest was started to try and figure out how to grow it and then it turned into an actual viable thing. 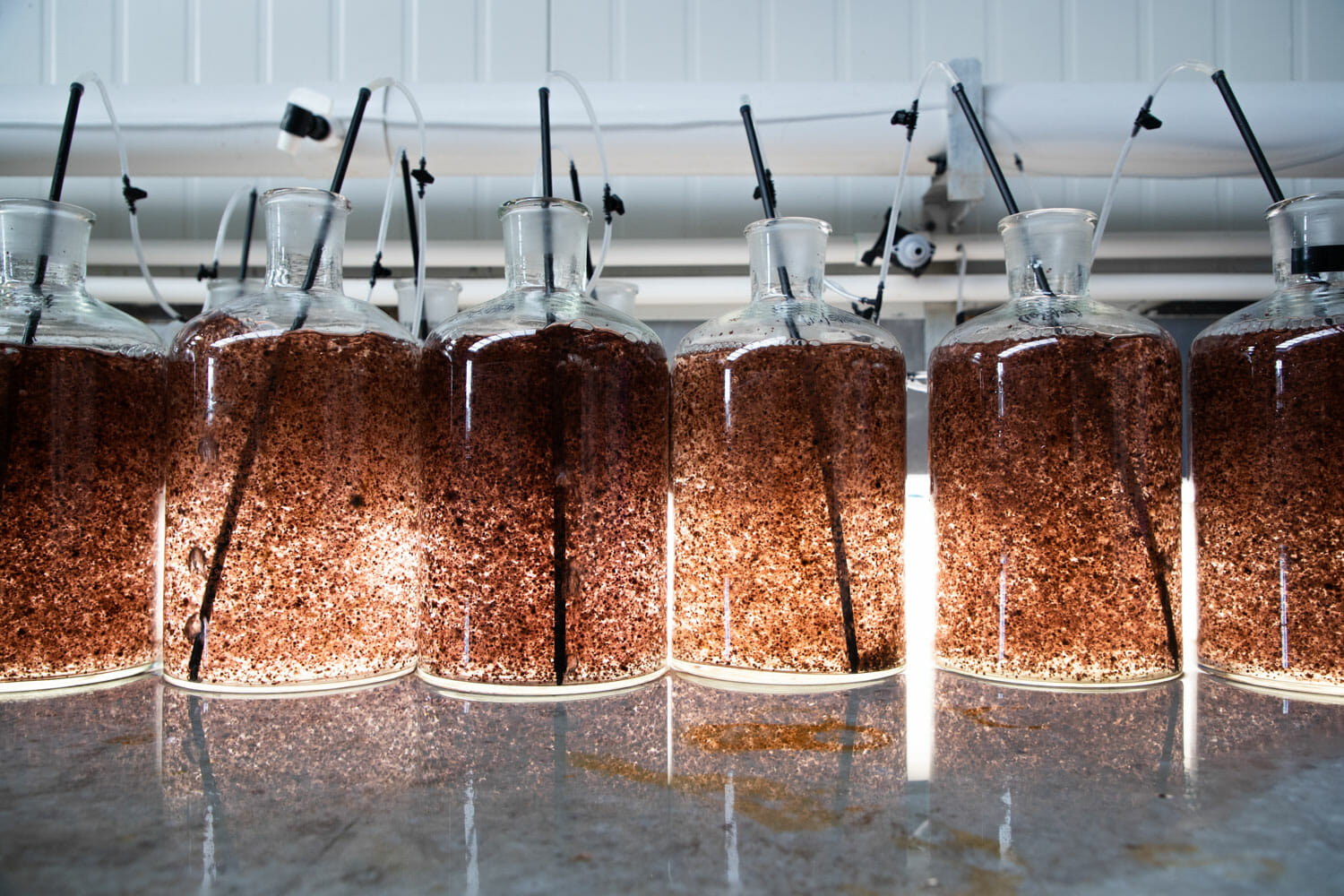 Can you eat the seaweed?

It’s funny you ask because even though it is native to Australia and New Zealand, it has spread around the world and is used in Hawaii in poke bowls. So yeah, you can, and people do.

You say your kids are the biggest inspiration for starting Sea Forest. Do you think there is actually hope for the future?

In the beginning, I was driven by concern for the future and frustration that more wasn’t happening to drive known solutions to climate change. The IPCC experts say strong and sustained reductions in emissions could quickly make air quality better, and in 20 to 30 years global temperatures could stabilize. But there’s really three key pillars of action we need to get behind in addressing the global issue of climate change: cutting emissions by 50%, reducing nitrogen in our oceans, and scaling drawdown solutions to wipe 600 gigatonnes of CO2 from our air and oceans. It’s a big job, but not impossible. 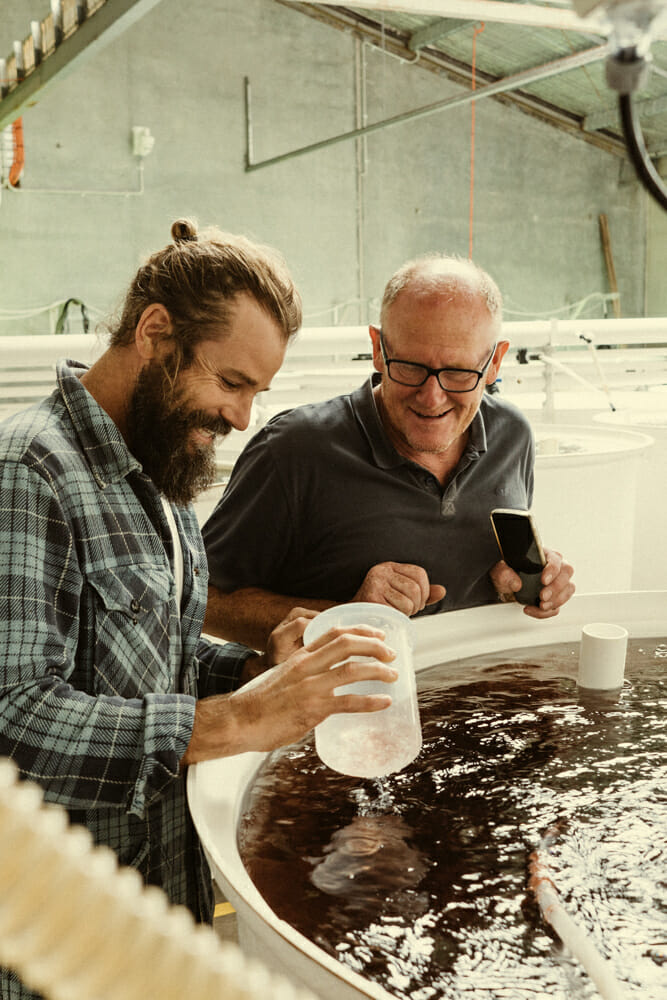 If you could say one thing to our government, what would it be?

Stand up and make the necessary carbon reduction commitments, transition from fossil fuels, decarbonise emissions-intensive sectors like construction and agriculture and help drive the development of new and environmentally positive industries. Asparagopsis is worthwhile investing in.

How many people are a part of Sea Forest? How long have you guys been going now?

We have grown from three to 44 staff over three years. We started in early 2018. 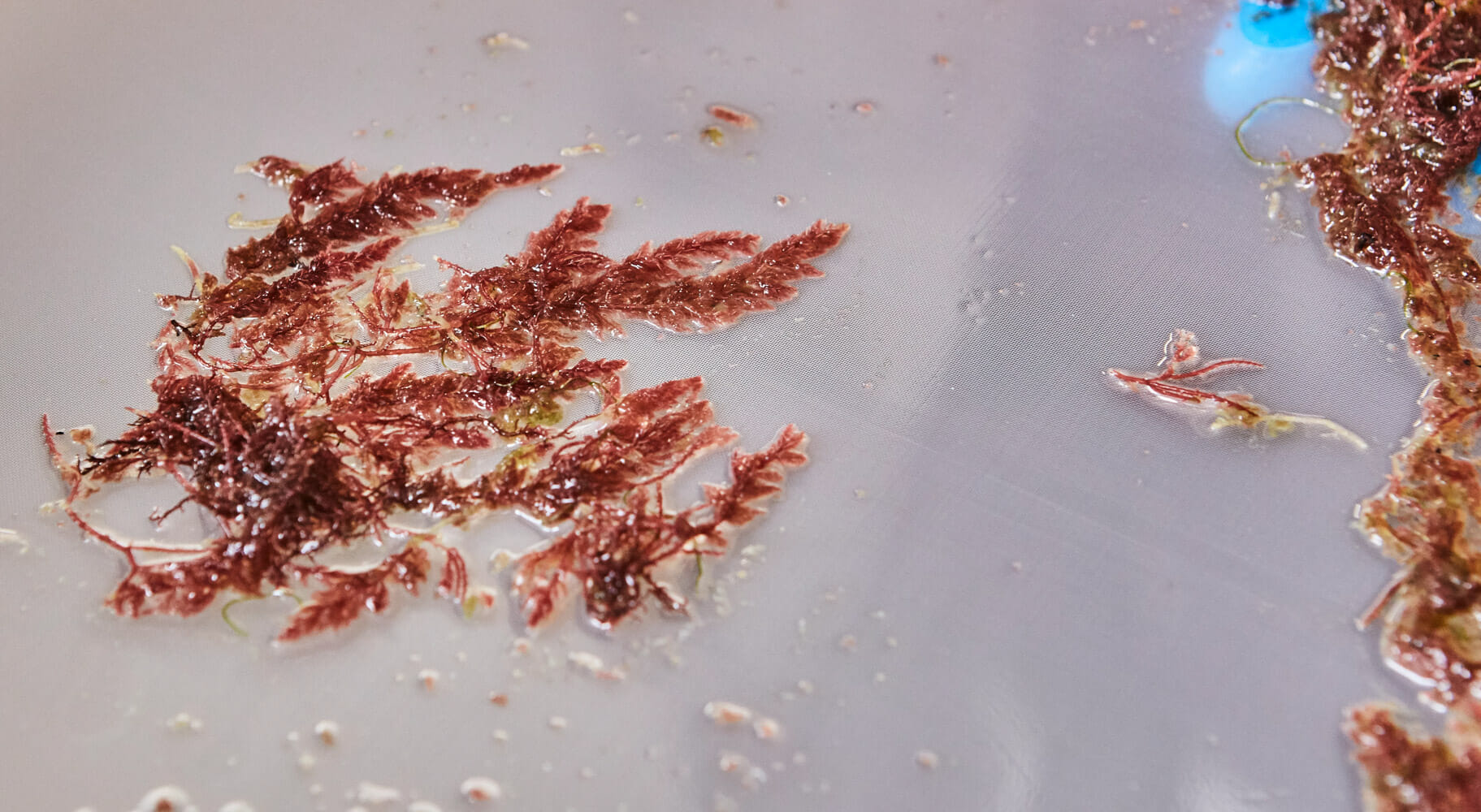 You’re set up in Lutruwita [Tasmania], is there plans to expand out to other places, or is there a reason why Tassie is the sweet spot?

Our zone in Tasmania is unique because the seaweed grows all year round, but the plan is to create a real impact on climate change. If we can get this stuff to every cow on the planet that’s a heap of emissions avoided. This requires a lot of farms which are beneficial for the ocean and the air. 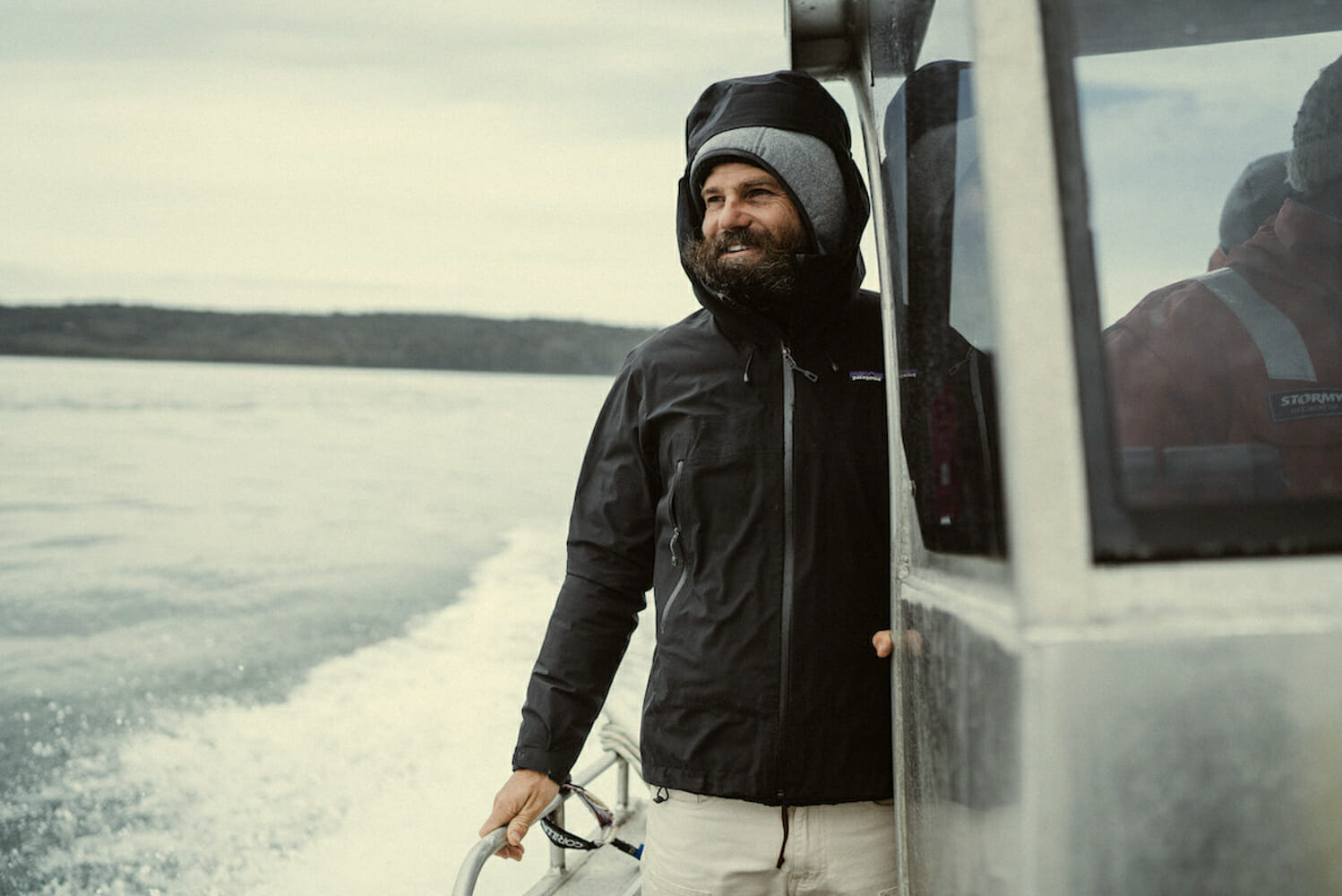 What does a day in the life of a seaweed farmer look like?

Tasmania can serve up some brutal conditions. It is generally cold on the water deploying and harvesting seaweed, especially in a southerly wind. The days start early and the work is physical. On land, we have researchers and scientists in the lab exploring the complexities of seaweed reproduction or in the nursery taking care of the little seedlings. Everyone works together and plays an important role.

Do you have a seaweed joke?

What do you call it when you do papercraft with seaweed? Norigami.

If this has piqued your interest, join Monster Children, Surfers for Climate, and Professor Lesley Hughes on Friday the 22nd of October for a special climate action webinar. Register your interest and get all the info here. 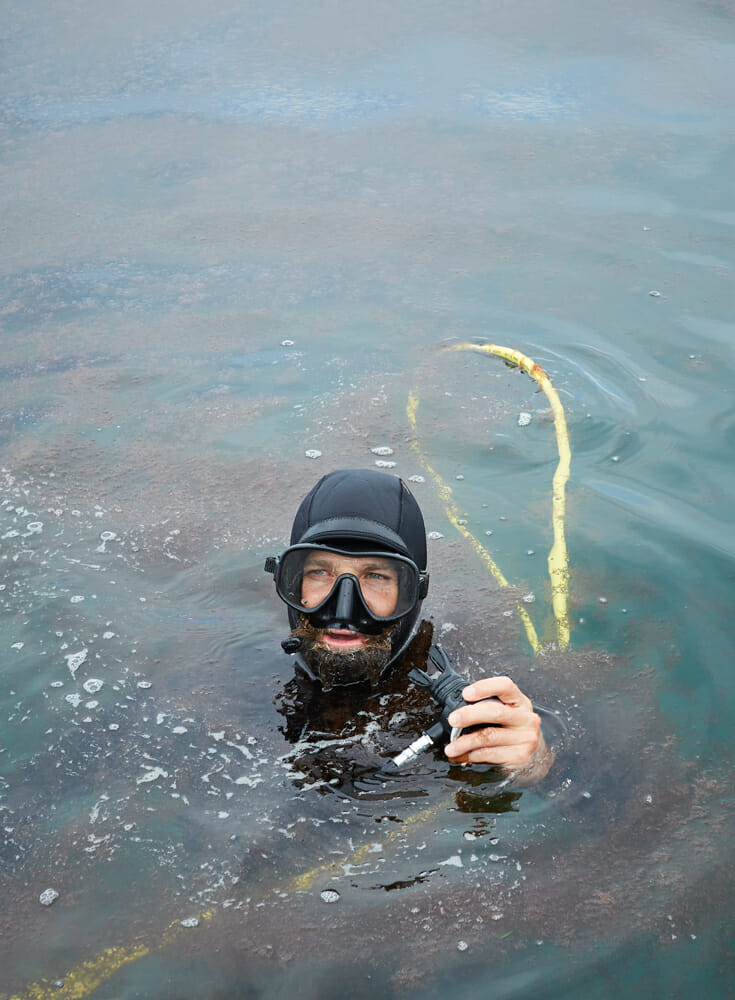