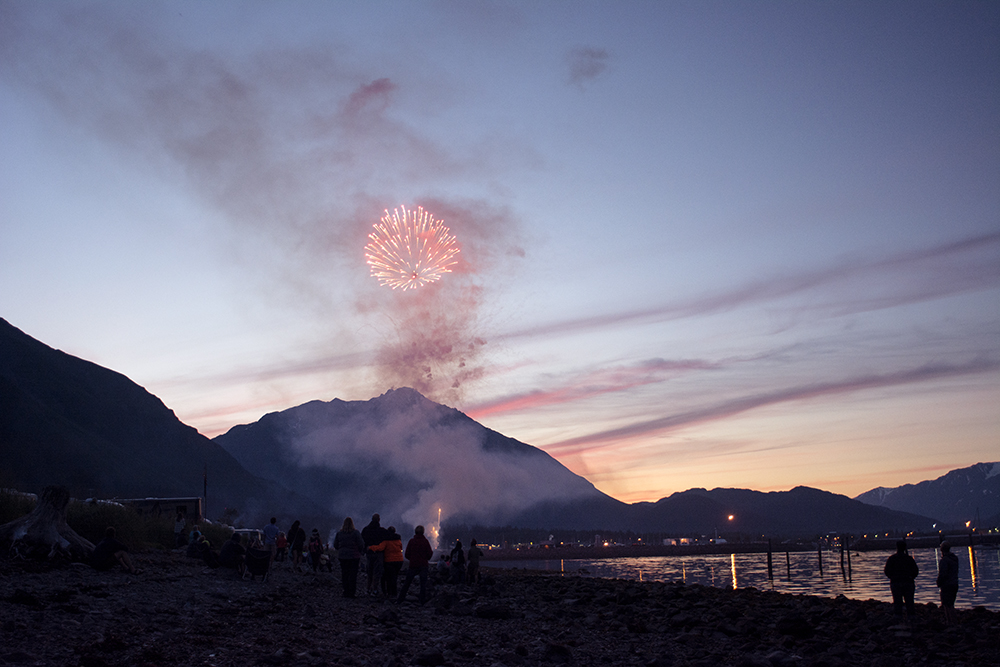 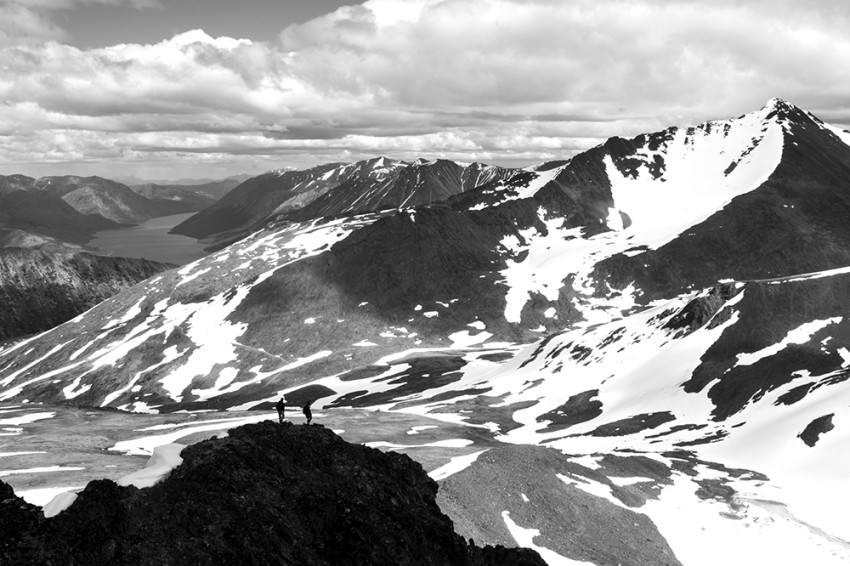 Photography and Words By Jack Bailey

I could never put my finger directly on what caused my retreat from L.A. I suppose it was a culmination of events that spurred my final decision to bounce. Three years spent dwelling in the southern parts of the Golden State had me beat. The work, the scene, the unadulterated indulgence, the meaningless conversation.

I had experienced the uninhabited freedom of America’s wild on rare occasions and found comfort in the solace and simplicity of merely existing within uninhabited surroundings. Big Sur, Yosemite, Joshua Tree; All places I had frequented and grown fond of. Three of America’s uncorrupted hearts, magnificent in their own right and all pumping blood into my immediate obsession to venture as far North as possible.

My friends showed little faith in my plan to drive from Los Angeles to Anchorage. “There is literally nothing up there—days and days of absolutely nothing”, they said. Nothing was just what I wanted. Decision made, I loaded Ziggy—a 1995 Toyota Pickup named after my old white hound—with surfboards, fishing roads, camera gear, smokes and booze, and headed north.

The majority of the journey spent in my own company initially led my scrambled mind to what could only be described as temporary insanity, brought about by constant head noise and the overwhelming urge to talk to oneself. But I overcame the fear of loneliness, found comfort in the clarity of my own thoughts, and eventually settled with an uncommon feeling of absolute content. 13,830 kilometers and four months later, I found myself perched on top of a jagged peak in Alaska’s Denali National Park, bearded, bruised, bemused, and completely happy to be surrounded by nothing I was looking for. 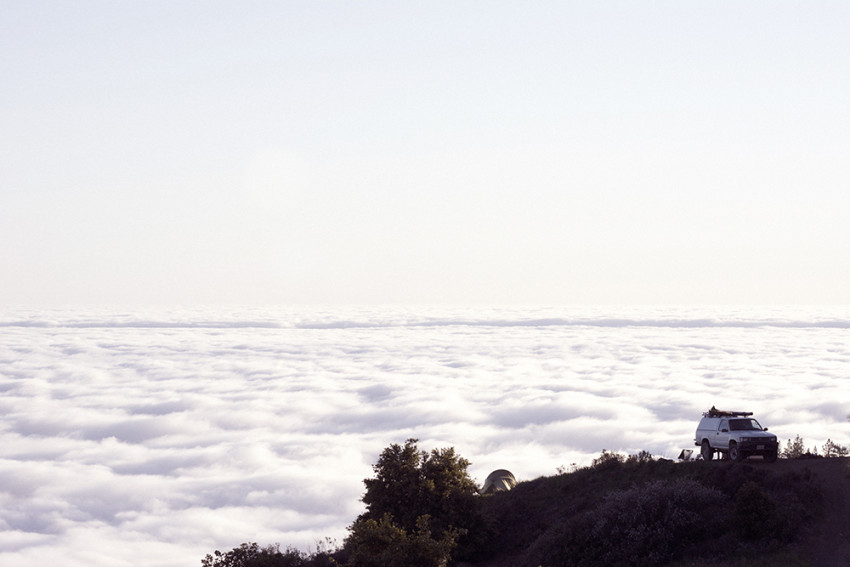 Life above the clouds, surreal and magnificent. Big Sur, my first home on the road. 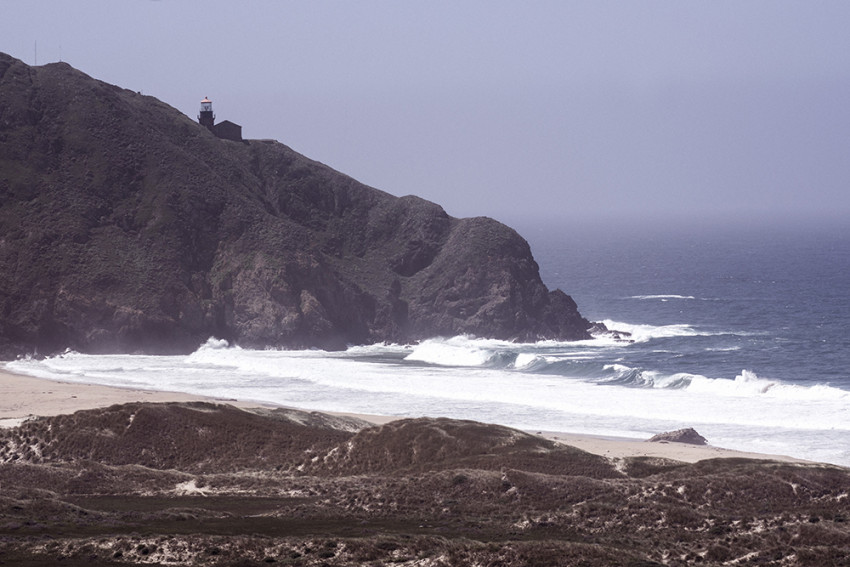 I witnessed endless amounts of beach-breaks, points and reefs, hardly surfing any for fear of the wild north coast and its formidable inhabitants. Haunted by stories of great white tanks lifting humans from the sea. 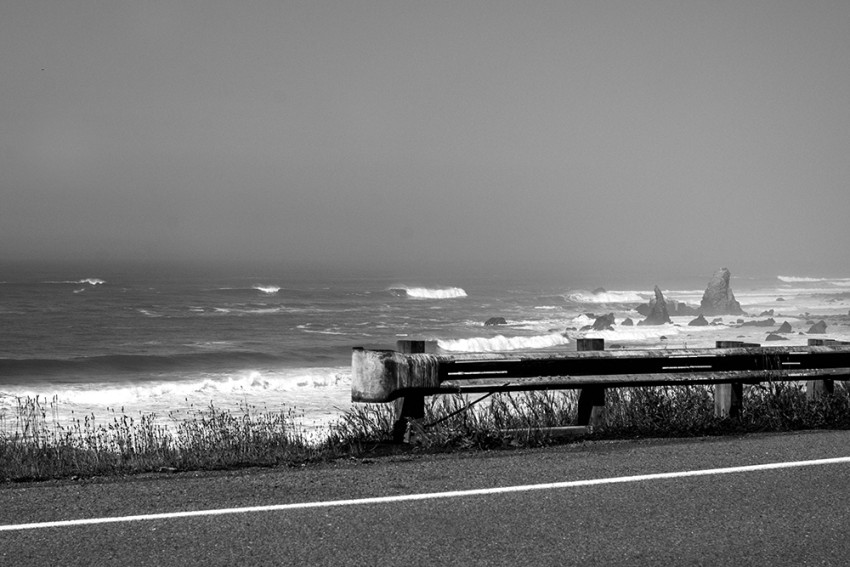 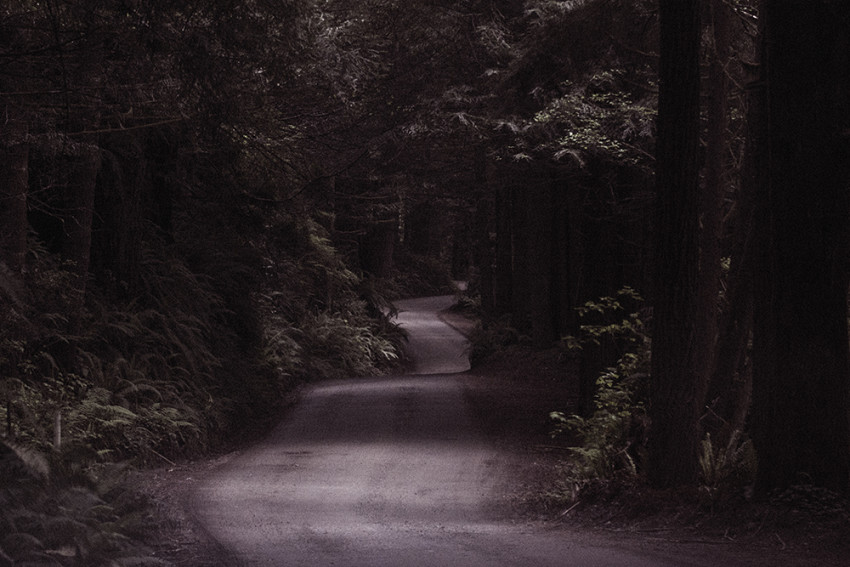 The road wound through Jedediah Smith Redwoods. I had heard of the “Grove of the Titans” from and toothless old lady in Crescent City and spent 3 days in the empty forest searching for the ancient trees. No maps, no marked trails, not even the park rangers would reveal their location. 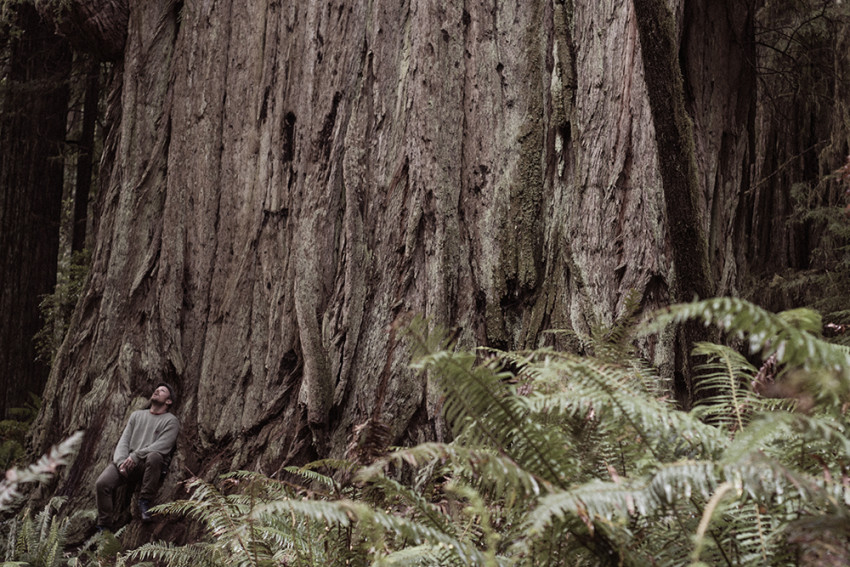 Day four in the redwoods, I woke to more rain. Everything was wet. I had given up and was about to pack up and move on when I bumped into a neighboring family who knew the location of the trees and were headed in that day. I tagged along and spent two more days in the presence some of the largest living entities on earth. 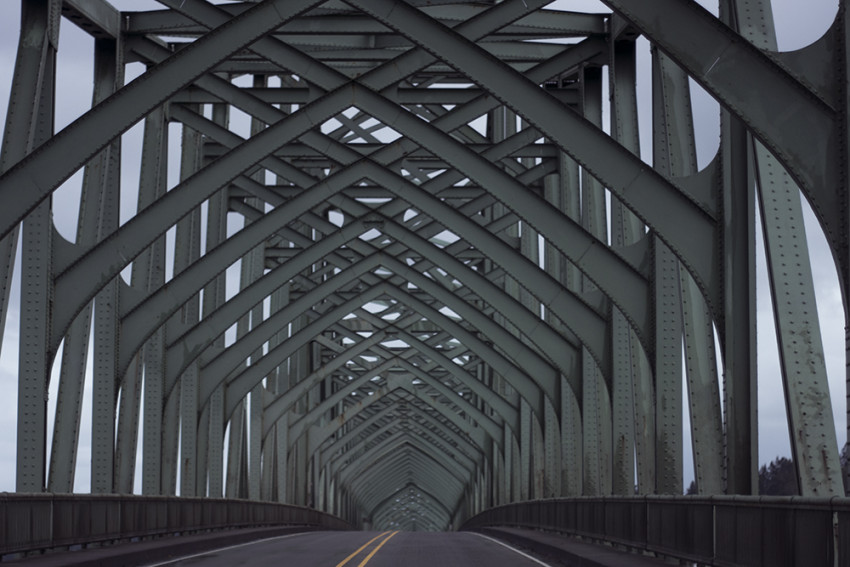 Back on the road and into Oregon. I was often reminded that America was once a great Industrious nation with a do-it-yourself attitude that has long since been forgotten. Riveted Steel artistically and methodically placed, America’s veins are it’s roads and all are majestic in their own right. 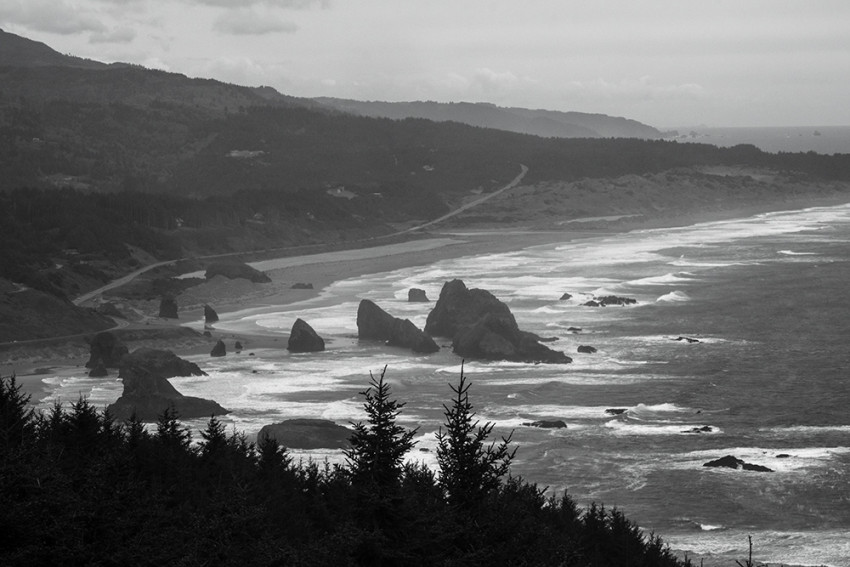 HWY 1 rarely leaves the coast. I was amazed by the consistency of the wild Pacific swells. 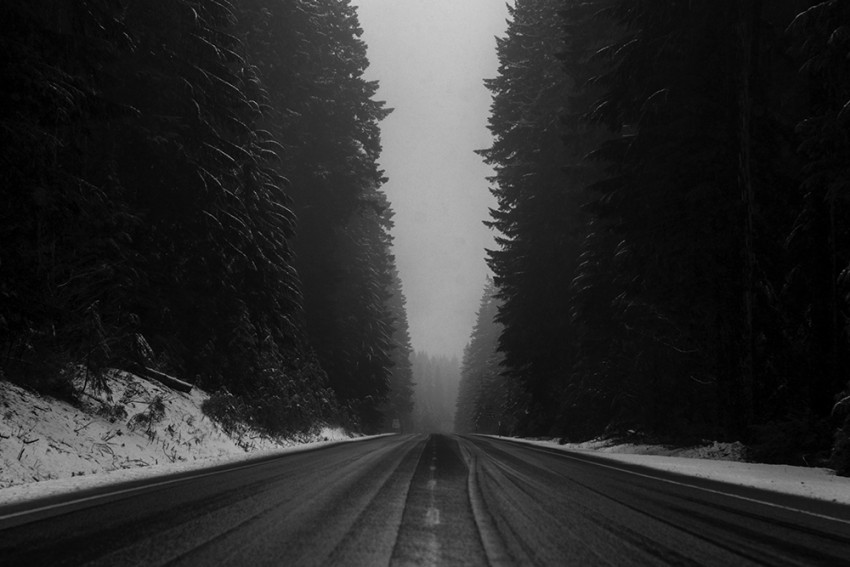 Snow though Bend, Oregon. Driving in the snow holds a certain charm for Australians, I believe. A novelty we delight in and a mere frustration or annoyance for those who permanently inhabit the colder northern climate. 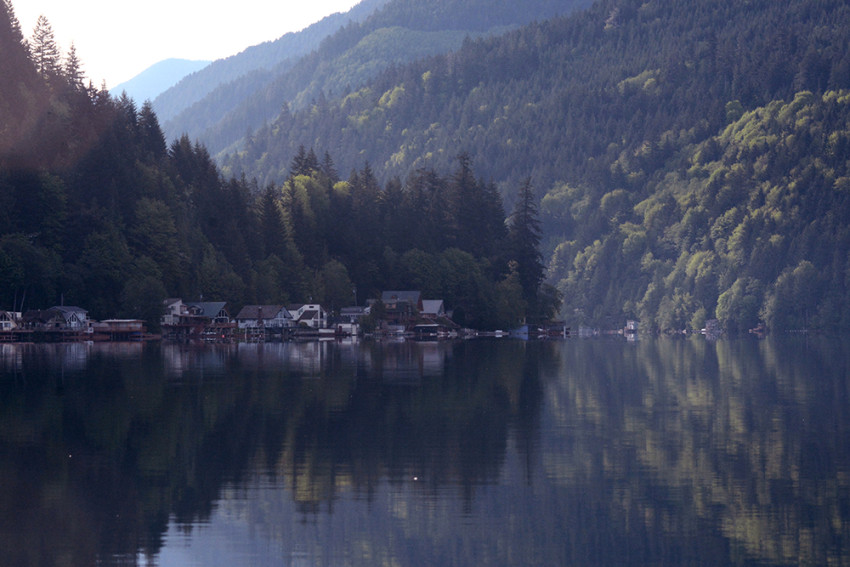 Washington can best be described as green. It’s no surprise they were one of the first states to legalize it. 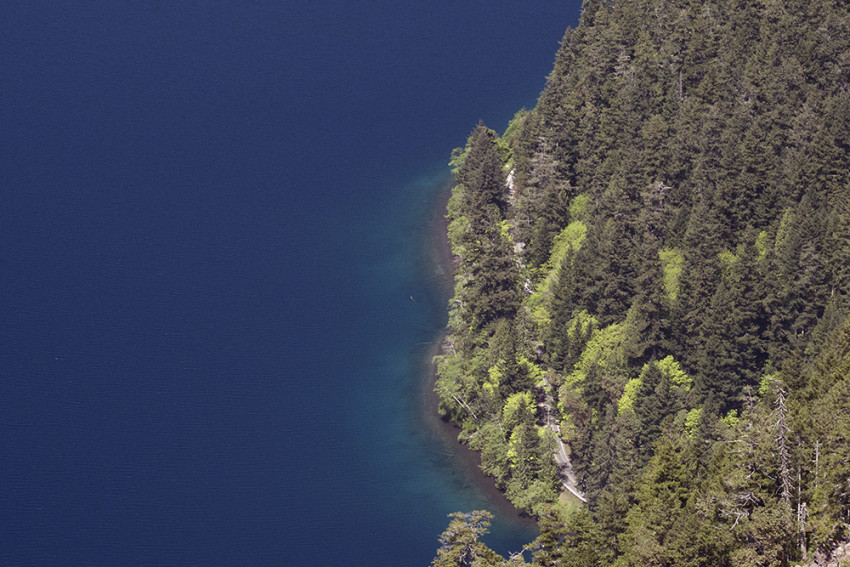 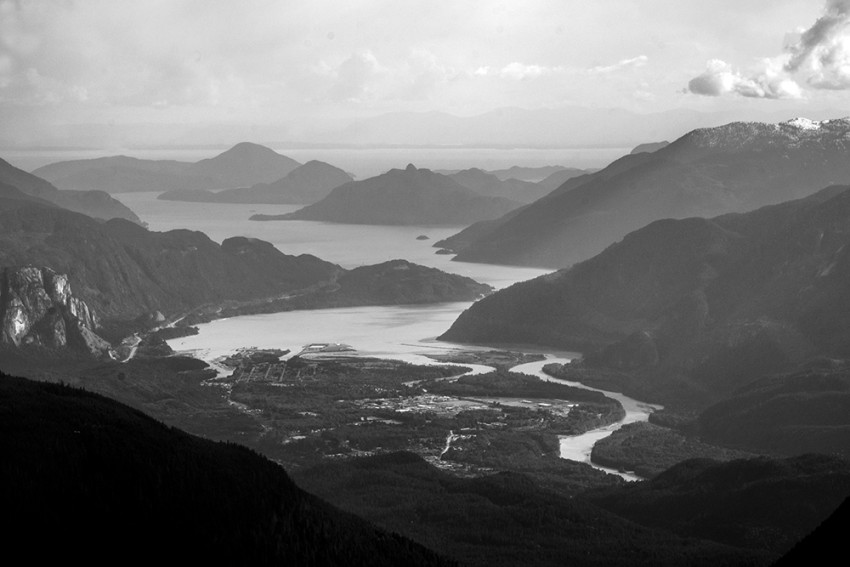 I had made it into Canada, almost halfway, and time for a rest. I posted up with a good friend for a few weeks in Squamish B.C, a town full of the most talented and charismatic characters I have ever met. I think that life in the mountains truly humbles ones soul. 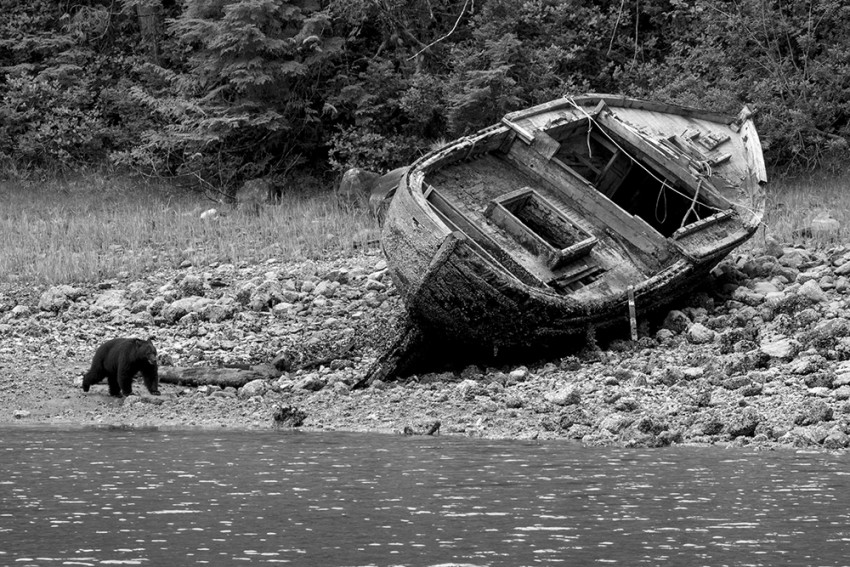 Tofino had been described to me as the Byron Bay of Canada. A small, rootsy surf town, originally occupied by draft dodgers and surrounded by raw nature. 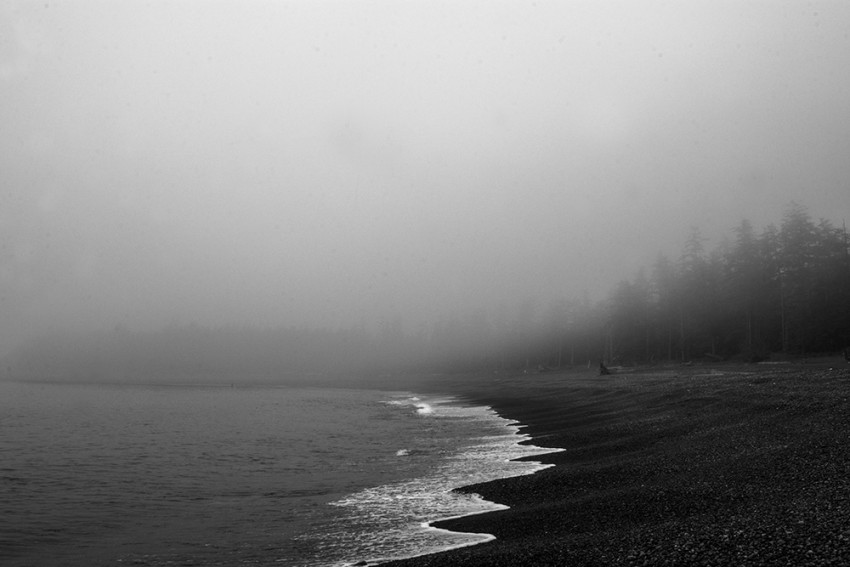 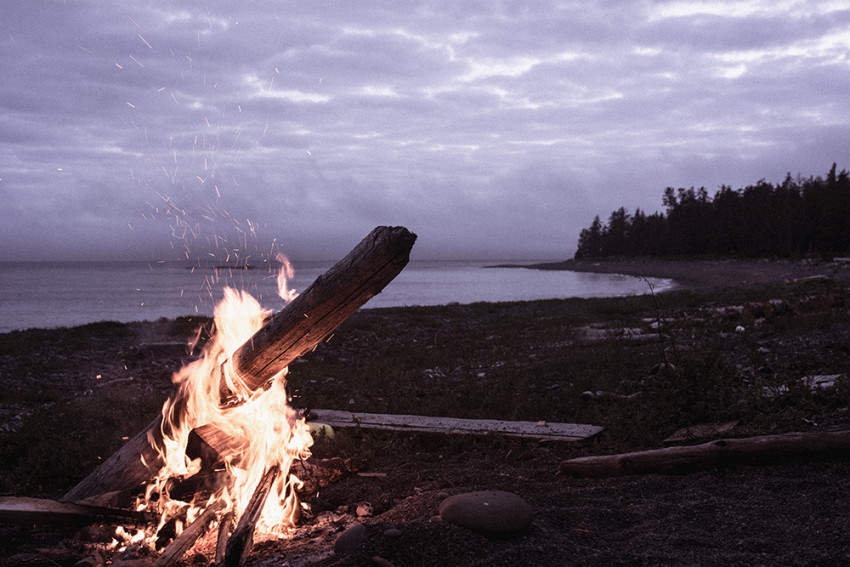 It was 40 yards from this fire where one evening I stumbled off for a pee. I saw two sets of red eyes peering at me from the dark. Wolves. 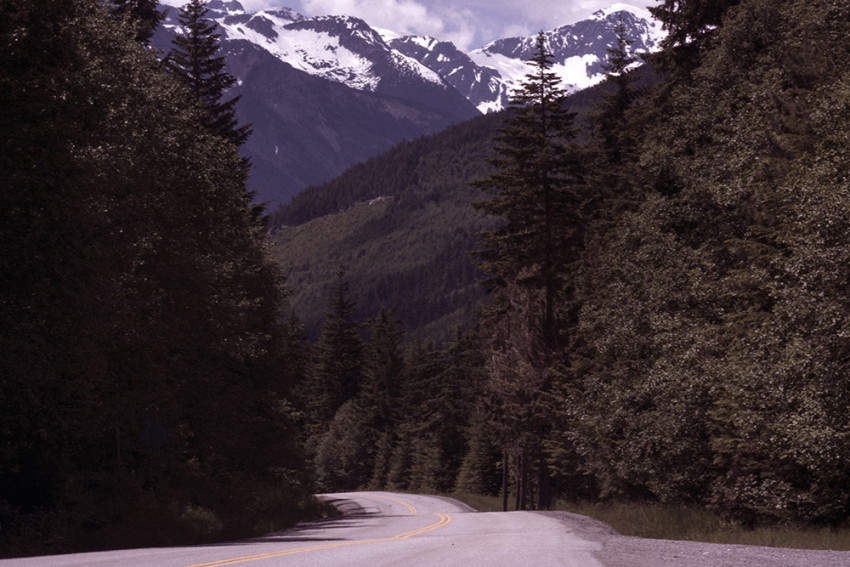 Back to the solitude of the road. The next stretch would be spent alone. B.C to Whitehorse Yukon. 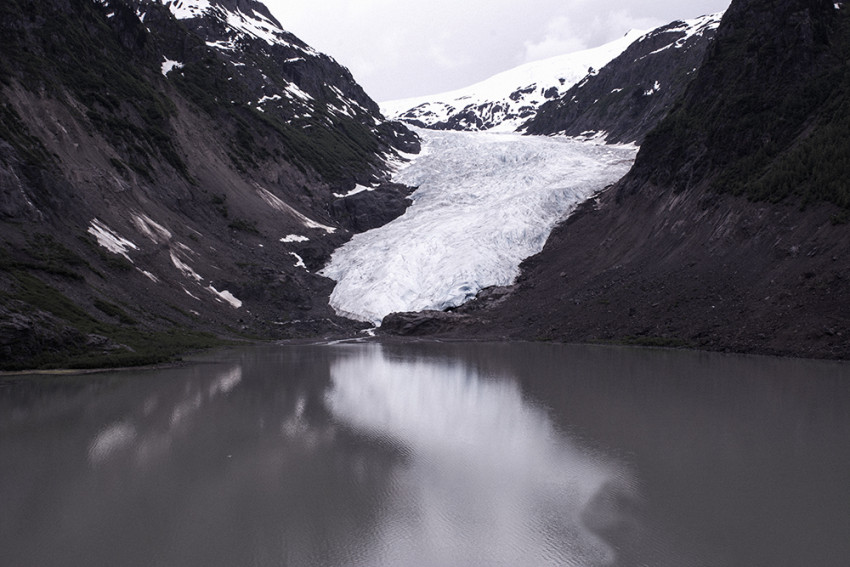 Passing Glaciers through these lonely roads was a somewhat common occurrence, but it wasn’t till Alaska that I understood their sheer size. 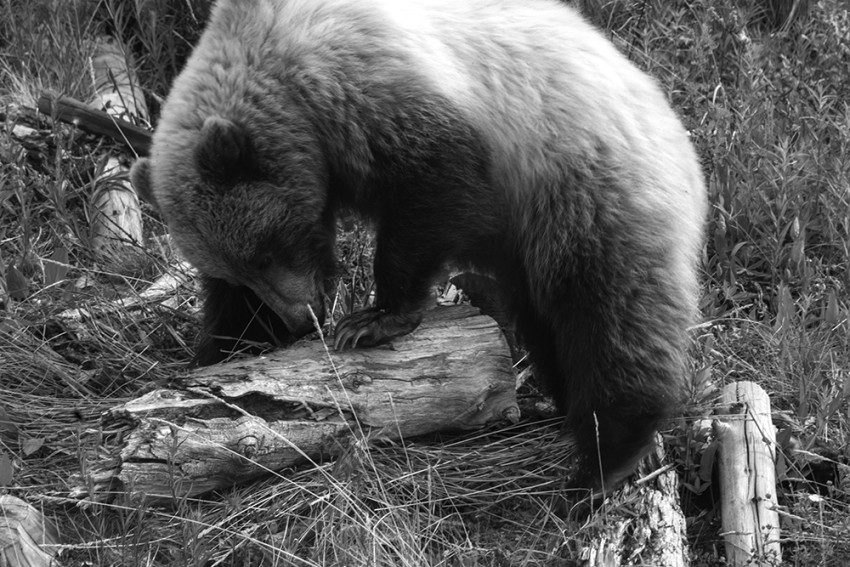 My first Grizzly Bear sighting, and contrary to my preconceptions, bears for the most part seem unaffected and uninterested by my presence. 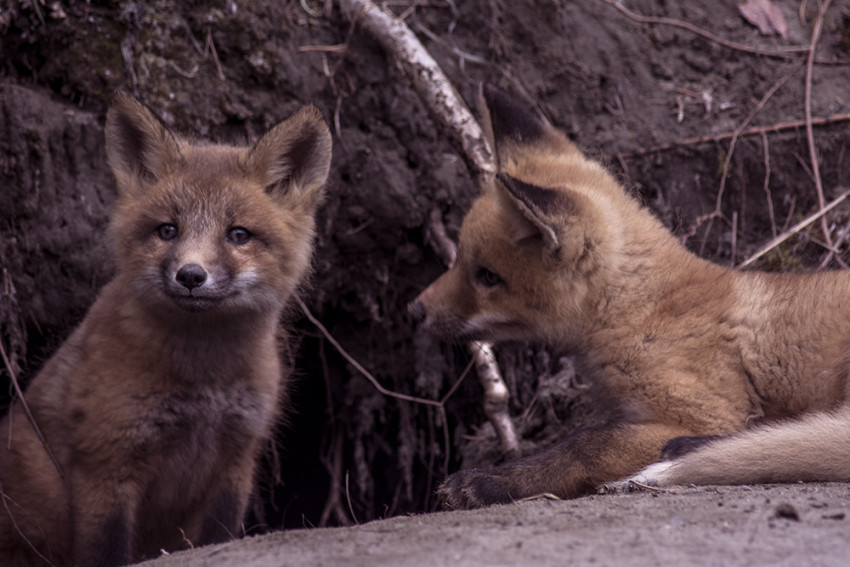 I came across these little chaps on a morning hike. As I had had minimal interaction with anyone for the last week, I ended up hanging out for a good part of the day, observing and chatting away with them. 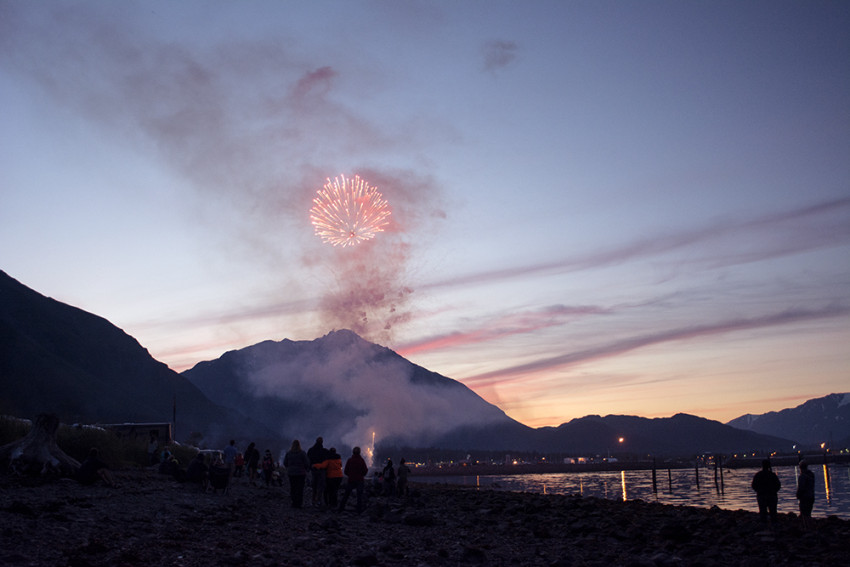 Days after arriving in Alaska marked the 4th of July. This far North and in the mist of summer meant the days were long. I quietly mused that the awkwardly day-lit fireworks were in honor of my journey. 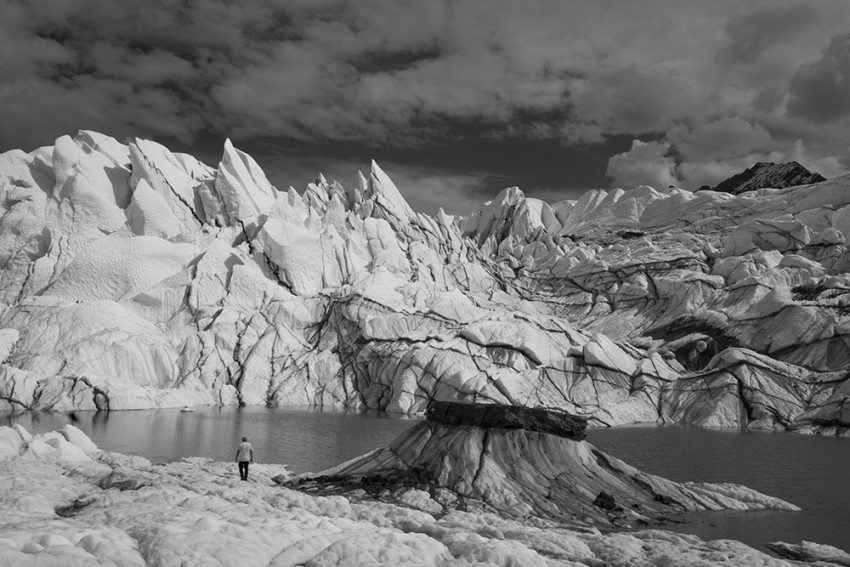 Walk an hour into the back or a glacier and one can quickly become lost. Fear surmounted as I picked my way over the subterranean rivers. The sounds of the ice mass groaning and cracking in a constant state of change sent panicked messages to my brain, and the fear of falling through to an inescapable frozen death nearly overwhelmed me. 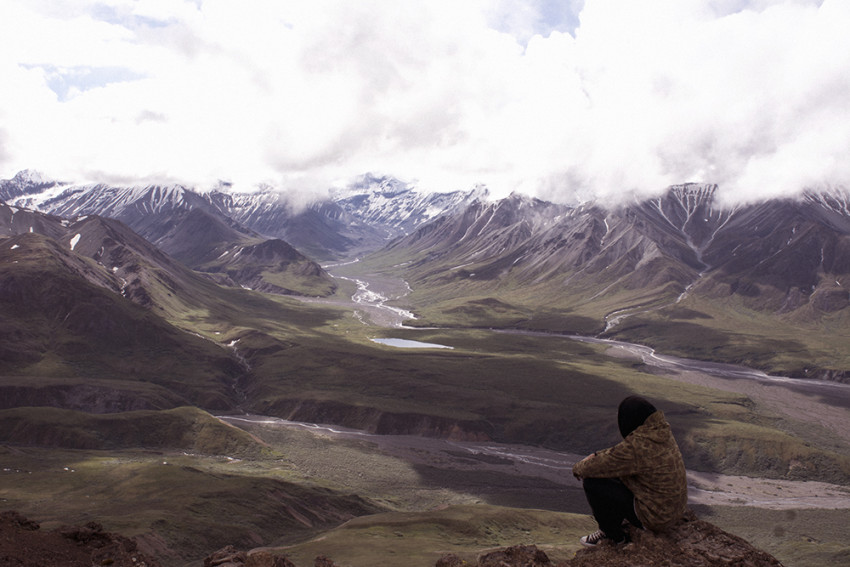 Denali National Park. I exited the green shuttle bus for some reprieve from the white-socked masses. Hiking to the top of this peak, hours from human presence or any help, I came across a sleeping Grizzly. It was at that moment I realized what it meant to be alone. 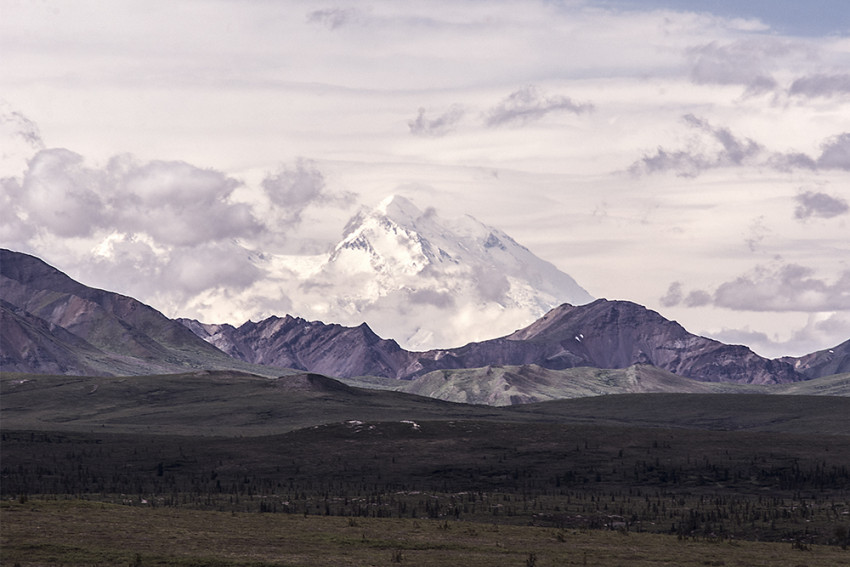