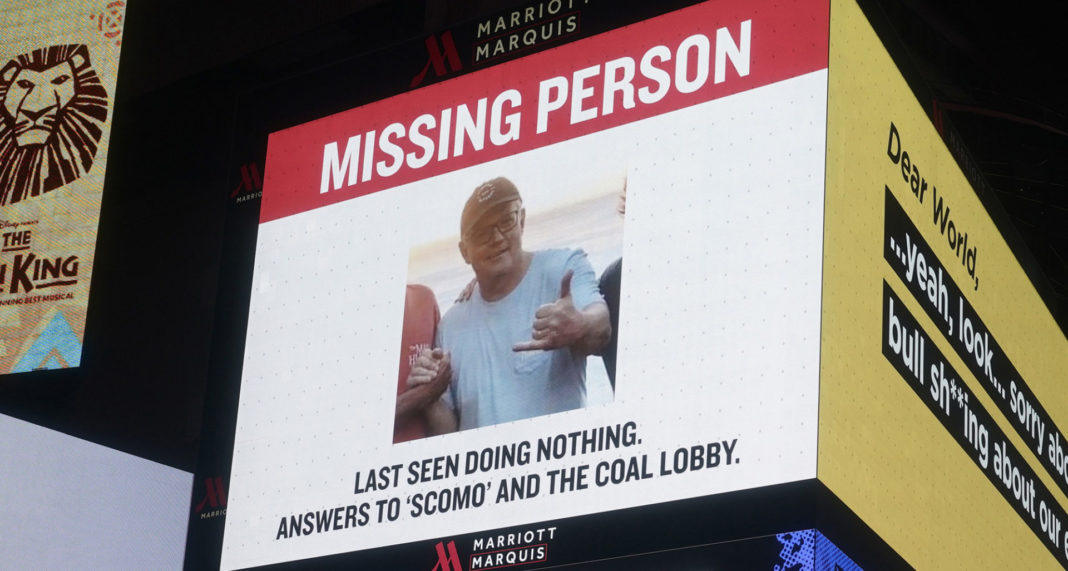 Scott Morrison’s complete lack of shits given about our planet has been highlighted in one of the most iconic locations in the world: NYC’s Times Square.

ScoMo is currently featured on a billboard accurately labelling him ‘Coal-o-phile Dundee,’ complete with burning kangaroos and kolas as a part of the ‘JokeKeeper’ campaign. This campaign was created in response to the federal government’s weak climate policies, even when the world’s heads of governments are literally at a summit right now (the COP26 climate talks) discussing how the heck we can at least try to save our planet. 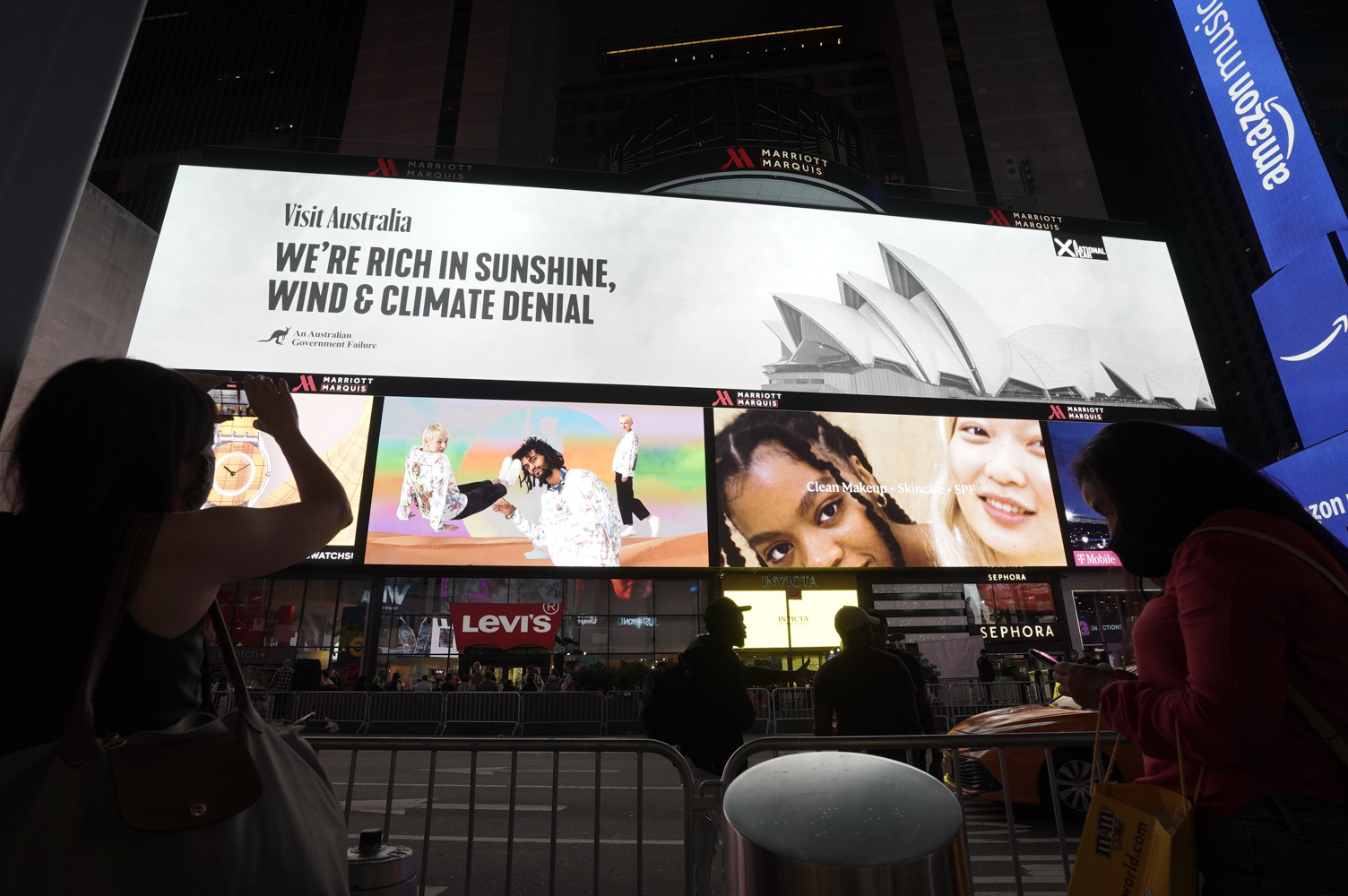 The whole thing has come compliments of Australian comedian Dan Ilic, who successfully set up a crowdfunding campaign via Indiegogo with a goal of $12,500 to pay for the billboard. The campaign has raised more than $220,000 and will be used to further publicly shame the Australian government, in the hopes that maybe they’ll wake up to themselves ahead of the federal election. These will include more billboards, satirical comedy videos, and pranks like the Capital Empathy College, where you can learn empathy in one hour at a pop-up store in Cronulla.

In response to the crowdfunding campaign, Dan Ilic has thanked everyone who donated and noted the common frustration felt by a lot of people: ‘I’m really pumped we could do this, it’s all thanks to you, regular Australians who are pissed off about the way our government does nothing to take responsibility for climate action.’ 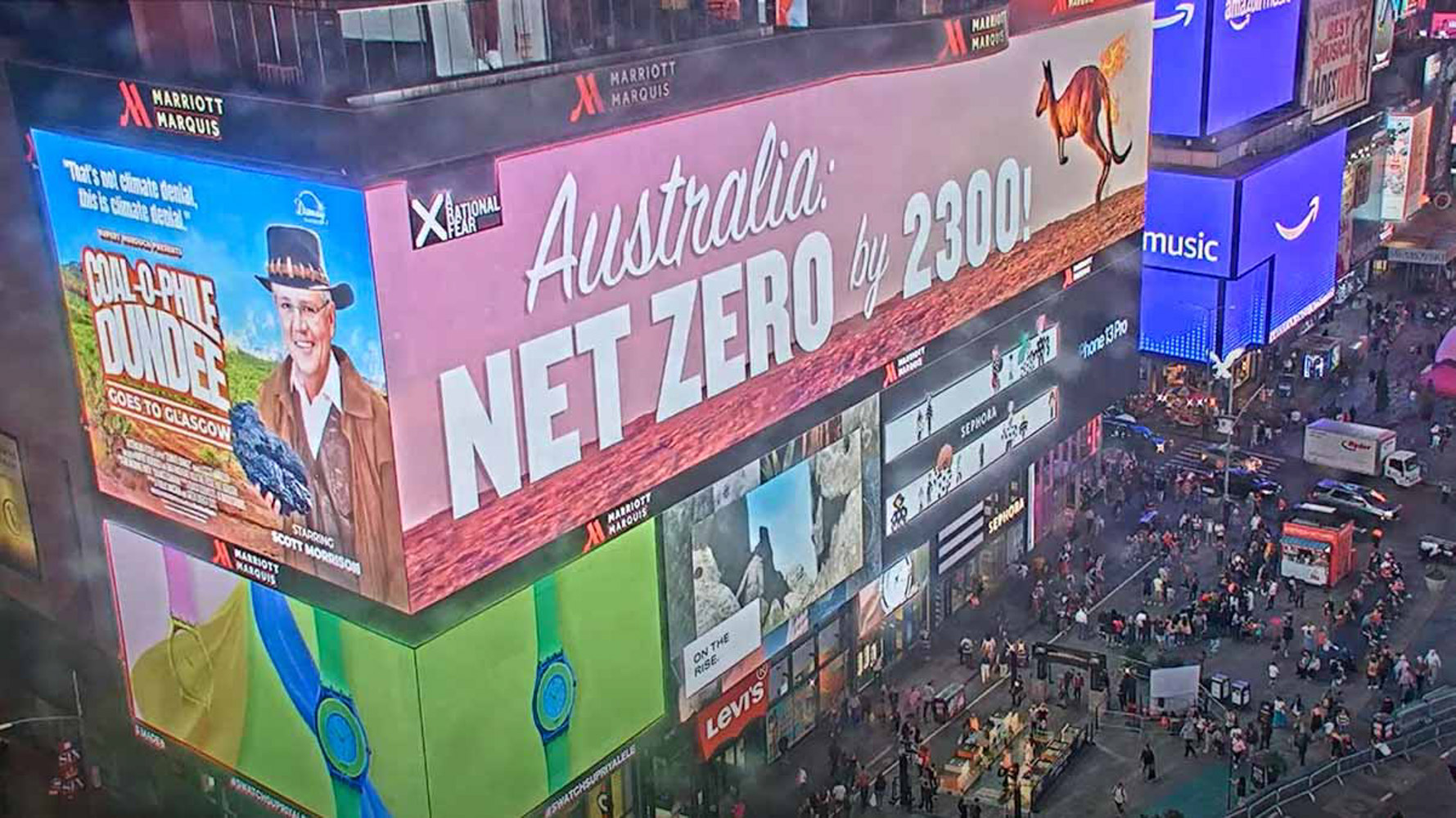 ScoMo wasn’t even going to the climate talks at one point and his stance on Net Zero targets remains unchanged—all while just continuing to pull figures out of his ass. In fact, he’s actually on record as saying, ‘Australia will probably overachieve on its 2030 emissions reduction’ just two days ago. Right, but we’re still the biggest coal exporters in the world? Even through satire, the Times Square billboard has more accurately depicted Australia’s net-zero target.