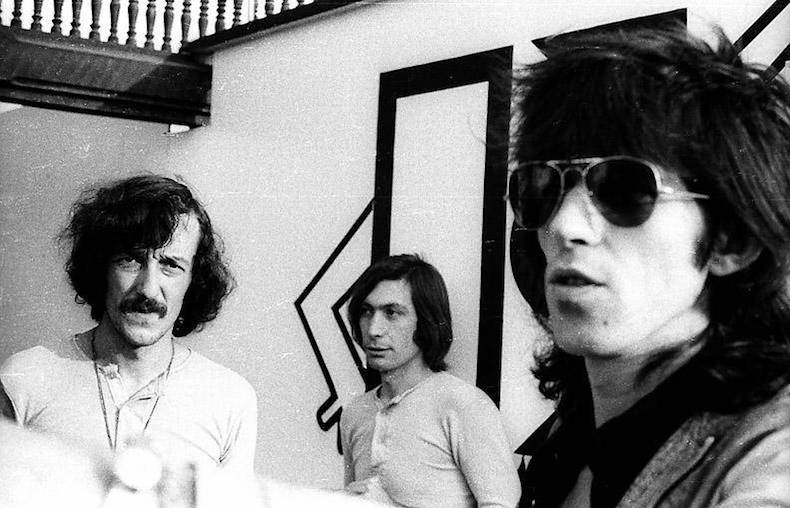 The year was 1969, and 100, 000 people had gathered in London’s Hyde Park to watch Eric Clapton’s band Blind Faith in concert.

Among them, Mick Jagger and Marianne Faithful. Though the band’s performance was shaky—no doubt from the intimidating 100K strong crowd that stood before them—Jagger liked what he saw. The Stones were looking to put on a show announcing their new drummer, Charlie Watts, and he wanted to talk to the man responsible for herding the masses on how they could get it done.

Sam Cutler hadn’t been born into the music industry. The adopted son of conservative Communists, he’d forged his own way at a young age, lending a hand at gigs as a stage hand and doing whatever else needed to be done. But he was good at it, and eventually dingy basements with relatively unknown acts turned into something bigger. Grimy post war London had turned into a colourful, sexually liberated and youth dominated town. And, more importantly, it saw the birth of some of the most revolutionary music of our time, made only better because parents hated it.

It was a time when, Sam believes, you had to pledge your allegiance to one of two camps: you were either a Stones fan or a Beatles fan. And for Sam, his choice would place him within the inner circles of some of the most famous rock bands in history.

“I didn’t like the fuckin’ Beatles man!” he says. “Shit your mother liked. My mother used to say ‘The Rolling Stones don’t wash their hair, but those Beatles with their nice clean hair… and they write such pretty tunes!’ Lennon and McCartney were very talented of course, but it wasn’t my thing. My thing was that I wanted to wear black leather jackets and be mean, a different trip.”

So when Jagger approached him and asked him to come aboard as tour manager that fateful day in Hyde Park, the answer was a no-brainer. After putting on a free Stones concert shortly after that saw an even bigger turnout (estimates are close to half a million) Sam headed on tour with the boys, gaining access to the inner circle of his preferred allegiance, and many more in the years to come: Pink Floyd, The Grateful Dead, Fleetwood Mac, to name just a few. As glamourous as it sounds, Sam in not so many words says it had its challenges: “Hardest job in the world, I tell ya. Breathe in and breathe out every fucking minute.”

Sam’s speaking to me on the phone from somewhere on the East coast of Australia, from the bus he’s been travelling around in for the past nine years. He’s survived three kinds of cancer, published a memoir, played an integral part in recently released Grateful Dead documentary Long Strange Trip, is a practising Buddhist, and has, “just finished a novel, it’s called Sex For The Over 80’s. I’m doing research for that at the moment as we speak.” So when he tells me he still feels 18 years old, there’s not a single reason to doubt him.

Despite being light years away from his years on the road as tour manager, he obligingly answers the same question he’s probably fielded more times in his life than any other—what was it like to tour with the Rolling Stones? “The Rolling Stones were very easy to tour with. Very English, say please and thank you and were gentlemen.”

It was the Grateful Dead who caused him significantly more grief, describing the process of managing them comparable to “herding cats.” “The Grateful Dead were a bunch of anarchic people who loved to have fun, so we had a lot of fun,” he says. “I had the job of teaching them how to tour in a kind of European band sense… to not fire water pistols in airports and stuff like that. ‘Don’t frighten the strays’ was our company motto. Another one was to practice invisibility, which is a bit difficult when you’ve got hair down to your arse, psychedelic clothes and guitars.”

Unfortunately for Sam, the difficulties of the job weren’t just limited to travel logistics and keeping water pistols away from airports. An era infamous for unbridled hedonism, particularly when it came to the plethora of drugs and alcohol that quickly appeared at the disposal of rock stars, it ensured his job was, “not like working for ASIO or Centrelink.” Use of heavy opiates, particularly heroin, in addition to alcohol meant his generation paid a heavy price, and one he believes people still haven’t really learnt from. “It’ll kill you. I’ve always personally been against heroin and opiates, the human race only needs opiates when they’re suffering from cancer. I’m much more of an acid and pot person myself, I’m an old hippy from the 60s. But I don’t do any drugs now, I haven’t done drugs for about four years. I’ve smoked cigarettes since I was nine years old.” 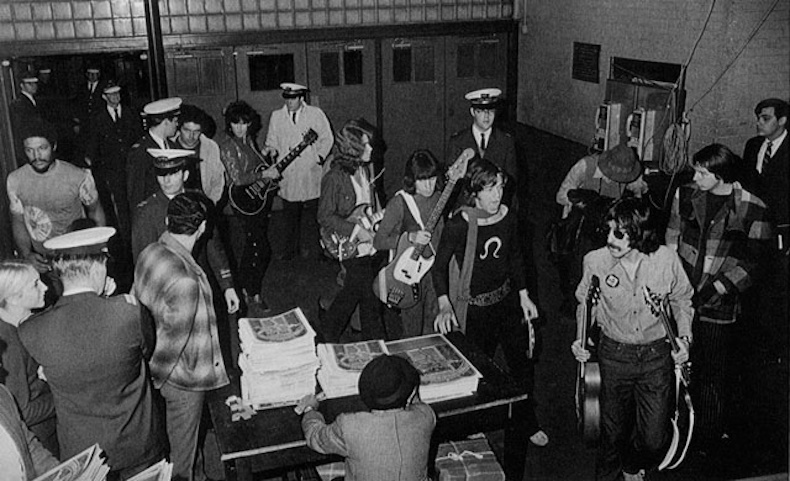 I ask if he was also a practising Buddhist all those years ago—the ‘what goes on tour stays on tour mentality’ is surely at odds with the quest to enlightenment? “For a little while on tour with the Grateful Dead, but when I toured with the Rolling Stones that was the height of self-indulgent hedonism on every level. I had lots of sex, lots of drugs and lots of rock n roll, to be frank about it. I don’t think there’s necessarily anything Buddhist about that.”

Though his touring years are far behind him, it’s not hard to imagine the cheeky English accent on the phone belonging to the man who stepped out in front of thousands to utter the now famous words of welcome, “Ladies and gentlemen, the greatest Rock and Roll band in the world…The Rolling Stones!” And it’s no wonder, with the arsenal of tales he’s collected over the years he wrote a book about it all. From taking the Stones’ limo back to his mum’s cul-de-sac street for a quick visit (much to the horror and delight of the neighbours behind the lace curtains), getting calls from Jerry Garcia who had a man with a gun in hotel room trying to kill him, and assisting an infamous Grateful Dead soundman who moonlighted as a LSD producer (AKA ‘The Bear’) stopping a “stark bollocks man stoned out of his gourds” from being beaten and arrested by the police—he’s seen it all. 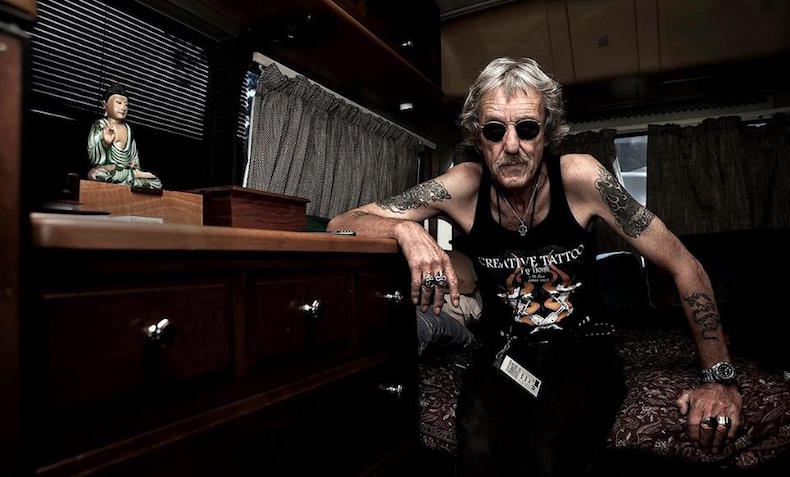 He’s also seen what it’s like decades down the track, when the parties have slowed down, the clinger-ons have mostly dispersed, and the world’s most famous rock stars continue to tour the globe well into their 70s. “If you go backstage at a Rolling Stones concert now, it’s as boring as bat shit. The strongest thing that anyone’s taking is Charlie drinking black coffee out of his own little personal percolator. Charlie’s been married to the same woman for over 50 years bless him, Keith, contrary to popular opinion, has only ever lived with two women in his life, his current wife Patti and Anita Pallenberg…The one who loves to spread it about is Mick, he just can’t wait to give it to everyone and make babies. He’s doin’ it like crazy.”

Watch A Long Strange Trip here or buy Sam’s book You Can’t Always Get What You Want: My Life with the Rolling Stones, Grateful Dead and Other Wonderful Reprobates here.