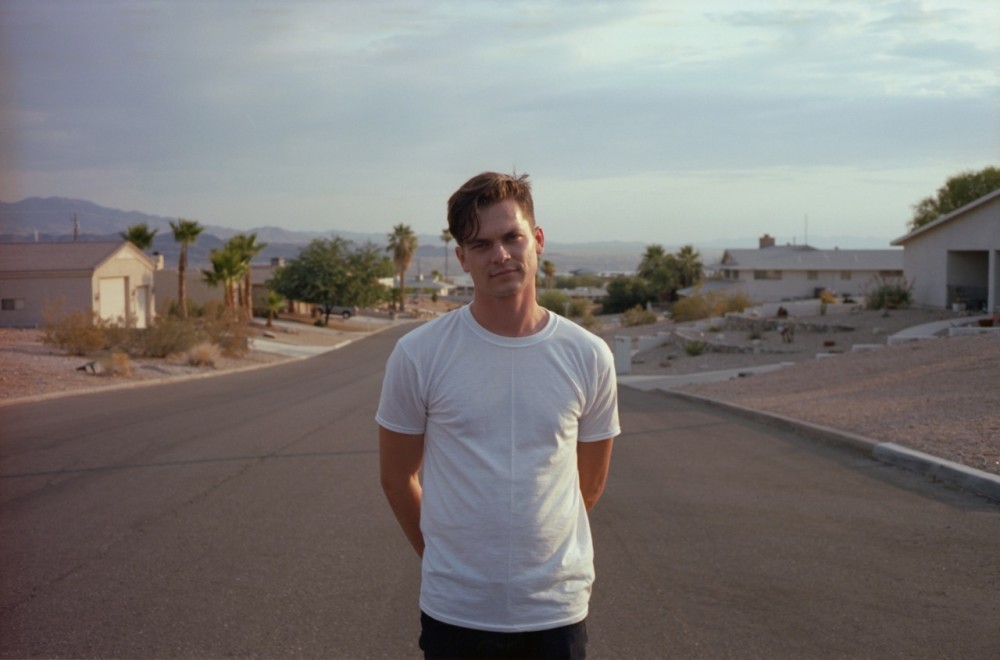 There’s something so powerful in the quietness of a story told well. In a world where everyone is on the upsell, it’s great to see that the art of sincere, heart-felt storytelling still exists. Ryan Reichenfeld is an LA based director who lives to tell these stories. Ryan dives into the adventure, then emerges wiping away the sweat, tears and dirty pond water to tell the tale in all its glory. I recently had a chat to Ryan about his work, particularly his latest project, Sean.

MC: Tell me about your favourite place to go or thing to do to clear your head and think?

RR: It’s hard to tell yourself to come up with an idea on the spot, ideally I like to be able to marinate on an idea then in a relaxed offbeat moment it will crystalize on it’s own. This usually happens while I’m driving in my car for some reason, sometimes driving can put you in a weird meditative state, you drive for blocks thinking about something and you look up and you missed your turn six freeway exits back.

When I’m thinking, I bust out my phone and start taking these wild sounding voice memos. If we lived in the era before cell phones I’d be the guy strapped to a tape recorder or calling my house to leave brainstorms on my own answering machine. Even if it’s a fully formed idea in my head I need to talk it out loud to someone or some thing for it to really come to life.

I like it. It seems incongruous, but it can happen. It’s your own space, I guess?

Yeah, I guess. The irony is that being in a car in Los Angeles is almost always a bogus experience, but sometimes you slip into these weird waking dream states where your mind just floats elsewhere and your hands and feet just keep the car going straight. It sounds sketchy when I explain it out loud but I’m pretty sure other people go through it too.

How did the project Sean come about?

My friends AG Rojas and Vince Haycock started a documentary series with Dazed called “TRIBUTE.” It focuses on films about youth around the world. I had just gone back to my old hometown, Lake Havasu City, AZ, to visit the skate park that I grew up in as it was going to be torn down to make way for a new one. I just got inspired by where I used to live. I saw the place and the people living there in a different light. It’s not a famous place but to people who know about it they think about it in a very specific and narrow way, like a bro-centric spring break paradise. I felt obligated to make a film about someone who went through something close to what my experience was while I was growing up there. Someone who wasn’t a part of that culture, who had an inside perspective on what it’s like to be a fish out of water in what I only now realize is such a strange place. 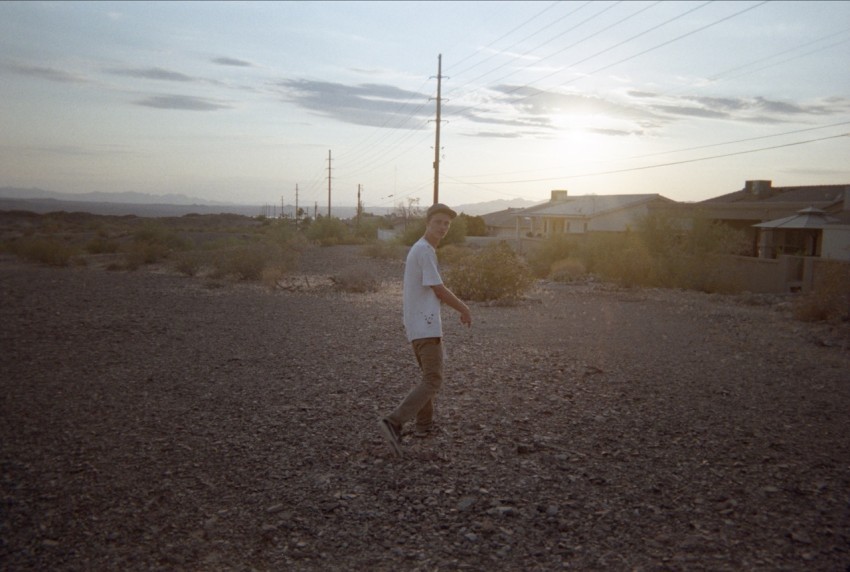 I can’t believe Havasu has a bridge from London, so trippy.

Havasu is an island in the desert, the closet thing is a tiny town called Parker, which is about 45 minutes away and on the edge of an Indian reservation. Then the next closest thing is Las Vegas, which is 2 hours in the other direction. McCullough, who founded the town in the 1960’s, bought the bridge from London as an idea for a tourist attraction. You’ll see tons of tourists pile out of a bus, take photos for 15 minutes, then pile back in the bus to go onto their next stop, like a glorified photo-op bathroom break.

Your work seems to involve lot of tracking and movement. Do you think this comes from how you see the world from your skateboarding days?

That’s hard to answer. What I can say is that moving the camera has been something that has always come very naturally to me, but every time I do anything with the camera, I’m looking to inject meaning and reveal intention in doing so. That’s not to say I’m not up for spontaneity, after all, Sean is a documentary at its core. I just need to make sure the spontaneity is focused and specific.

I am always fascinated by the use of darkness / night in film and how it’s been treated through the years. I notice there’s darkness in a lot of your work.

I had a bit of a rough upbringing, my parents were divorced because my dad was running around with a motorcycle gang and was on drugs. My mom moved us to the town that Sean was shot, and it’s kind of a dark place, figuratively and literally. There are no streetlights really, and it’s dark enough at night that you can see the stars. It’s a town where you can get into a lot of trouble as a kid. After I moved out to LA, as skateboarder we would have to break into skate spots and light them up at night in order to skate them without getting kicked out. The night has a certain energy that I’ve always felt close to. I’m not all about doom and gloom, but I guess darkness is just what feels familiar.

How is the transition to bigger budgets and crews from generating your own smaller projects?

Right before I shot Sean I’d just come off a half a million-dollar TVC, and the project I did right after I shot Sean was the Justin Timberlake music video which was also about half a million. Sean cost almost nothing—I bought meals for everyone, my DP even helped out with some of the gas money, and we bought some beers for the guys at the rental house for letting us borrow the camera for free, and that was pretty much it. In terms of scope, Sean was just my DP, my girlfriend producing/organizing, her brother downloading cards and driving the car, and me. Our approach was extremely intimate and it shows on screen with the way an introverted person like Sean was able to open up to us. It was the camera and our one character and nothing got in the way of us getting down to the bottom of what he was feeling.

Have you ever been refused entry to a bar?

The first film I ever made got into the Insight clothing 300 second’s festival. I was just out of high school, they called me from Australia to tell me I made the cut, and I was ecstatic. I thought I was going to fly out to tour with the festival; they were having screenings in Australia, New Zealand, Los Angeles, New York, London and Paris. So I called the guy from the festival to tell him I got my passport application in and he was just like “ya… so we can’t fly you out, but if you make it out to Australia definitely come up and say hi.”

I totally misread the situation. So, I just crewed up and brought two cars full of people to the LA screening which was actually 2 hours away at this bar in San Diego. We get to the door and they wouldn’t let me in because I was 19. So the guy from the company talked to him and they allowed us to stand just inside the door behind a rope to watch the films. The films where playing on a projector against the wall while people partied, when my film came up I realized they’d also spelled my name wrong. I was treating it like it was my Sundance, and even after all of that it still was a big deal to me at the time, but from a big picture perspective the festival was just a reason for a clothing company to throw a little party. That’s the only time I wasn’t let into a bar.

Would you consider yourself half empty or half full glass type?

I think that a lot of artists, not that they’re bipolar in nature, but I think depending on what stage of the project they’re in, their glass could be 99% empty, or totally overflowing. I think right now in my life, I am lucky enough to make projects that speak to me and that I am really proud of. I think most would like to say they’re a “Half Full” person but every project is a series of ups and downs. When you’re emotionally involved in anything it’s always going to be a roller coaster. But, I just finished a few good projects and have a few things in the works that speak to what I want to be doing creatively, so right now I’m in a good place.

Some behind the scenes images from the SEAN shoot: 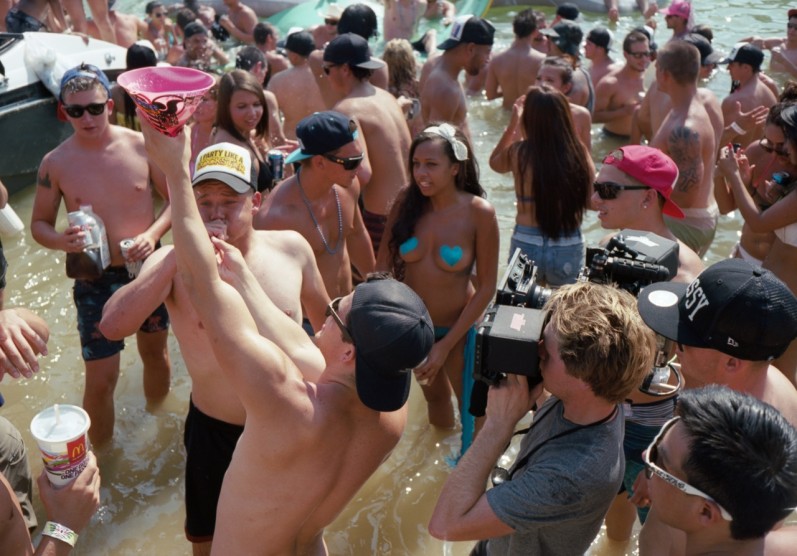 My DP Ryan Carmody in the thick of the London bridge channel.  We were only shooting in this spot for about40 minutes. In that short time my skateboard got stolen, Sean got hassled by two separate bros during a take, and we witnessed an attempted public date rape in knee deep water that got broken up. 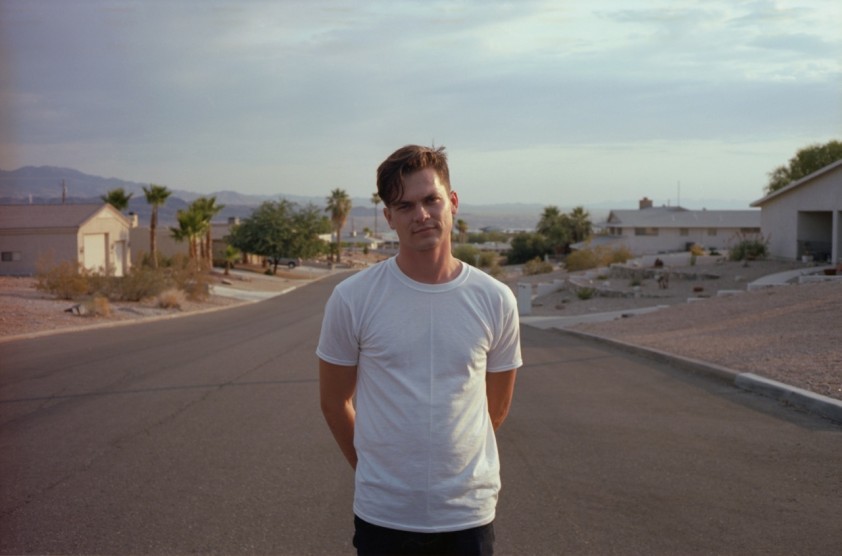 I gave my girlfriend my film camera to shoot photos while we were filming the movie and she got this one of me standing on Sean’s street.  This is actually the road he skates down at night/morning in the film as he’s going to work at 4am. (photo credit Morgan Rojas) 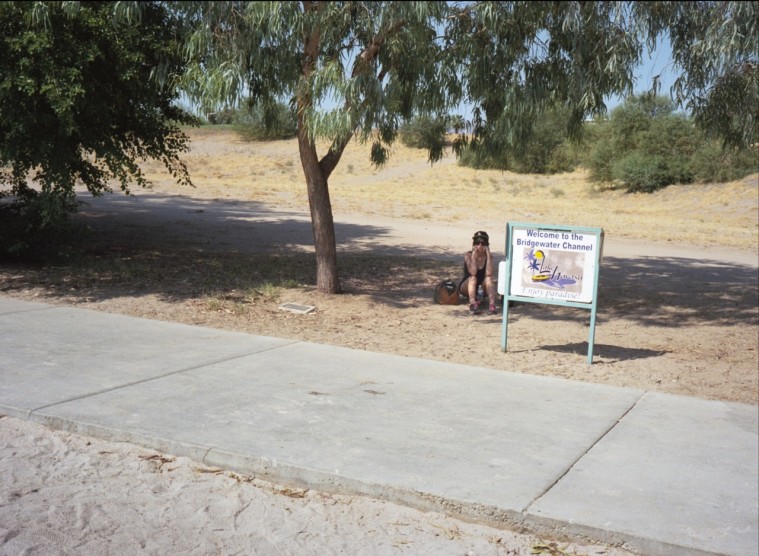