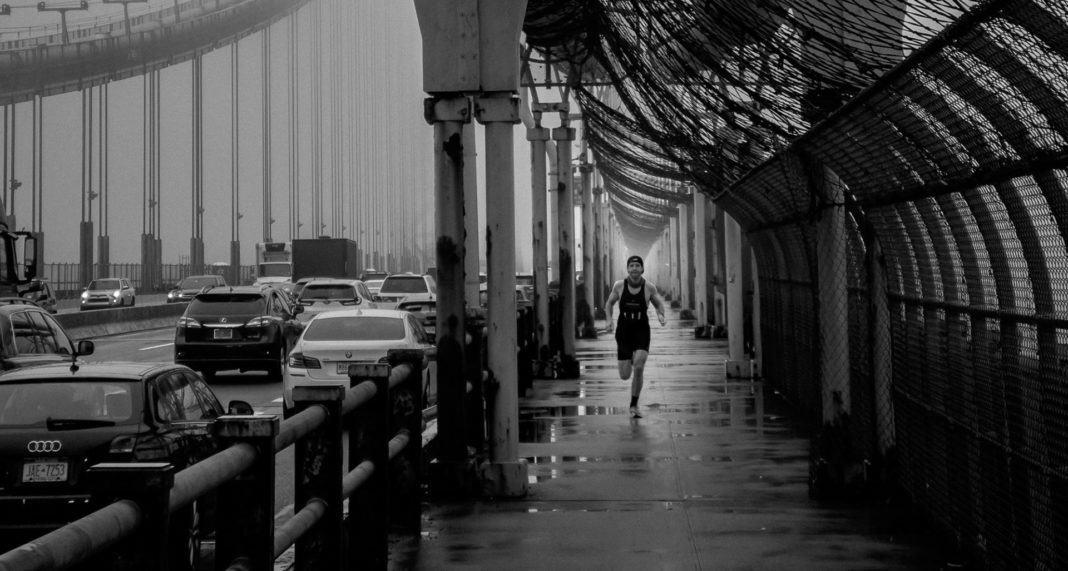 This bit of writing is about running. It’s also about the Tarot, but it’s also about rhythm and play, and the apocalypse and hope.

Hope has been in critically short supply recently. Each morning I listen to the news and stare with dead eyes at the grey London skies outside my window… the war over Taiwan… inside the coalitions climate war... ‘Dear God, how will we live today,’ I ask myself before taking some very deep breaths, lacing up my running shoes, and heading out the door. Two hours later I’m back in the exact same spot, wet, tired, wired, and shielding a miraculous glimmer of hope in my breast. 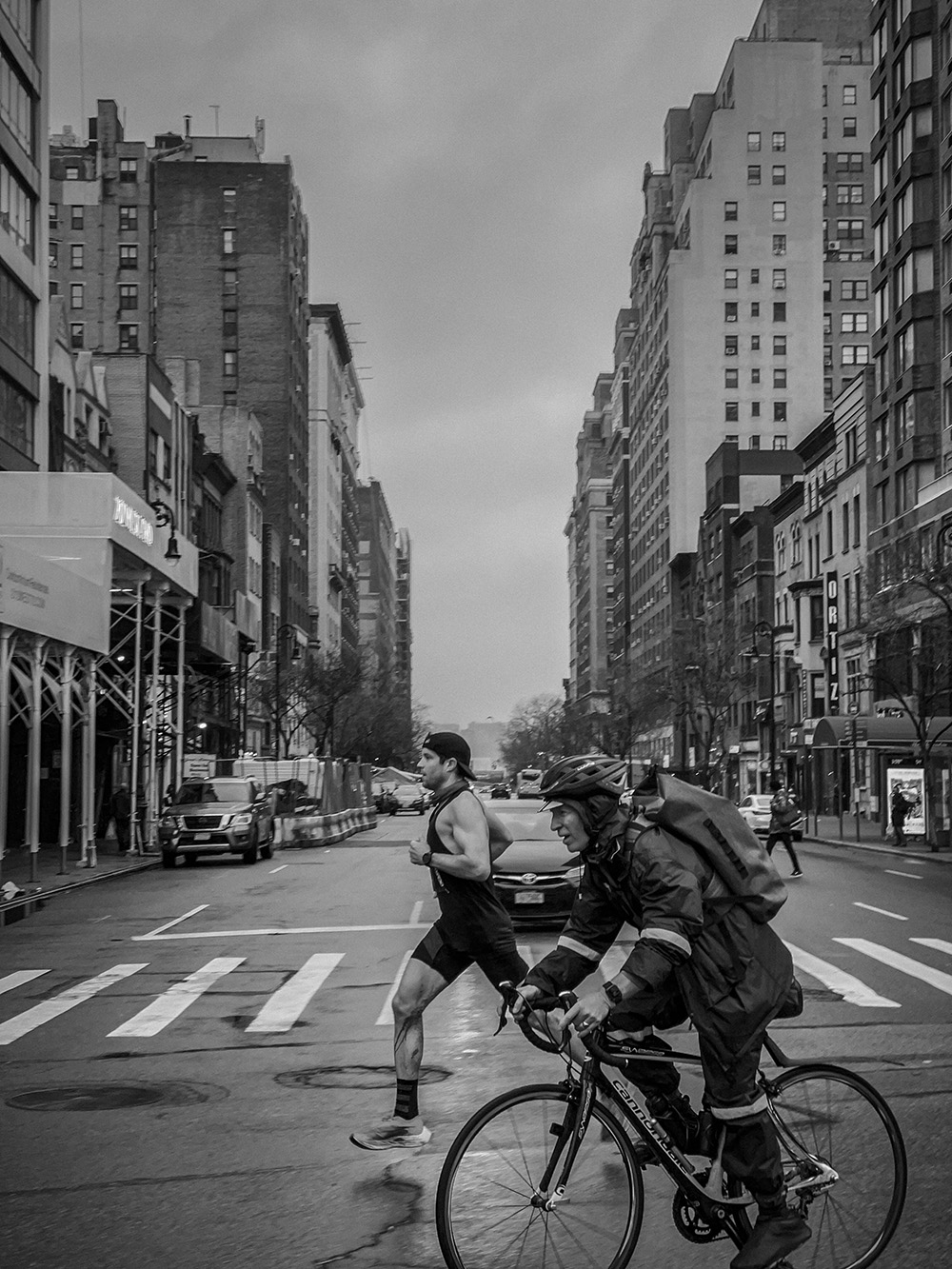 To state the blindingly obvious, the last 18 months has been fucking hard. We’ve all been there, here. New and hyper-advanced forms of analgesics are invented just fast enough to stupefy us before the great black wings of real-life cloak us in a more absolute dread than ever before: the true End of Days. God knows how we’ve got to this point, but I can’t help thinking that our unquenchable desire for new stuff and the obscene amount of time we’re meant to spend working in order to acquire this stuff has something to do with it. Like mice in a wheel, we scamper from work to reward and back again, trying to fill a deep hole in our souls. We’re conditioned from a very young age to value work as something ennobling, and anything outside that as indulgent and only acceptable if we have worked hard enough to earn it. As Frederic Gros says in A Philosophy of Walking, ‘So pervasive is the pressure [to work] that even leisure carries the stamp of single-mindedness.’ I’ve laboured under this decree most of my adult life and while it has got results—albums and such—it is as water in a broken cup. So how do we get off this interminably depressing merry-go-round, where even things we do for pleasure end up being work in play’s clothing? We have to do something for absolutely no reason. Something for its own sake. We have to remember how to play. 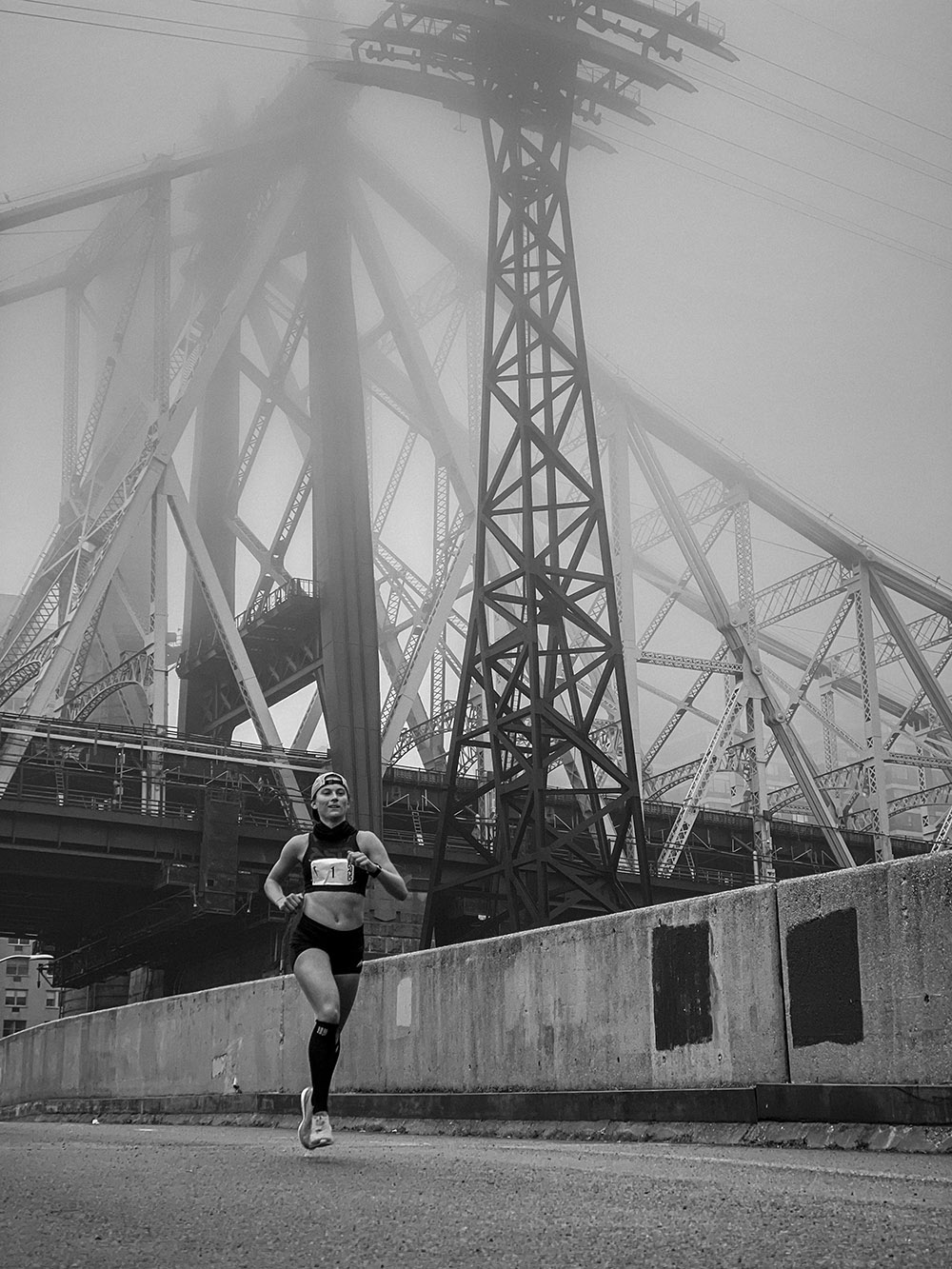 When we play, we are taking a deliberately inefficient path towards a goal. When we are deep in play, purpose is left behind; we are not seeking any future reward or redemption of the past—we’re just doing it. That’s where the cycle of work ends; when we’re engaged in something not for what it brings us, but for its own Good, because it is ‘intrinsically valuable.’ To play is to do something Good enough that it is its own reward. Through this, we can relocate the value in life that we once knew as children, and so reconcile ourselves with the feeling that all the pain and anguish the world dishes up on the daily is actually worth all the trouble. There are infinite ways to find these intrinsically valuable moments of non-work (I hope you’re all thinking of your own now), but the oldest form of play for many adult humans, and the one I’m writing about, is running.

In saying this, running is often assigned an instrumental value. Through it, we might seek good health, a rocking bod, a delicious dopamine hit, or even a medal. Sometimes we might seek to relocate addictions to drugs, alcohol, or disordered eating. The running world is rife with stories of people replacing substance abuse with exercise abuse. Charlie Engle, the first person to run across the Sahara desert, used running to overcome alcohol and meth addiction. There are so many more examples that sometimes it seems like the norm. I watched a YouTube video about the extraordinary Courtney Dauwalter in which various personalities grapple with the apparent cognitive dissonance presented by a world champion ultra-runner who isn’t a recovering addict. ‘Where are her demons?’ they ask incredulously. I’m not here to write a story about addiction and recovery, even though I totally could (and probably should). I want to explore what comes after that, when running is not a vehicle for gaining something else, when it is at its best, done in accordance with the Zen principle of ‘acting without any final goal’. And I want to explore demons. 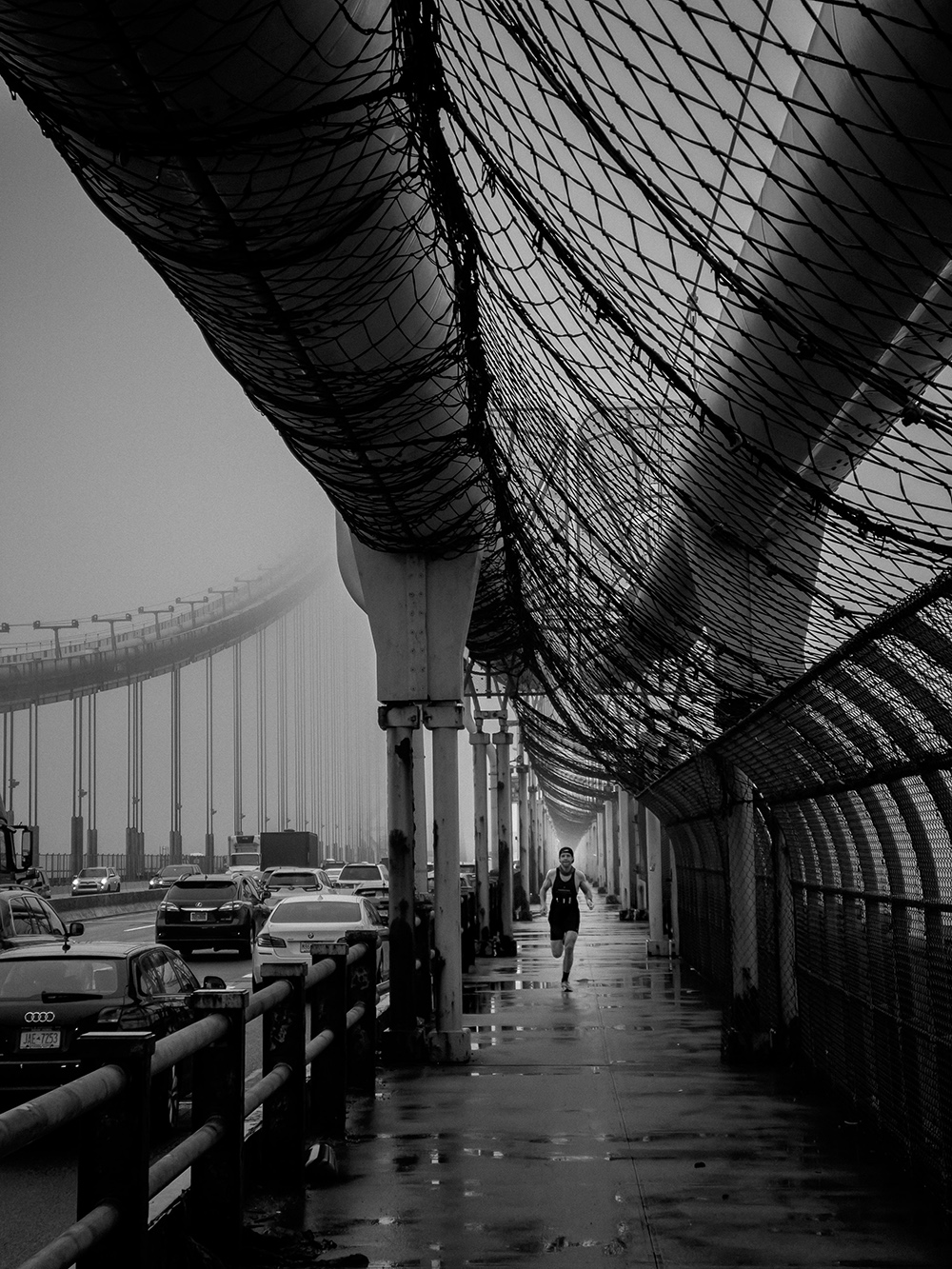 Meditation seeks to achieve a state of oneness or ‘non-duality’ where we are not seeking, we are simply being; a state that I reckon sounds suspiciously like being lost in play. In a study of prominent Tibetan monks, scientist Sean O’Nuallian found that during meditation they would literally switch their brains into a ‘low-power mode,’ which he correlated to a heightened experience of selflessness. In long-distance running, we divert all our energy towards putting one foot in front of the other, and so the brain compensates by going into a ‘low-power mode’ similar to the one described by O’Nuillian. Our mind is wiped clean of the extrinsic awareness we’re used to, and, as Haruki Murakami wrote, ‘…my mind empties itself… The thoughts that impose themselves on me while running are like gusts of wind—they appear all of a sudden, disappear again and change nothing.’

Recently, I spoke to two runners: Jonty Brown and Mark Kerry. Jonty is a good friend who ran across England in a week to raise money for juvenile diabetes. Mark holds the fastest known time for the Dales High Way, a 144-kilometre mountain pass from Saltaire to Appleby-in-Westmorland which he ran in twenty hours and thirty minutes. I asked them on separate occasions the question that formed the most painfully vague starting point for this little piece of writing: Why do you run? Both replied with something to the effect of ‘Gotta keep the demons at bay somehow.’ Demons? Who are these demons? What do they look like and what exactly is their aversion to exercise? Naturally, I addressed this question in the most occult-ish means possible. I consulted the Tarot, pulling out Arcanum XV to see what I was dealing with. I laid the card down and Le Diable stood there, tits and cock bared proudly, waving at me, cross-eyed with their tongue stuck out. They’re making fun of me, the bastard! In Alejandro Jodorowsky and Marianne Costa’s The Way of the Tarot it says, ‘The figures on this card are a blend of the human and the animal, which makes reference to our primordial powers, the prehistoric memories buried in the deepest depths of the nervous system.’ This makes me think of the long-forgotten powers of childhood, ‘A kind of knowing that once permeated the lilting days of a life that was still young’ (Rowlands). I search Le Diable for more insight and see the feet of the nymphs resemble tree roots, embedded in the black soil beneath them. It reminds me of the strange joy of getting my shoe bogged in the mud while running along the New River Canal. The demons are grounded in the earth, at one with their environment, like we are when we dance or run purely and well. As I look at the Arcanum XV, I realise that Jonty and Mark might not be running from demons, but running with them. I guess that’s what David Lee Roth was singing about in ‘Runnin’ with the Devil’: ‘I found the simple life, it’s so simple, When I jumped out, on that road…’ 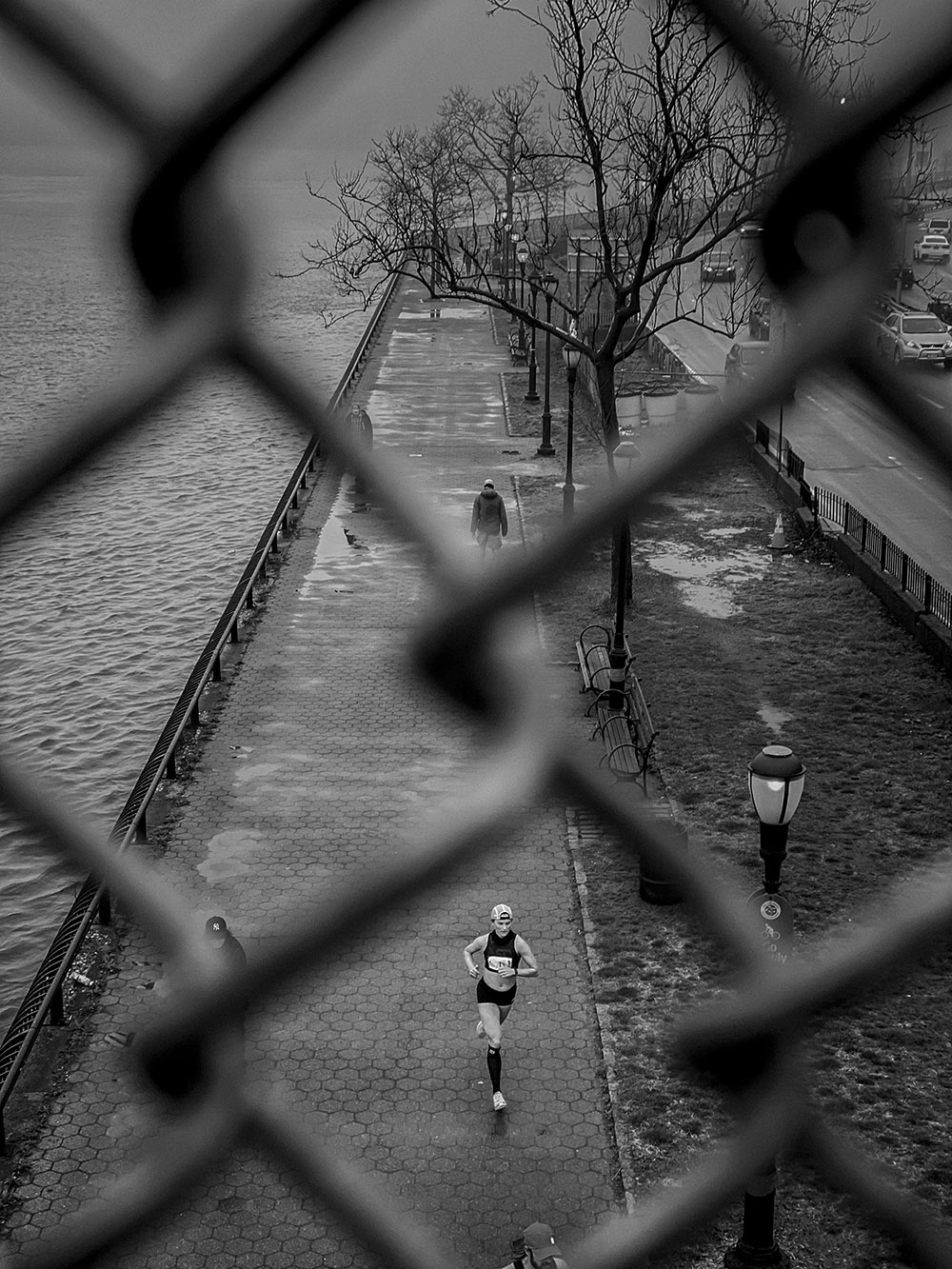 Speaking of Van Halen, another meditative aspect of running is rhythm. When talking to Jonty about what he gets out of running, he balled up his hands and said, ‘Before I start, my mind is all tangled up, like spaghetti, and with each jolt of my feet on the ground,’—he taps the tabletop until his fists are jostled into a neatly interlocked handshake—’things start to make sense… it’s all about tempo.’ We’ve been using music and dance to induce a state of transcendence for a long, long time. The oldest known musical instruments appear in the archaeological record from 40,000 years ago, and rhythm’s ability to induce trance is well known. If you’ve been clubbing, then you’re probably aware of the moment when the insistent rhythms and exhaustion collide and plunge you into an opium pool where we forget the Before and the After and we are just dancing. Our brains have been emptied—switched to ‘low-power mode’—and we’re no longer aware of anything at all. We’re doing something simply because it’s worth doing, and that is a precious and healing moment. This happens in running. 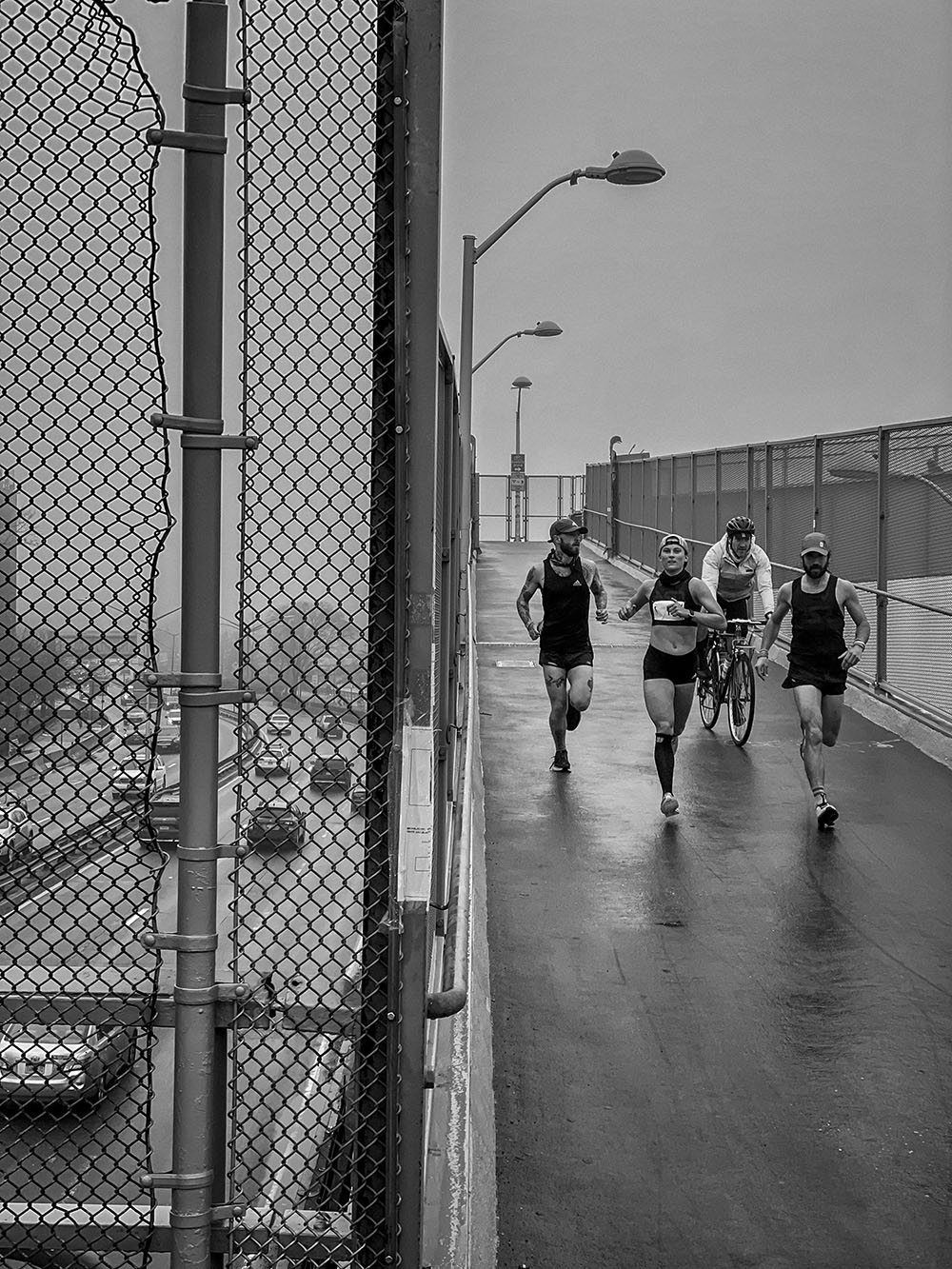 In a world of such endemic suffering, it can be hard to push on. The endless barrage of injustice coupled with our growing social disconnectedness has resulted in a global epidemic of depression and anxiety. Heidegger described this modernist gestell as the ‘darkened of the world’ in which everything is assigned an instrumental value—even nature itself—and so humans can never find the locus of that which makes life worthwhile because we are always working, without respite, towards something else. And this ground-breaking work of abject cynicism was penned long before Heidegger could hear a fellow human say ‘Do you remember the mannequin challenge’ or ‘Hashtag couple goals.’ Amid such profound hopelessness, how can we support our friends if we can’t even work ourselves toward something truly Good and real? I think one possible answer is to seek, cherish and cling to the moments where purpose is left behind and we free ourselves of the fears and fantasies of the past and future. Music, dance and running are ancient things that combine rhythm and endurance to guide us into a meditative state of selflessness where we’re no longer working towards a goal, we’re playing. As Mark Rowlands writes, ‘…at its best, and at its purest, the purpose of running is simply to run. Running is a member of the class of human activities that carry their purpose within themselves.’ In finding these moments, we can rekindle a sense of hope by remembering the value in life. We can build a small fire inside us to warm our souls, and maybe even radiate that heat towards others. 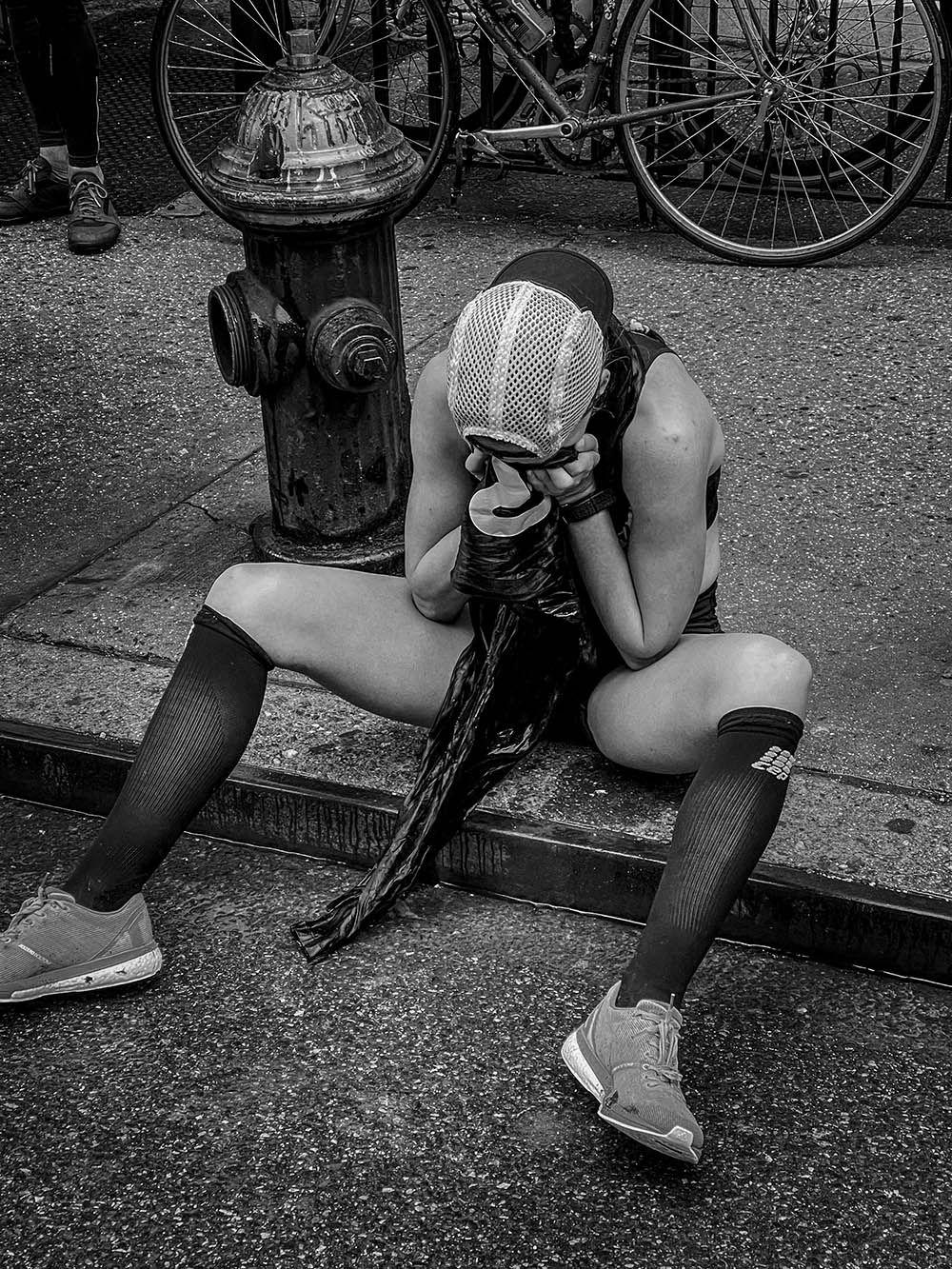 None of this is to say that the instrumental benefits of running are not worth our energy: raising money for charity is definitely a good thing, as is physical health, but the value that comes with that is something money can’t buy. I think Wayne Wolmby, Indigenous Marathon Project squad member and Wik Mungkan and Kugu Muminh man, summed it up best: ‘This journey is amazing. I want to show our people this healthy, strong and spiritual lifestyle; to be out there running, to take advantage of this beautiful country we live in, to be a role model for the next generation… Sometimes when I go for a run there is a big mob of people wanting to join me. I see the ripple effect working with my younger cousins, I see us creating a new cycle of health.’ 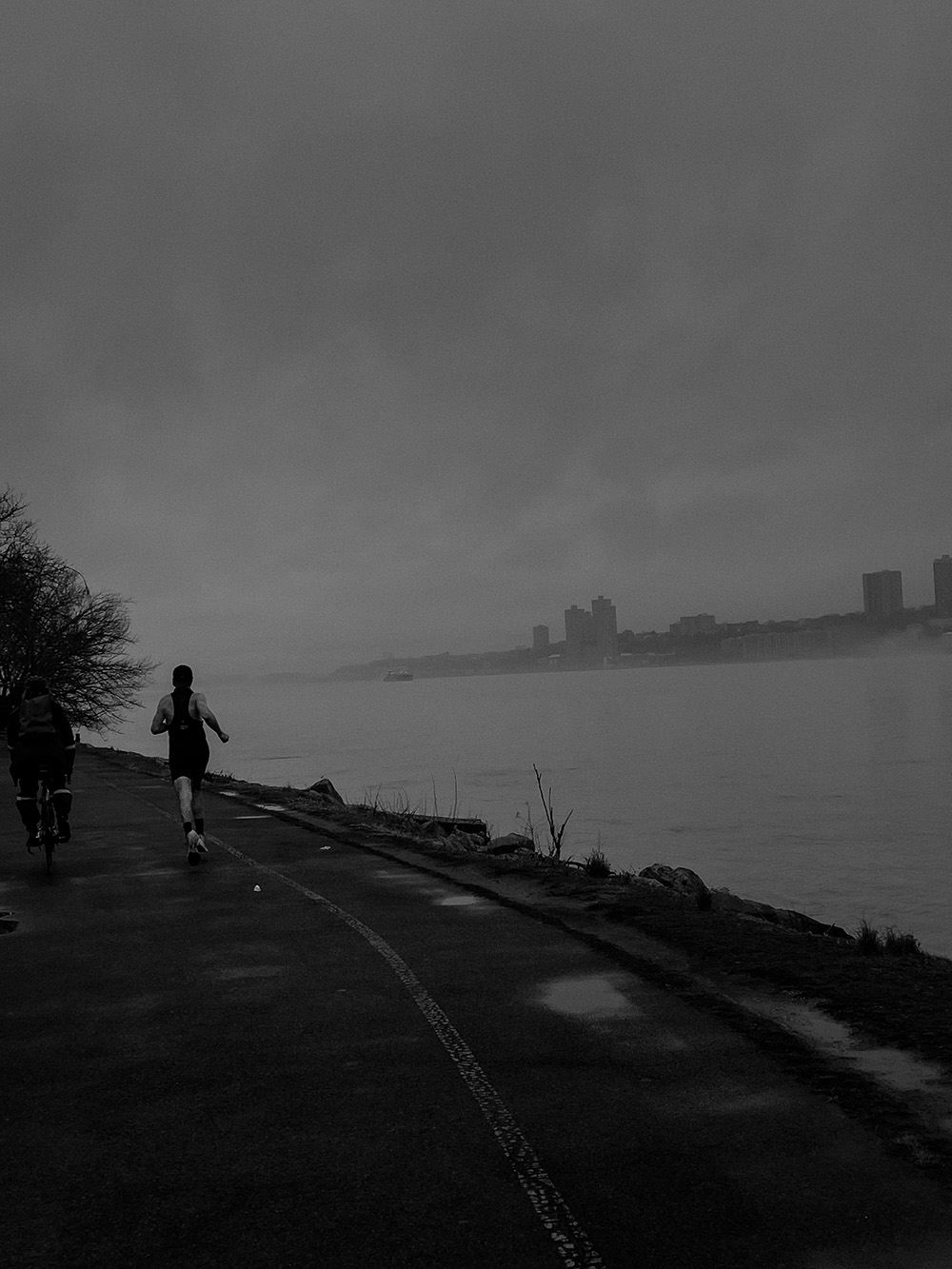