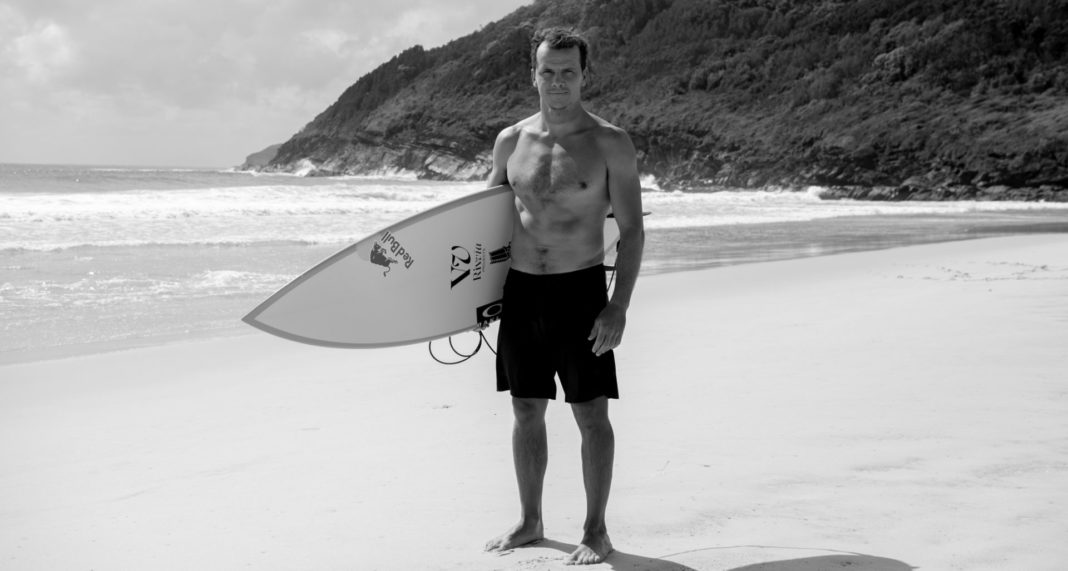 Julian Wilson’s Rivvia Projects is the new brand on the block for anyone who engages in multiple sports and likes looking good while doing those sports.

It’s a men’s surf and activewear brand designed to move effortlessly from sport to street and is influenced by Wilson’s many passions outside of surfing. Taking time off from the tour has proved to be very productive for Julian, and so we jumped on a call with him to find out just how much.

First off, where does the name Rivvia come from?

It actually comes from my two kids. I’ve got a boy, River—I call him Riv—and I’ve got a daughter, Olivia—I call her Via—so marry them together and we got Rivvia. 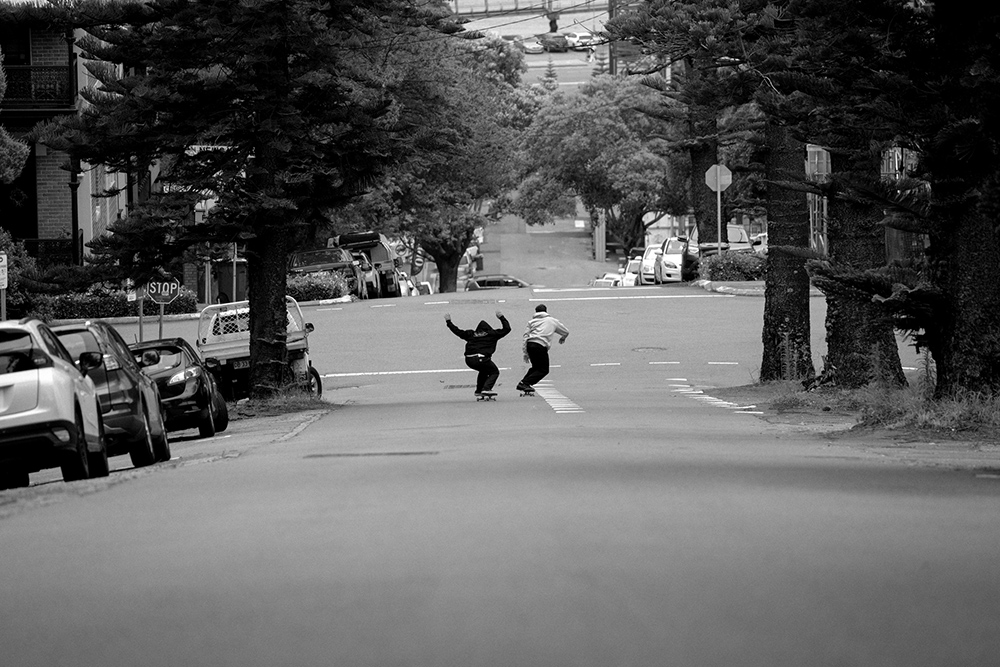 What about the brand itself, where did the idea come from?

It’s just an expression of myself, really; and all the things I’m into and passionate about. I decided to take a break from the competition, prioritising my family. With covid and quarantine, it gave me the time and opportunity to actually bring the idea to life. It’s really just a passion project to create something that’s not exactly there and see where it goes. The main focus of the brand is surf and exercise, but it’s also influenced by my other passions and hobbies. It’s a crossover of different sports, but also attire that is not specifically tailored to any sport. Except for the surf aspect. 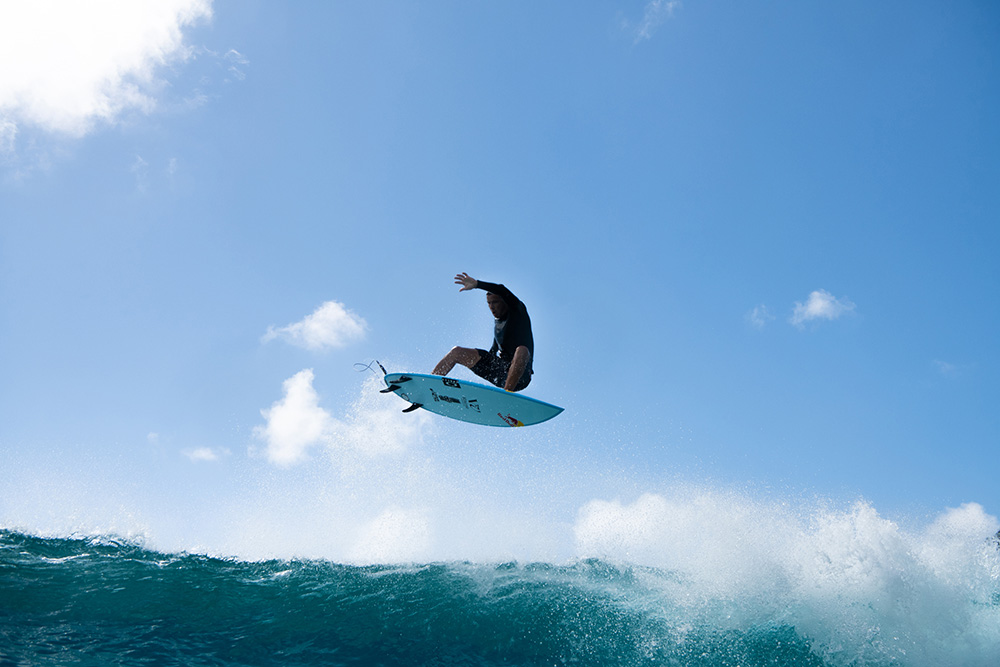 What are your other passions?

Golfing, motorbiking, skating, and mountain bike riding. The idea is for the exercise gear to cross over from each of these. For example, the Chino pants we have—I skate in them. I play golf in them. I go check the waves in them. It’s comfortable, functional wear that is urban-influenced. I’ve trained my whole life and I’ve only ever worn specific activewear brands when I do that, but I’d love to wear something that is more street influenced. Something I can go for a walk with my wife in, or for a skate down the street and not feel like I’m in gym-tailored attire. Multipurpose surf activewear. 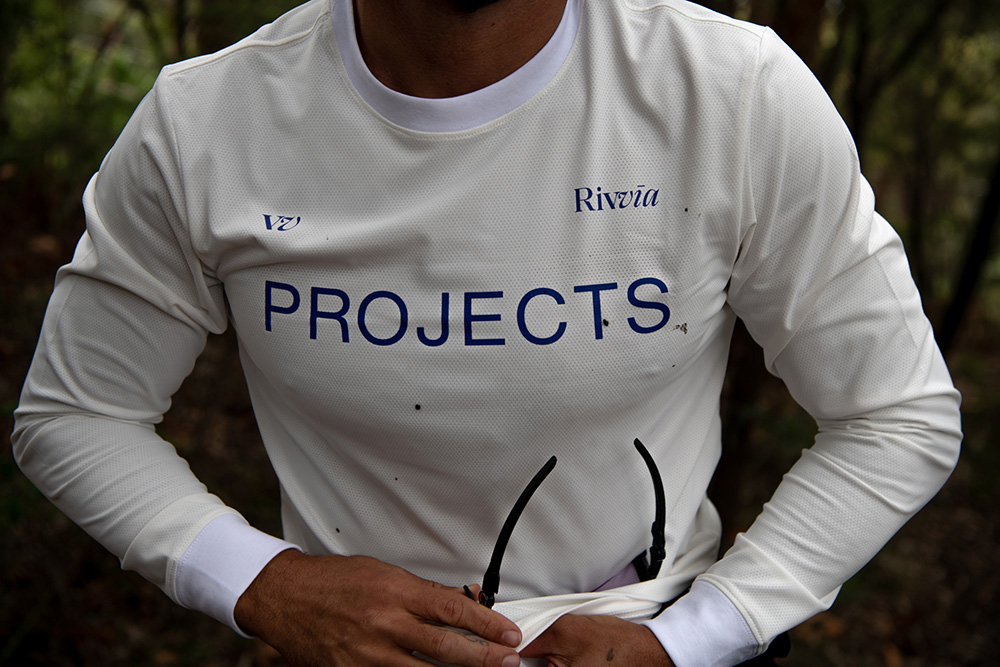 How’s the research and development going? Just flat out surfing and playing golf all day?

It’s a great excuse to have a lot of fun that’s for sure. Our first shoot to release the brand was piecing together all the sports, which was yeah, just lots of surfing and motorbiking. Just in surfing alone, I grew up longboarding before I short boarded and now that I have time away from the tour, I’ve got time to enjoy riding other boards again. I’ve been back on the longboards and twin fins and whatever I fancy riding on the day, so even just creating boardshorts for the different kinds of surfing I’ve been doing is an aspect of Rivvia Projects. We’ve created something a little more specific to longboarding which is a bit heavier, with less stretch and shorter in length, but more tailored to what I like to wear longboarding. Then something a little bit more technical for when I am shortboarding. So that’s been fun testing that. 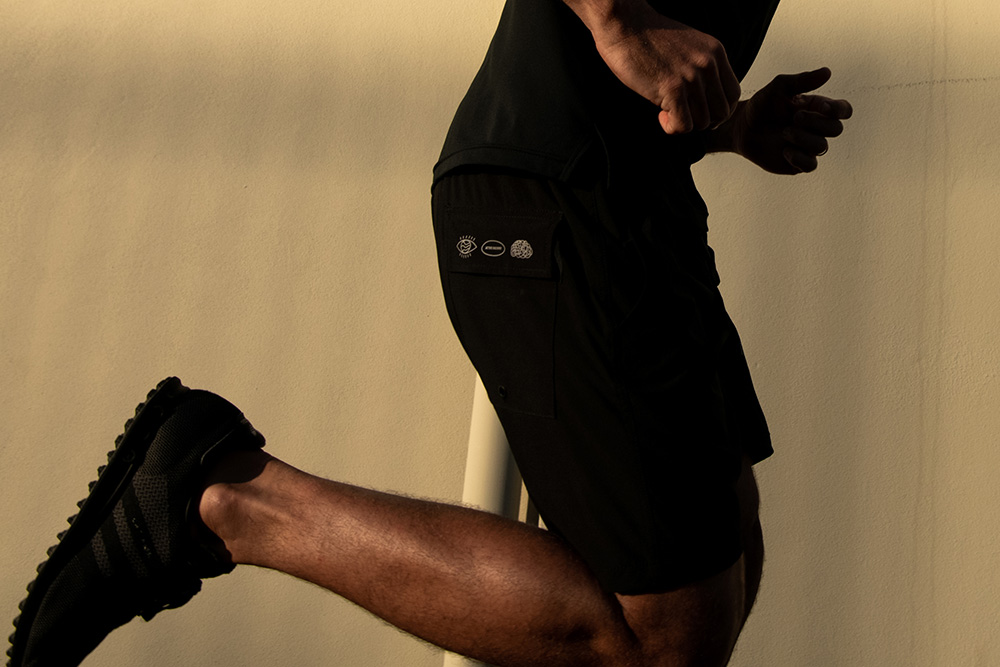 You made an announcement on socials that the response has been really positive since launching. Tell us about that.

We had a plan to reveal the brand and build some interest around it, create an appetite for people to want to support the brand and be a part of it in some way. The response has exceeded expectations, and that has sped up the urge to get the products earlier than we had planned. The initial response has been amazing, with people wanting it right away. We’d planned for the full range to be released at the start of May but it’s looking like we’ll have some things ready before then. It’s a great problem to have. 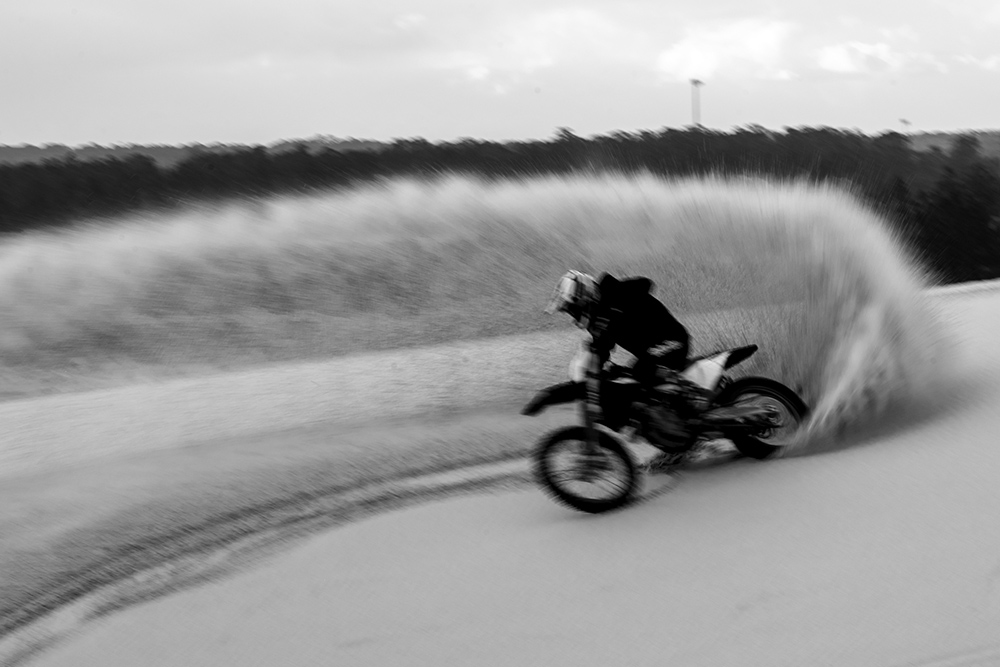 Where will it be available?

The full range will be available online in May.

Yeah, we have everything set up for Australia, the USA, Japan, and Europe—particularly France, Spain and Portugal. 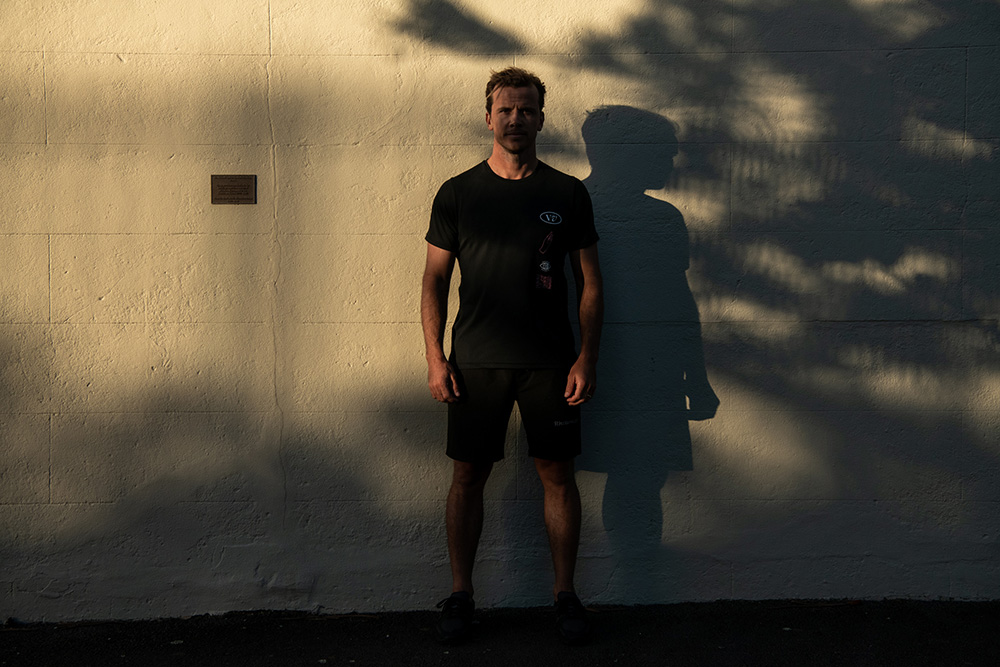 And I see that you’re recruiting some testers for an upcoming photo project. Can you tell us about that? I have a feeling there’d be some fairly keen punters for this part of the project.

So we’re getting 150 boardshorts made up. The boardshorts will be numbered from 1-150, just a one-off pair of the very first Rivvia boardshorts. They’re going to be the technical boardshorts, so the premium boardshorts. We already think they’re at a good place but we want to get those boardshorts out to people who are genuinely interested in the brand to test them out and give us some feedback. We will then apply some of those feedback changes to the boardshorts for the final product. We want to make something with the community and something that people are a part of and really happy with, especially people that spend a lot of time in the water. It’s a fun part of the project, with some people that will see their changes directly applied to the boardshorts. 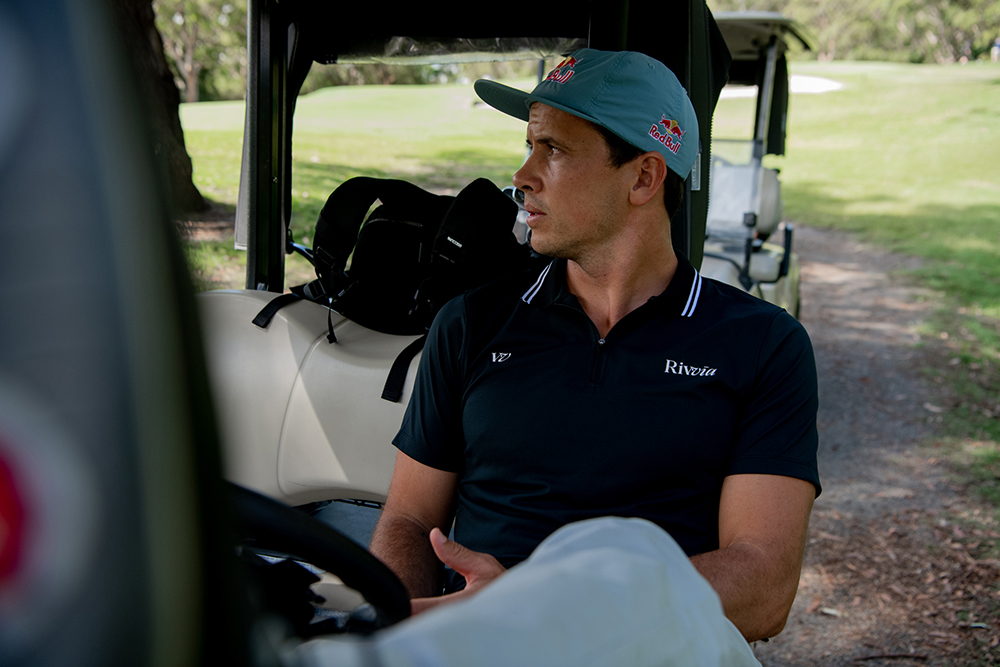 How do we get this one-off pair?

Just need to subscribe to our website and we’ll choose a bunch from there. Go surf and then the feedback will be noted and celebrated.

Sign up here for updates and to be recruited for the upcoming photo project here.