The first week of George Floyd protests was truly extraordinary…

I mean, the protests are still extraordinary in so many different ways, but to me, that first week was really something. People were justifiably angry about the systemic racism that has lead to the countless murders of black people by police, and they took to the streets. Protestors were non-violent but they did vandalize, spray painting ‘Black Lives Matter’, ‘FTP’, ‘George Floyd’, etc on buildings, sidewalks, and streets, and they smashing police car windows and even burned a few. Looters took to luxury retail in Soho and midtown, and various other establishments along the way. NYPD responded to the protests by escalating tensions and committing more violence: tackling, pepper spraying, beating with batons, and arresting protestors. But the exposure and global support during that first week helped project a voice that could not be controlled, ignored or silenced. 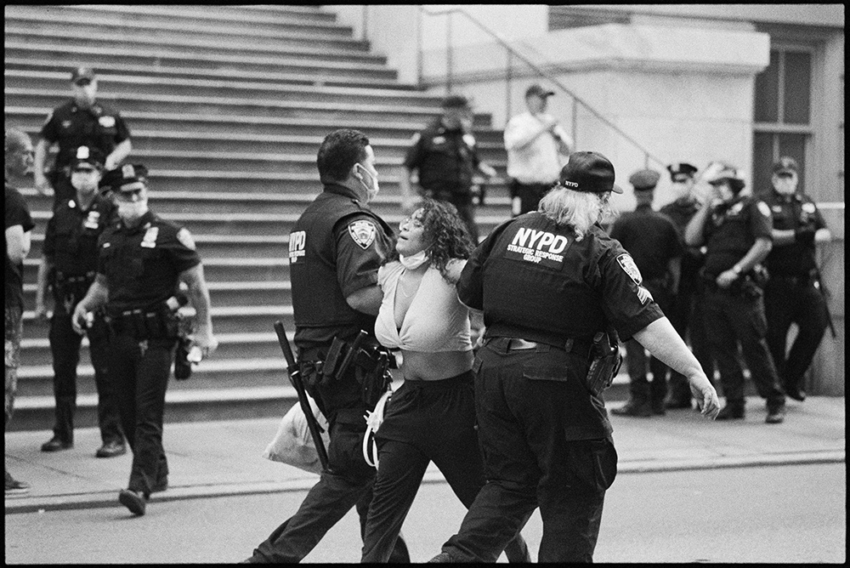 Since then, the protests have evolved, and are much bigger and more organized. There are multiple actions every day, spreading to various neighborhoods throughout each borough. Marches, vigils, bike rides, family and kids events, meditations, morning runs, and paddle outs at Rockaway beach. 15,000 people showed up for Black Trans Lives just the other day, one of the many events that Sunday. There are daily schedules with live updates on march progress on the Instagram account @justiceforgeorgenyc. Speakers are sometimes mic’d to a wireless PA system, with a large PA rolling along on a cargo bike and smaller speakers on the backpacks of other bikers. 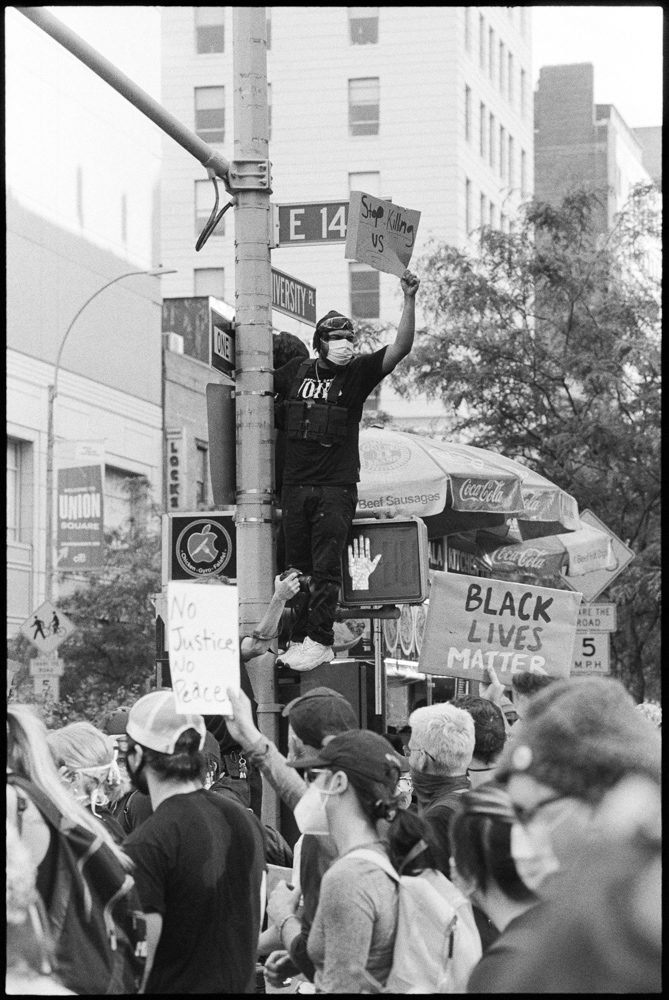 There are volunteer crews traveling alongside marches handing out free snacks, water, coffee, masks, hand sanitizer, and sometimes pizza slices, sandwiches, and vegan hummus wraps. Taking a knee and bridge marches have become a regular occurrence, and there’s occasionally drums, music and dancing. Usually, a crew of cyclists escorts the march to help block cars at the next intersection, and there was even a police-escorted march over the Brooklyn Bridge when George Floyd’s brother led a memorial service. The protests are more peaceful now. The NYPD seems to have pulled back a bit, and overall everything is a little more PG.

It doesn’t seem like a bad thing, the movement has grown and spread around the world. The week of ‘rioting’ brought a lot of attention and outrage, which helped expand the conversations, petitions, fundraising, and power of the movement beyond what we saw after Ferguson and Baltimore 5—6 years ago. I just hope the larger peaceful numbers will keep the momentum going, and keep officials paying attention and making changes. 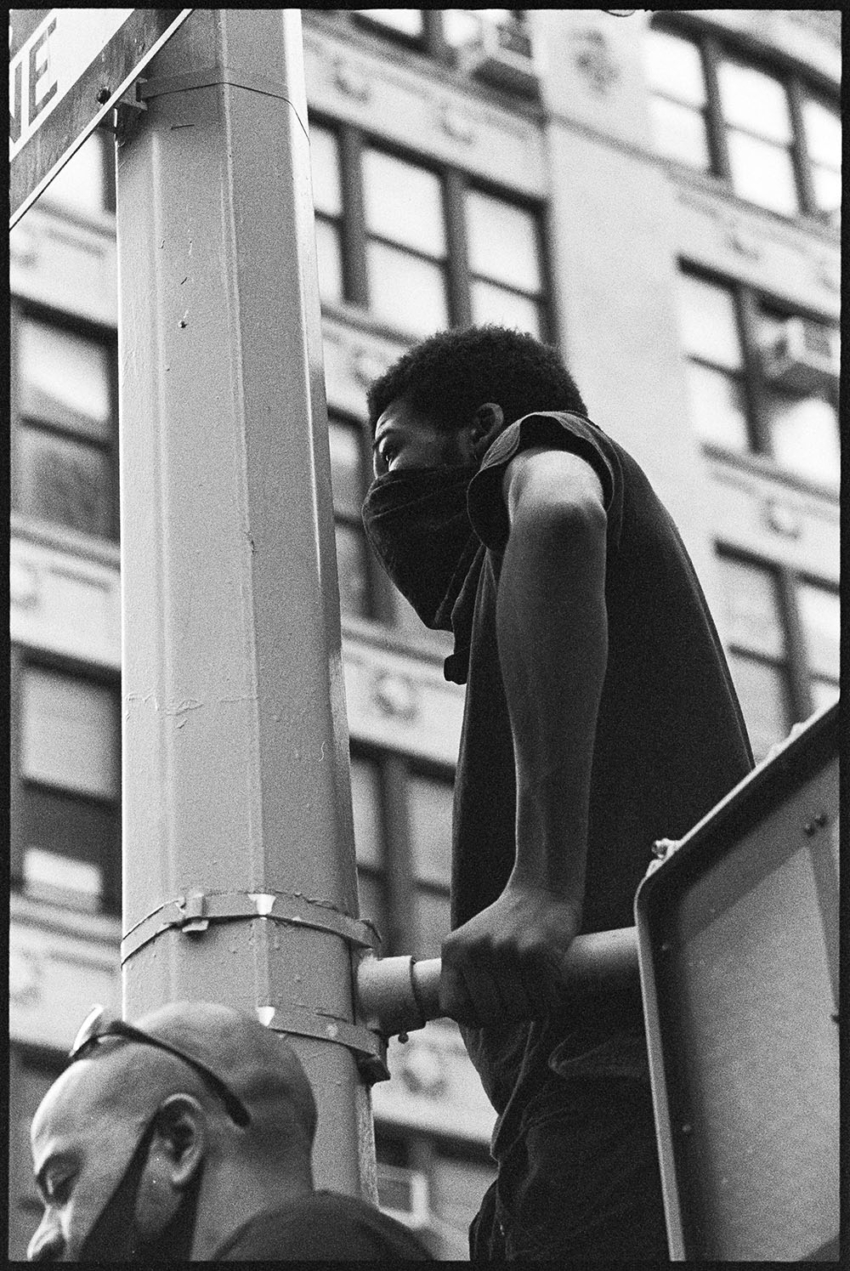 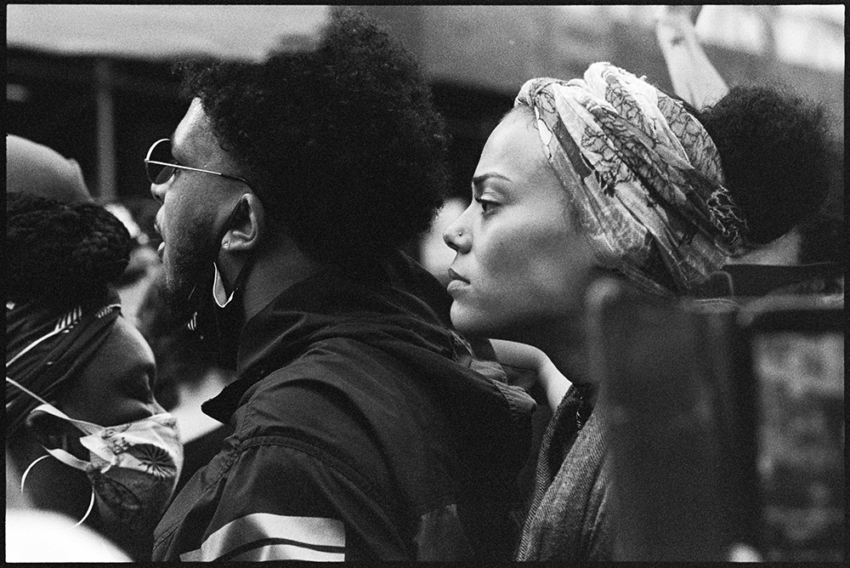 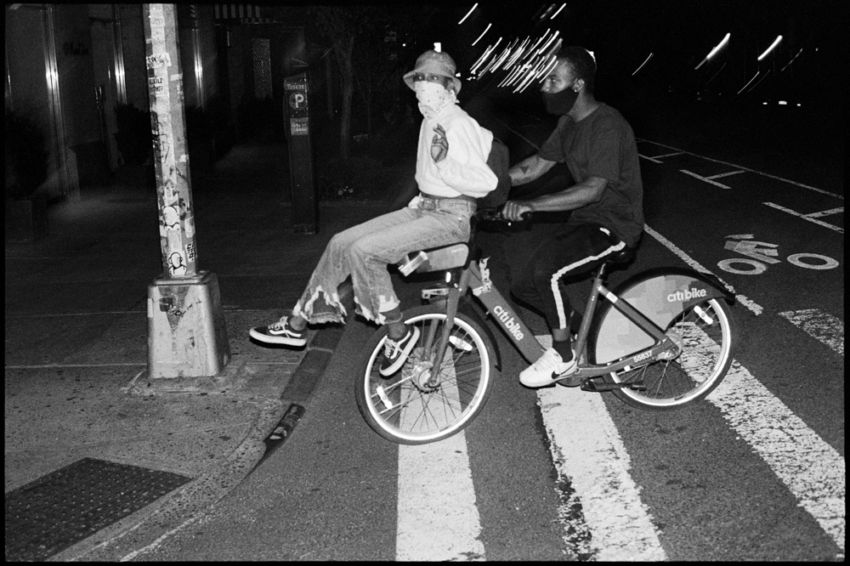