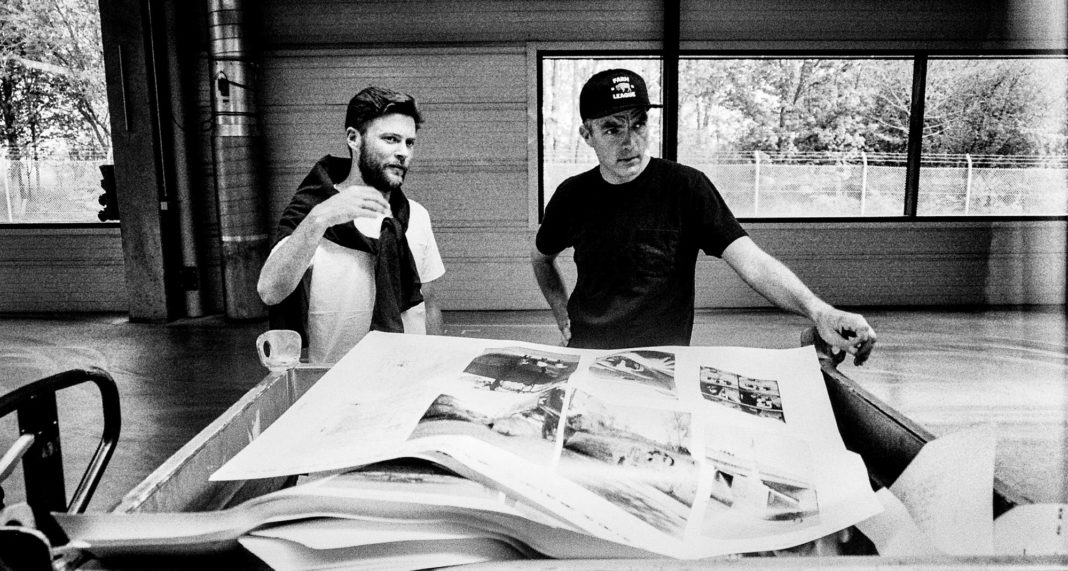 For humans, words and images are essential.

They allow us to communicate, and the models we use to do this can be traced throughout history, from when oral histories became recorded ones. First pictorial symbols, like hieroglyphs, represented the spoken word. Then impressionistic processes, like woodblock prints, helped duplicate these symbols. After this, the pre-Renaissance innovation of the printing press in Europe created a thriving publishing industry which remained in control for a solid half millennium. In 1990, Sir Tim Berners-Lee’s invention of the World Wide Web ushered in an entirely new standard, one in which publishing requires no printing at all. 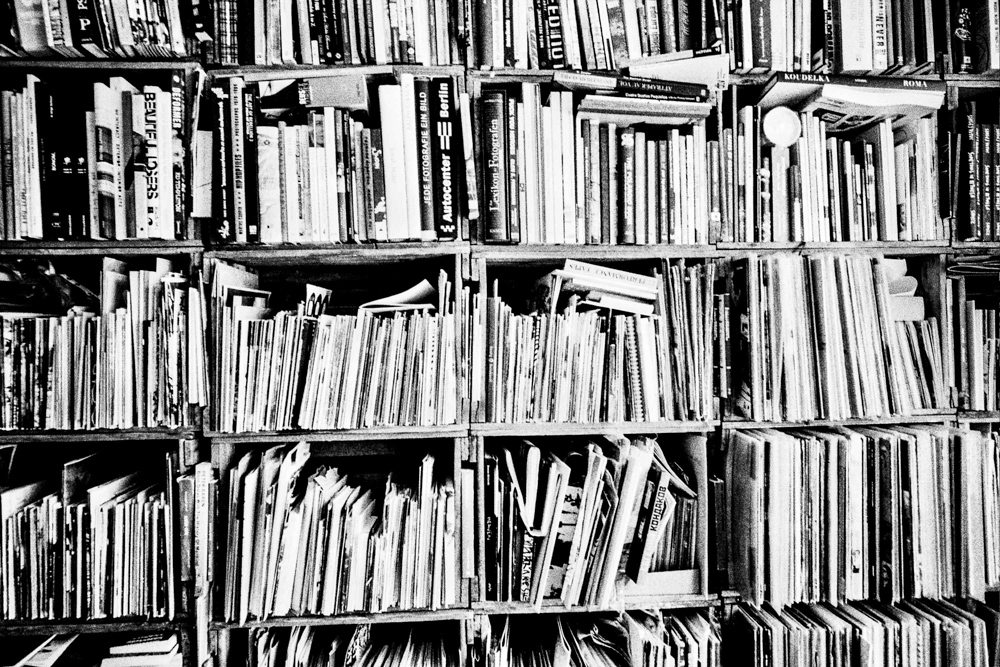 Paradigm Publishing have a broad understanding of this historical context. More a collective of artists than a publishing house, Paradigm draws from a vast well of publishing archetypes to establish where they sit on the spectrums of genre, theme, and style. While physical books are the foundation for what they do (they first came to my attention through a photo book by Jonathan Rentschler about LOVE Park), they merely form the core of their constantly evolving views on how art should be presented. They’re not so much a publishing company intent on delivering information to the general public but, rather, a plea for thoughtfulness in what we put out into the world. Through their careful consideration of the way in which they print their books, they’re embodying the original ideals that made print publishing what it is today. 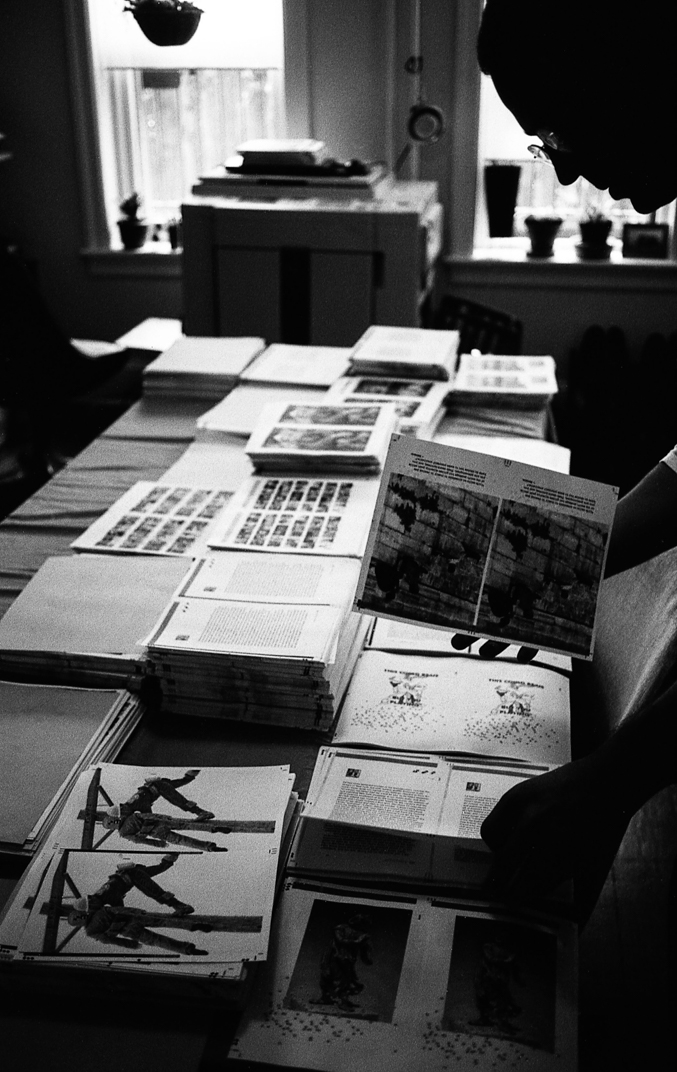 This represents itself in a number of ways. Since Rentschler’s LOVE photo book, 2017 was a big year for the small company, releasing a handful of titles that veer sharply away from the “coffee table art book” trap of many contemporary photography books pigeonholed by consumers. Take the very aptly titled Book, for example, a print distillation of the original Facebook-published life stories of downtown New York artist Nemo Librizzi. Culled from two years of entries, Book echoes the digital medium’s transience by way of a form previously ripe for mass-production: risograph printing or, basically, a photocopier. I was eating a slice of pizza while reading a portion of this book and I could physically see the ink, with the help of some oily pizza fingers, smudging the pages as I turned them, consuming Nemo’s intoxicating, trend-defying, macho, often objectifying, but continually revealing tales of his life. 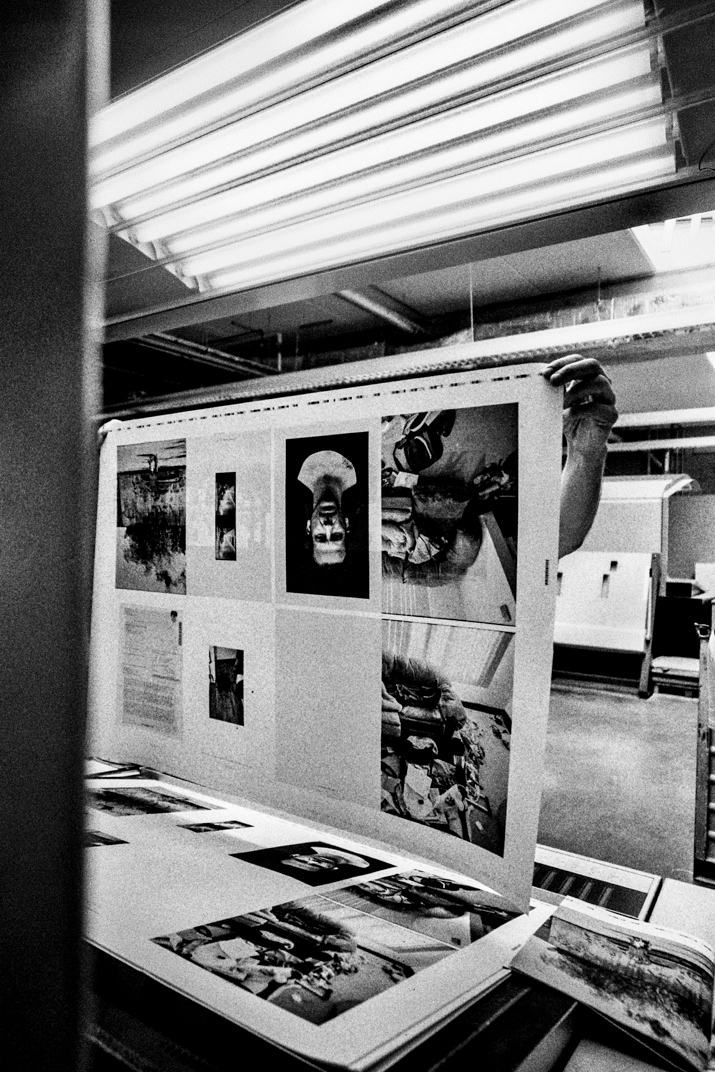 On the other end of this spectrum is Rosanna Bach’s Birds of Paradise, which takes four years worth of the Swiss-born artist’s works and attempts to break them of bonds—human and natural—and release them from the genesis of their creation. Printed in Iceland using the offset method, the book has the feel of a journal soaked in metaphor; everything can be anything or nothing. The applications of these metaphors are not meant for a designated group of readers but for anyone to bring their own ideas to the pieces and form their own communications with the works and themselves. 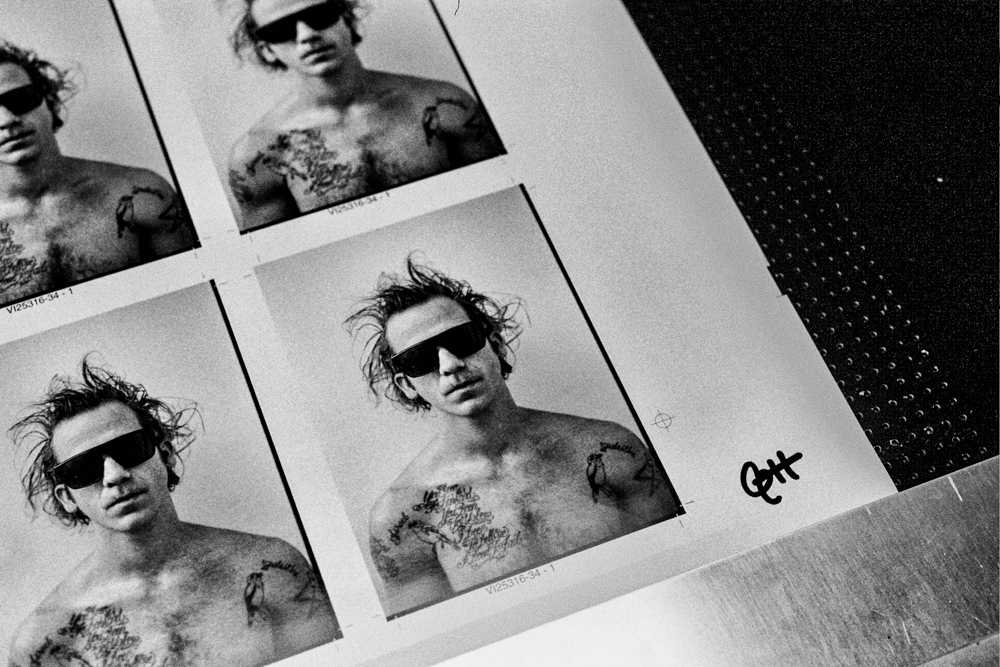 Paradigm’s website has more books “coming soon” than currently in print. One of their biggest upcoming titles, Ninety-Six Dreams, Two Thousand Memories, is an in-depth visual study of Jason Dill. Comprised of photographs from skateboard photographer Greg Hunt, the release is 208 4-color offset printed pages of photographs with support from Dill himself. This takes Paradigm straight back into the territory that Rentschler’s LOVE book occupied but, by releasing titles in between, places the project firmly in a whole new context. Small volumes such as Mitchell W Feldstein’s Even Change, a dense poetry offering, have opened up space within Paradigm’s catalogue to make Ninety-Six Dreams, Two Thousand Memories its own thoughtful release rather than a continuation of the photo book format. 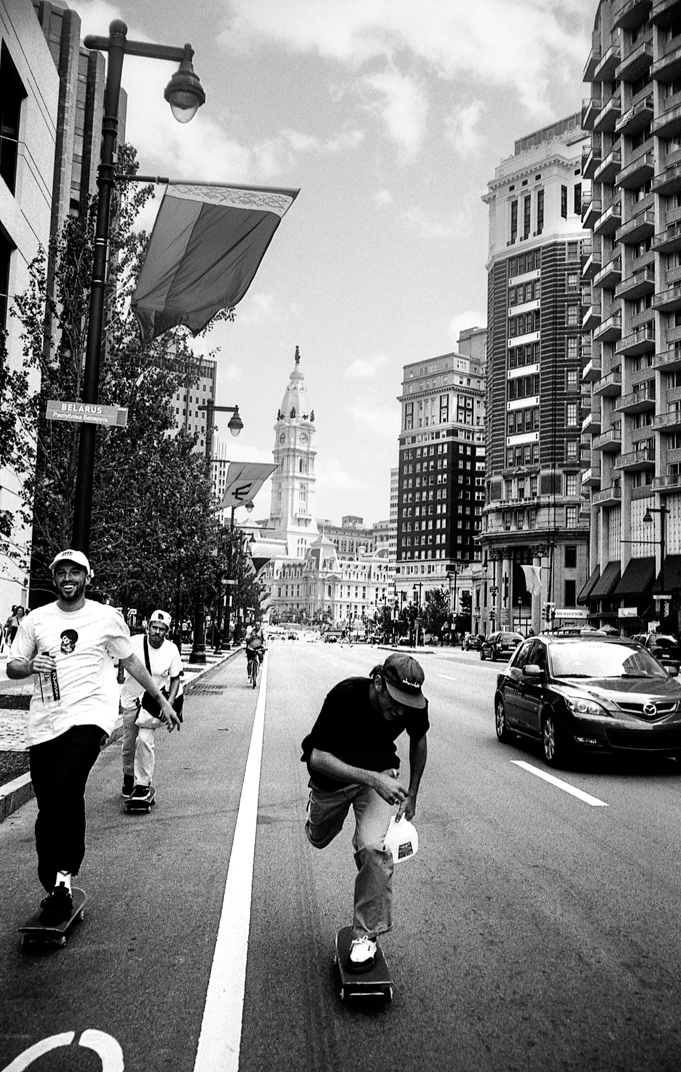 The internet has, and will continue to, provide valuable resources in creating and sharing artistic works. Often this leaves too much room for any sense of direction. Paradigm has created not only a publishing house but a forum for their artists and collaborators to exhibit their works. From their founder Theophilos Constantinou’s new audio platform with partners Ben Ruhe and Librizzi, to their burgeoning apparel line, they have made explicit accommodation for their artists to be able to operate within. 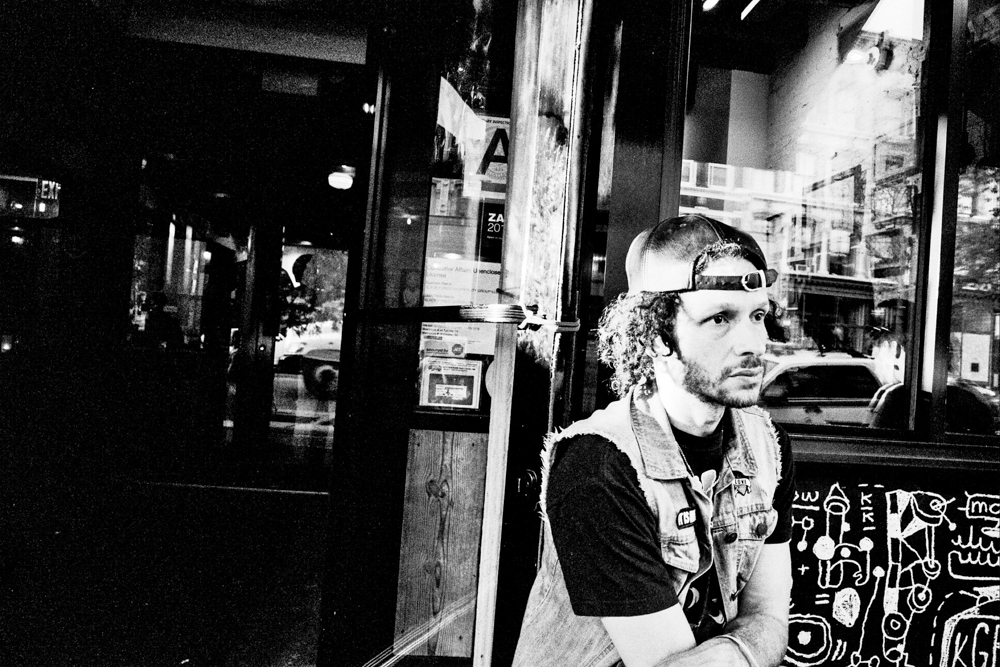 In pre-internet times, artists often worked in a sanctioned, collective manner to be able to make any kind of impact on even just their local scenes. But by planting their flag on the most iconic kind of record—the book—Paradigm can easily fold things such as film and radio into their diverse portfolio of publications without taking any backwards steps. They are the pictorial hieroglyph, impressionistic print, printing press, and World Wide Web all wrapped up in one; a 21st-century platform for collaboration and creation.

Purchase Paradigm books and goods at finer bookshops worldwide or on their website here. 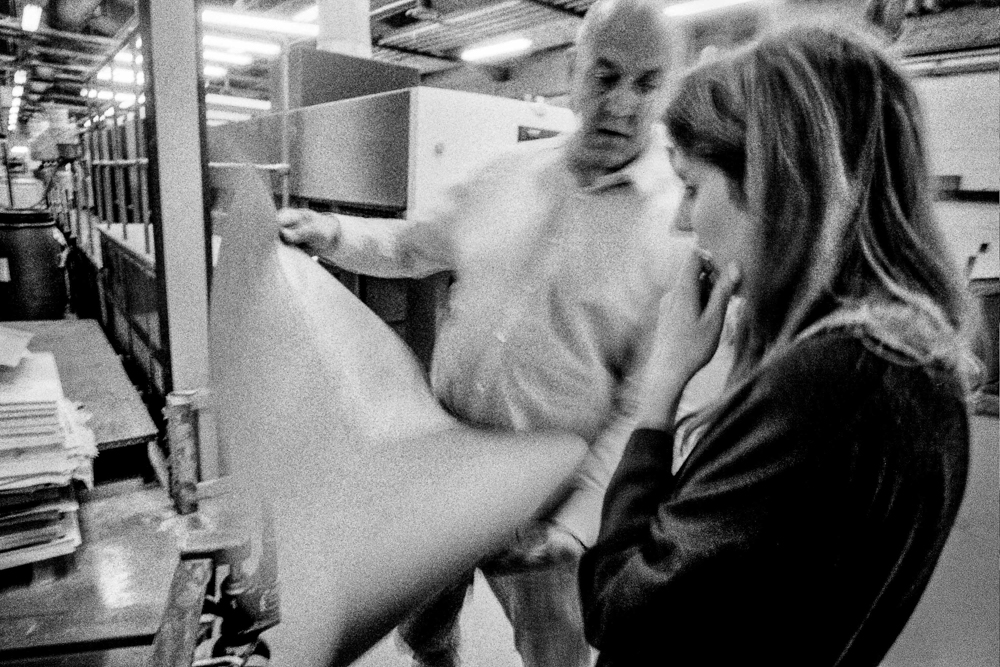