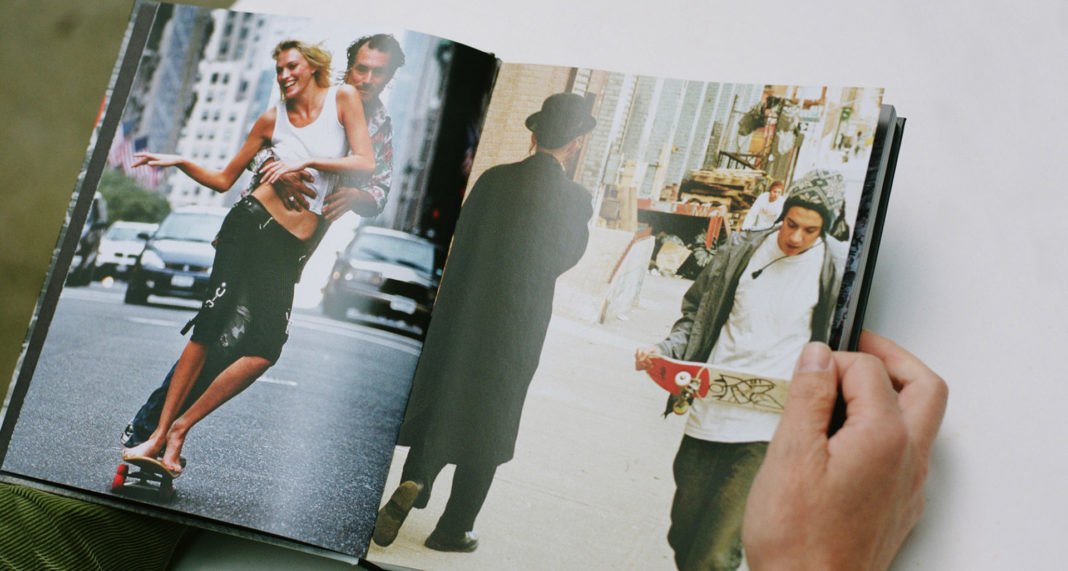 New York is one of the most photogenic cities in the world. So, it seems strange that skate photos shot in NYC rarely made it into the magazines.

There’s always been a strong skate scene and plenty of photographers in New York, but print publications all leaned heavily on the West Coast. 10 years ago, Alex Corporan, Andre Razo and Ivory Serra set out to catalog some of the magic moments in their beloved yet  oft-overlooked city, and Full Bleed was born. A decade has passed since the book was released, and things have drastically changed in the publishing world and the way we ingest skateboarding. And with the closure of many publishing houses, Full Bleed found itself out of production and unavailable. However, it seemed too important to let slip away—and also, right now seems like the perfect time to update the original with the new breed of New York skateboarders and the stockpile of iconic pictures that have been shot in the interim. So here we are, with a second edition in circulation for everyone’s viewing pleasure. Go buy a copy before they stop making books altogether and we all become robots. 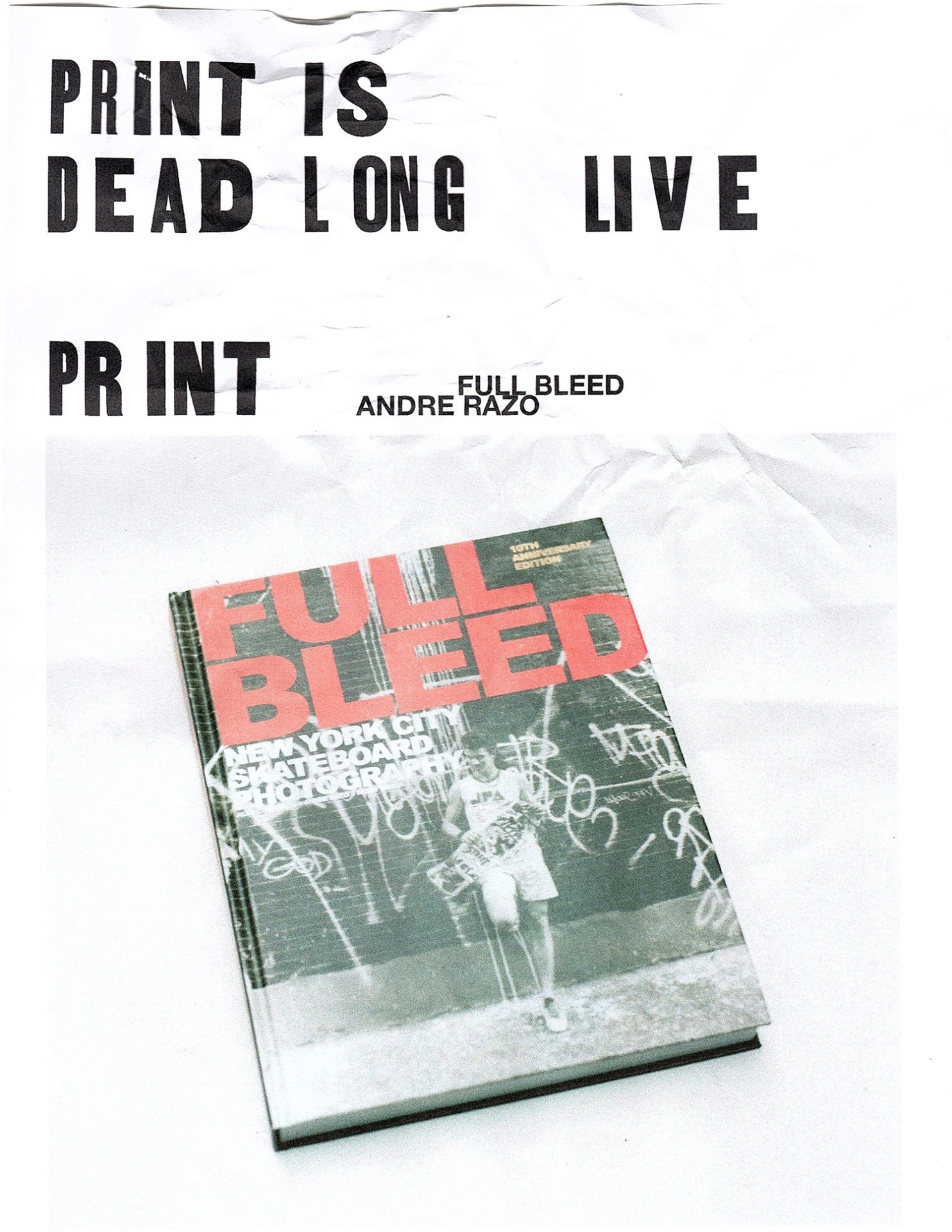 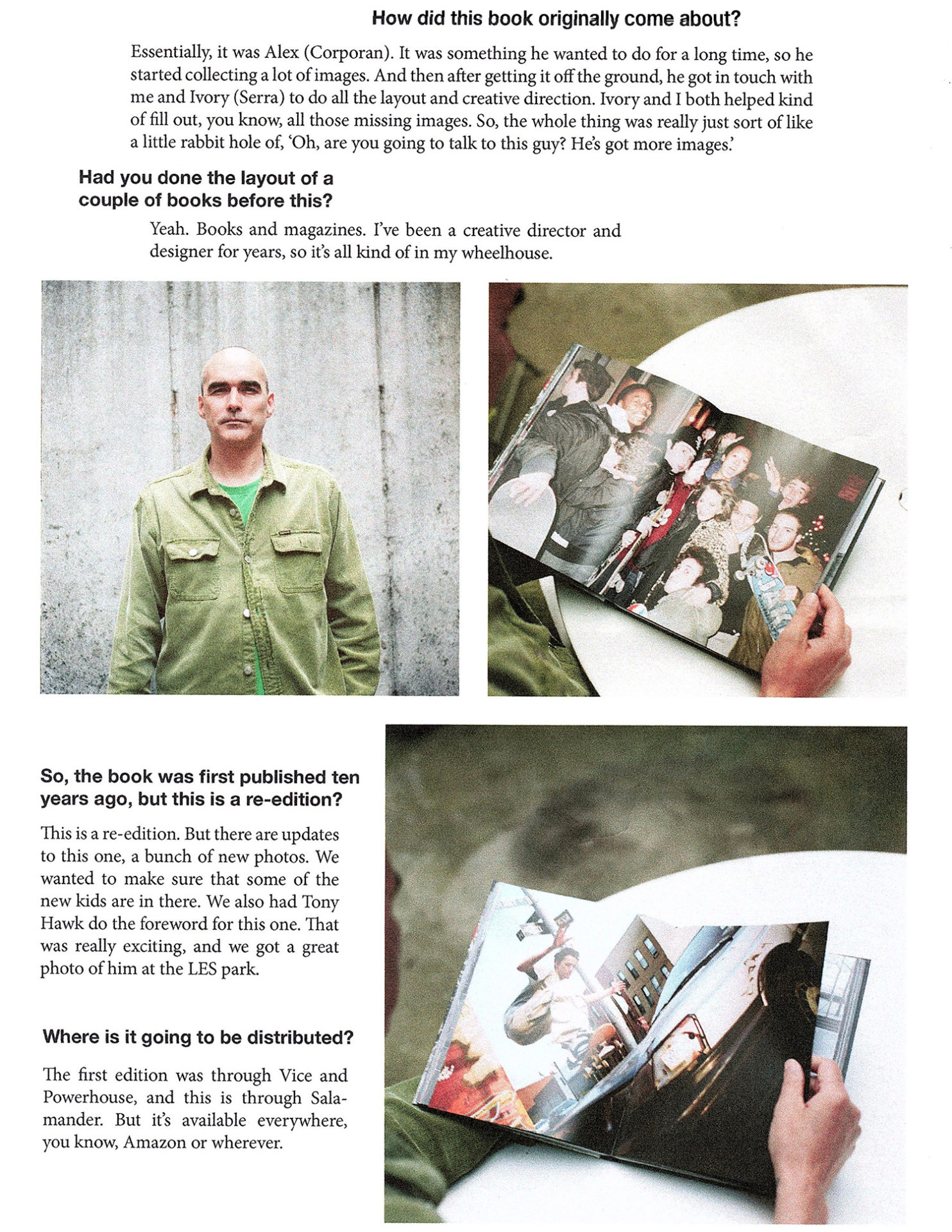 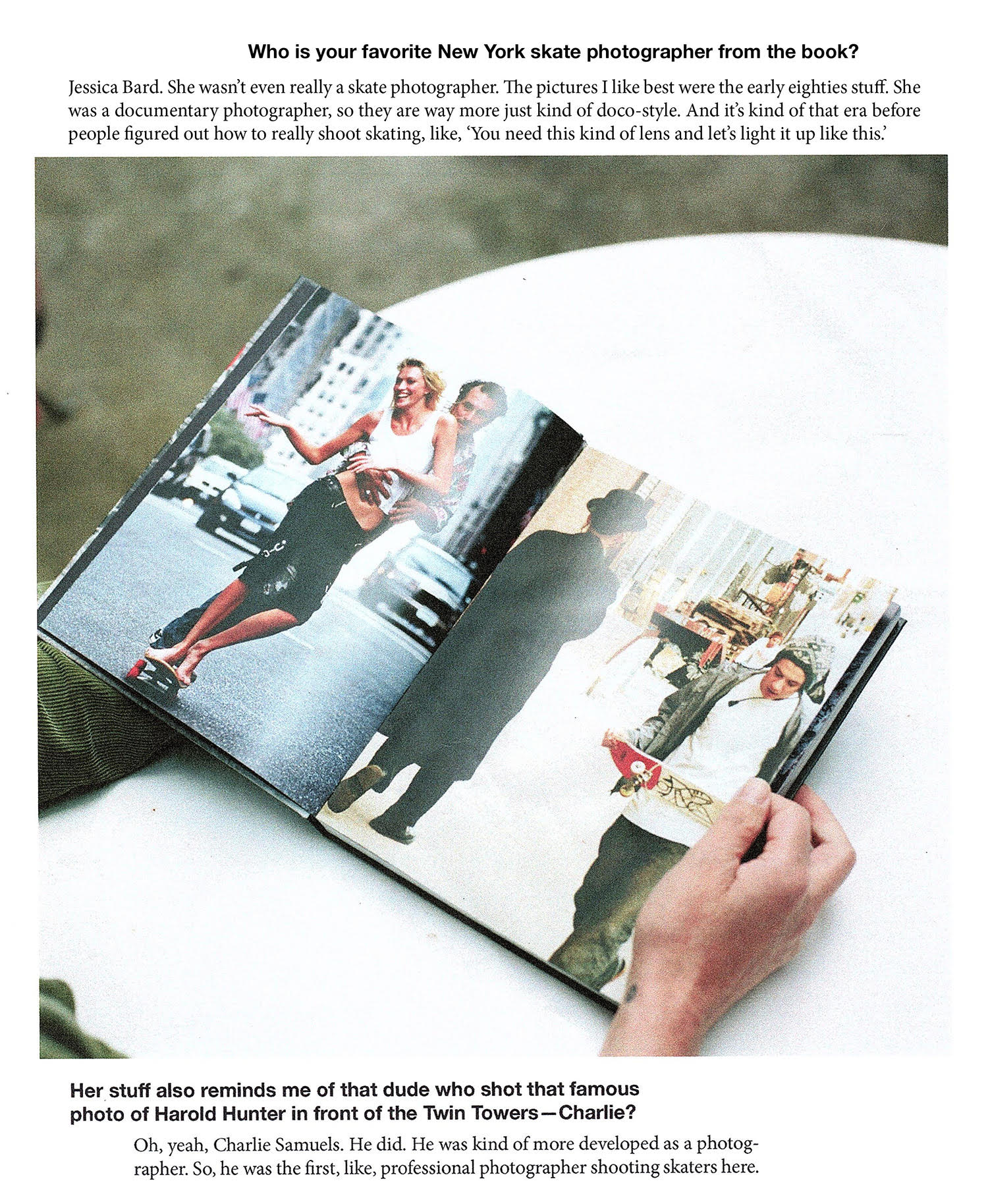 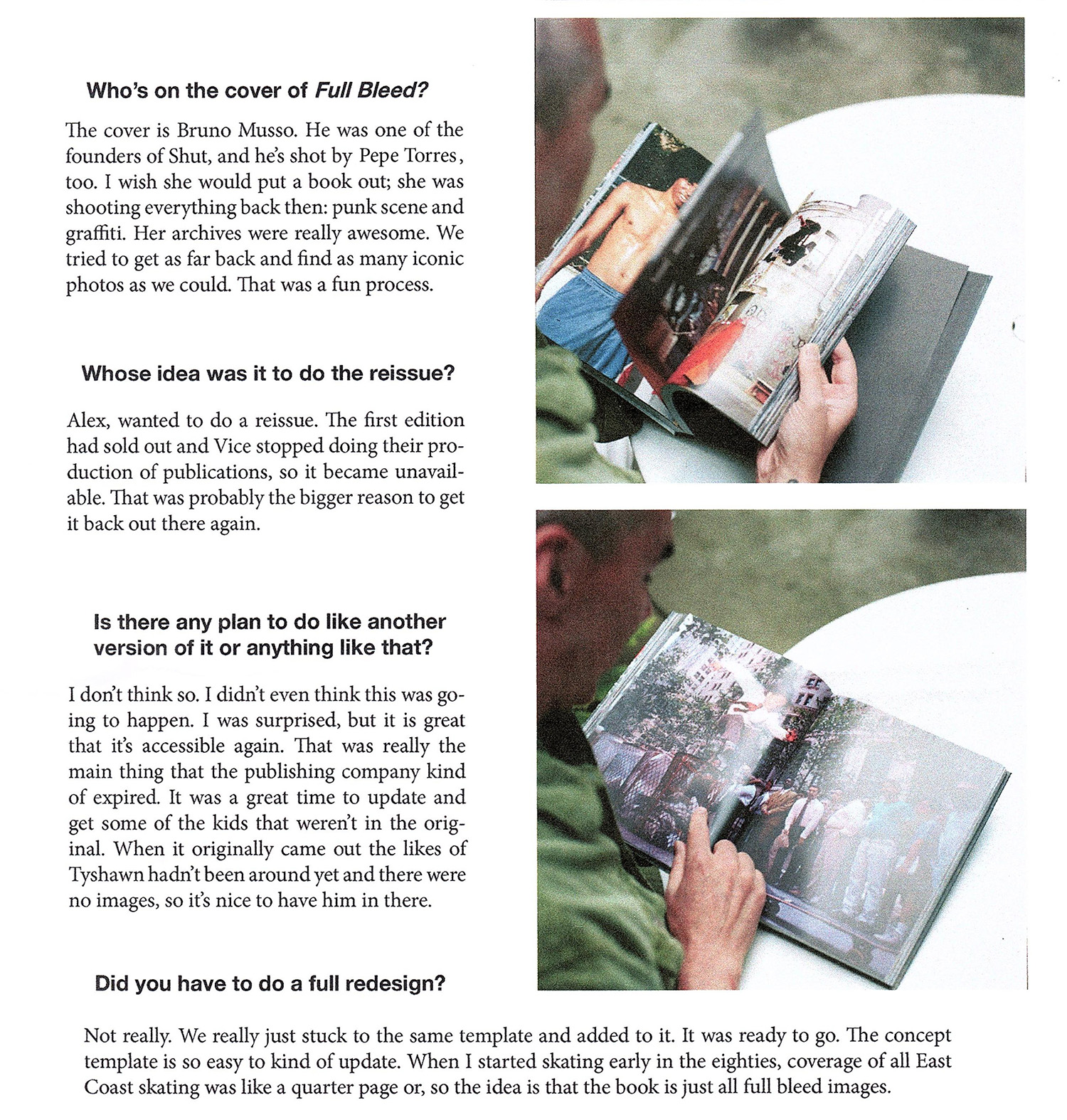 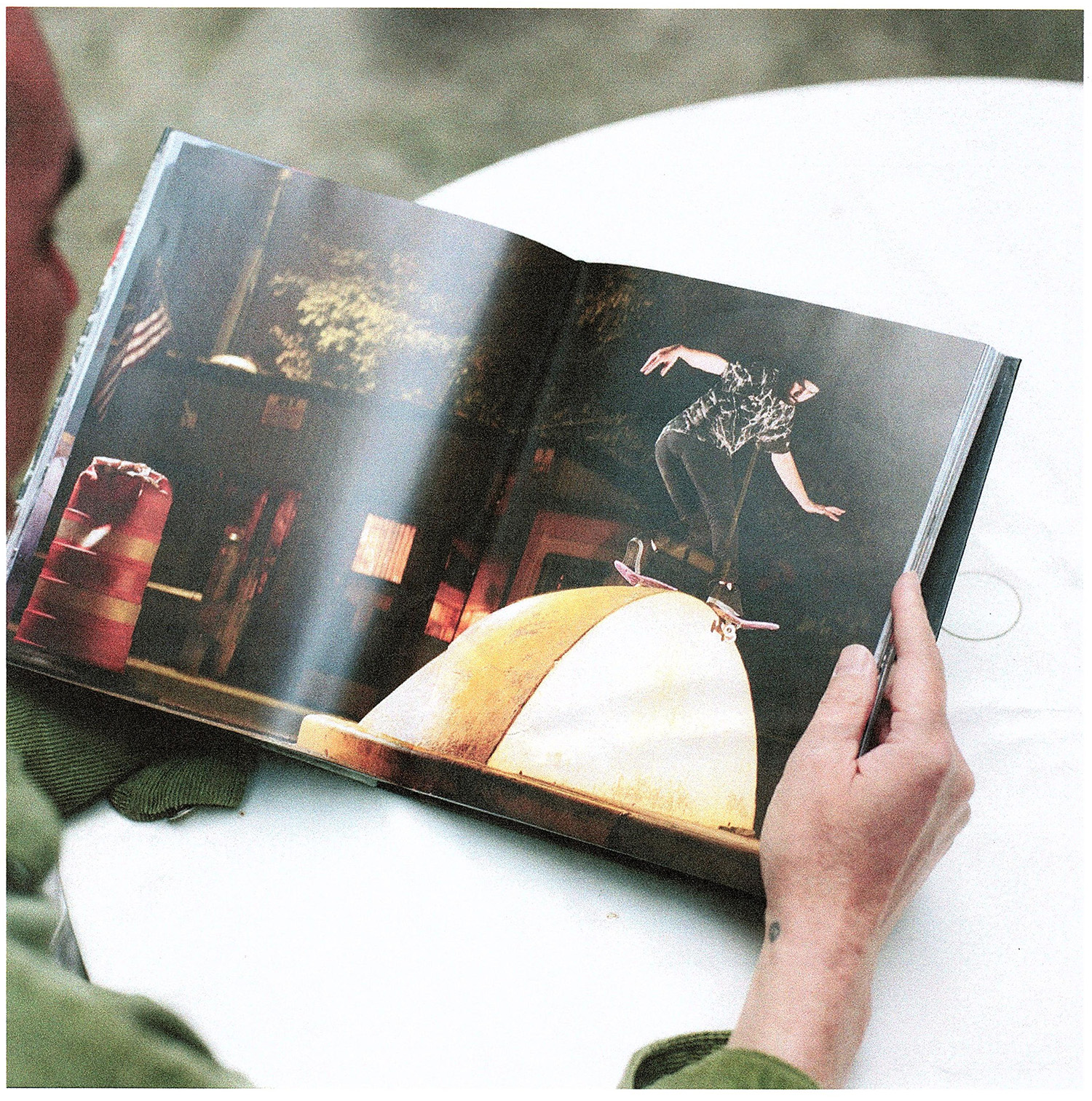