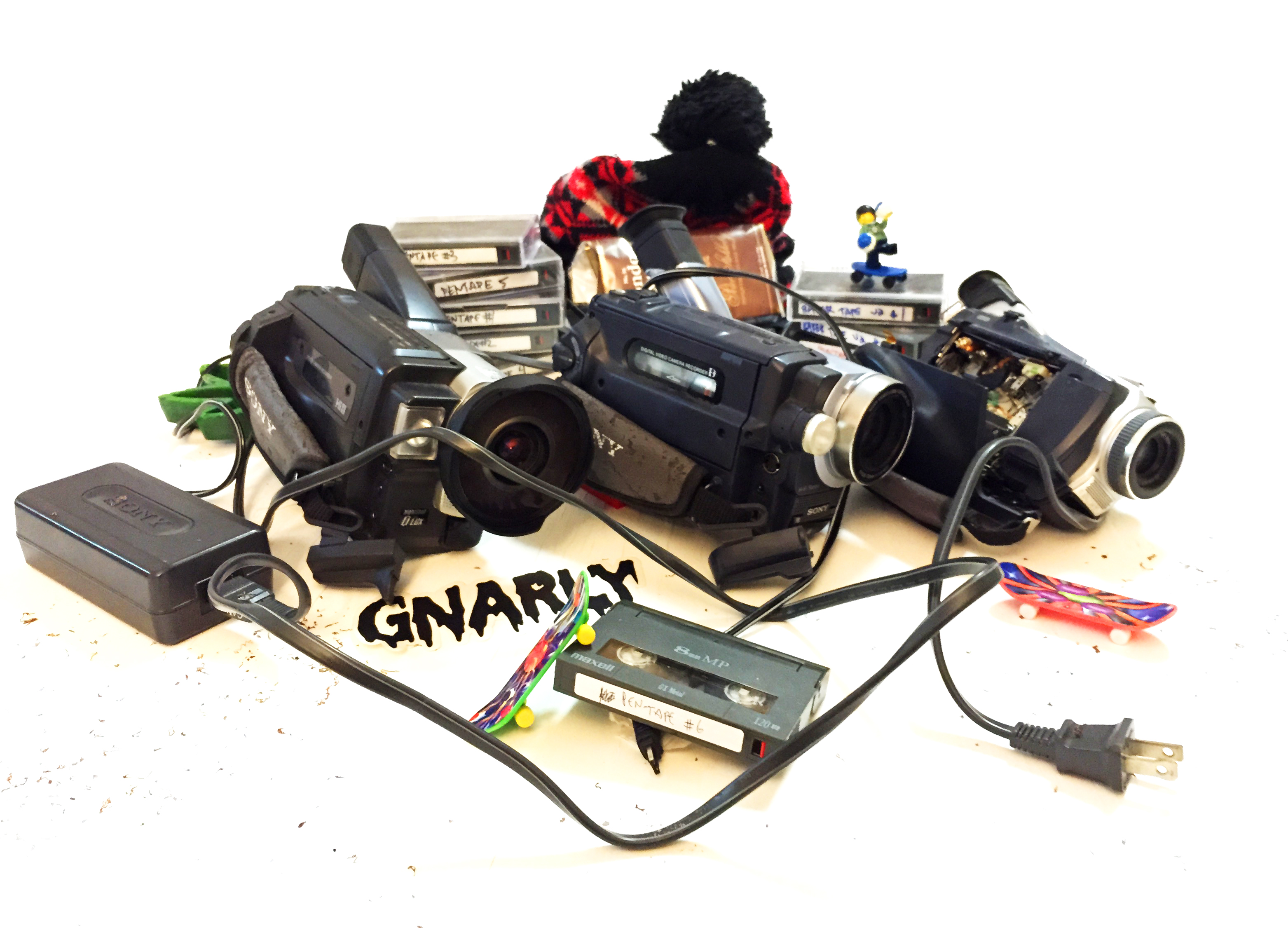 My last name is Baker so this is called the Baker Video.

Some of it was shot on a MiniDV camera that I bought on eBay in 2005 and broke in 2012. Then we borrowed a Digital8 camera from 2003 and that worked alright for a few months then functioned poorly for about a year then broke in 2013. Then we bought this fuckin’ Hi8 camera on eBay for $83 and that’s what we filmed the rest of it with. Shit…the number of times those batteries died on me. Granted, often times I just forgot that they weren’t charged. At some point Loxton gave me his old VX light, and that was just a whole new, much heavier battery to forget to charge.

If I actually had the foresight to charge them, the filming, which was done by whoever wasn’t skating, usually left something to be desired. There’s nightshot during the day, lines filmed where the person’s whole lower body is cut out, not to mention the tens of times the filmer just outright forgot to hit the record button. I taped over good footage, sure. Plenty of it.

So, why should anyone take the time out to watch this? The same reason as anything: it’s fun. It’s a fraction of some of the shit that my buds, a couple strangers, and I did over the past four years. There’s footage of spots that haven’t existed for years, footage from Obama’s first term, Pre-Sandy footage. If nothing else, it stands as proclamation that we’re out here, and we’re having a hell of a time. We skated a foundation spot in Kentucky with a meat packaging rep; the Museum of Natural History with my favorite white rapper; Far Rockaway outside of a bungalow BBQ between beach sessions; a bowl in western Mass with rotting foundation owned by a man who served deer stew that he’d shot that morning; sunset in Newark’s Ironbound on truck beds with the Shindig boys and their teenage protégés from the neighborhood.

Maybe it’s a silly thing to do, making this video. It’s not like anyone’s getting sponsored off of this, and I’m sure as shit not trying to forge a career as a skate filmer. Grown men and women, rolling around in filth; pumping infinite amounts of time, money, and energy into a pastime that more than half of the time causes nothing but physical harm: these are silly things, for sure. But yo, it’s the reason I’ve met all these interesting people, seen all these interesting places, and learned all this cool shit over the years. Damn: it’s how I got this Monster Children gig!

I just thought that my friends deserved to see how good of a time they’ve had, and maybe it will fuel some future fun in the lives of whatever strangers happen upon this little thimbleful of hi-jinx. I’ll be twenty-seven next week and there’s nothing I want more than to spend the rest of my able-bodied days acting a fool in some garbage-strewn corner of whatever town or country, doing something I’m not that good at with whoever else is down.