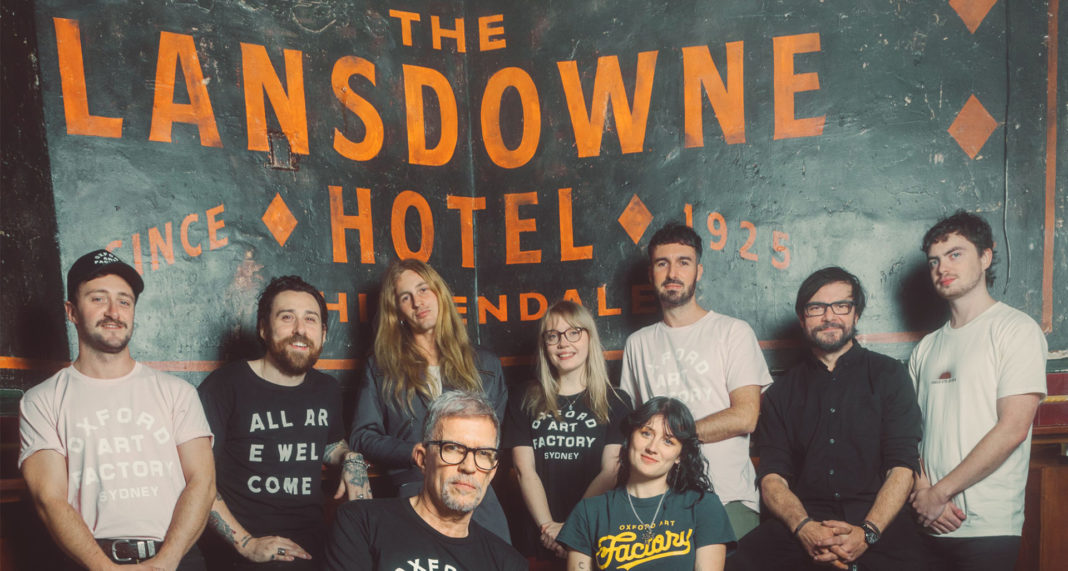 Dry your eyes kid, the Lansdowne’s been saved after all.

In very, very welcome news for anyone who likes to do things past 5 pm in Sydney, the good people of Oxford Arts Factory have just announced they’ll be taking the reins at the iconic venue. In a press release, the OAF team said they are ‘pleased to announce that we have agreed with the owners to put aside any plans that could see the demise of this iconic venue of Sydney and Australia’s live music and arts scene’.

According to the release, renovations have already begun and the venue will be getting a facelift; everything from the bar areas to the audio-visual systems. They’re keeping pretty hush-hush on their plans, but you’ll be pleased to know that they’ve promised to provide a space for not just international acts, but also local and emerging musicians too.

In news you really want to know, though: OAF is currently working on a free kick-off party, featuring a massive line-up of live acts and DJs for a “Rejuve(nation)” event, going down from 5 pm till 5 am, Saturday the 25th of June, to celebrate the new union. That’s 12-straight hours of the best acts they can get their hands on, and if you’ve ever been to an Oxford Arts Factory gig, you already know it’ll be top-notch. Ears and eyes peeled for more info on that coming soon.

OAF will also be focused on bringing art to the walls and spaces within the venue to ‘provoke thought, instil discussion, and act as a catalyst for more new art and creativity to enter people’s minds’.

It’s great news after the huge blow that came in February of this year, when the Mary’s team announced their time at the venue would be coming to an end after the ‘landlord’s decision to close the gig room in order to build more hostel accommodation’.