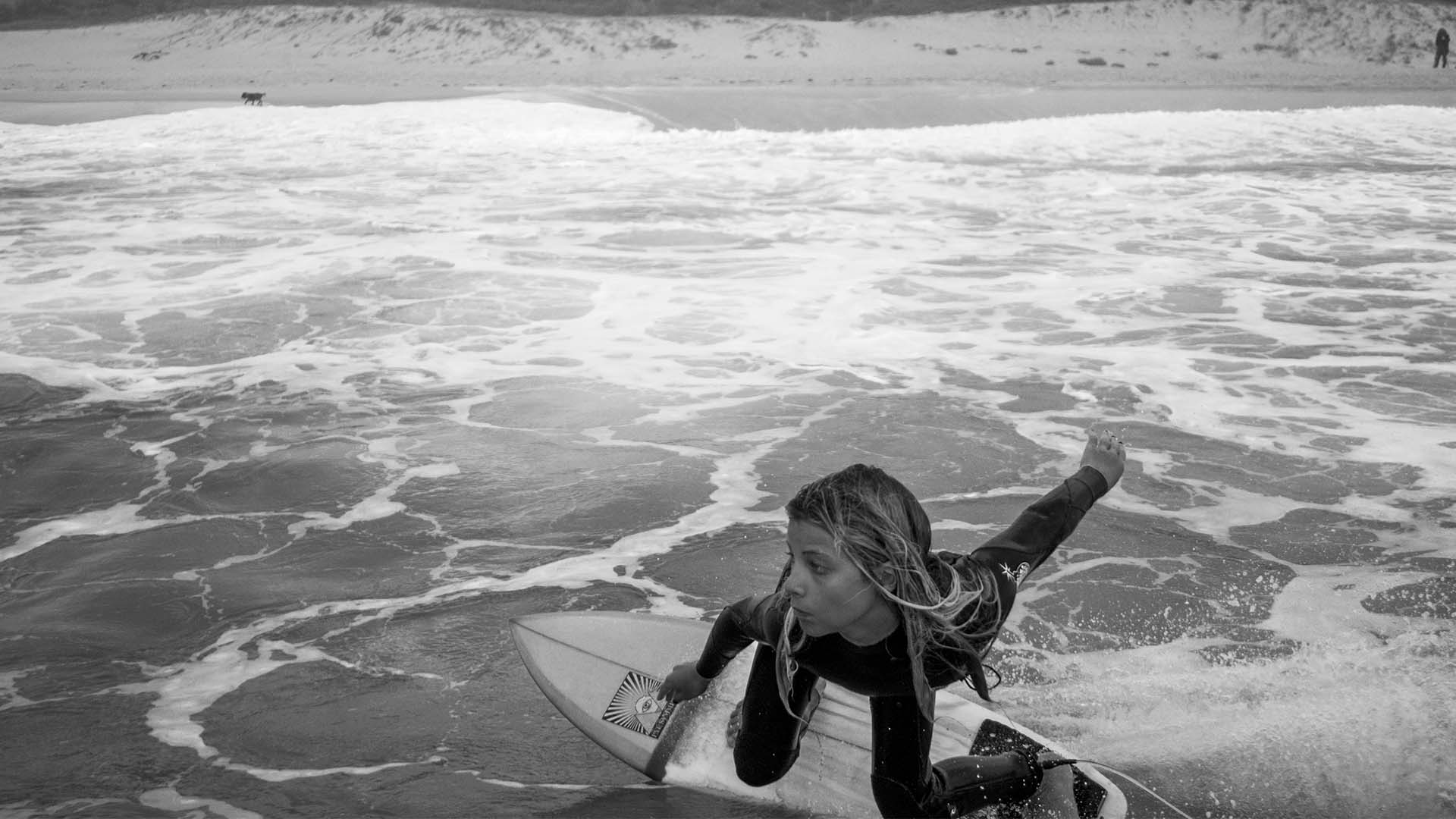 Standing out’s not a quality that most 14-year-olds desire.

But Oscar Langburne’s not most 14-year-olds. Surfers under the age of say, 20, in general, are a pretty vacant affair. Generally, all they do is surf, and it’s not until the latter years of adolescence that they start to explore their other interests, things that make them vastly more interesting to converse with. This, however, is where young Oscar differs, and he comes to us thanks to a personal recommendation from Mr Craig Anderson.

I first meet Oscar in Sydney’s Chinatown, a couple of hours on a train from his home on the Central Coast of NSW. We’re having dinner with a couple of mutual friends—Max Stewart, who owns Eye Symmetry Surfboards and shapes Oscar’s crafts, and Chris Grundy, a young Sydney photog who shoots with the boys regularly. Oscar’s shy to begin with, wearing a t-shirt featuring British ska band The Specials, whilst trying not to burn his tongue on his wonton soup, but soon starts to warm up, likely as the result of the sustenance. We riff on the concept of school, which Osc says he attends “as much as he can” with a grin, before declaring that he doesn’t think that many of his teachers even know that he surfs. Looking at his shoulder length shock of sun-bleached hair and impressive matchstick tan, I nod whilst finding it hard to believe. 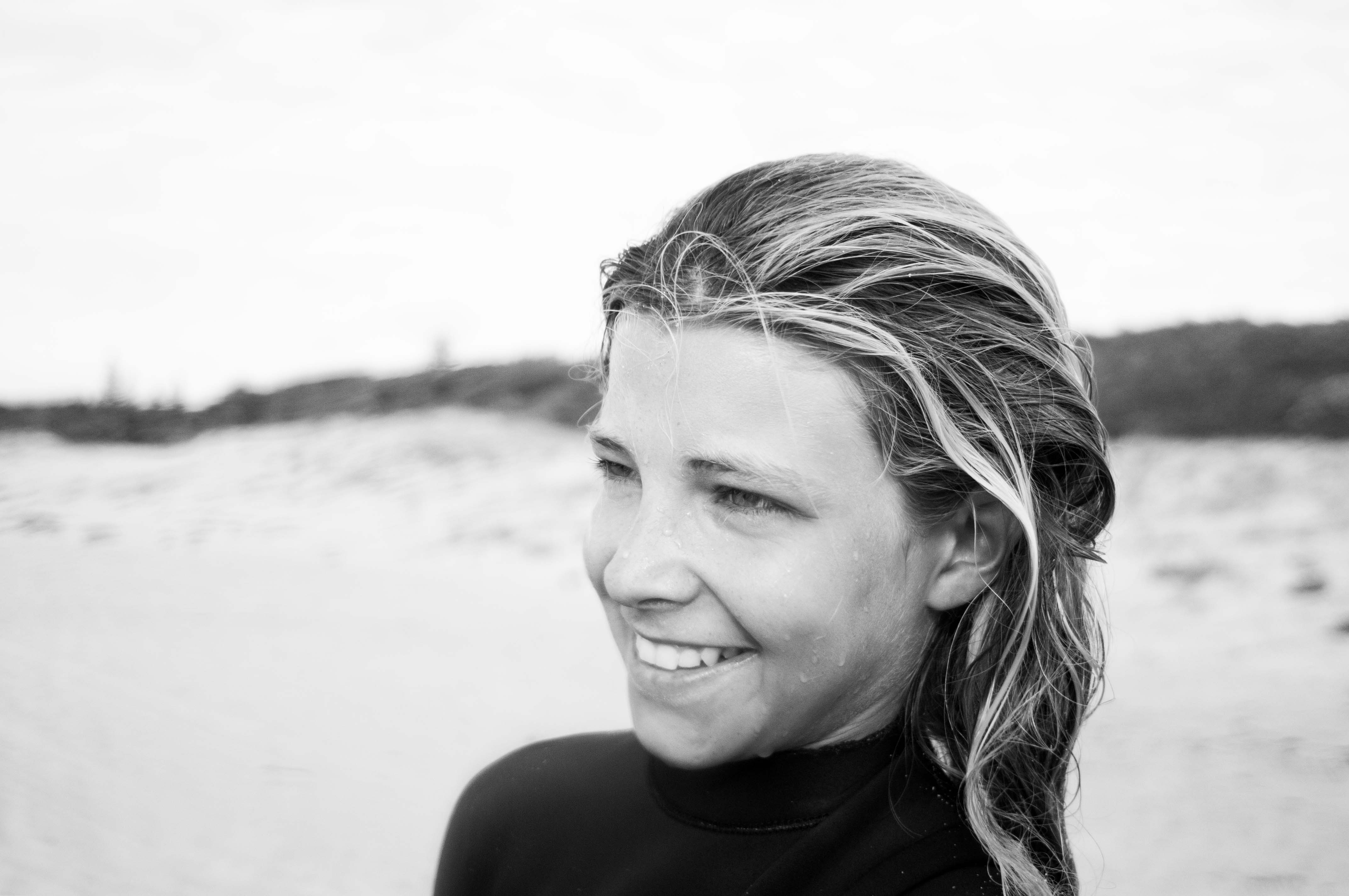 The next morning we meet at the Eye Symmetry factory in Brookvale. Today Oscar’s wearing a Never Mind the Bollocks, Here’s the Sex Pistols t-shirt, and as we’re loading the car to go for a surf I notice he’s also got a photo of Johnny Rotten glassed into his board—a 4’7” and easily one of the smallest surfboards I’ve ever picked up. I ask him whether he always coordinates his attire and boards (all of Oscar’s boards feature inlays of his favourite bands–The Cure, The Jam, The Clash etc.). He smiles and says that his dad’s a graphic designer and that he rejigs the images of Osc’s fav bands and gets them printed on tees for him. “It’s really cheap!” he declares.

The surf’s not much cop, but it gives Osc, Max, and I a chance to chat. Well, Max and I, with brief interludes of Oscar as he hops around the line-up catching anything that vaguely resembles a bump. During a break I point to Oscar’s chipped black nail polish and ask him whether he gets shit from the other kids at school. “Oh yeah,” he replies matter-of-factly, “I got heaps last year. They call me a squirrel, but I don’t know why.” I explained that the term “squirrel” originated in Bondi in the naughties, with the locals labelling the influx of creative types the “Bondi Squirrels”. “Huh, is that right?” Oscar replies. 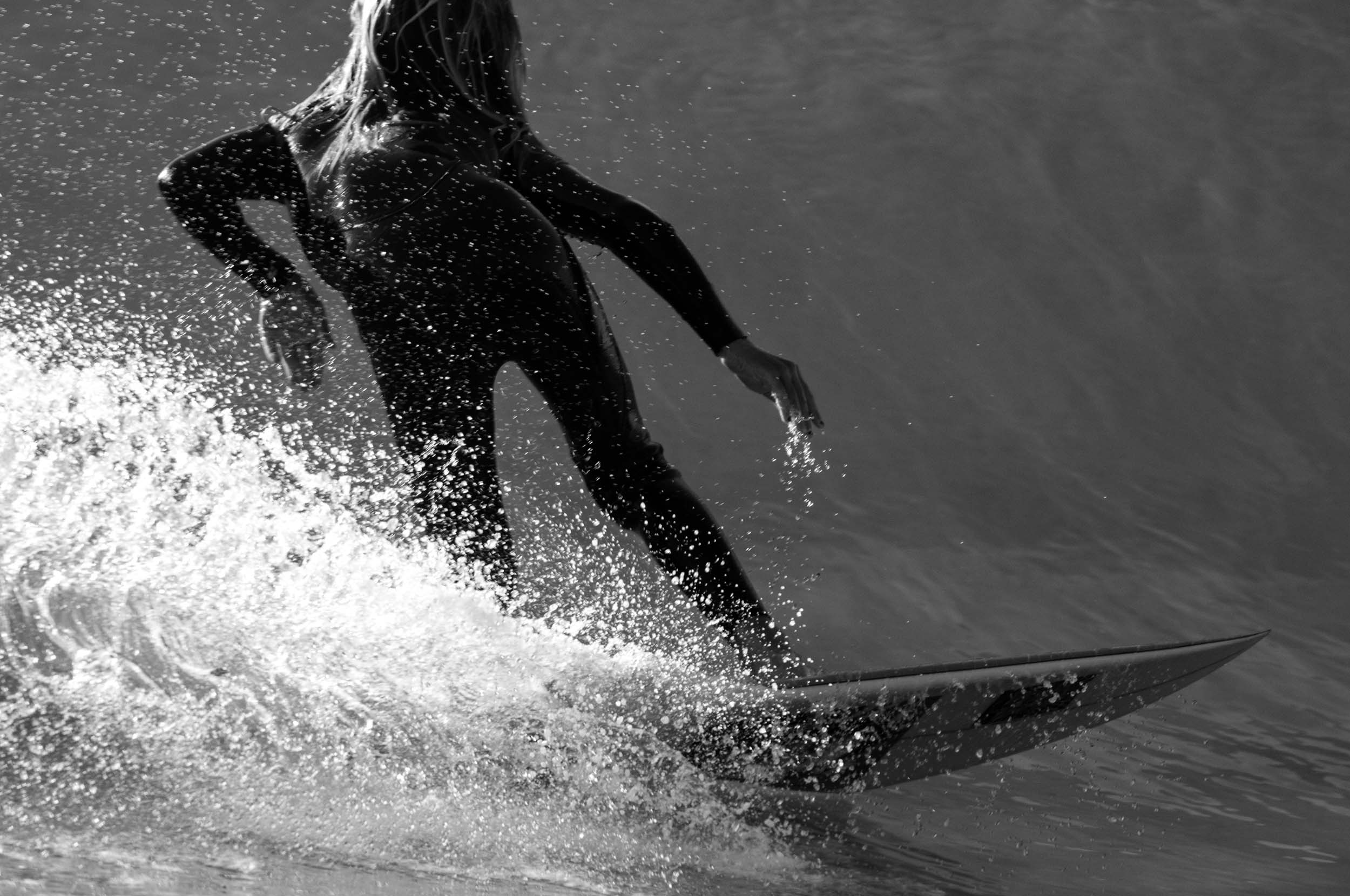 Oscar’s surfing is the epitome of style, very much in the vein of his (surf) inspirations Beau Foster, Luke Hynd, Bryce Young, and of course favourite, and friend, Craig Anderson. The two regularly surf together after having met for the first time in the surf at Craig’s local, Merewether, and it shows. The way that Osc cuts his turns off and cocks his back leg is similar to Craig, the rest is all unique to Oscar. But what’s interesting about his surfing is that it seems to be developing in reverse. Most groms start off with all the tricks, tainted by a limbsy, awkward style. Oscar however, went style first, and the tricks are just coming now—something that’s bound to end in a special result. “I landed my first air reverse a week-and-a-half ago,” he tells me. “Everyone was claiming it, I was so stoked.”

The conversation then drifts to local boardriders clubs, the ecosystem that’s spawned, almost without exception, every Australian pro surfer you’ve ever heard of. Not Oscar, however. “I’ve never done a contest,” he tells me. “I’m not really interested.” 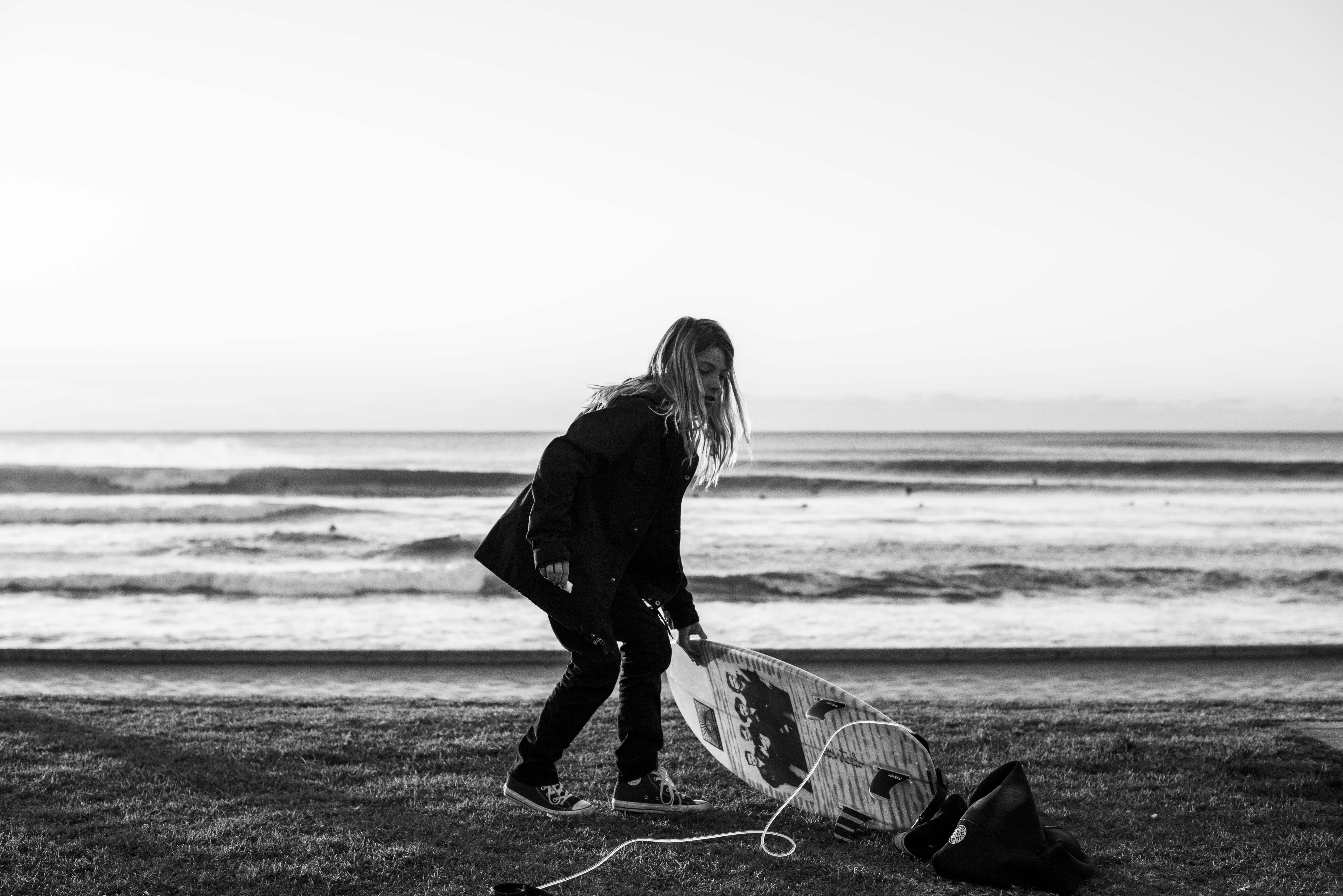 Back at HQ—post Oscar and I ploughing into a bacon and egg roll and discussing the state of the surf industry—Osc insists on showing me two of the fabric inlays that he’s sourced for his next pint-sized crafts which are sitting in the corridor waiting to be glassed. One’s the flower print from New Order’s Power, Corruption & Lies, the other, the iconic mountain print from Joy Division’s Unknown Pleasures. “I’ve just grown up listening to this music and don’t like much modern stuff,” Oscar declares as he lays them out on the floor. Driving back to work in tedious Sydney traffic, I can’t help but think that maybe surfing’s in better hands than we thought. If people like Craig, Noa, and Dane have inspired kids like Oscar to start exploring wider culture and defying the stringently one-dimensional expectation of high-school kids, then the future’s unmistakably bright. A sucker for sentiment, I click play on “Lost in the Supermarket” by The Clash. It’d been a good morning.

For more fresh blood grab yourself a copy of MC 54, right here.