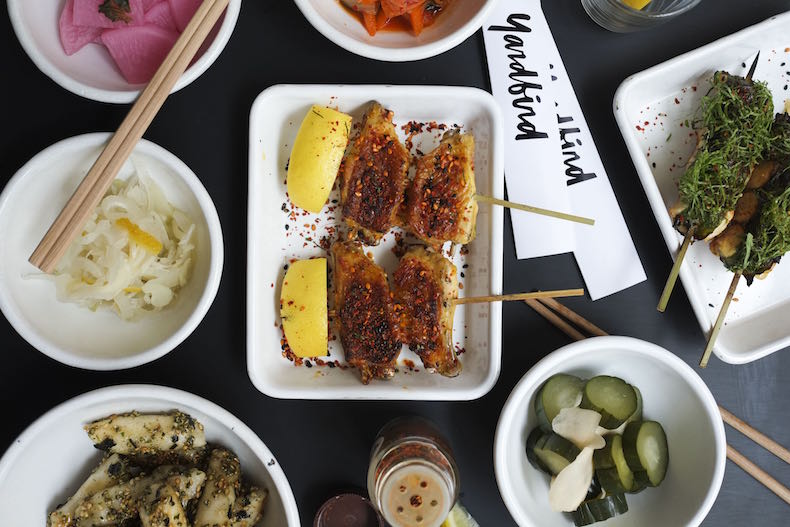 We think chicken is a food of the gods and we’ve found some people who agree.

MC and our good friends at Harpoon Harry have called in the big wigs of chicken for this one off event, a tasty takeover this October long weekend, Sunday the 2nd. Head chef at Harry’s, Morgan McGlone, has combined powers with Yardbird co-founder and Executive chef, Matt Abergel. Think of it like the Shaq and Kobe of the chicken world. Abergel is getting people all hot under the collar in Hong Kong with his yakitori, which you’ll get to taste along with fried wings, KFC (Korean Fried Cauliflower), Asian inspired cocktails and more. Tunes will be supplied from 6pm onwards from DJs Levins, Captain Franco and Mowgli May. Be there.

In preparation, we caught up with Matt and Morgan to see whether a Canadian and a Kiwi knew what a Chiko Roll was.

How did you guys come to pair up for this takeover?

Matt: We met in Melbourne, drank a lot of Bourbon at Belles, and became fast friends. This event is about cooking and celebrating with friends.

Morgan: I’ve wanted to do something with Matt for ages; he’s a busy guy! I was in Hong Kong for my bucks party recently, and I spoke to Matt while I was over there. We decided this was the perfect time to get together. 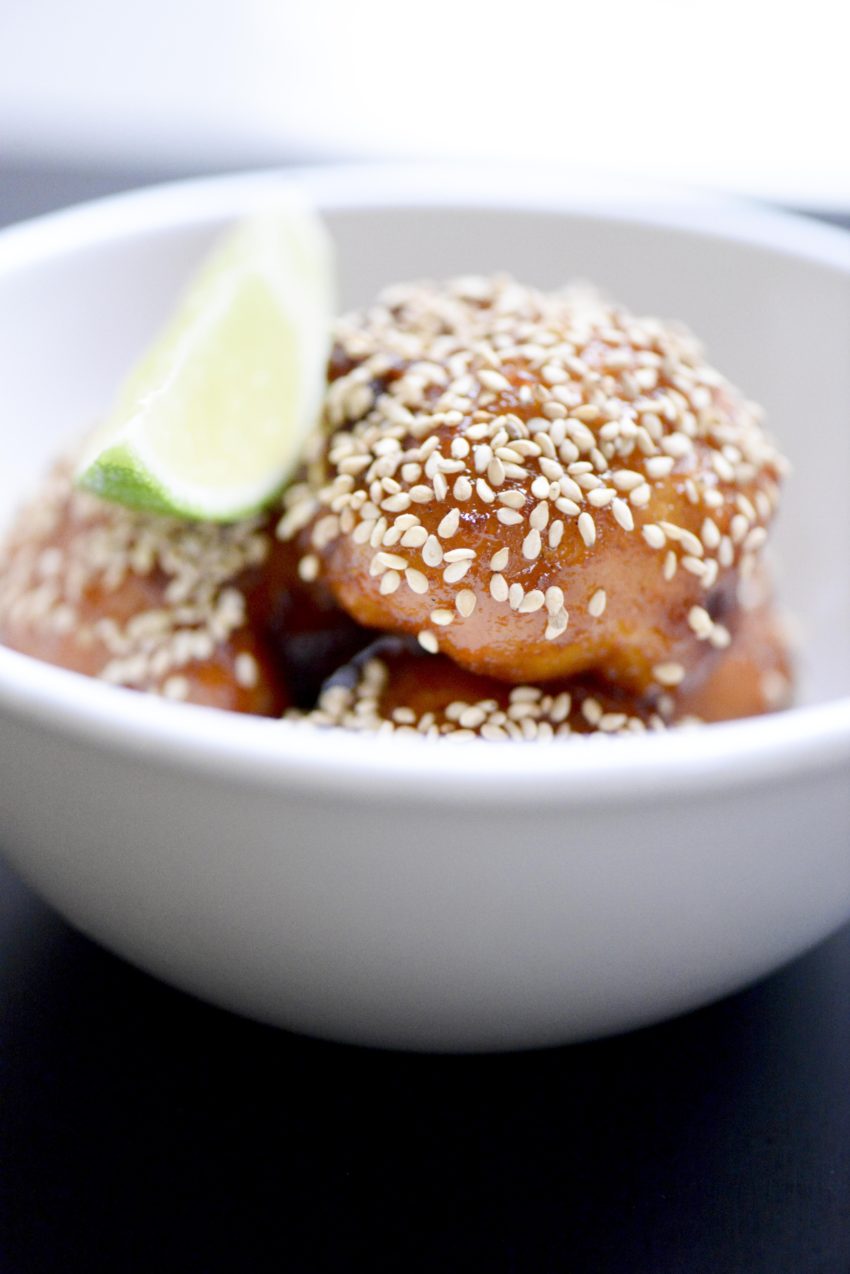 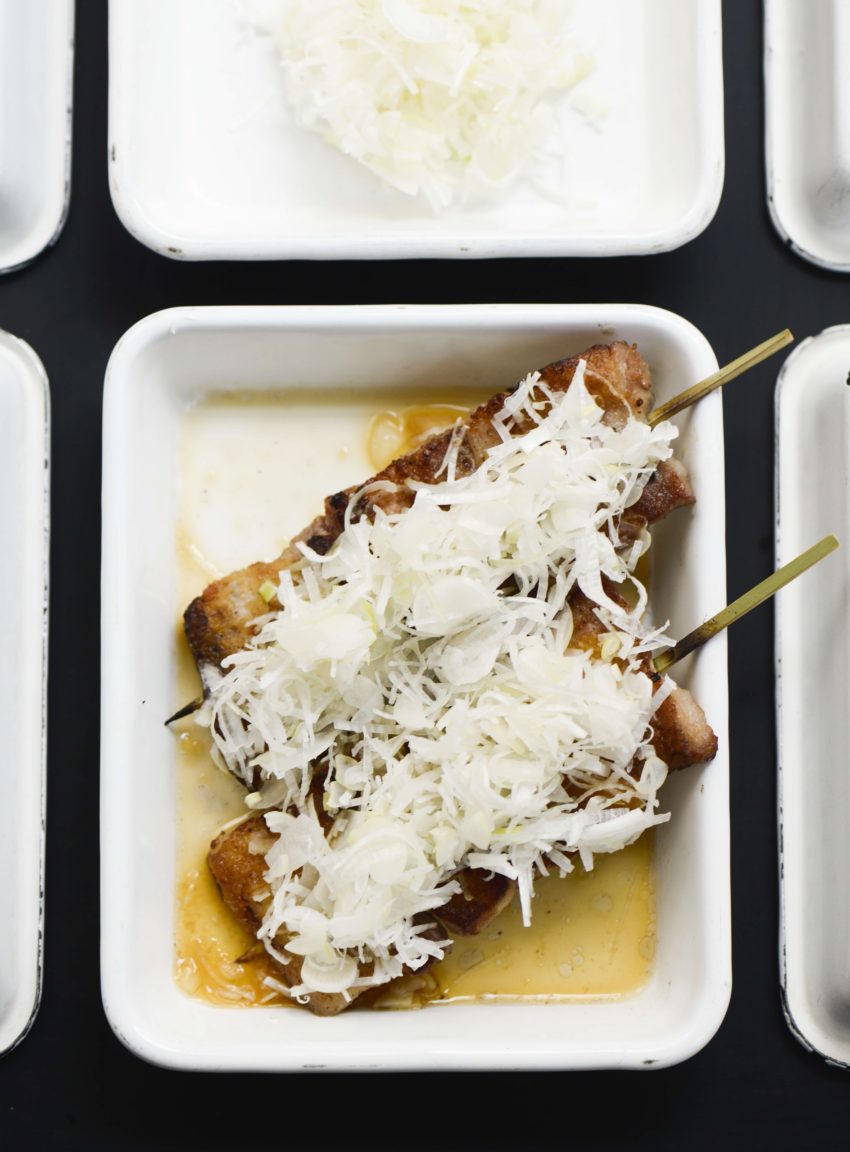 Matt, why are people in Hong Kong crazy for your yakitori?

Matt: I think people appreciate our honest approach to cooking and service. We have built an amazing community in Hong Kong.

Matt, how have you changed what you do at Yardbird in Hong Kong, to suit the Australian palate? How are our tastes different?

We aren’t changing anything…You might just be a bit thirstier.

Morgan, how was the experience of letting another chef into your kitchen?

This is the 5th (‘Friends of Harry’) event we’ve held in the Harpoon Harry kitchens; we have the entire place at our disposal. We’re both professionals and understand space; I’m just here to make it easy for Matt.

Any hiccoughs in trying to decide what to put on the menu?

Matt: No, we were on the same page.

Why is simple food better?

Matt: Simple food resonates with everyone; it’s what I like to cook. I don’t know if it’s better, but it’s what we do.

Matt: I had to Google what a Chiko roll is, so I’ll have to go with caviar.

Morgan: Caviar on a Chiko roll, covered in crème fraîche.

Are you using any particular Australian produce for the menu?

Why is chicken so good?

Matt: Chicken is one of the few animals where almost every part is usable; it’s versatile and delicious.

What’s a movie title that would best describe this menu?

What’s your favourite dish and drink combo from the menu?

Matt: Chicken hearts and a Highball.

The cocktail you’d recommend for us? 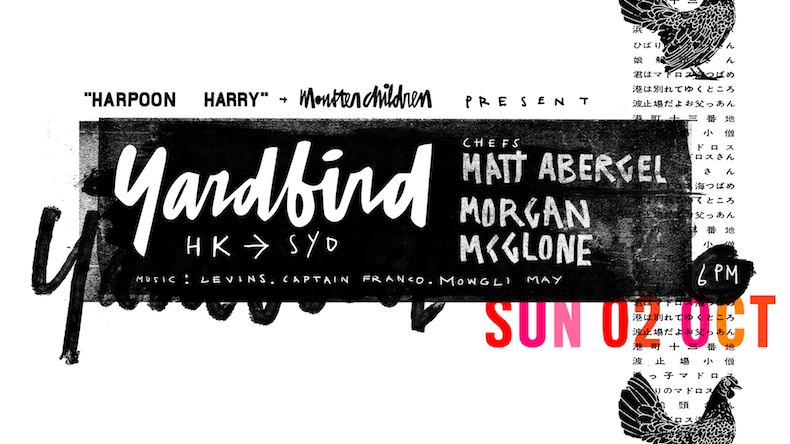