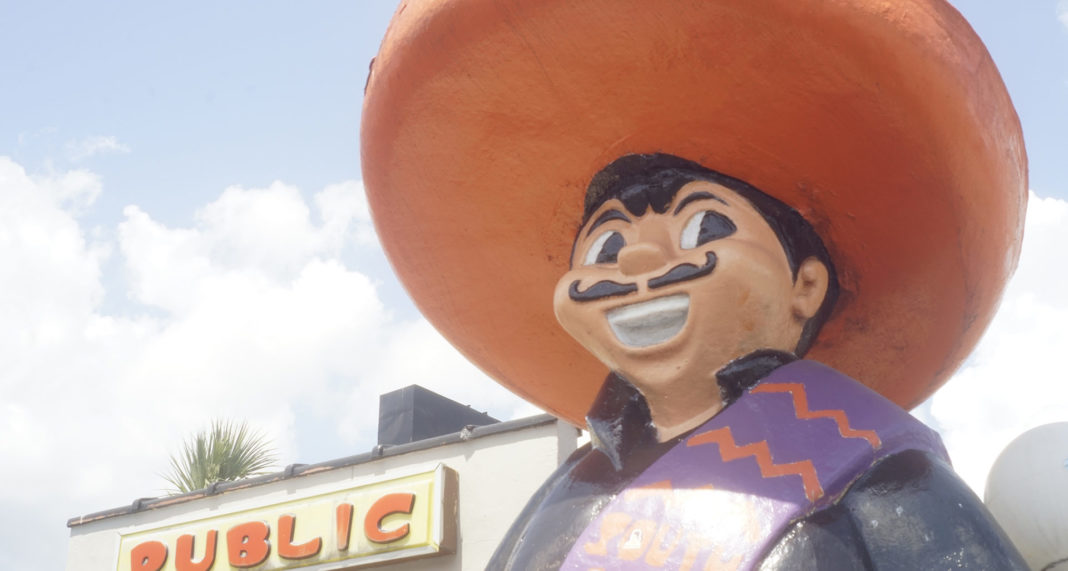 Me and Kendall Rumph—a good friend and my companion for the week—set out from Brooklyn in our shitty Ford Explorer at around 8:30 in the morning on Sunday.

We got out of the city by 9:30. We got the fuck off of the New Jersey Turnpike by noon but not before stopping twice in an hour so Kendall could piss on the pike, and I wondered how we might better coordinate our bladders. 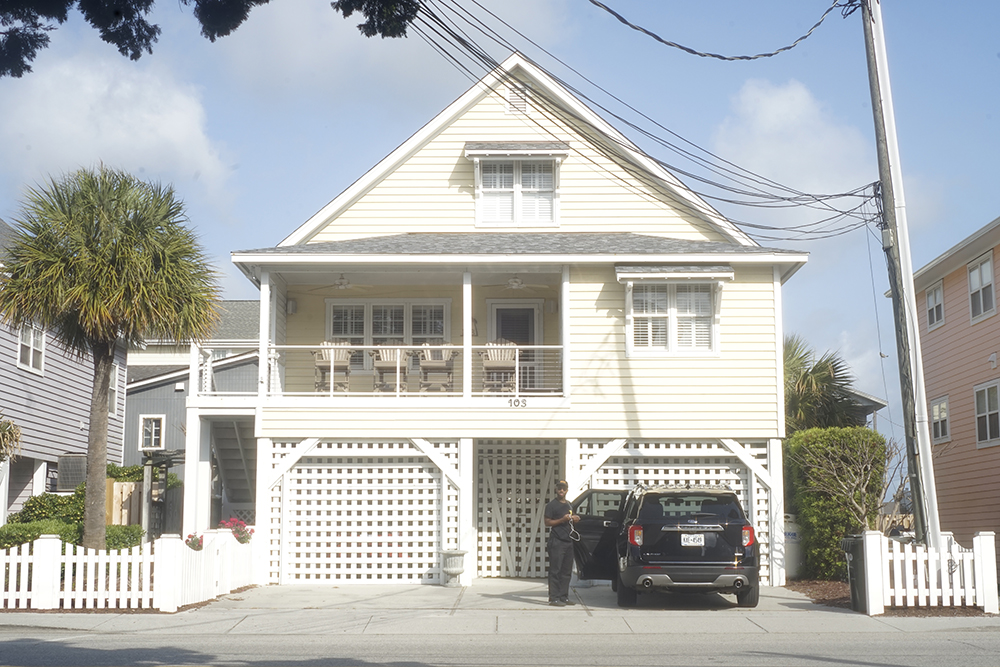 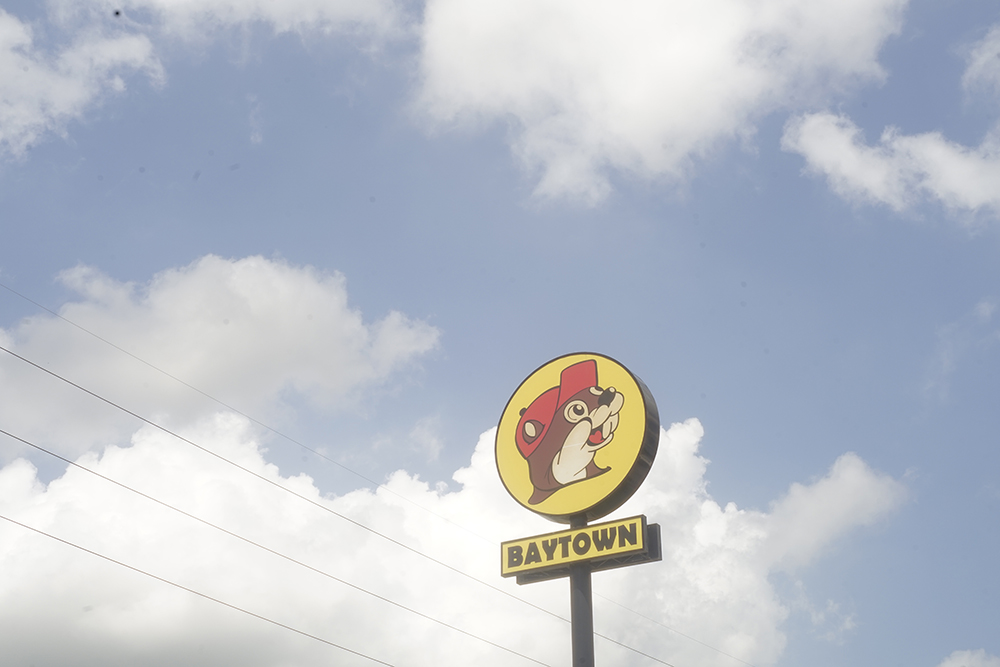 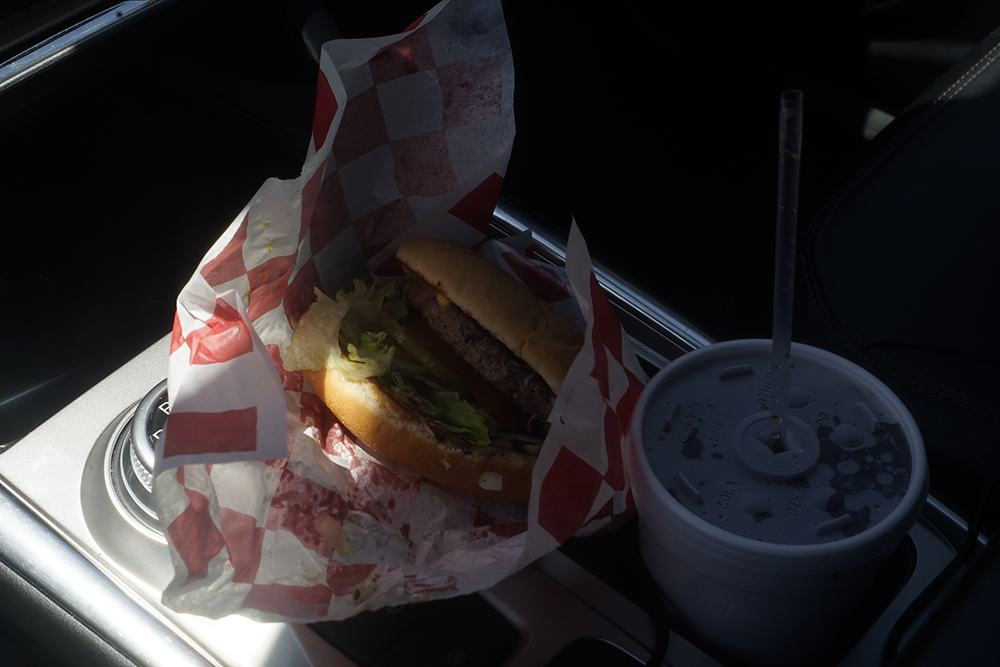 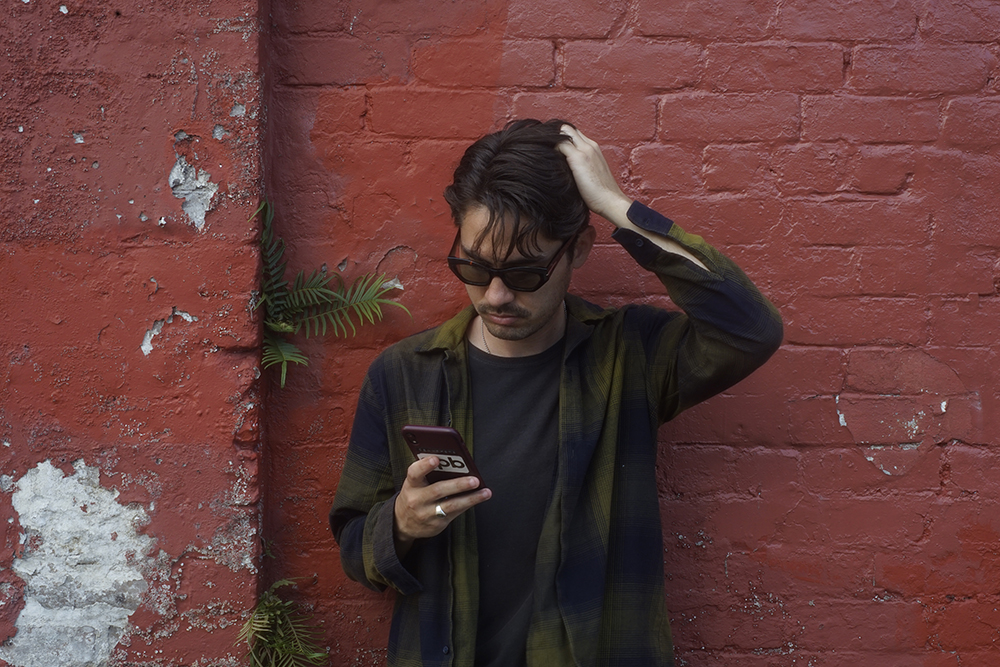 We journeyed south along the coast, passing through Delaware, Maryland, Virginia, and into North Carolina. We flew down snaking roads flanked by wilderness and sped through towns that were in different phases of collapse. These small towns’ economies depleted, the youth migrating in droves and their central population aging, I was struck by the dilapidation. The corpses of houses littered our route and I felt a sort of spiteful mourning whenever forced to peer out at them whizzing by. 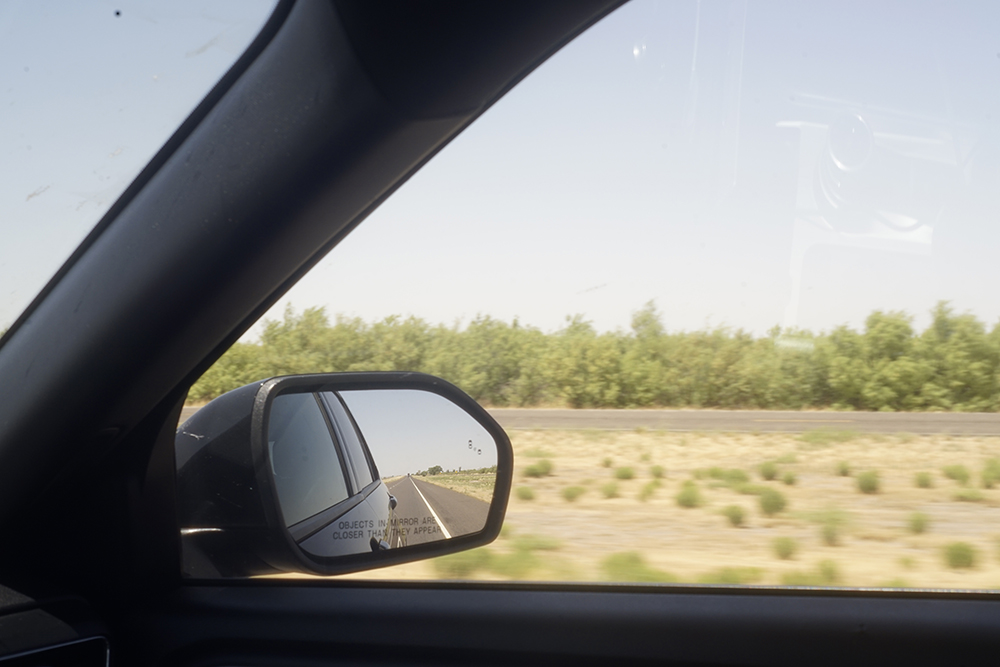 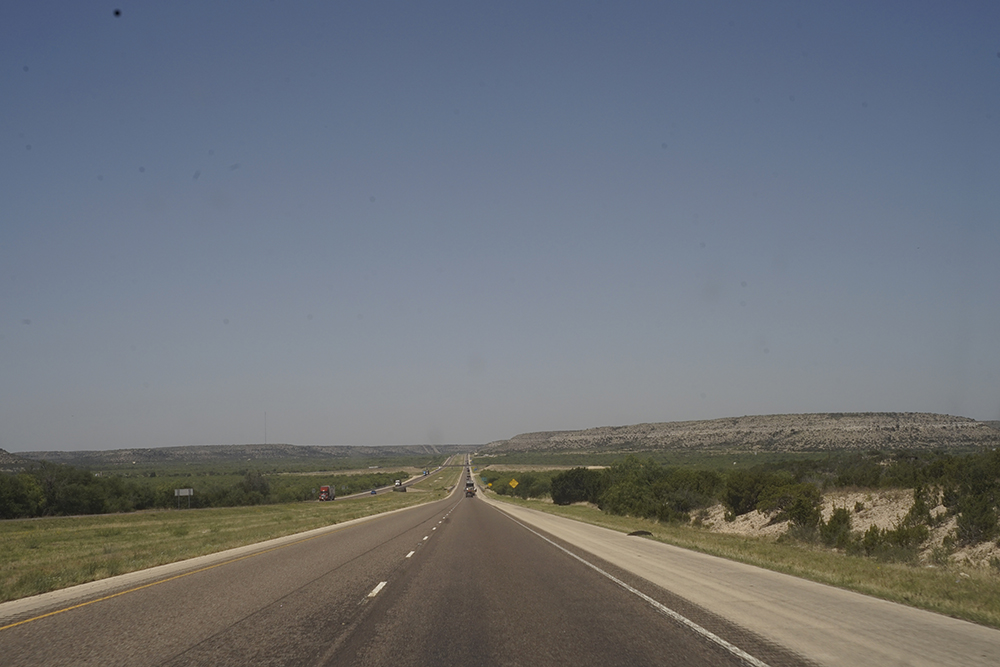 It takes 8 hours to drive from New York City to the scenic Outer Banks of North Carolina. We did it in 11 ½. Kendall and I arrived at our campsite just in time for darkness to settle in and the beautiful views were deeply appreciated, if short-lived. This was to be camping night number 1, and I was pitching a tent on the absolute lowest ground available mere hours before a severe thunderstorm would plop itself down on us. That night I discovered that my tent is not watertight, but in the hours before, the beer was cold, and Kendall can grill a mean steak. One thing that turned out to be an unexpected necessity was a good knife. Not only for cutting line and hot dog packaging, but also for slicing steak, zucchini, and mushrooms. I’d recommend something with gusto and style (something by The James Brand perhaps). 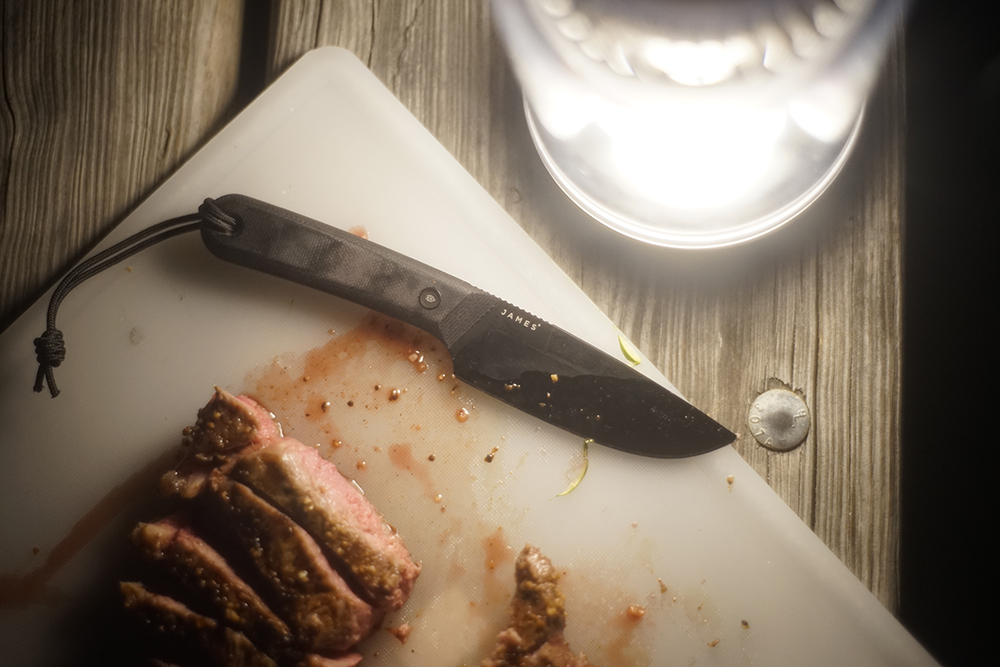 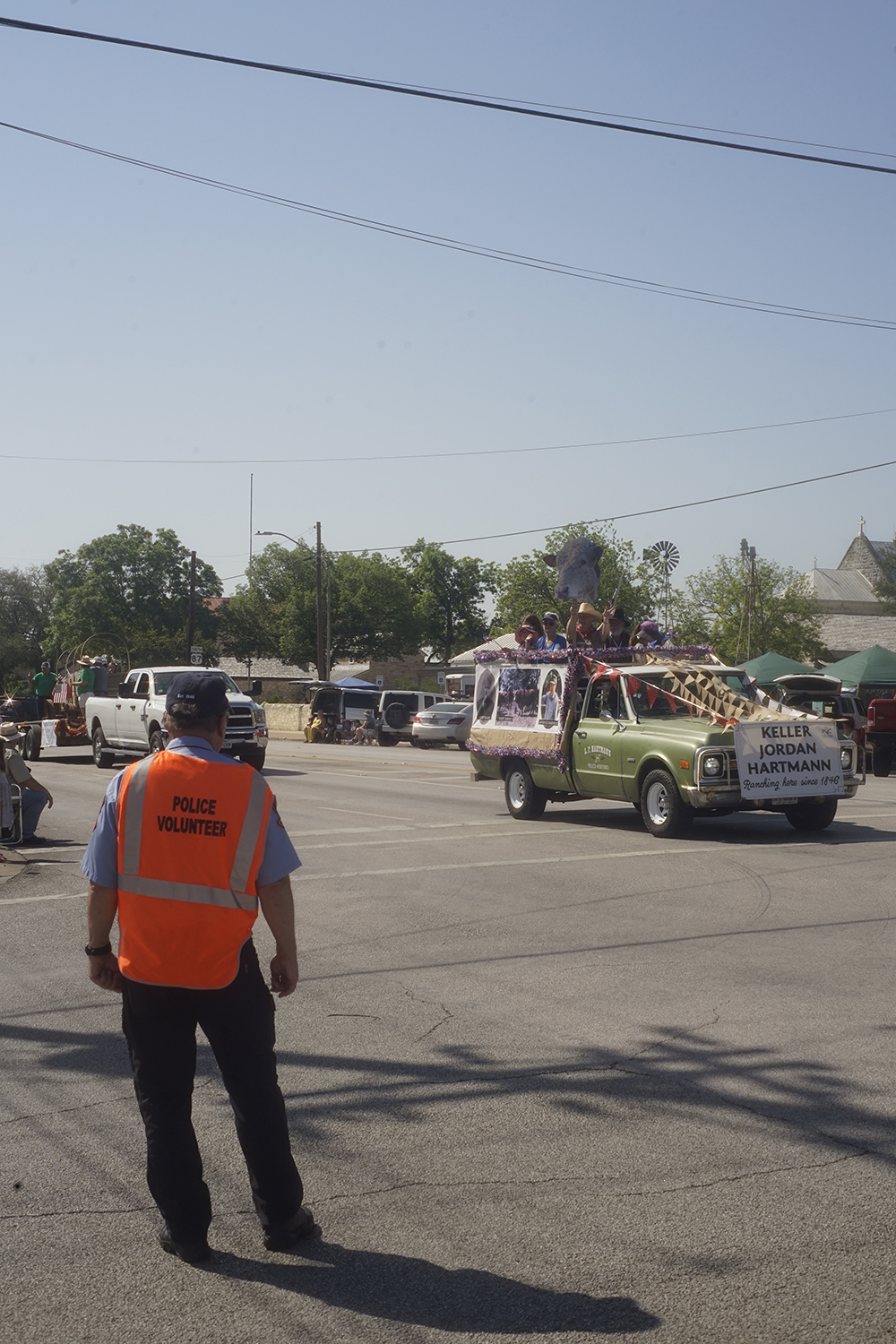 As you’ll have noticed in part 1, one of the initiating factors of this trip was a recent break-up. It was healthy, clean, and open, and I am proud of it in a way. However, as a result, I’ve never felt less attractive in my life; so naturally, I flee to the woods, or in this case, some opulent beach town in North Carolina called Wrightsville. 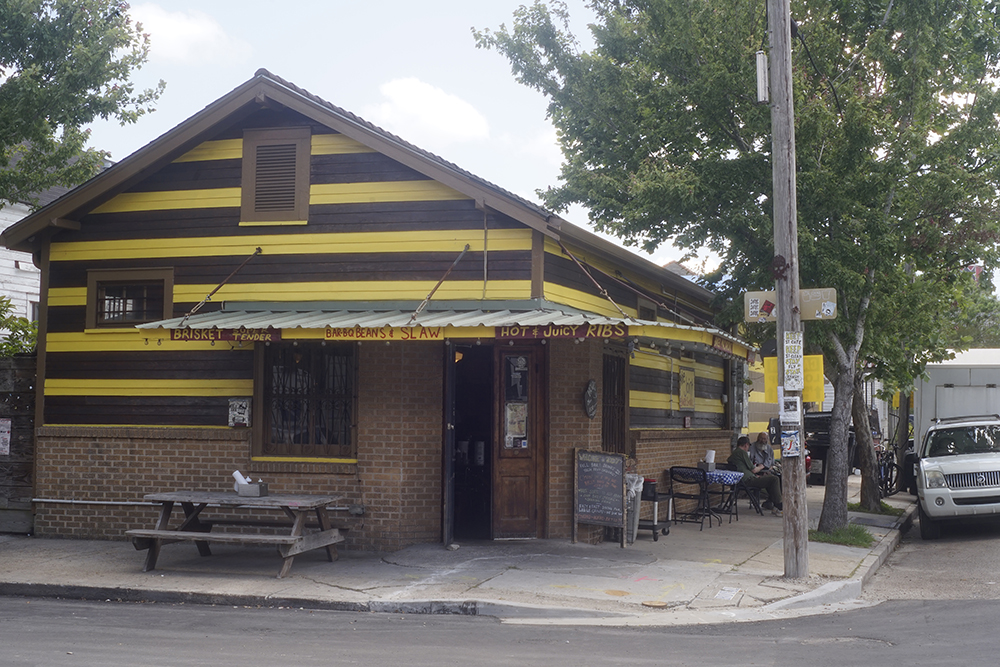 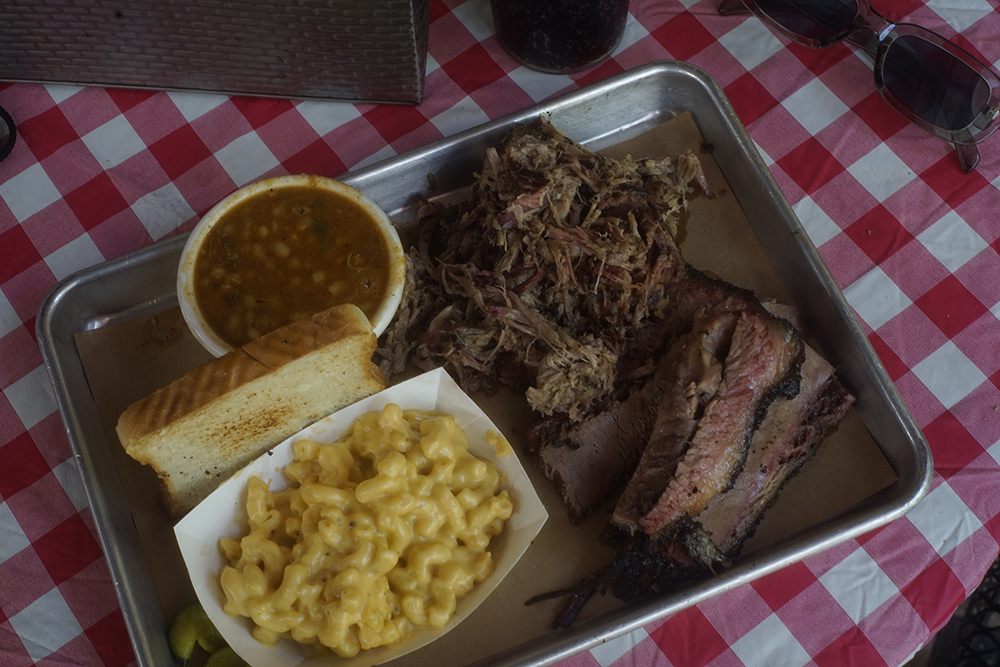 Wrightsville is a town steeped in itself, looking a lot like where an 80’s movie might take place. A teenage boy moves there after his dad gets a new high-paying local job. The boy has never surfed, but all the other teens do, so he learns with the help of a disgraced pro instructor, and turns out he’s naturally good. The boy is also damn sexy for a 14-year-old and attracts the attention of the hottest girl in town, Sandy (or Cindy), and that doesn’t sit right with the coolest kid on the beach, a muscular blond boy with rage issues. The protagonist is challenged to the infamous annual Big Kahuna Surfathon Masters to win Sandy’s heart, etc. 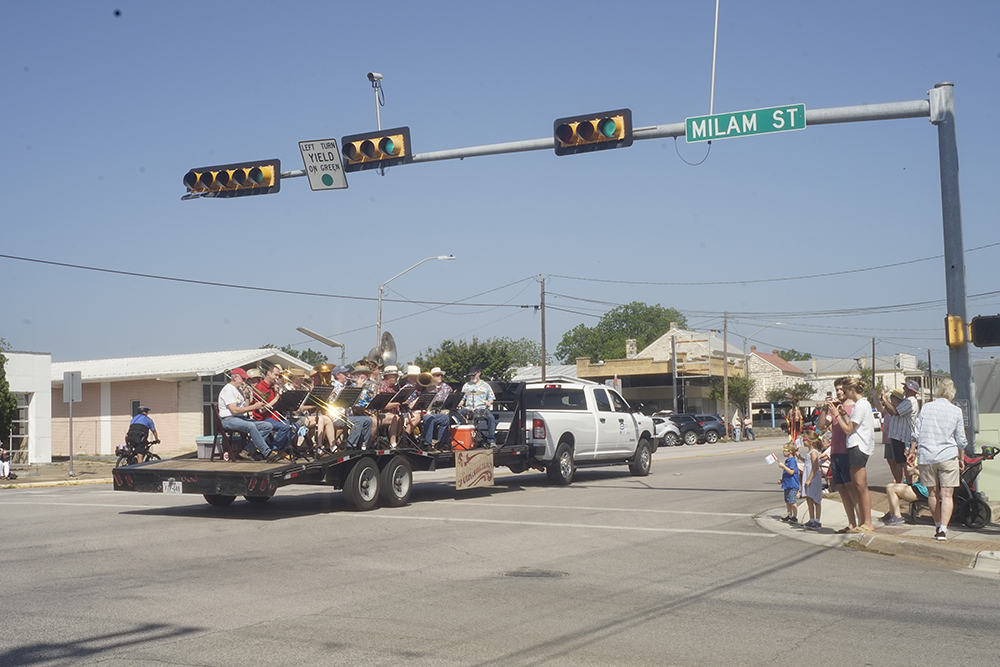 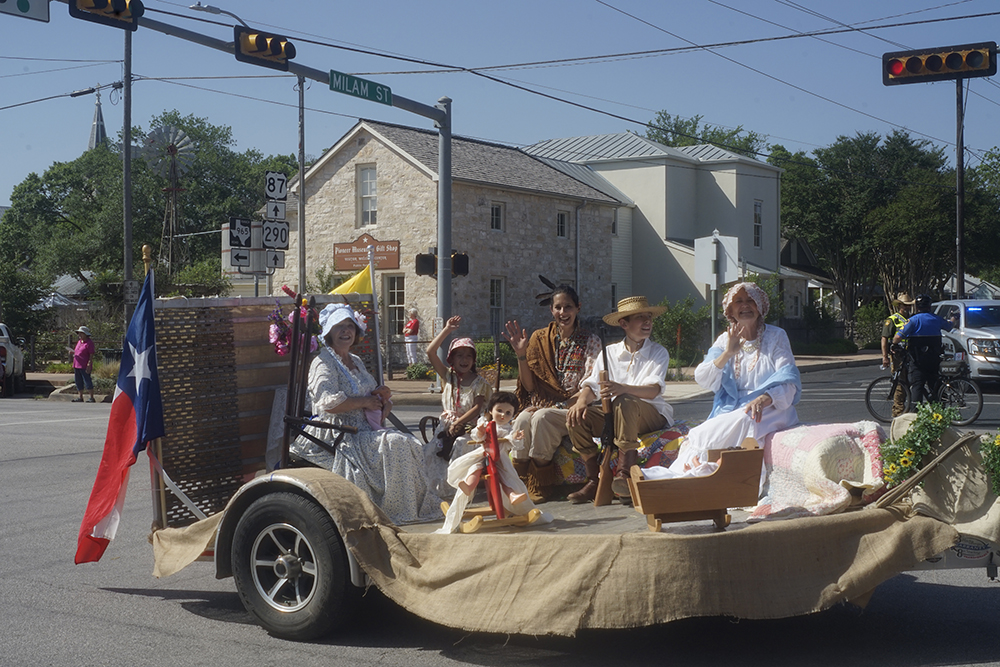 With some miraculous luck, Kendall’s friend’s aunt (thank you very much, Lucy-Ann and Seth, it was truly a pleasure) happened to be out of town and we were able to occupy her beachside estate—curiously named The Dog House—on a stretch of island which had exactly 3 restaurants and exactly 4 bars, all across the street from each other, and all observable from the balcony of our commandeered home. We drank beers and watched as packs of college-age whites moved up the street, entered the bars, caused a ruckus, and walked back in the other direction, their lives slowly slipping away on a slate of beer suds and hushed racial biases. Looking down at the bars, we fancied ourselves urban explorers, and decided to see what Wrightsville had to offer at 11 PM on a Monday. To our surprise and disgust, we discovered exactly what we might have expected: frat boys in floral print shirts and khaki cargos screaming obscenities at a rerun of a hockey game, a gang of rich dads—rosy and spewing—competing for the affection of a 30-something, and a drunk man in the corner being fellated by an equally drunk woman. We took our shots and quickly left. 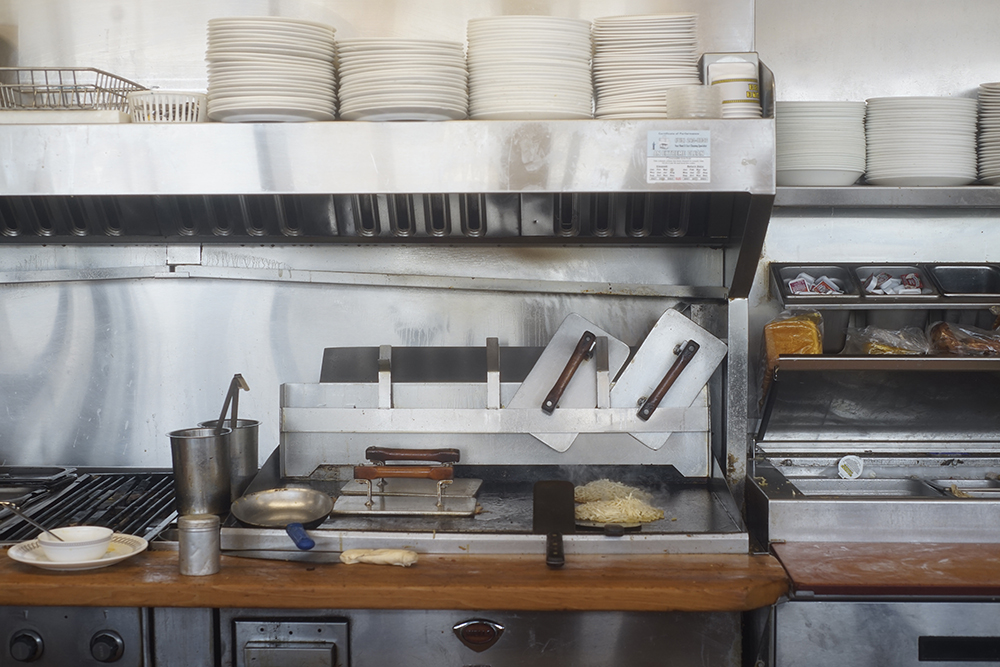 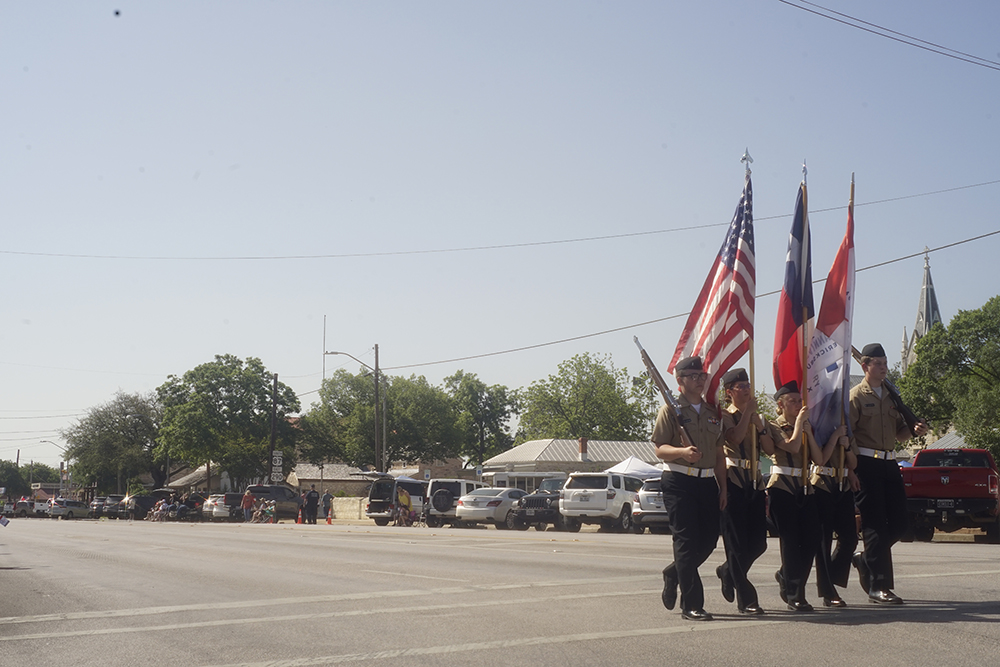 South of the Border was the most unsettling stop in North Carolina, which is saying something. Kendall took me to a place called Waffle House, which I was told was a staple. Shortly thereafter, I spotted another, identical Waffle House. Kendall explained that they all look exactly the same. I was troubled by this at first, but after discussing it further with locals from Georgia to Texas, I’ve come to realize that the House’s consistency is a comfort. Waffle House is there when you need it. Best of times and worst. A part of the family, and a dependable cultural unifier in these harsh and troubled times. I fell asleep somewhere between there and Atlanta, which is where Kendall’s parents live, and where’d we’d stay for the night. The air is thick in Atlanta. Vibrant. We stayed up playing guitar, eating brisket, and drinking red wine. I suspect that this is the appeal of the American suburb, and if so, I get it. 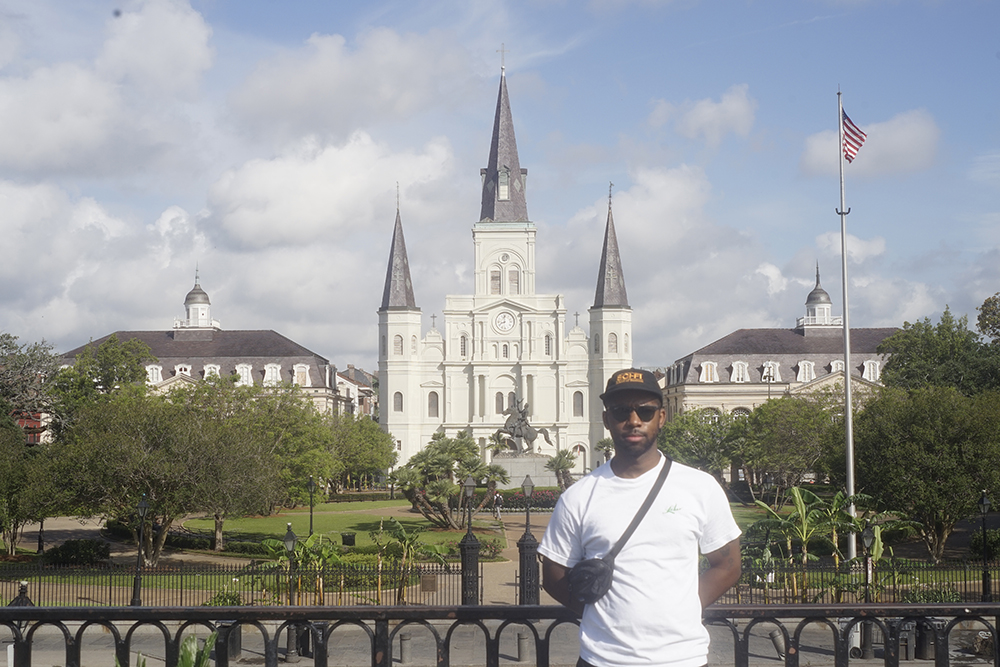 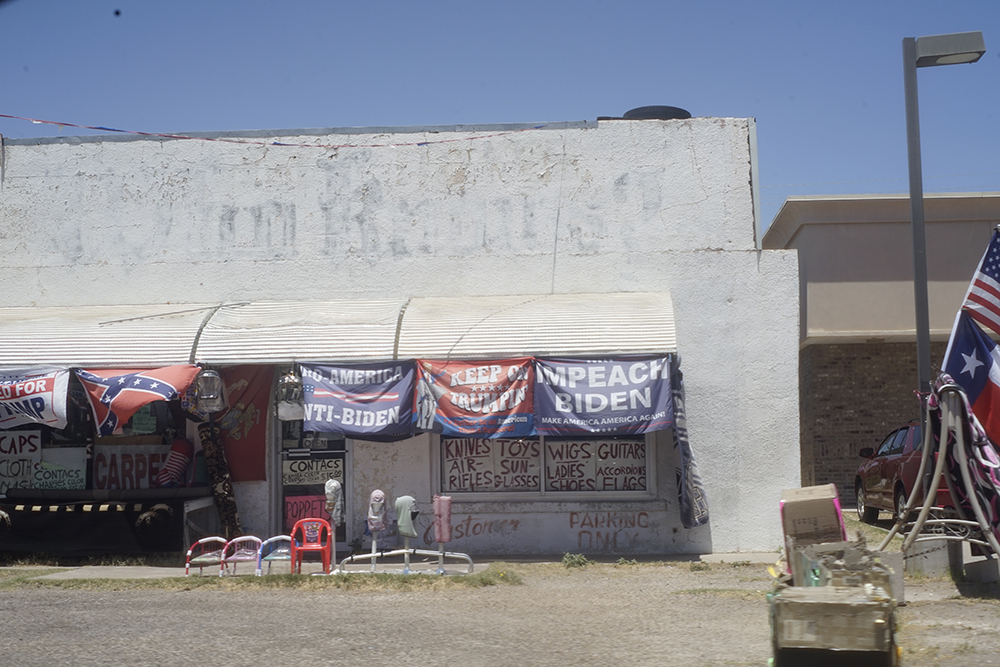 The Mississippi Delta into Louisiana is vast, curvy, and seductive, and when it spat us into New Orleans, I felt anew. We were staying with the brother of a friend whom I had never met, and I was excited to see our lodging luck continue. The house was fucking incredible to the point that I felt bad not paying for it. If you find yourself in NOLA, from comfort to location, I can’t recommend it enough. Our host, Dan, took us on a walk over the Frenchman street and it impacted me like a musical, danceable, shameless heaven. People danced in the street and live jazz bands played in bars. Food, alcohol, love, expression, art, laughter, all unabashedly displayed. I was in awe. I was also impressed by the crust punks. There’s something about a southern crust punk that’s just higher quality than the north. I was told that there were so many because of the convergence of National train shipping in NOLA and this took me aback hard enough to spill a beer on myself. People still hop trains? Only the strongest crust punk could live such a lifestyle, hence the heightened quality. 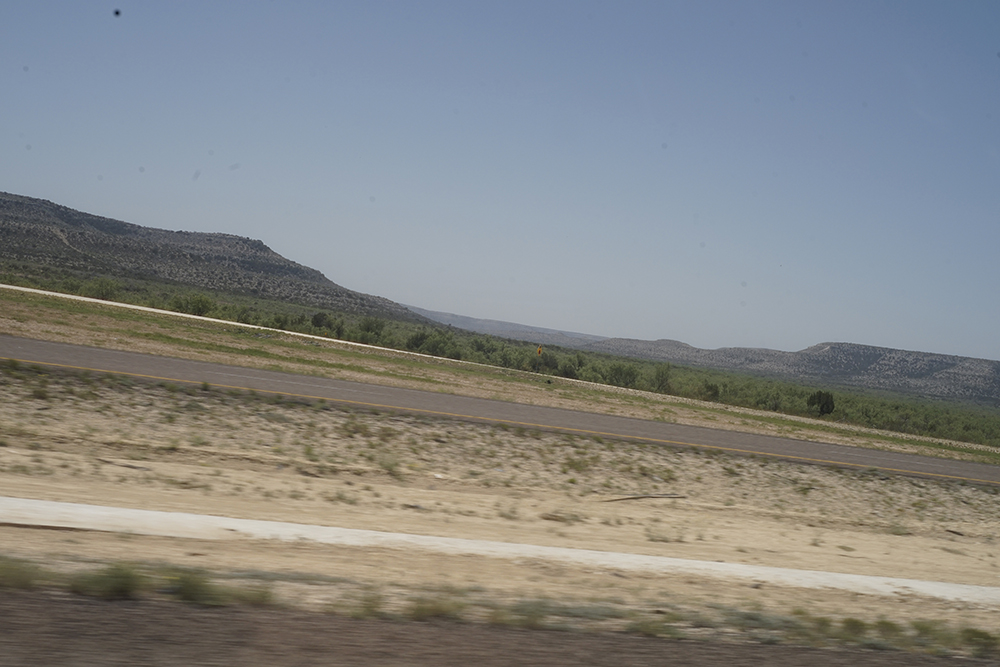 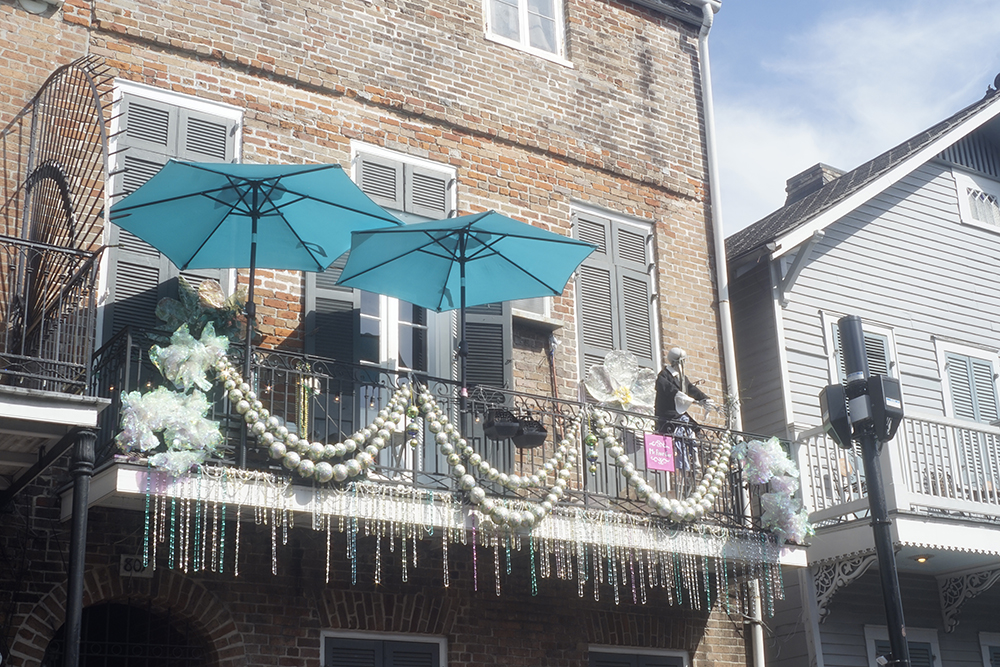 Bourbon Street, though. What can be said about Bourbon that hasn’t already been said about Sodom? It is biblical. If The French Quarter at night is heaven, Bourbon Street is hell. Vomit, stench, kitsch, misogyny, violence, liquor, horse shit, snakes, and sin—all the worst bits of late-stage capitalism lay bare on that godforsaken street. The only thing I can say for Bourbon is that when I wandered into a tourist trap to use the bathroom, I was greeted by two men 69-ing on the stall floor. One of the men waved. I nodded. 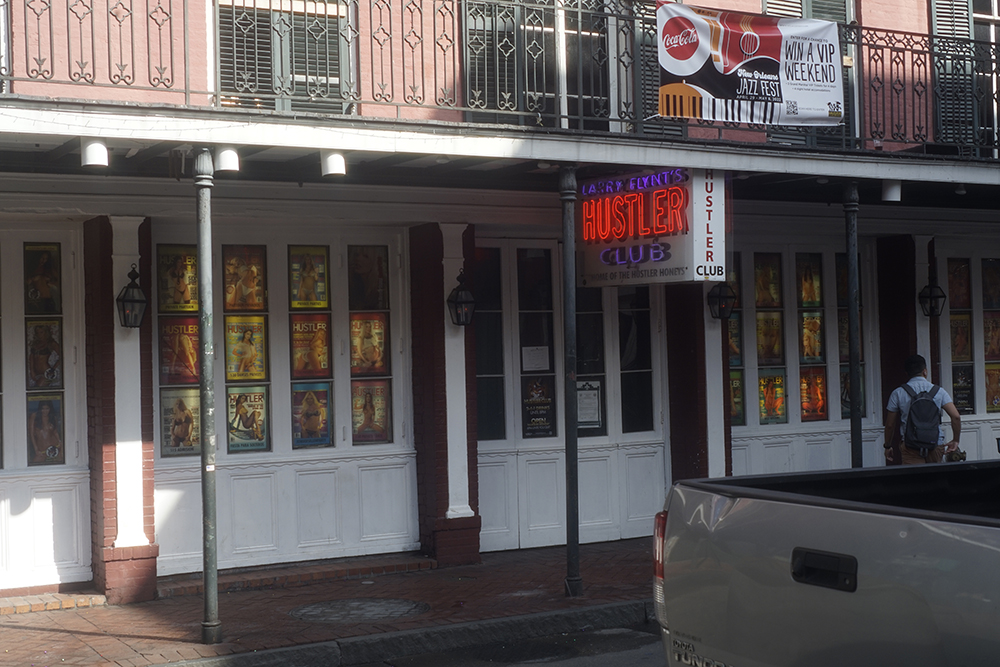 Luckily, we left early and were revived by New Orleans’ best (by my estimation) bar, Anna’s. I didn’t think to bring my camera with me that night on bourbon, but Kendall and I did return the following morning to view the destruction. At 8:30 in the morning, we watched city employees hard at work washing away the stains of the previous night—a Wednesday night, though likely as heinous as a weekend. It’s near painful to watch, a city optimistically—if naively—hosing itself down only to be used and abused again in a matter of hours. Like Sisyphus pushing the boulder up the hill, these poor citizens woke up early to assess the damage, repair it, and pray for a merciful night. 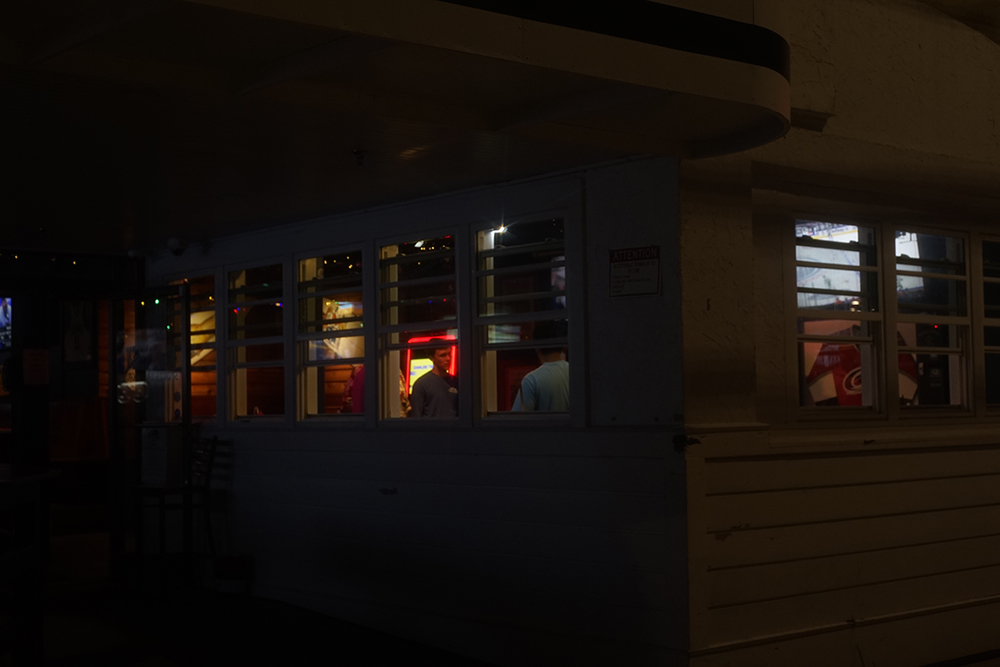 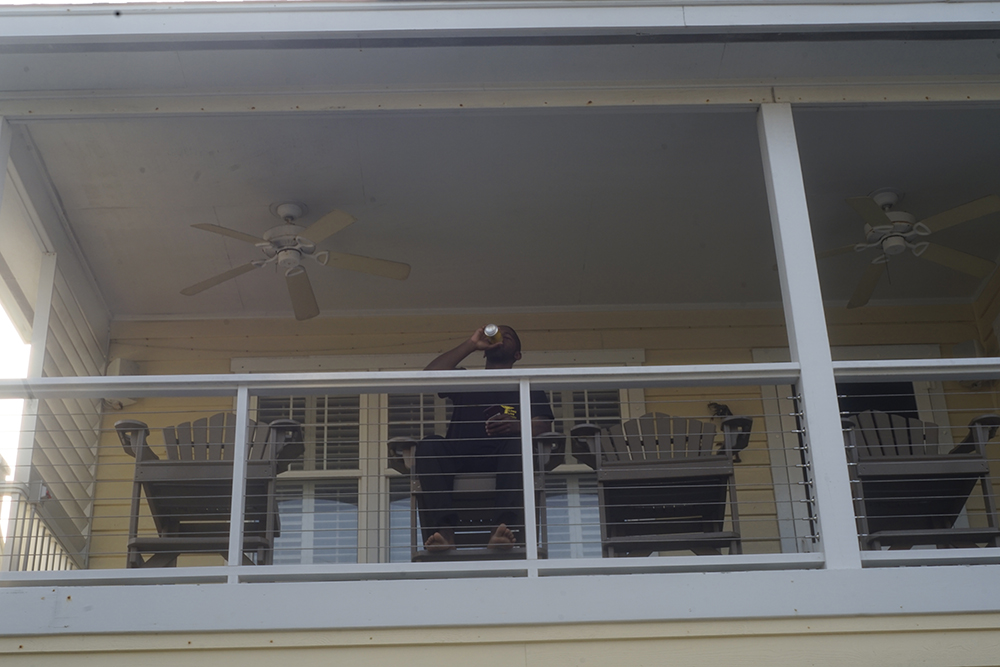 Unsure about what to do with ourselves, Kendall and I spent that day drinking and eating beyond the bounds of comfort. The Joint’s BBQ is perhaps the most delicious thing I’ve ever eaten. I could have shed tears, and I nearly did at the memory of the emotional baggage I’d left in the city, like my brain poking my heart whispering, ‘This is delicious but don’t forget to be sad.’ We quickly washed those feelings away with a midday bottle of SauvBlanc.

We passed a series of houses with spray-painted letters and numbers on them, all the same, some of them framed or adorned. Dan explained that they were put there by search and rescue workers searching house to house for dead bodies after Katrina. Numbers being the date, followed by a series of letters corresponding to the search team. For example, ‘9-16’ means September 16th, and ‘TXFW’ means that the house was searched by the Texas Fort Worth National Guard. It was a grim reminder that many homeowners refused to wash away, perhaps out of indifference, but more likely out of reverence and respect for those they’d lost, still remembered, honored on their doorstep, 18 years later. 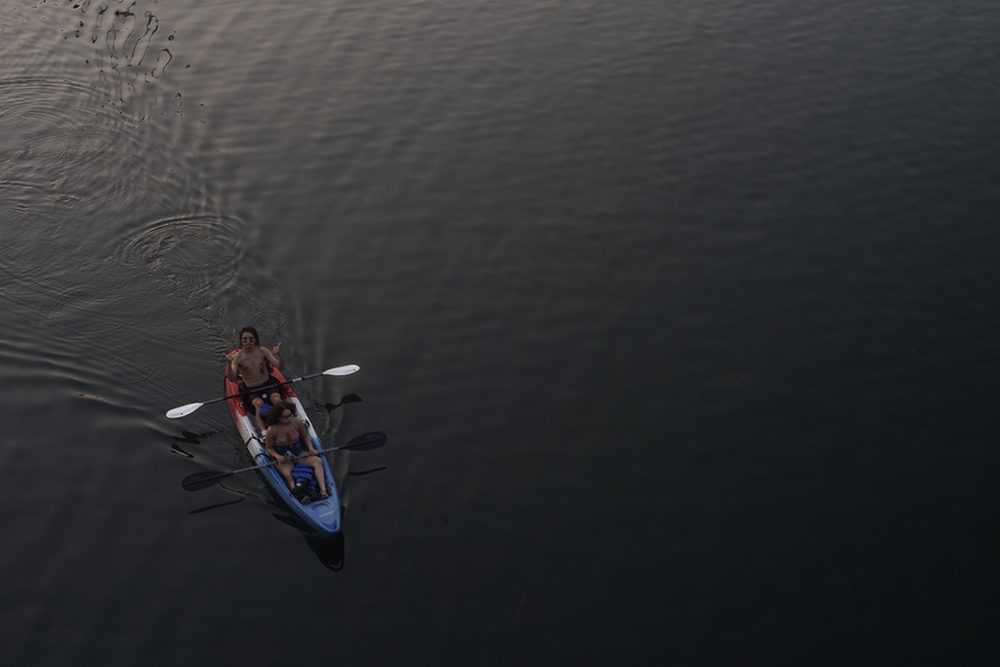 The south had been kind to me. That night, many street beers and G&T’s in, I found myself back at Anna’s, watching Kendall vibe hard (and alone) on the dance floor, both our shirts blotted with sweat unevaporated in the wet midnight air, and wondered what I might be writing in this piece. If it’d be a guide, a description, or a recounting. I’m still not sure. Kendall departed back to the city the next morning and I’m pushing on to Austin, TX. God help me.