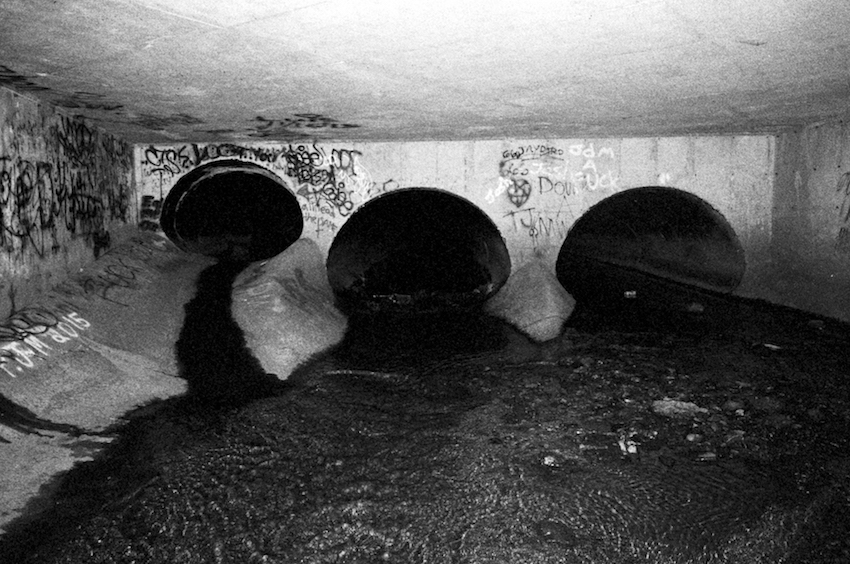 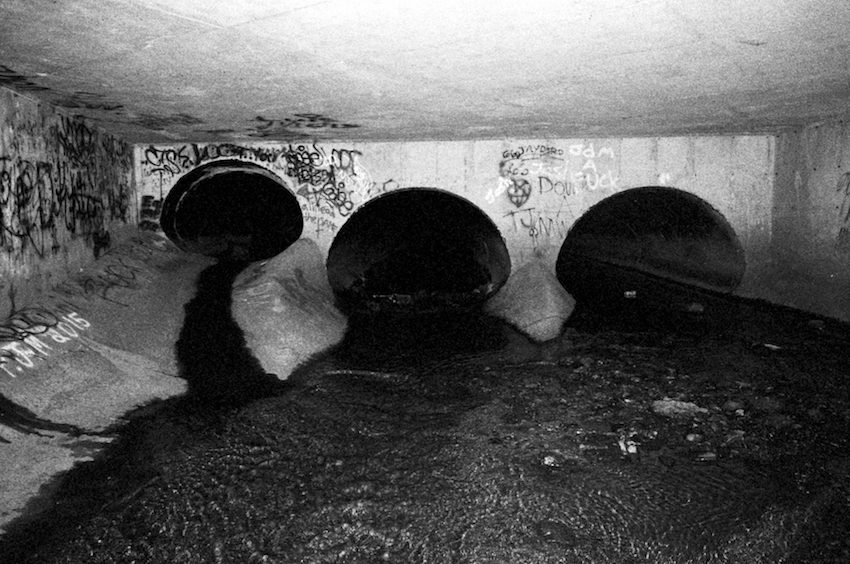 A photographic journey to a lesser-known part of the big apple.

The ‘Gates of Hell,’ is a series of water runoffs and underground tunnels located in Clifton, about an hour outside of downtown Manhattan. If you can convince a friend in the city with a car to go, it’s an easy drive with not too much navigating. 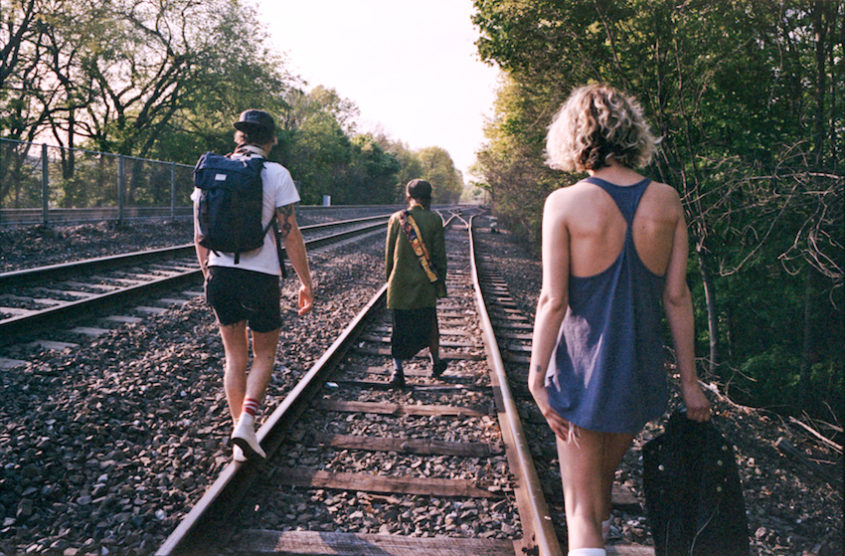 Once you’re there, it’s about a quarter mile hike down a set of tracks, that takes you over a bridge and past the old Black Prince distillery. After the brewery, there are some pathways that drop off a steep embankment into the woods and lead you to the tunnels down below. 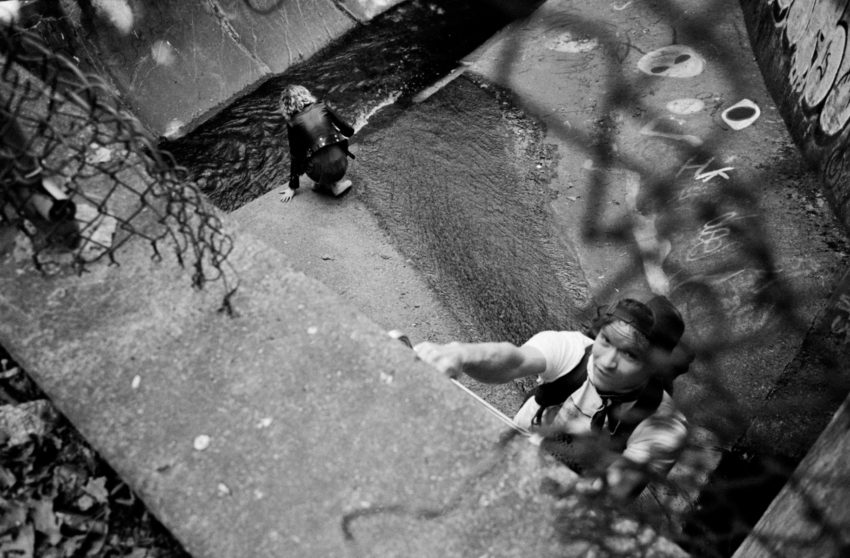 Rumour has it, this entrance leads to seven layers of interconnecting tunnels (the seven layers of hell) and that somewhere within them, is a room where you come face to face with Lucifer himself. It’s also rumoured that these tunnels were used during the prohibition era, as a means to transport alcohol and escape police busts from the distillery. 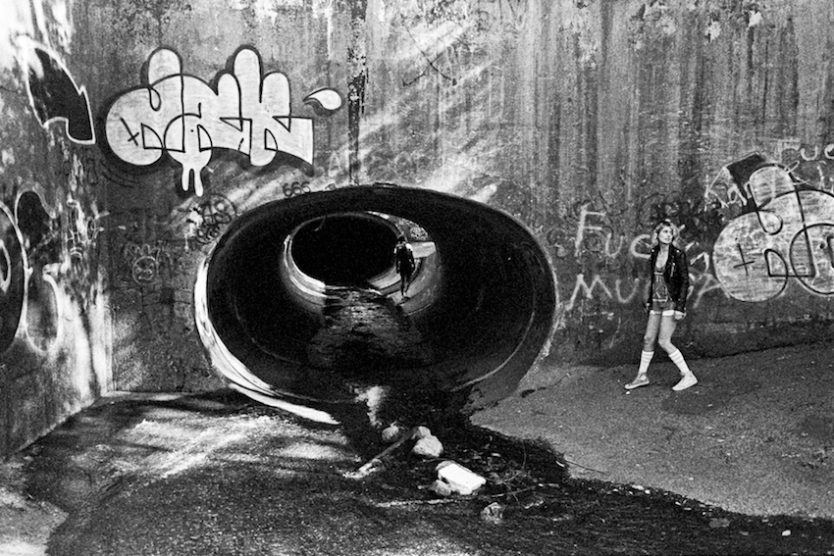 Online warns of finding animal remains from Satanic sacrifices inside the tunnels, but the eeriest thing upon approaching the entrance is that it’s bone dry and seems to possess a deadening quiet, with a faint echo in the distance. Inside the square entrance is a round, cobblestone tunnel that takes you deeper into the pitch black. Arriving at the first junction, we decided to follow the largest tunnel in the direction from which the water flowed.

We passed several dry, smaller openings and eventually we came to a larger room with three tunnels, one of which smells a bit and is marked comedically, “…not the gate to hell…” 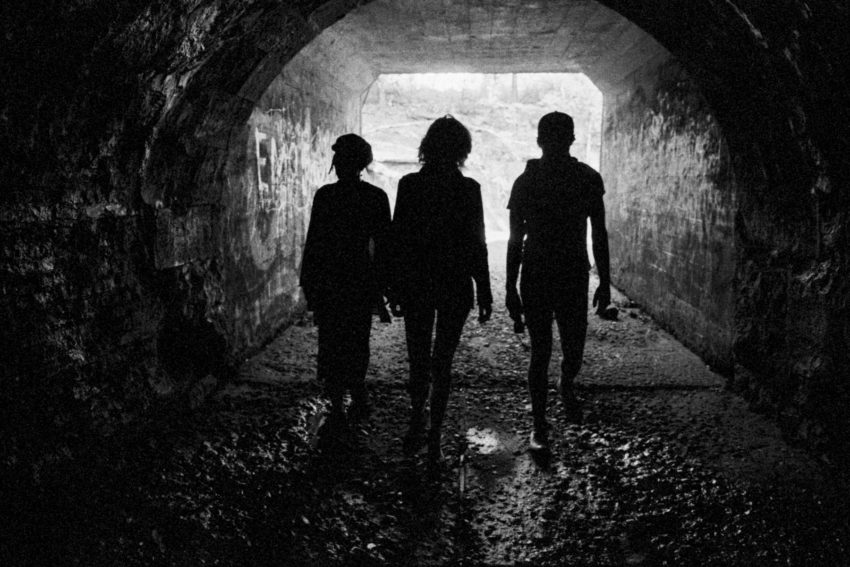 A few hundred feet into one of the tunnels we could see a faint light that looked like it was coming from above, the other large tunnel seemed to disappear into darkness. We were still relatively dry, walking along the edges of the water, but if we wanted to venture in further, it would mean fully committing to walking through what looked like a shin to knee-deep stream of rushing water. 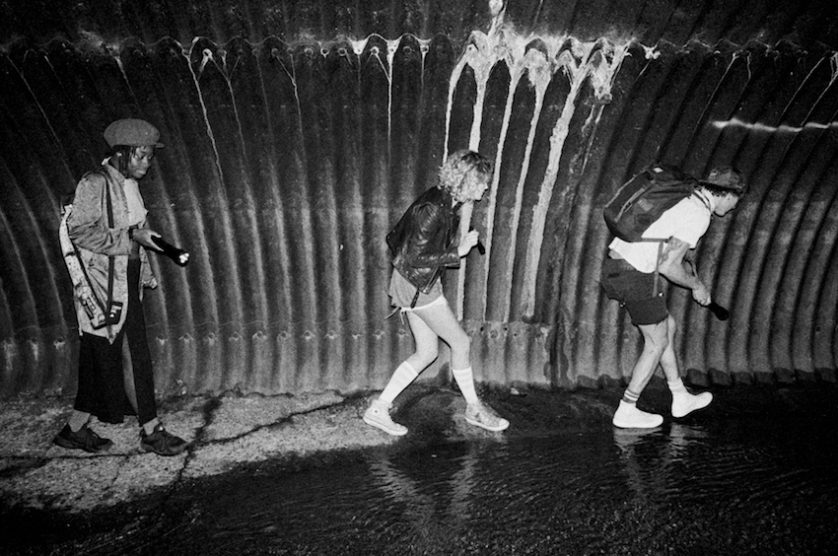 We sat outside the tunnels drinking in the sun, and sharing thoughts we had about the past visitors of the place. 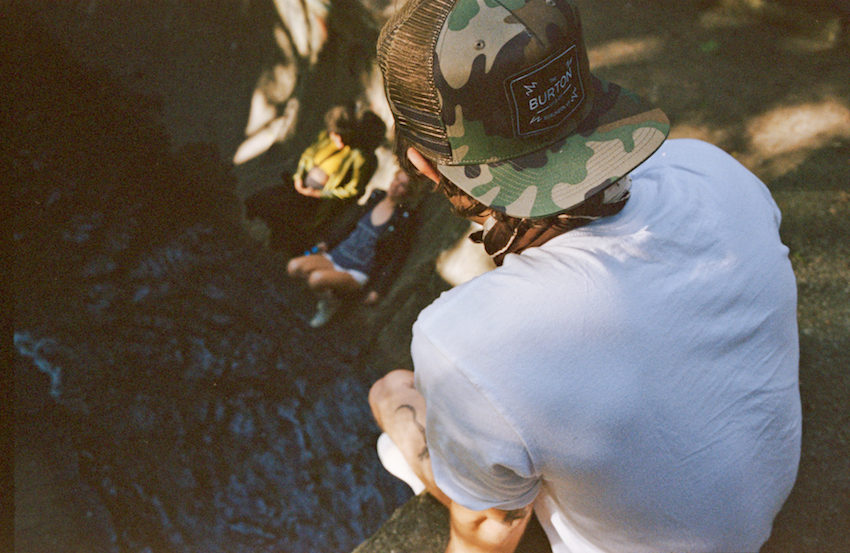 After a while we headed back up to the tracks, and watched the trains pass as we finished our beers. Cass flashed one of the passing trains, and laughing, we grabbed our shit figuring we better get out of there before the cops were called or something. 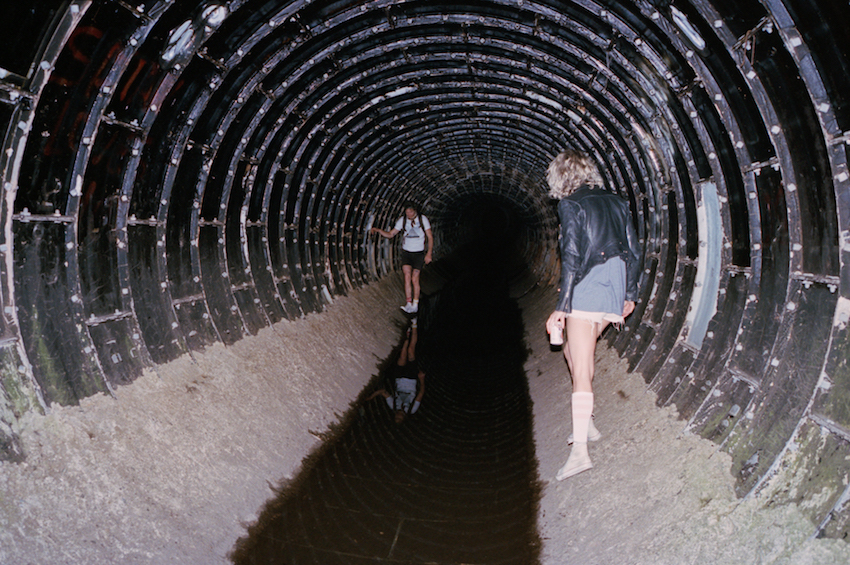 Famished, we headed back to the van, stripped off our shoes and drove back to the city in search of margaritas and tacos. We all agreed it would be cool to go back more prepared, and bring rubber boots. With the onset of the summer in all our minds, the trip had set the tone perfectly for the hot summer days ahead. 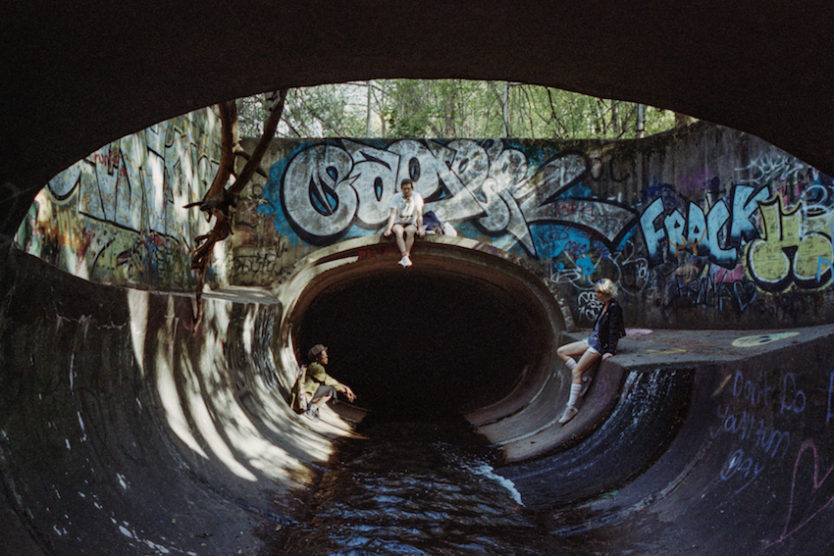 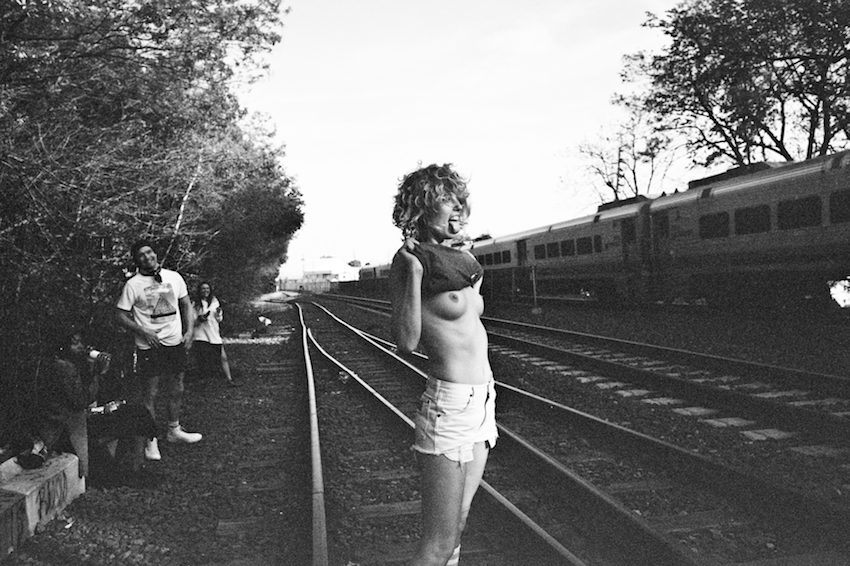