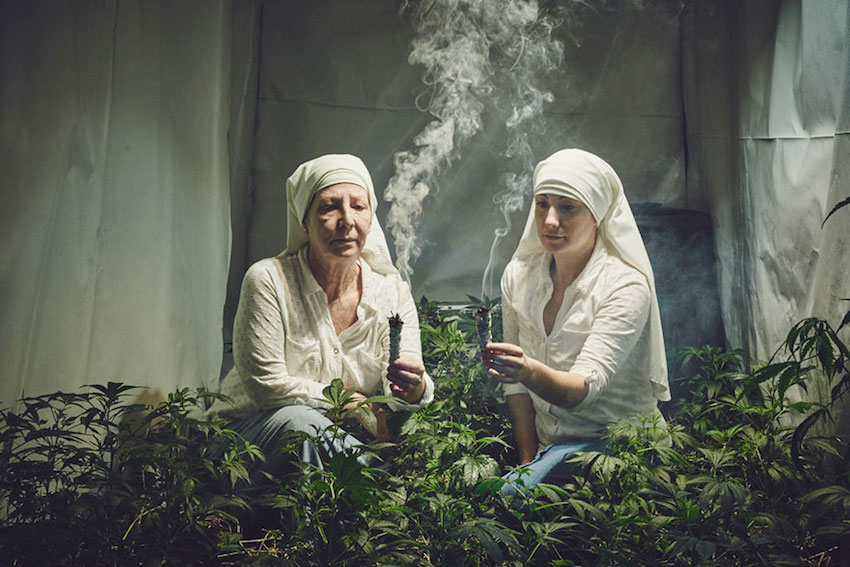 “The day Congress declared pizza a vegetable, I declared myself a nun. I donned the habit, and I haven’t taken it off.  When people ask me, “Are you a real nun?, I say, “Yes, my dear, just as corporations are real people and pizza is a real vegetable, I am, a real nun.”

Sister Darcy grew up in Washington State, growing marijuana in her backyard. Sister Kate began dressing like a nun (which lead to her being called Sister Occupy), during the Occupy Wall Street movement, when she was protesting the US government’s decision to declare pizza as a vegetable.  We know one thing. Anyone who protests pizza is bat shit crazy and we salute them.

The pair call themselves Sisters of the Valley, and they grow weed in Merced, California. Before their online store was removed from Etsy, the Sisters were making around $40,000 a month in sales. 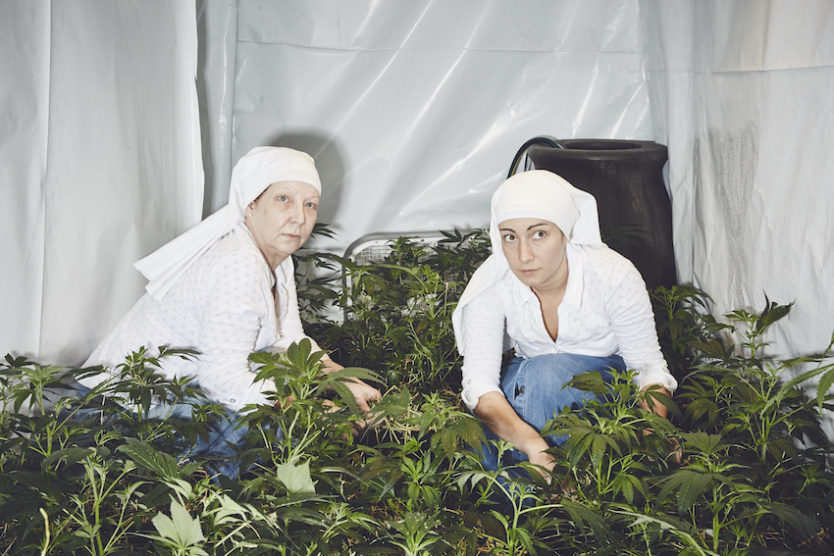 The photographic series, by photographers Shaughn Crawford and John Dubois, features the Sisters going through their cultivating process and enjoying the fruits (but not the seeds) of their labour. 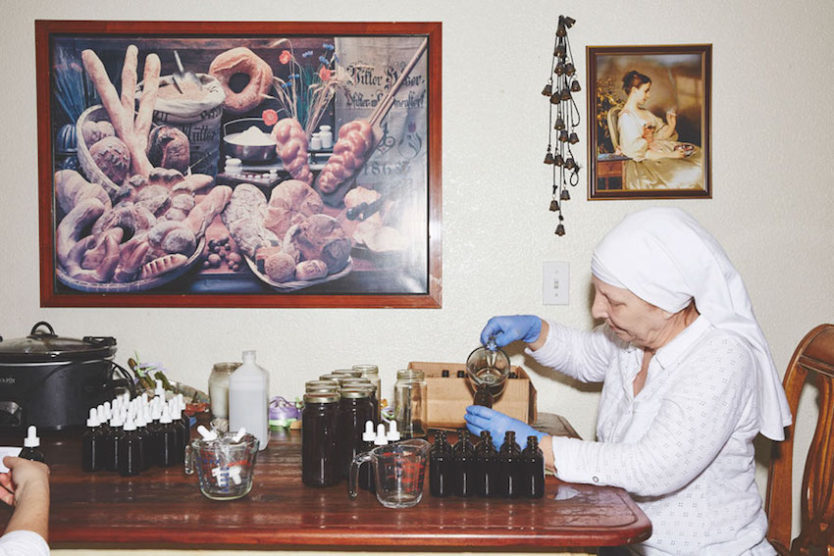 They live by the five elements that they say defines a ‘Sister,’ including obeying the cycle of the moon and taking a vow of chastity (but not celibacy, they say that’s different). So they’re not really really nuns, but the big guy upstairs would’ve booted them out of bible camp by now anyway so it doesn’t matter.

“This is the Wild West. We’re not growing dandelions.”

Aiming to make marijuana a healing industry, not a stoner industry, they harvest according to moon cycles and individually bless each CBD based product before it’s shipped. 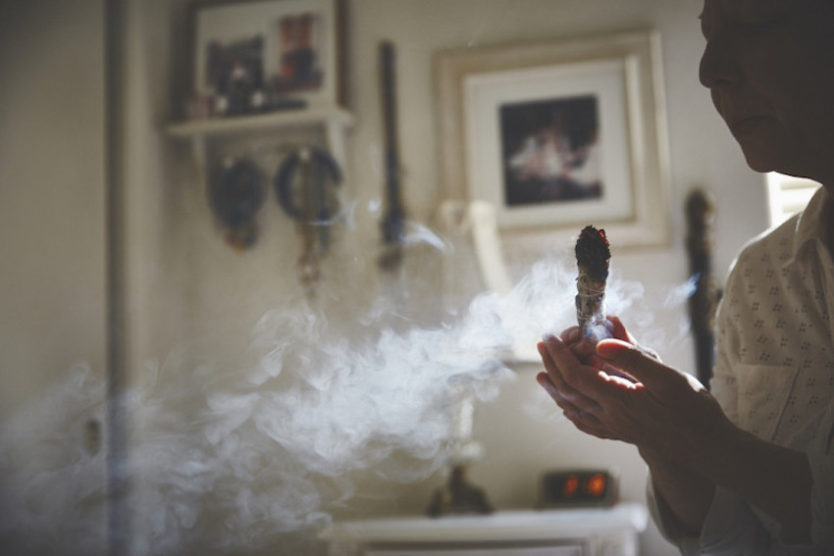 Buyers of the stuff are singing praises for these ladies, saying it’s helped to relieve the pain from cancer, arthritis, chronic migraines and the after-effects of stroke. It’s also said to help hangovers which is great because a) what is self-control and b) what kind of weirdo wants to get hooked up to a hangover IV drip. 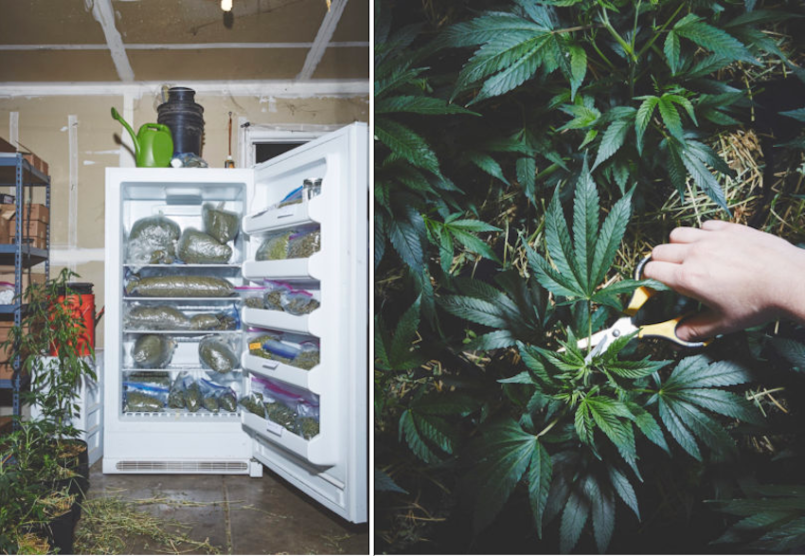 And even though the US has 24 legal medical marijuana states, including California, the authorities want to get rid of the Sisters. What would happen if the Sisters and their kind of operation were in Australia? 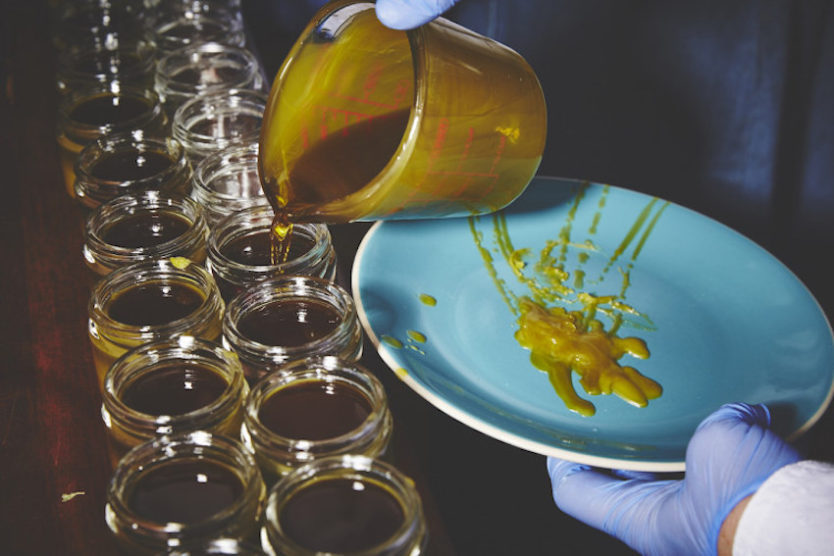 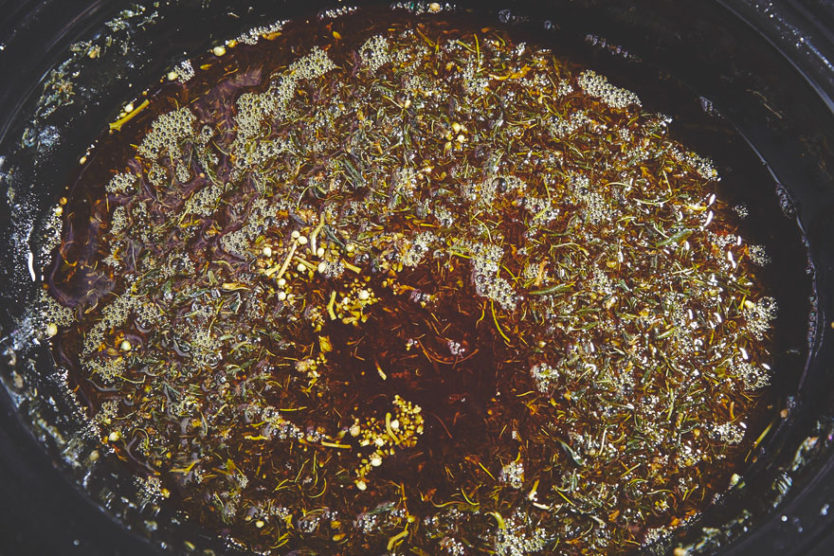 We’re not saying decriminalize weed to make life easier for your bong/video game loving friend, whose efforts to get a job stretch about as far as his local Centrelink office. We’re saying it because medicinal marijuana is proven to help people with chronic, debilitating diseases. 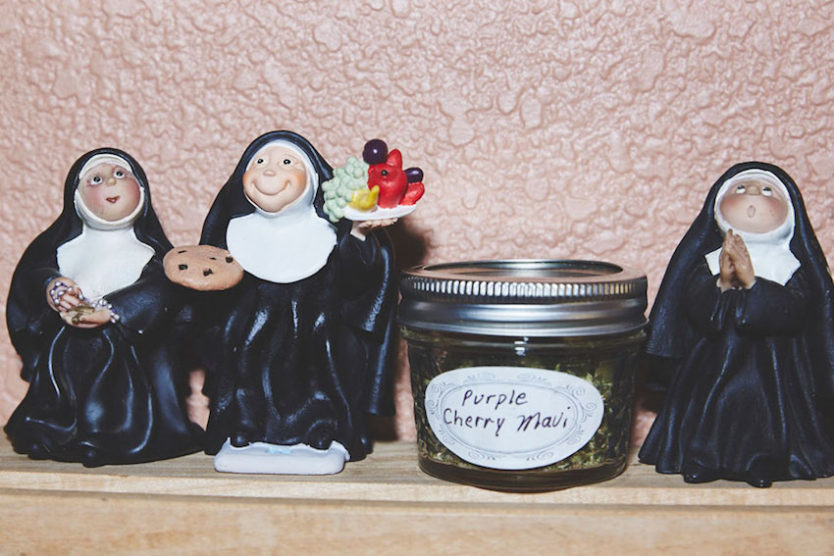 Which means, for example, that parents of kids with severe epilepsy don’t have to break the law to give them some relief. But shit, we forgot. A person’s right to choose is temporarily on hold at the moment in some places (please see curfew for adults and fun police for more).

So, back to California. The Man is trying to shut the Sisters of the Valley down, but the Sisters are saying they won’t let happen. Hail Mary (Jane). 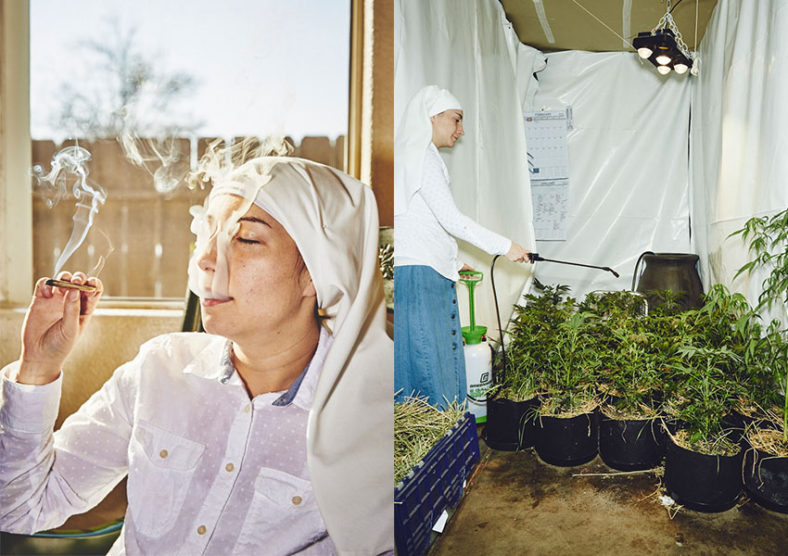