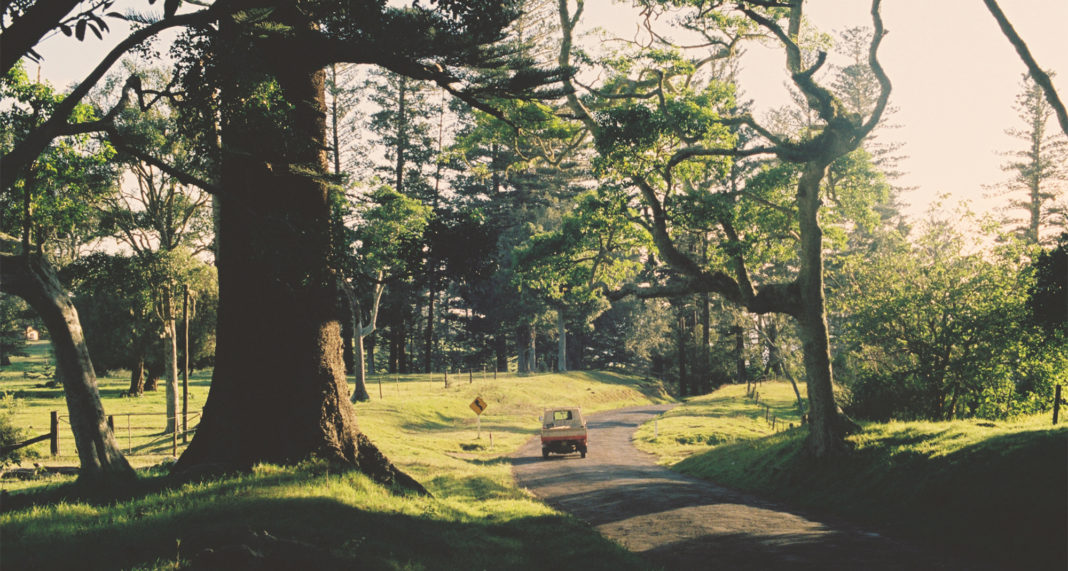 Words and photos by Digby Ayton

Mum and Dad had always spoken about the island paradise where our family lived when I was very young.

This summer we returned to the sub-tropical paradise for the first time in 20 years to pass a few weeks surfing, swimming and spending our evenings eating fresh fish on top of grassy cliffs. Only three hours flight from Sydney, Norfolk Island is the perfect place to do not much at all, but here’s a few things to do in between naps. 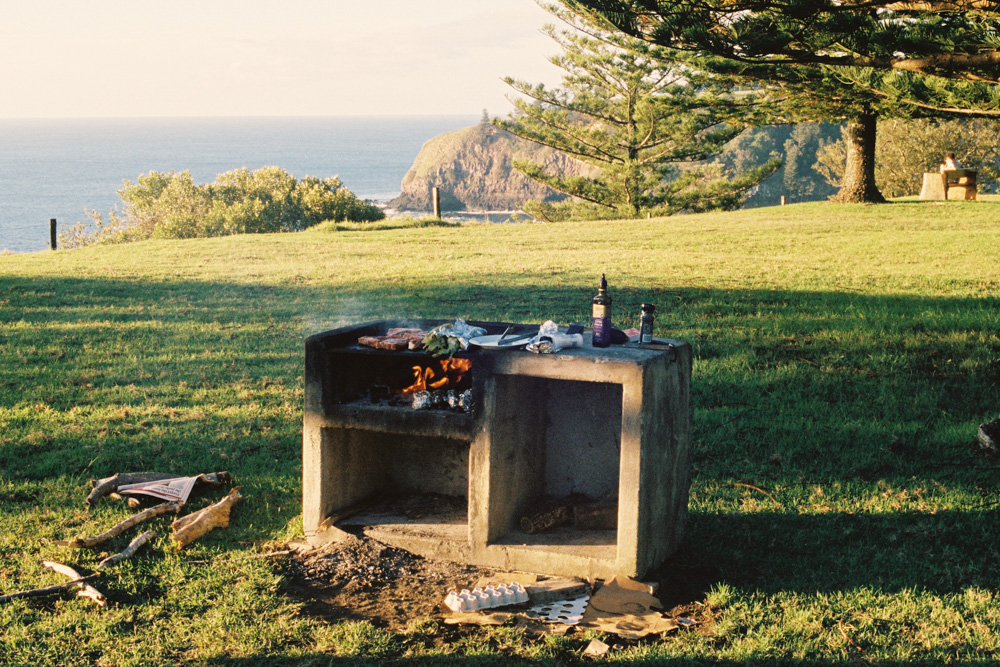 Norfolk Island is really just one large botanical garden plonked in the middle of the Pacific. Full of whistling birds and tall trees, I’ve never seen a place with so many wonderful spots to settle down with a book and eat sandwiches (possibly helped by the cows who meticulously tend to the grass). Each clifftop and forest gully seems to have its own little wood-fired BBQ complete with a generously bundled pile of kindling, and every bend in the road is guarded with its own little roadside stall. 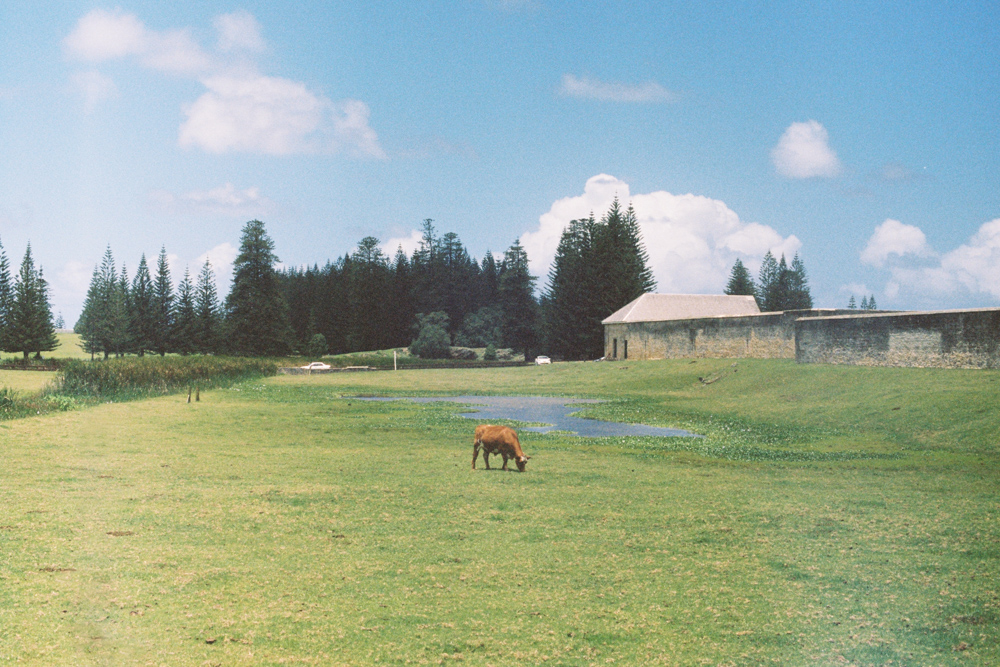 Soon enough you’ll get to know which corner sells the best avocados, whose grandmother makes the most delicious pickled onions, and which backyard produces the sweetest bananas. In this way, you can make your way around the island picking up local produce until the picnic basket is suitably filled. I think out of the entire two weeks on the island, we only ate inside three times. All other nights were spent watching the sunset or under a Norfolk Pine while our fresh fish crackled above the fire. 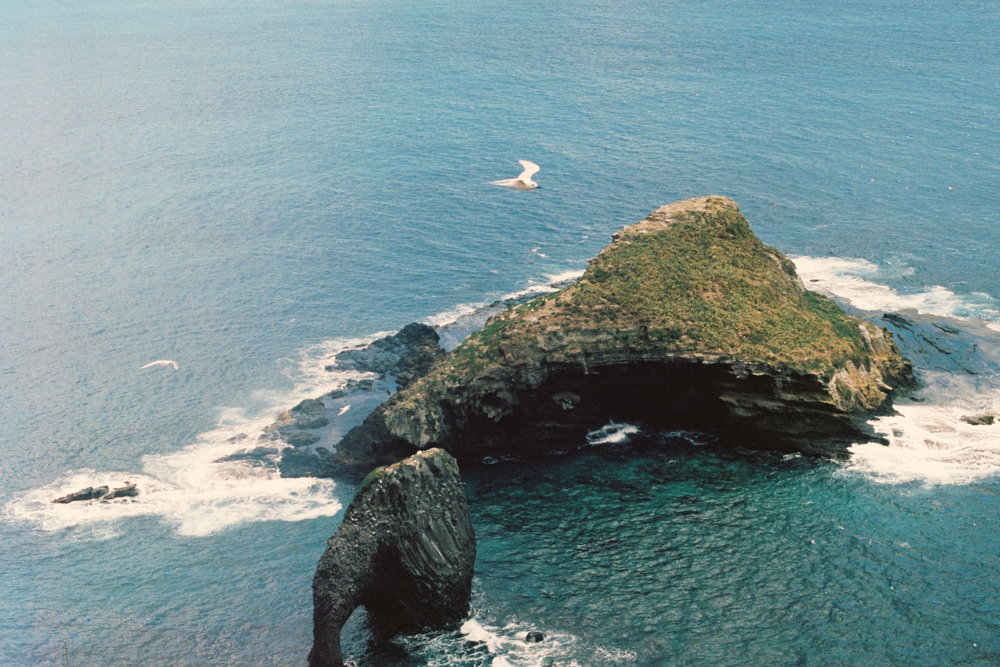 Learn about the island

There are only 1800 people that permanently live on Norfolk Island and each one of them is happy to say hello and have a chat. Historically it’s an interesting place, with records that date back to the seafaring Polynesians, the First Fleet, penal settlements and then the infamous ‘Mutiny on the Bounty‘. Even today, many of the families proudly carry the names of the Bounty’s original mutineers. There are some little museums that delve further into this history and a masterfully painted Cyclorama which re-tells the story, all of which are worth seeing. 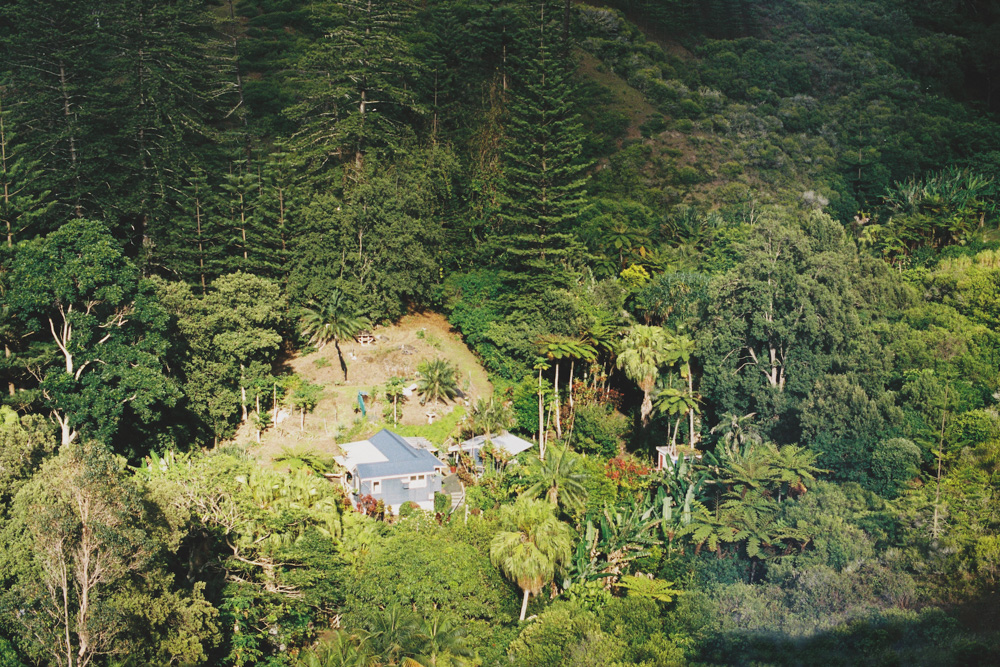 The locals on Norfolk are extremely proud of their heritage and are often happy to talk about their island home. It’s worth taking the time to learn about their culture and also some of the challenges facing the residents today. Like many remote communities, the island is trying to walk the fine line between integrating themselves with the modern world while preserving their heritage. 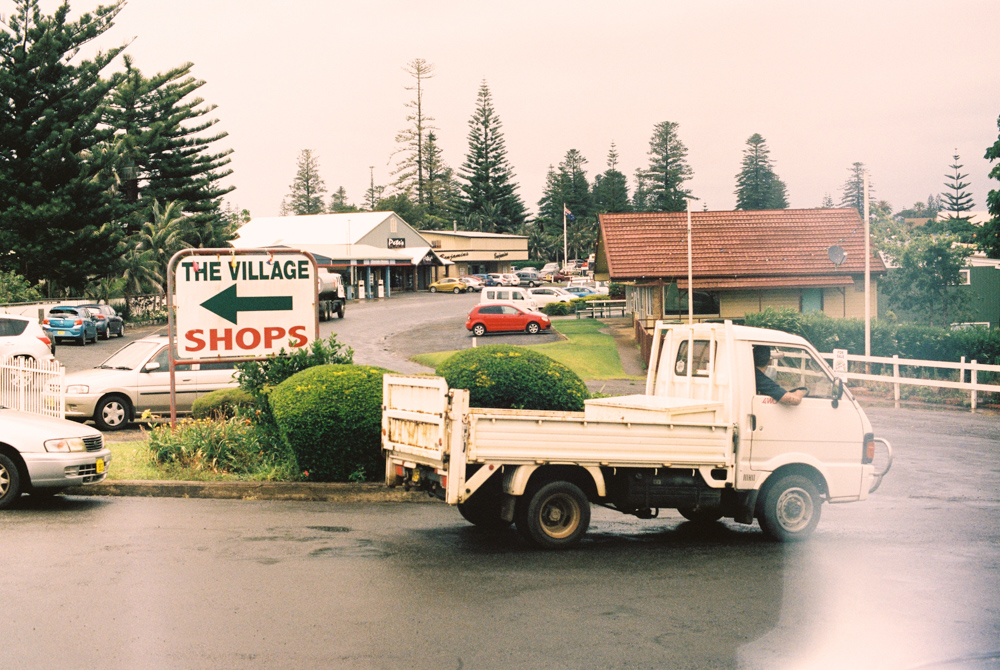 Yeah, who knew? I was surprised to find that while the main and only road through town is little more than a kilometre long, it’s quite the eclectic shopping experience. Apparently, in the 90’s Norfolk Island was a popular shopping destination. The absence of GST and import taxes meant that designer brands could be sold at much lower prices than anywhere else. Many people would fly in with one bag full of bathers and sunscreen and empty bags ready to load up on the cheap European goods.

Despite the current popularity of online shopping, the stores on Norfolk still cling to the glory days. Walking into some of these stores is like stepping back a decade and it’s a pleasant surprise to be treated with old school service and browse items that have been made to last. My favourite shop had a knitwear selection surpassing your grandmother’s wildest dreams. It felt like a carefully curated op shop full of brand new items, though I’m sure most of the stock had been there since the 80’s. I ended up buying a shirt made by the golfing department at Tabasco’s Sauce whose slogan is ‘Tabasco adds spice to food and Tabasco apparel adds spice to life’. Great stuff. 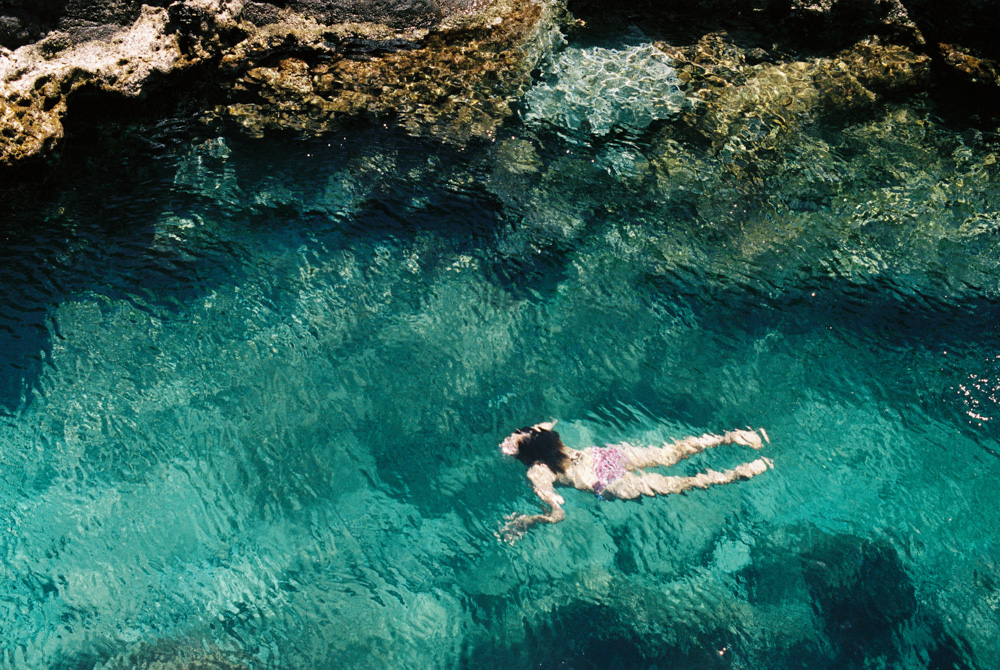 The water on Norfolk shares a similar temperature range to the Byron Bay in northern New South Wales. Geographically, the island is a little speck east of Sydney and north of New Zealand. 35 square kilometres of greenery in the middle of the Pacific and surrounded by the clear blue water of your tropical day-dreams. 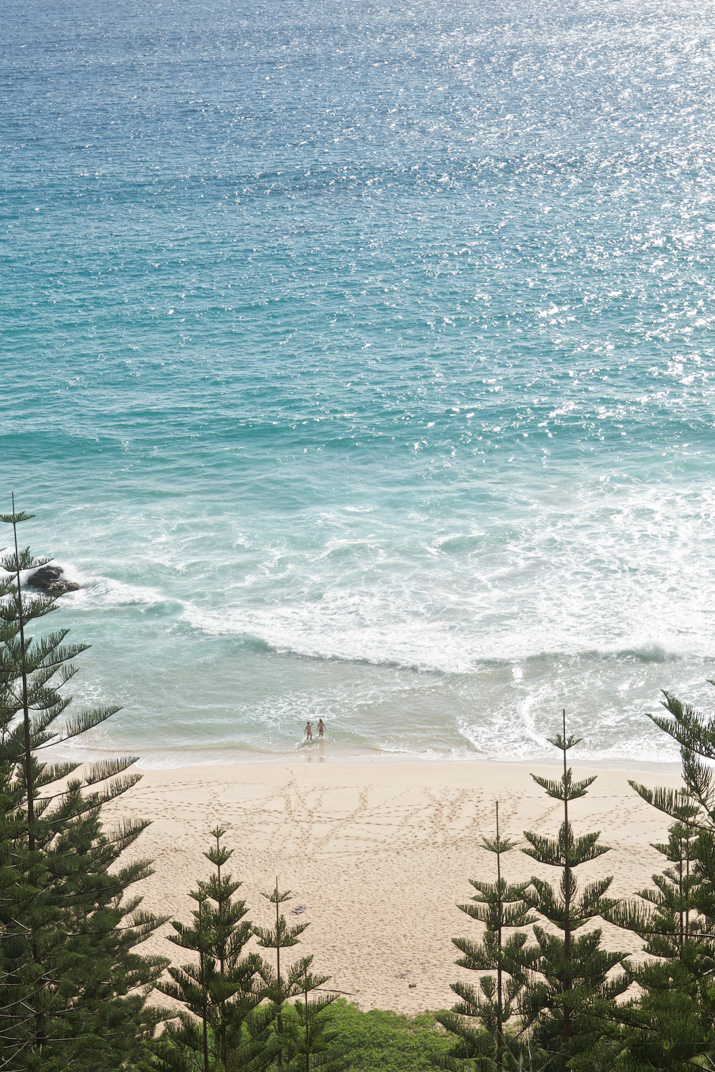 There are two main beaches on the island: the ever peaceful Emily Bay and the more rugged Anson’, both of which are incredible swimming spots. There are snorkelling options in one of the many quiet bays and there are more rock pools than you can poke a pine frond at. 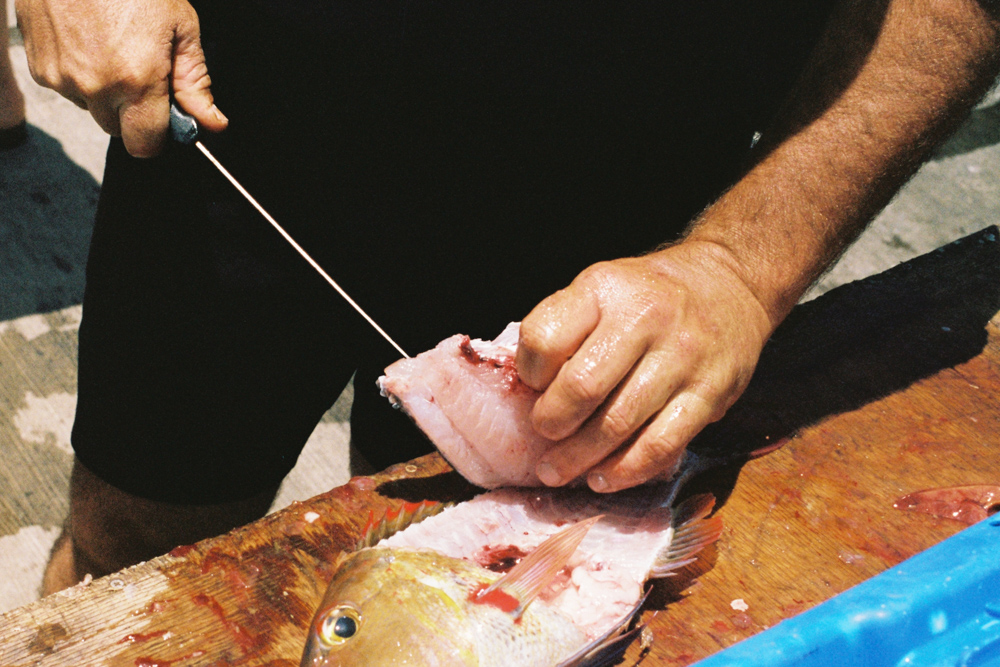 The waves are mainly reefs or points and for the most part uncrowded. Each spot needs a different combination of swell and wind but if it’s blowing onshore on one side of the island, then you know it is offshore on the other. As usual, a smile goes a long way and the locals seem more than happy to share. If you’re into catching and eating big fish, there’s no better place. 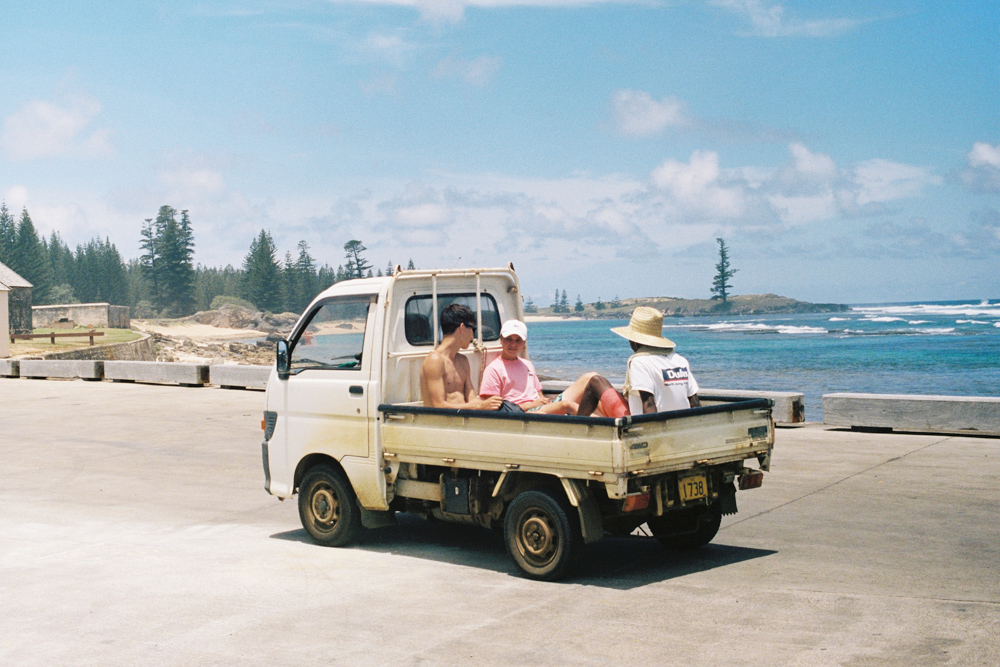 Everyone on the island knows everyone and I am sure every visitor sticks out like a sore thumb. However, if you really want to make it clear you are not a local, ignore the friendly waves that everyone gives you as they drive by. My personal favourite was the two fingers above the wheel, but you can adopt your own style to suit your needs. Many of the lazier members of the community seem to drive with their fingers eternally raised in greeting—an effective practice when you make your way through the centre of town, where it’s possible you might pass as many as 6 to 10 vehicles in quick succession. Whatever approach you take, make sure you wave to everyone. Partly because it’s always worth following local customs, but mostly because it makes you feel good. 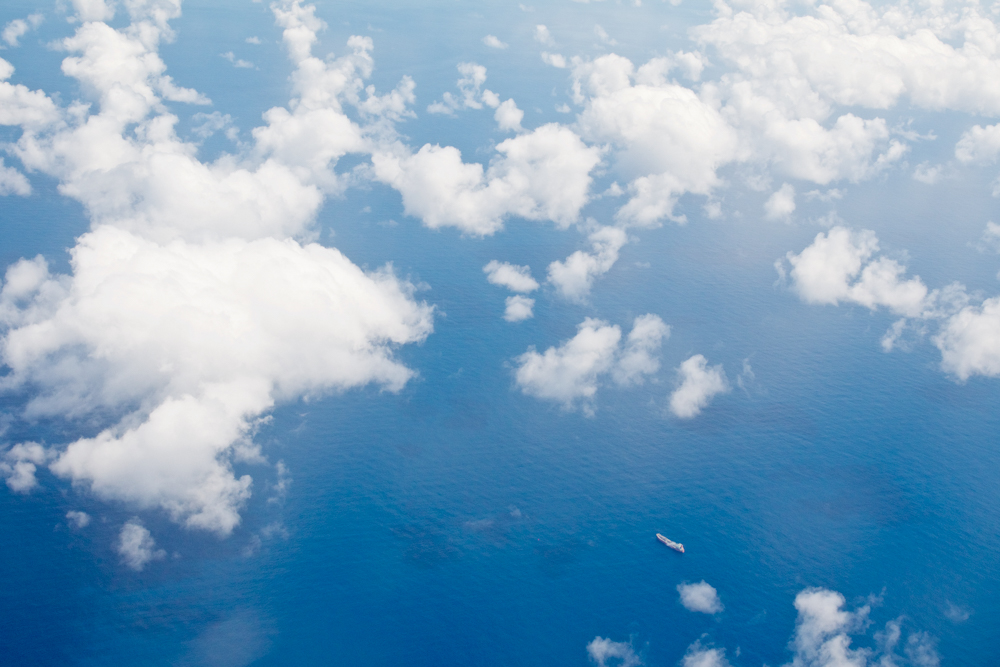