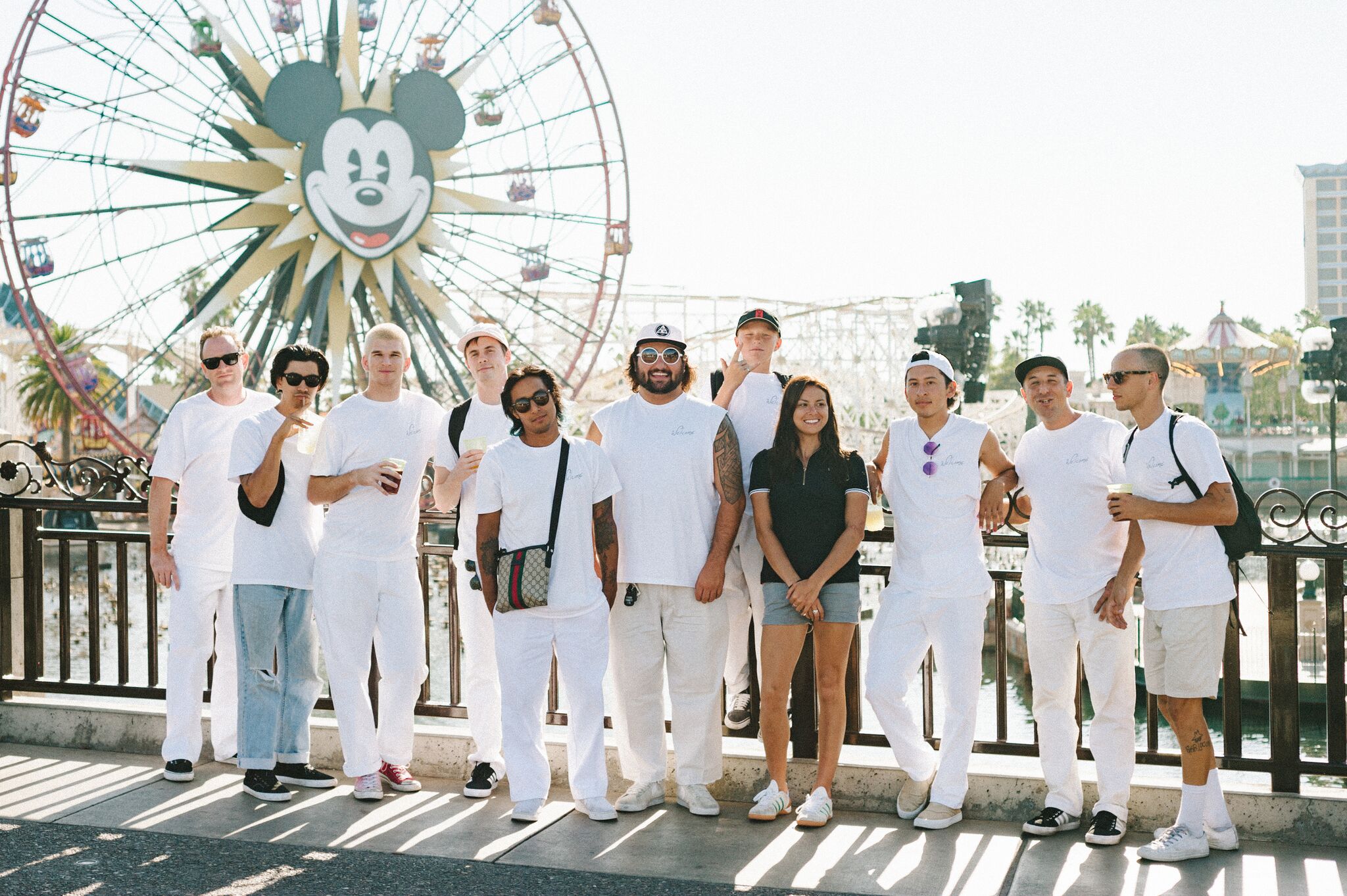 As you may have already heard, Nora Vasconcellos is pro for Welcome Skateboards.

2017 has been a year full of heavy hitters taking the professional plunge and, like many others, the announcement came as a complete surprise. While many companies may release a quickie video to announce their new pro, we wanted to get a bit of an insider look into what it feels like to get the honour. So we hopped on the phone with Nora, still lounging in her pyjamas after her epic celebration at Disneyland, to see what she had to say.

Nora had been working at Welcome for four years before, last summer, she scored adidas as a sponsor and began skating full time. Since then, it’s been a whirlwind of travel and projects, complete with a high-profile King of the Road appearance and a breakneck tour through the contest circuit. When she was invited to go to Disneyland for Welcome employee Shane’s birthday she didn’t think twice about it. “I’d been so busy the past few weeks—I just got back from the Vans Park Series in Huntington Beach—that you could really pull anything on me. I didn’t even consider when Shane’s birthday was,” she told me. And Shane’s birthday it wasn’t. “I showed up at 9 am. They had a fog machine and balloons and everyone was wearing cat masks,” she says of the surprise, where they handed her a brand new Welcome Nora Vasconcellos pro board. “It was ridiculous but perfect.” Then they went to Disneyland, where Nora had never been, and spent 13 hours at the park. She even got over her fear of rollercoasters and rides, which is a crazy fear to have for someone with backside airs like Nora.

It’s clear that her experience at Welcome is more than just a sponsor-rider relationship. I inquired as to how it feels to be pro for a company like Welcome that, just a few years ago, was known mostly for making shaped boards but has now emerged as a true force. “I helped a little bit in making Welcome what it is,” Nora replied, “and I’ve been there for so long that it’s not just my board sponsor. It’s much bigger than that. I probably am one of the most content and thrilled professionals in terms of who I ride for. There are a lot of people who probably aren’t on their dream sponsor,” she laughs. She considers herself extremely lucky to skate for another dream sponsor of hers, adidas, where she’s psyched “just to be in the van with guys like Dennis Busenitz, Jack Fardell, and Jake Donnelley, all these guys I’ve looked up to who I’m skating with now. It’s only built my motivation to go out and skate my best.” adidas is equally psyched to have her; in about a month they’re hosting an art show of Nora’s work as well as releasing a Giovanni Reda documentary about her.

@noravexplora HAS BEEN SUMMONED TO THE PROFESSIONAL REALM!! 🌹🔮🌹

Nora’s main priority, though, is filming. While she wishes she had more parts before turning pro that’s not something she’s dwelling on. Instead, she’s filming a new part for Thrasher with Mike Gilbert, who is responsible for her all-time favorite part: Marisa Dal Santo in Zero’s Strange World. “That part really changed my life,” she tells me. “Everything from the music to the attitude and the feel of it. Just to be working with Gilbert is really cool. With this part, I want to put out the best skateboarding that I can.” That’s not all she wants to do with her pro status. To Nora, skateboarding is not exclusive. She found her love for it as a dorky kid who didn’t make the soccer team and realized that skateboarding never excluded her or made her feel like a bad person. It brought her from Massachusetts to California, where she’s found a dream job and life. She worked hard and earned her pro status with her hard work, awesome style, and make-the-best-of-life outlook. And now? “I think overall I just want to make other people enjoy skateboarding as much as I do.” That could be hard because I haven’t met many people who enjoy skateboarding as much as Nora. 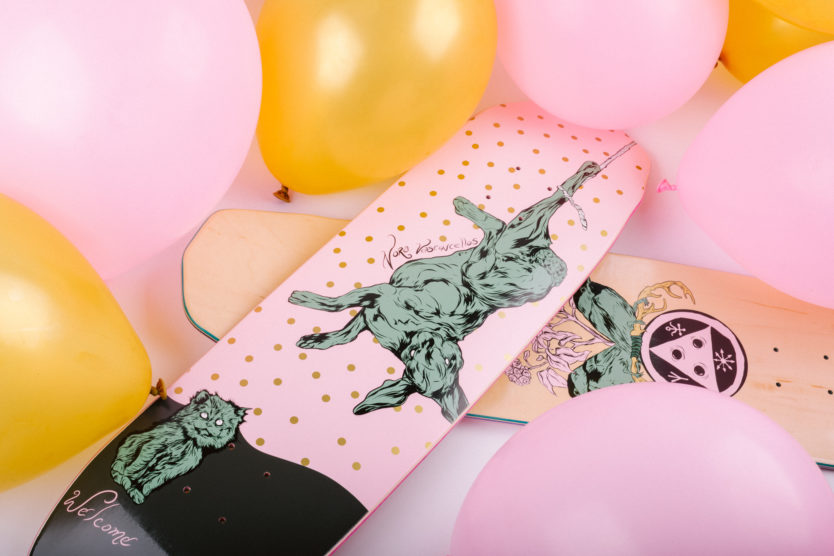 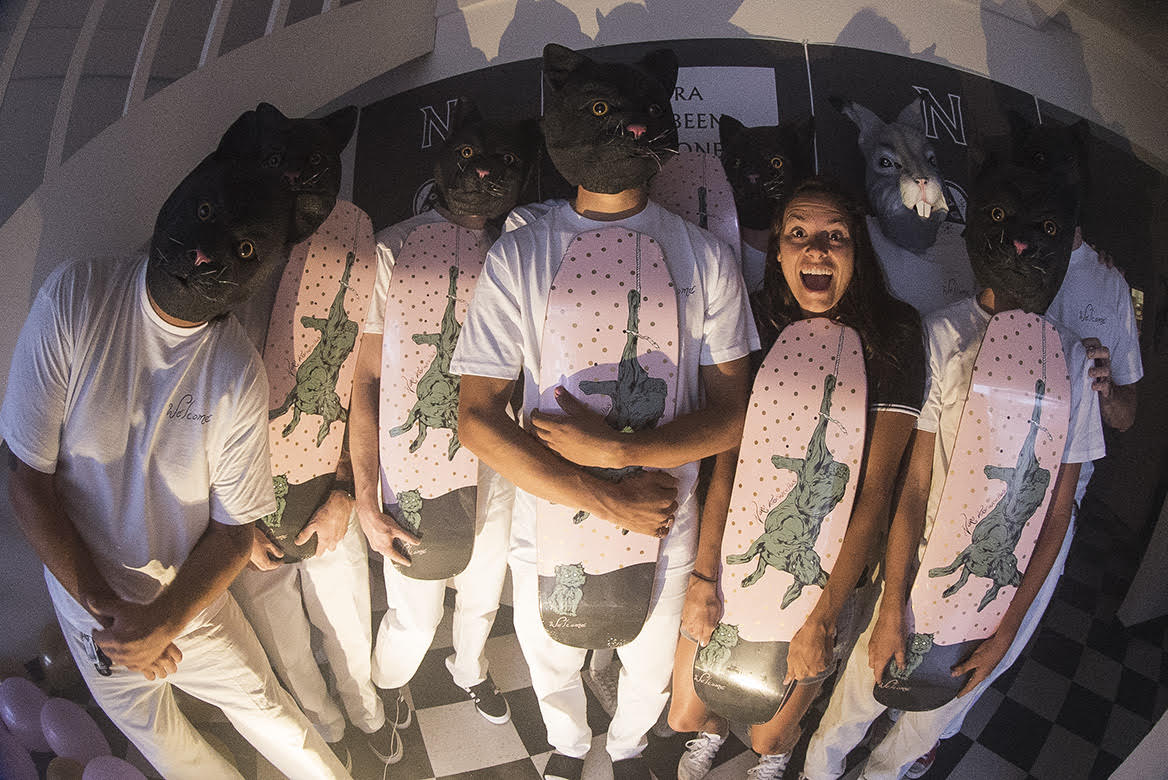 Buy Nora’s pro board at finer shops worldwide and on the Welcome site here.