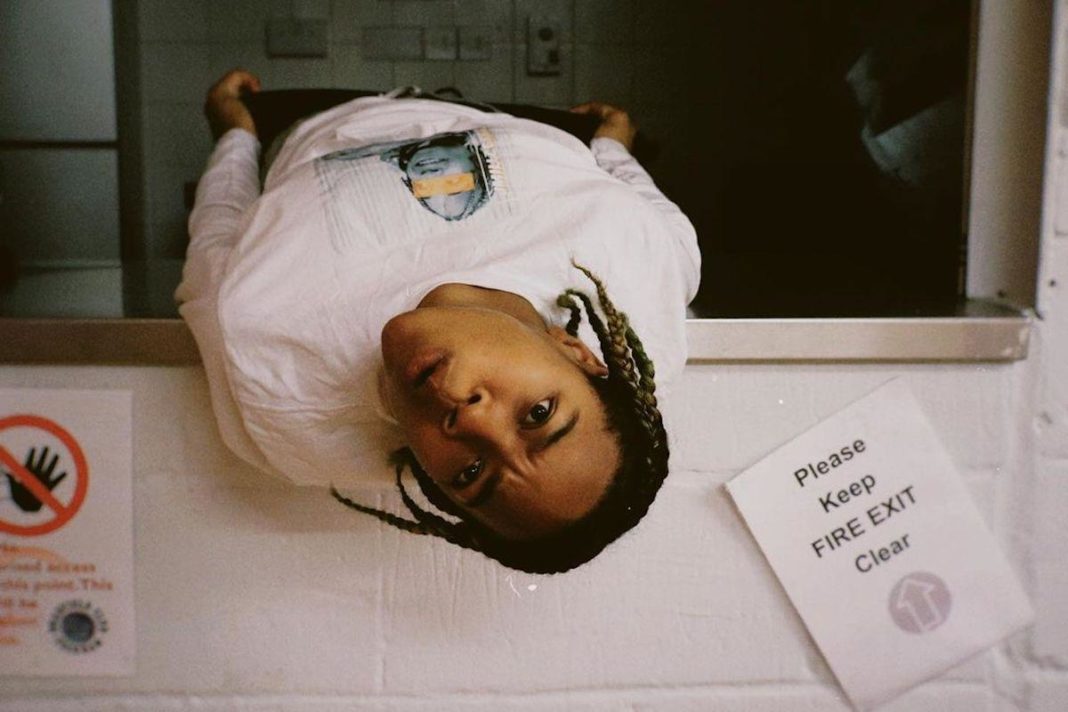 Can we still say that two weeks deep? Yes, because time is an illusion. And also because everyone I know has Omicrab so I haven’t really gotten to say it much in person. Speaking of years, how ‘bout that last one, eh? Not a fan. Wouldn’t live through it again. 1 star. The only thing that kept me going was my NBA league pass. Better investment than a house in Marrickville 10 years ago. Can you tell I haven’t spoken to anyone in person for a while? Wow. Anyway, here’s to hoping this year is as dazzling as these brand new songs, and Ja Morant’s last four games.

New Zealand’s Aldous Harding is one of a handful of artists that never miss. She aims, shoots, and scores every single time. Nothin’ but net. Did I mention I’ve been watching a lot of basketball? Alas! Harding just dropped this new single along with the very welcome news that her new album, Warm Chris, will be out March 25 via 4AD.

There must be something in the water in NZ, but unfortunately no one can get in to investigate. The Covid safe haven is also home to brother and sister duo, BROODS, responsible for this atmospheric analysis of past hurt and anguish. Their new studio album, Space Island, is out Friday, February 18th.

Producer and multi-instrumentalist Ben Marc just dropped this palette cleanser of a song, pairing stirring string arrangements with lo-fi loops to create a hypnotic instrumental number. His debut album, Glass Effect, is due out this spring (or autumn, depending on your hemispheric location).

LA-based singer-songwriter Christian Lee Hutson has slowly but surely been building himself a devoted indie fanbase since his debut solo record dropped in 2013. More recently, he’s collaborated with fellow LA artist Phoebe Bridgers, who co-produced Hutson’s upcoming record, Quitters, alongside Conor Oberst. Shout out to the lyrical reference to my life motto, ‘Never run to catch a bus, there’ll be another one.’ Quitters is due out April 1.

Fontaines D.C – Jackie Down The Line

Releasing three decent albums in just over three years is hard enough, but dropping three excellent ones seems near impossible. Yet Dublin five-piece Fontaines D.C. is set to do just that, the bloody maniacs. This here is the first single from their upcoming record, Skinty Fia, an Irish phrase that translates to English as ‘the damnation of the deer’. Mark Friday, April 22 on your calendars.

Lucius – Next to Normal

If Jungle and the Scissor Sisters had a love child, it’d be named Lucius. The Brooklyn-born, LA-based band founded by songwriters Holly Laessig and Jess Wolfe are set to release their new album, Second Nature, on April 8, featuring this melodic marvel of a song.

What do Sydney band Lime Cordiale and iconic English actor Idris Elba have in common? Up until pressing play on this song, I would have said absolutely nothing. But somehow, somewhere, their world’s collided and they decided to make a mini-album together, and despite the WTF element, it totally works. Holey Moley indeed.

Hailing from Saint Paul, Minnesota, Hippo Campus seem set to become this generation’s Animal Collective. Wild claim, but from the stuff they’ve been putting out lately, I reckon they just might be up to the job. Genre-bending and full of bounce, this new single offers a taste of what’s to come next month with the release of their new album, LP3, on Feb 4.

Today, FKA Twigs solidified her legend status with the release of her mixtape, CAPRISONGS. Featuring a slew of collaborations with artists and friends including The Weeknd, Jorja Smith, and Rema, it’s hard to pick a favourite—but this one comes pretty close.

South London rapper Scuti dropped her debut tape This Is Skoo in 2020, earning the praise of every ear lucky enough to hear it. Now she’s back with this incredible track while also announcing her forthcoming project, the Intoxication EP, out January 21. Happy ears everywhere.

Listen to our New Music playlist here on Spotify.