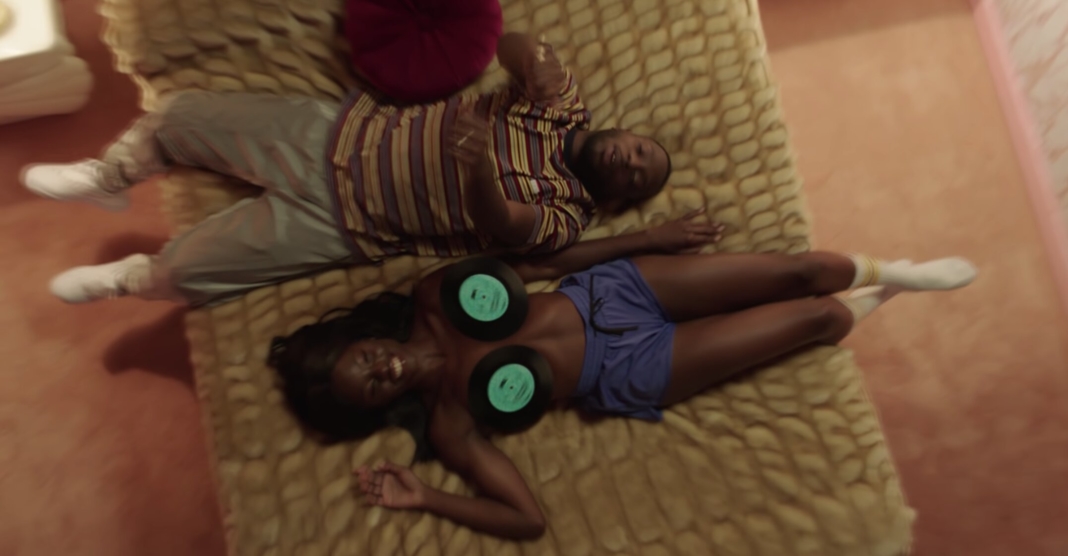 Sick of hearing about lockdowns?

Yeah, same. While most of the world is opening back up again, we’re cooped up over here in Sydney reorganising our kitchen cabinets while Delta paints the town positive. It’s pretty depressing, to be honest. To add insult to injury, not only has it been raining every day, it’s also tax time. What did I do to deserve this? Was I Craig McLachlan in a past life or something? Anyway, in an attempt to lift my spirits, I’ve listened to every single song that’s been released in the last seven days and compiled the best 11 into this new music mega mix post. From my isolated eardrums to yours, salud!

Last Friday, while I was arranging my spice rack in alphabetical order, Tyler Gregory Okonma was releasing his sixth studio album, Call Me If You Get Lost. This track from the new record got me in such a tizzy I almost put the Cumin before the Cinnamon. To accompany the release, Tyler has shared a bunch of visuals directed by Wolf Haley that play more like short films than music videos, and this here is the latest one.

Texas trio Kruangbin just announced their first-ever remixes album, out August 6. Over the past year, the band has invited an impressive roster of musicians to reimagine songs from their 2020 record, Mordechai. Everyone involved has a strong connection to the band—be it musically or personally—including English musician, DJ and record producer Quantic, who’s responsible for this vibey remix of ‘Pelota’.

Canadian rapper Shadrach Kabango, AKA Shad, just dropped his third single of the year, ‘Storm’, featuring artist and activist pHoenix Pagliacci and former Poet Laureate of Toronto, George Elliott Clarke. The song’s as powerful as the trio behind it, and its release coincides with the announcement of Shad’s highly anticipated new album, TAO, out October 1st.

31-year old Tennessee rapper Isaiah Rashad released his debut album, Clivia Demo, in 2014, with a follow-up record two years later. The five years that followed sound tumultuous at best, involving two car accidents, a stint in rehab, and what Isaiah dubs ‘reckless, thrill-seeking shit.’ Fans have been eagerly awaiting his third record, The House Is Burning, which he’s been teasing for the last few years. This is the latest offering from the yet-to-be-released new album, which sounds like it’ll be more than worth the wait.

French producer Darius serves up a healthy dose of nostalgia with this disco-induced single and accompanying music video. We’ve all been that kid, taking a puff and then tripping into outer space while dancing around our poster-plastered bedroom. Ah, the good old days.

Have we all taken New Zealand’s UMO for granted a bit? I feel like we’ve been so spoiled by their prolificacy and consistency over the years that we just expect them to keep producing the goods. Thankfully they seem up for the task, because not only are they back with this gem of a new single, they’ve released seven other projects and collabs since their last album, 2018’s Sex & Food.

Terry Presume – None of This Alone

Ever heard anything like this? Me either. Nashville-based singer, songwriter, producer and rapper Terry Presume genre hops his way around this song like a mad rabbit with nothing to lose. The accompanying music video shot in Chinatown in Los Angeles gives us another window into his unique view of the world, and I’m psyched to have discovered him just before his new EP, ‘What Box?’, drops July 29.

Faye Webster – A Dream With a Baseball Player

On the fifth and final single off her newly released record, I Know I’m Funny haha, Faye Webster relives her teenage infatuation with Atlanta Braves MLB player, Ronald Acuña Jr. Apparently, Webster actually got to meet her crush years later when she was invited to sing at a Braves game in 2019. Shame she hadn’t recorded ‘A Dream With a Baseball Player’ yet, cause she really woulda hit it outta the park with this one. *Bows*

According to the press release, Jack Ladder & The Dreamlanders sixth studio album, Hijack! was ‘born out of bushfires, break downs and a long term hospital stay’, which sounds pretty hectic to say the least. ‘Astronaut’ is the first single off the upcoming album, with Ladder’s signature haunting vocals backed by a theatrical symphony of strings. Enthralled? Hijack! drops September 10.

Born in Florida, raised by Ecuadorian immigrants and based in Brooklyn, Helado Negro’s music mirrors his background. On October 22, he’ll drop his seventh full-length record, Far In, following Pitchfork’s #7 best album of 2019, This Is How You Smile. According to atrology.com, when Gemini and Leo come together in a love affair, their relationship is playful and high-spirited, characterised by light activity and optimism. Sounds like Helado Negro really nailed the brief.

Busy P, AKA Pedro Winter, AKA boss of Ed Banger Records, has just released this summer dancefloor anthem in celebration of Europe finally emerging from their Covid Cocoon now that most of the population is vaccinated and thriving. Must be nice, eh? CC: Scott Morrison.

Listen to our New Music playlist on Spotify here.