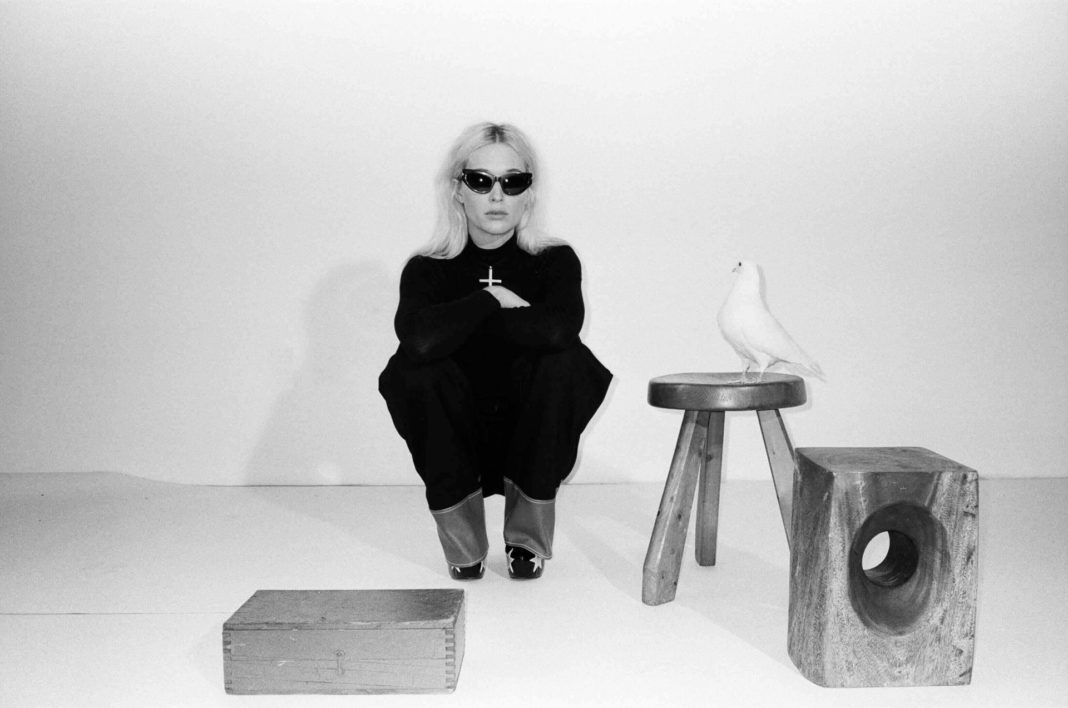 A lot of music news this week.

Taylor Swift rehashed a decade-old scarf saga with Jake Gyllenhaal, Adele facilitated an unbeatable marriage proposal, and Kendrick Lamar unlocked a new level of cool at Day N Vegas, reminding us all that he is the only person that can save us from the savagery of this year. Please drop the new album, K-Dot. The world needs you more than ever.

Until then, may our pilot lights be kept alight by these new songs that sound nothing like Kendrick Lamar, but are worthy of praise just the same.

The wait for Nilüfer Yanya’s second album is almost over—this week, the London artist announced that the follow up to 2019’s Miss Universe, titled PAINLESS, will drop March 4. To celebrate, she released the album’s lead single, an upbeat ditty about how ‘a lot of the city is just grey and concrete, there’s no escape.’ As a fellow city cynic, I fully support this message.

Dolly Parton and Stevie Nicks walk into a church. I don’t have the rest of the joke sorted yet, but the punchline is Natalie Bergman. The LA-based gospel glamour released her debut record, Mercy, just six months ago and already she’s back with new music in the form of an EP. Hallelujah!

Minneapolis-based band Night Moves have announced they’ll be releasing a series of new singles incrementally over the next year, and this here is the first. Singer John Pelant says he loves the soft flute in the track because it makes him ‘think of Canned Heat meets Motown meets The Spinners on acid’, which sounds like a pretty ideal collab to me.

Okay here’s another one—Future Islands and The National go for drinks. Again, still workshopping the rest of the joke, but you get where I’m going with this. The London-based band just dropped ‘Fade’, the third single from their forthcoming album, Shoals, due out January 21st.

Mitski – The Only Heartbreaker

NYC singer songwriter Mitski has garnered a pretty devoted fanbase over her near decade-long career since the release of her debut album, Lush. Kinda like indie Swifties, if you will. And for the second single off her upcoming sixth album, Laurel Hell, she’s decided to let us all know that the only person stealing anyone’s red scarf will be her, thank you very much.

Deau Eyes is the musical moniker of Richmond artist Ali Thibodeau. In May 2020, she dropped her incredible debut, Let It Leave, and then everyone got locked in their houses for two million years. Ali obviously used that time wisely, though, as this song is the first taste of her follow up record, due in the summer of 2022.

Showers aren’t for washing, they are for inventing fake confrontations with people who’ve wronged you. Sometimes it’s hard to get the words just right, but Danish artist eee gee has delivered us the perfect dialogue in the shape of a song. ‘Bad Person is an anthem for all the ones that have experienced getting manipulated, gaslighted or stepped on’, she says.

Some songs are just really pretty, and this is one of them. Byron-based singer-songwriter Mvlholland has captured the heartache of a doomed relationship and delivered it with a delicacy few can accomplish. Brb, weeping.

Texas band Why Bonnie may have forgotten the question mark at the end of their name, but they’ve remembered how to make a cracking dream pop track. According to songwriter/vocalist Blair Howerton, the song is ‘an ode to Galveston, Texas—the capital of ghosts and good memories.’

From the ashes of south London trio Little Cub rises DC Gore. Remodelling and reimagining the band’s electronic synth-pop, this is the debut single from the solo venture, and a strong indication that going it alone was definitely the right decision.

IDLES – When the Lights Come On

Britain’s best band are back in fine form, releasing their fourth record, Crawler, this week. While this track isn’t an official single from the album (at least that I know of), it still fits the criteria of this post: new, good and helping me keep the pilot light on.

Listen to our New Music playlist here on Spotify.