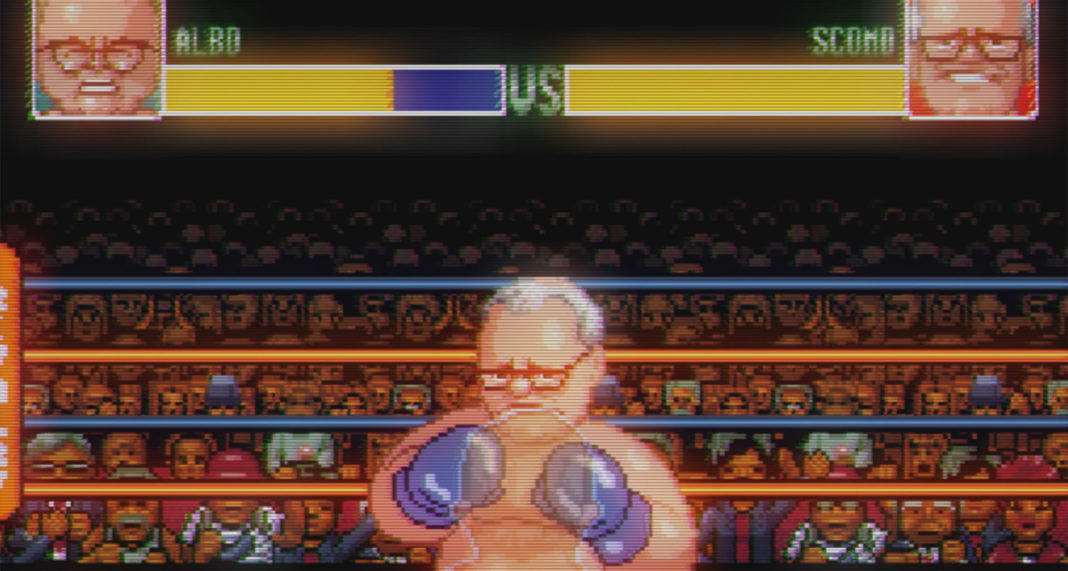 Ever fantasised about giving a certain pollie a good ol’ left-right?

Now you can, thanks to PM Fighter, an eight-bit arcade-inspired boxing game that you can play online right here, all the way up until Election Day. Designed by Rivalry, an E-sports betting brand, the new game lets you vote with your fists, choosing your fighter as either Anthony ‘Labor Pains’ Albanese or Scott ‘Hands of God’ Morrison. Amazing. 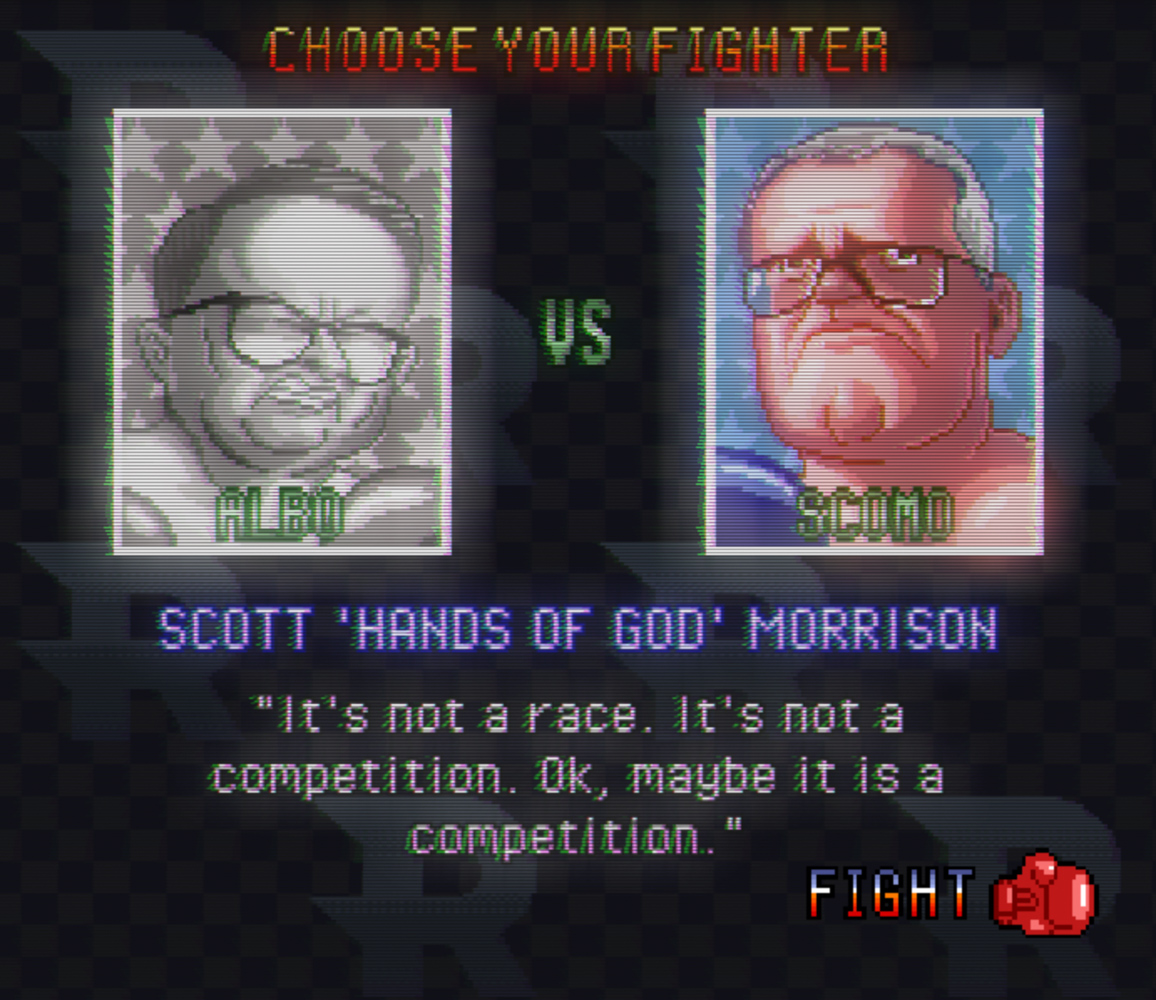 And because this is boxing, after all, there’s shit-talking attached to the match. Albo wants you to know that, ‘The Right Honourable Gentleman is going to feel the full force of my election package,’ whereas ScoMo declares, ‘It’s not a race. It’s not a competition. Ok, maybe it is a competition.’ 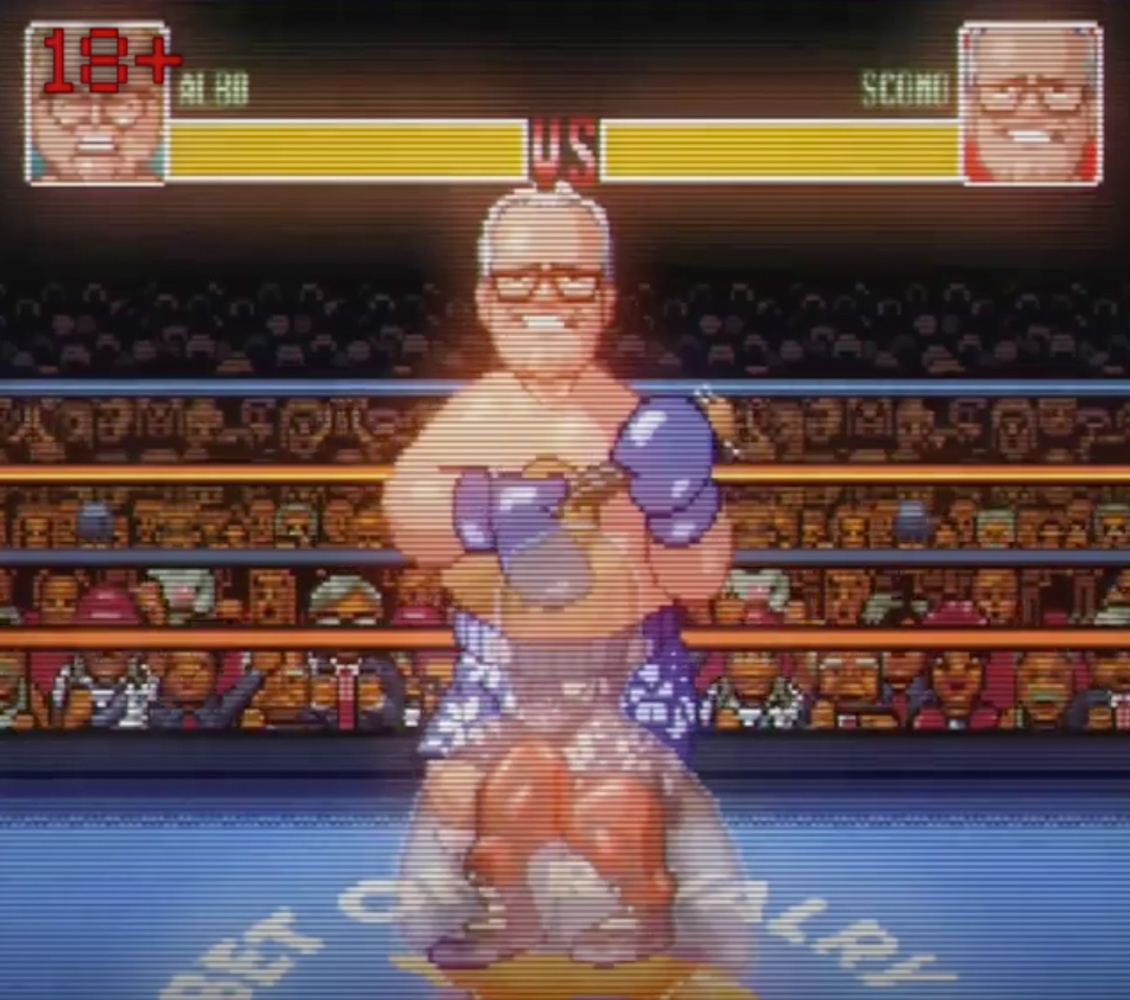 Short of defeating the Cortex in Crash Bandicoot, I’ve never gotten this much satisfaction from a video game. I suggest you go watch a video of ScoMo forcibly shaking the hand of an exhausted firefighter in Cobargo, or joyfully holding a piece of coal aloft in parliament, and then choose your fighter. Fair warning: Scott ‘Hands of God’ Morrison has a ukulele, and he’s not afraid to use it.