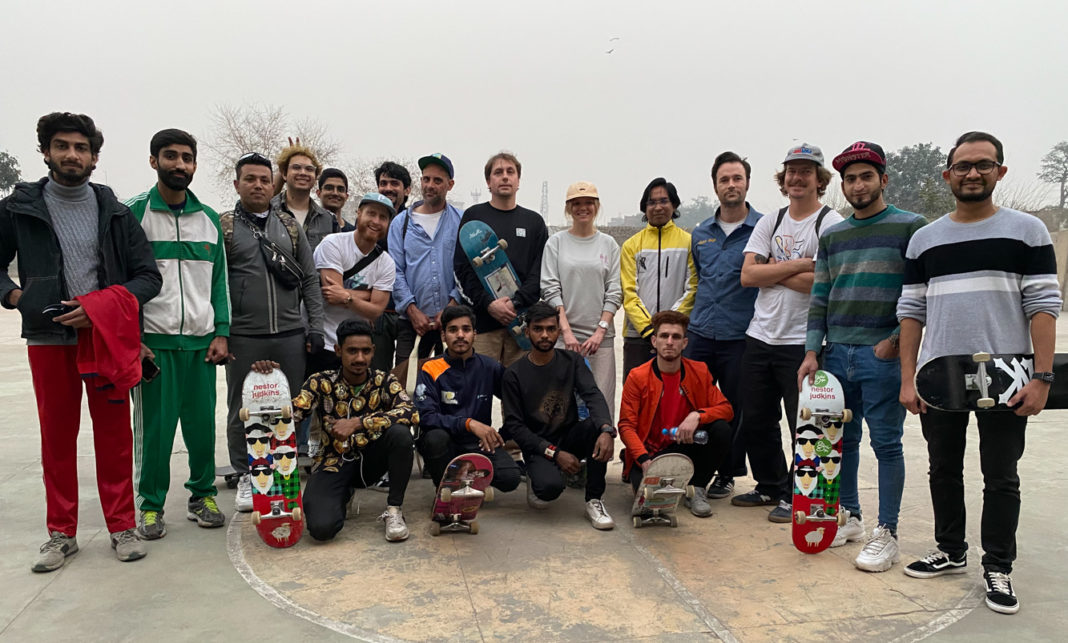 Salad Days of Skateboarding, a non-profit international organisation founded by Nestor Judkins in 2020, seeks to spread the positive impacts of our favorite board-based activity to developing and underserved communities throughout the world.

Through mentorship, providing skateboarding equipment, and partnering with local scene leaders, Salad Days ‘promotes skateboarding as a vehicle to create community, breaks down barriers of economic inequality, racial and gender division, and provides a joyful respite from the pressure and difficulties of daily life through self-expression’.

The work that Salad Days of Skateboarding is doing—providing equal access to skaters across the globe—is vitally important and long overdue. Beyond the central hubs of the West, basic gear like decks, wheels, and bearings are either completely inaccessible or wildly expensive (we don’t mean ‘$70 ceramics’ expensive, we mean ‘$200 deck that takes six months to arrive’ expensive), leaving the skaters who need the gear hung out to dry. 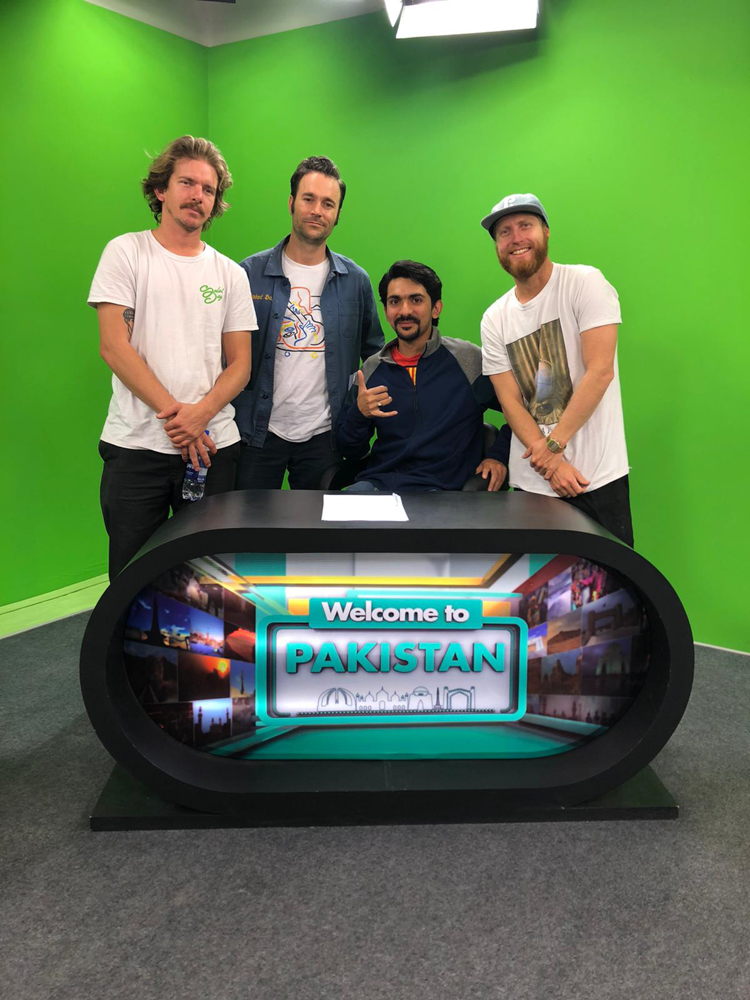 Salad Days combats these immediate issues by directing resources into the hands of the skaters who need them the most, and addresses the underlying issue of inaccessibility by providing continued support to local community leaders. This helps to build a more self-sustaining scene in the long term, whether that be by helping to set up skate camps, supporting the ambition of opening a local shop, or by providing DIY board presses for small-scale deck manufacturing.

Through Salad Days’ initiatives, culturally rich and worthwhile nations like Cuba, Ukraine, Thailand, and India will stop being considered ‘destinations’ by skateboarding corporations and media outlets, and start being recognized as participants. We called Nestor Judkins while on a trip to Pakistan for a late-night conversation about how exactly Salad Days is changing the world for the better.

How exactly are you changing the world for the better?
I’m gonna use ‘we’ because I’m not alone in this. We are trying to spread access to something that is fun, relatively cheap, and has huge positive personal and social potential through skateboarding.

Where are you right now?
I’m in Pakistan. I’ve been here for a little over a week.

How’s that going? What’re you up to there? What’s the mission?
It’s good! I’ve been planning this trip for a while, talking to the local skaters here for about a year figuring it out. We’ve been sending out boards to three cities across the country after I became aware of the scene here and the lack of access. Skating is brand new here, and there are skaters, but there is nothing as far as resources aside from maybe a toy board. On this trip, we brought out something like 30 completes along to try to get them set for a while. 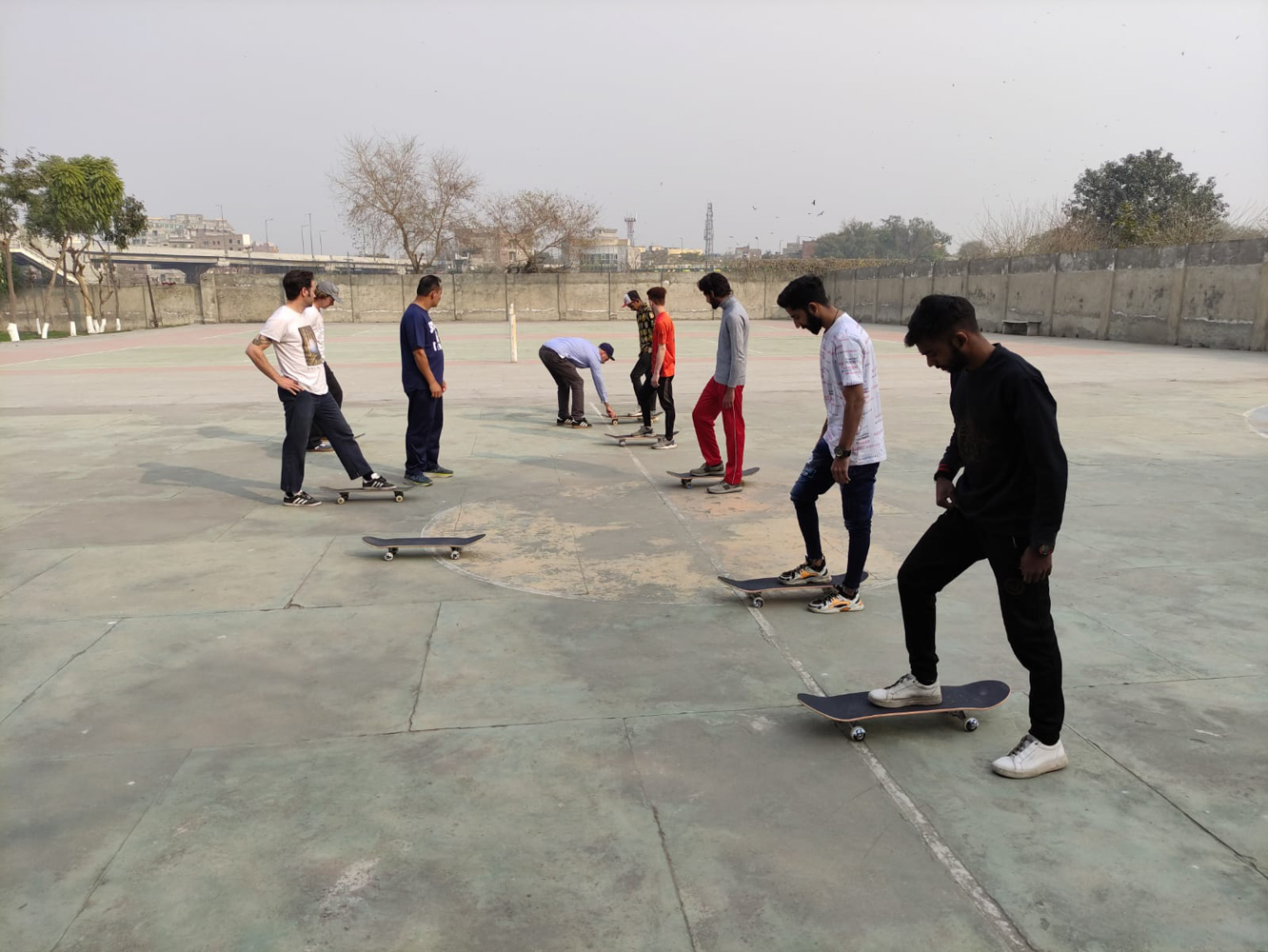 What’s the scene like?
It’s really small. There are probably 50 skaters in the whole city, but they are really stoked on it and have been doing it for a couple of years. Somewhere along the line, we got in touch with other people, like Leo from Wonders Around the World who is trying to get a skatepark built out here, so we’ve been working toward that pretty hard. The world is so big and there’s some kind of skate scene in almost every part of the world, and most countries have their own organizations getting things done, but Pakistan didn’t seem to have anything like that—they weren’t receiving any support. 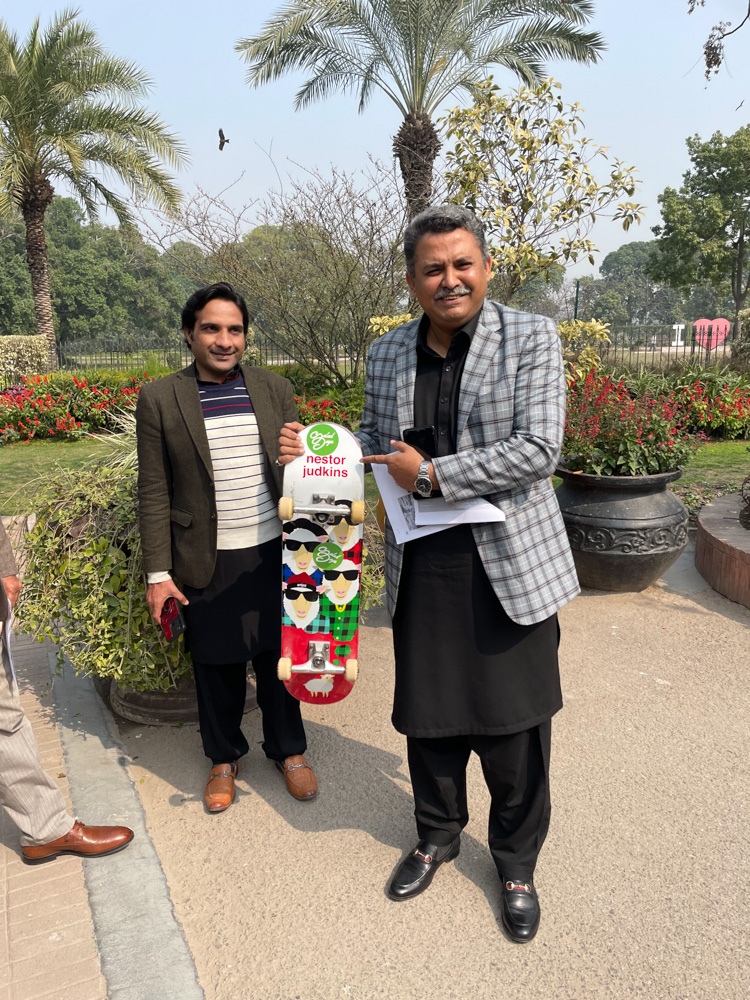 I saw that you built a quarter, was that in line with park building?
Not necessarily, we just built that because the infrastructure here doesn’t really permit for much street skating. The roads have insane traffic and there’s barely any smooth ground, you’ve got to compete to find any little place to skate. So we built a quarter pipe here so they can have some transition to skate. We’ve had a few meetings with government officials to have a skatepark get built and it’s looking pretty good. 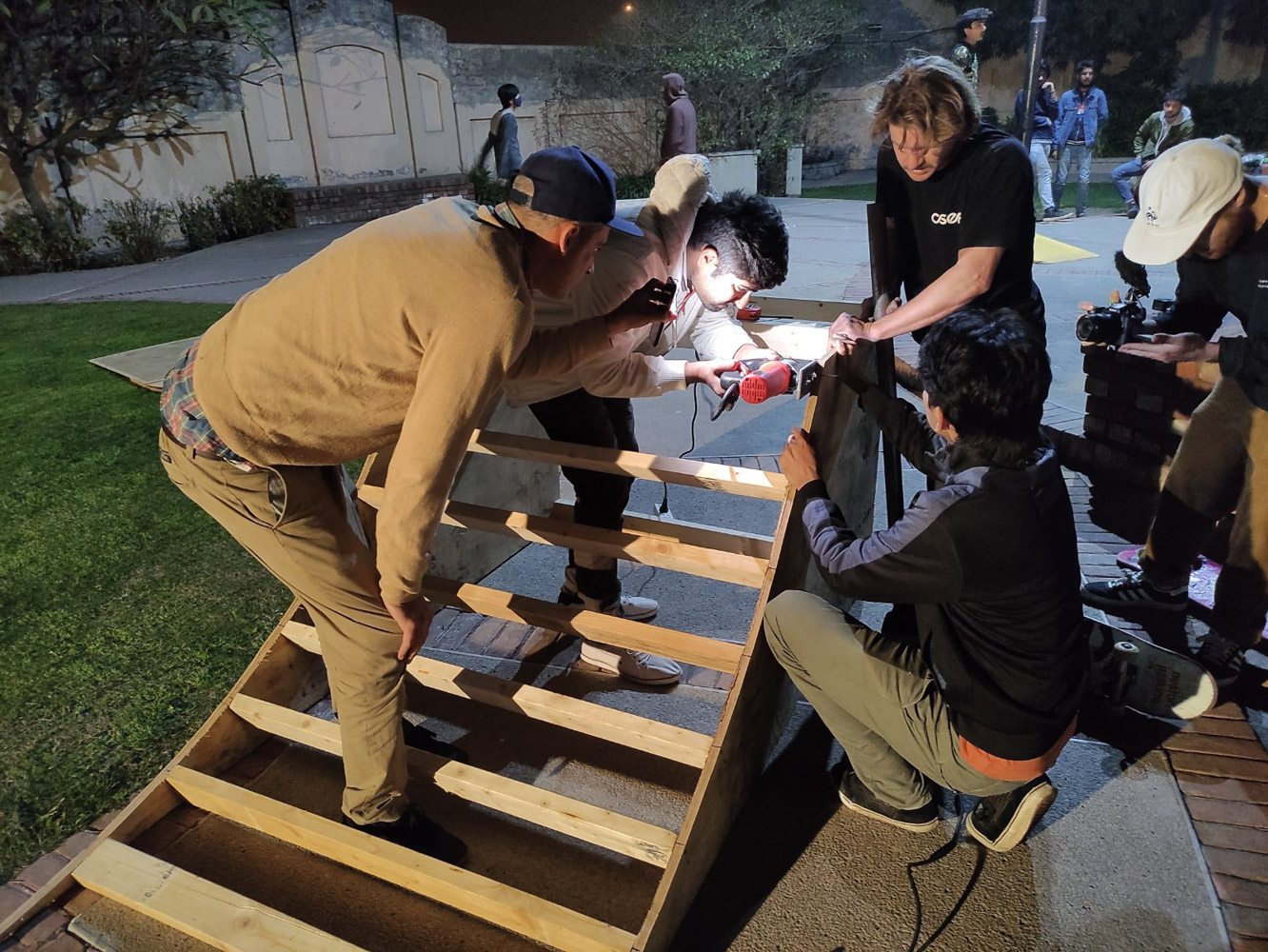 Who else is involved in Salad?
I founded it just to see where it would go and shortly after my friend Keegan Guizard (who also does the College Skateboarding Educational Foundation) came on as a board member because he was guiding me through the administrative logistics of actually founding a non-profit. And Kenny Reed, who also runs the skate camp in Palestine, came on as a board member.

A post shared by Salad Days Of Skateboarding (@saladdaysofskateboarding)

Where else is Salad Days focused?
Pakistan is the biggest project we have in terms of building out a scene and infrastructure from the ground up, but there are a lot of other projects we are working on that are at different levels. We are working on a skate camp in Bhutan because they have a pretty good concrete skatepark there already. Personally, before Salad Days, I used to go to Cuba and meet up with Cuba Skate, so I’d like to try to keep helping them out. A couple of summers before Salad Days, I was going to help at skate camp with Skate Palestine, so Salad Days is helping there, too. 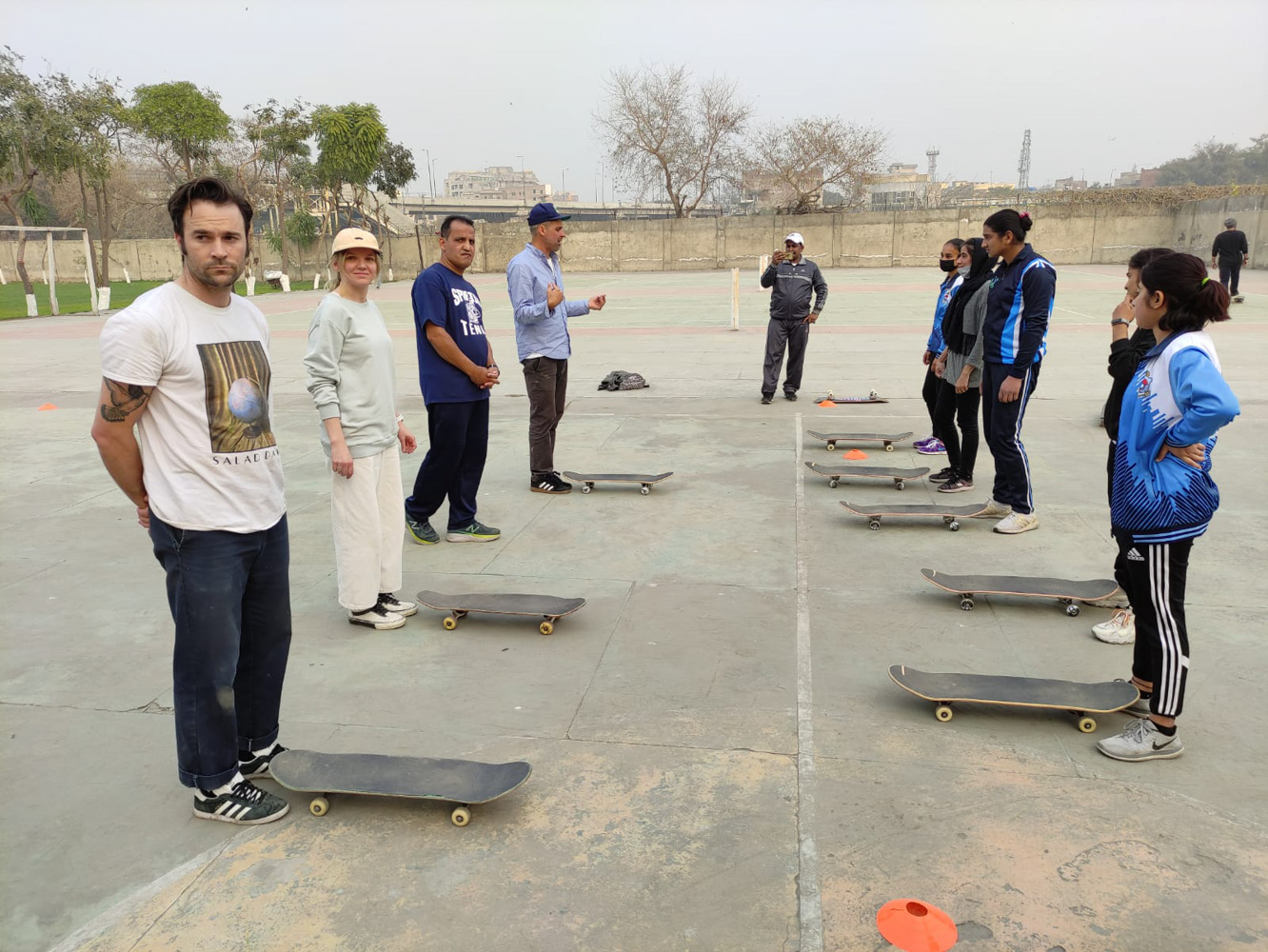 What’s the thing that you think Salad does most? The primary goal is to help build and maintain local scenes, and I’m curious about what the primary strategy for that has been?
For me, our primary goal is to be able to give in-person, continued support. We’ve been shipping a lot of boards instead of actually going because the pandemic has made international travel impossible, but doing outreach trips like this where we can offer kind of like a starter package; donated boards and equipment brought over in checked bags, we hand them off to a local community leader who we have built a relationship with over a period of time and who we trust to be a good leader of the scene, who will make sure boards go to the right people, and who will create a scene that is inclusive and equitable.

So yeah, we build a relationship with the locals, we come and give them that first big product boost, we teach them how to run mini skate camp type programs where they can introduce skating to new people, and we will include a DIY skateboard mold so that they will be able to make their own boards so that they aren’t completely dependent on us sending them boards. 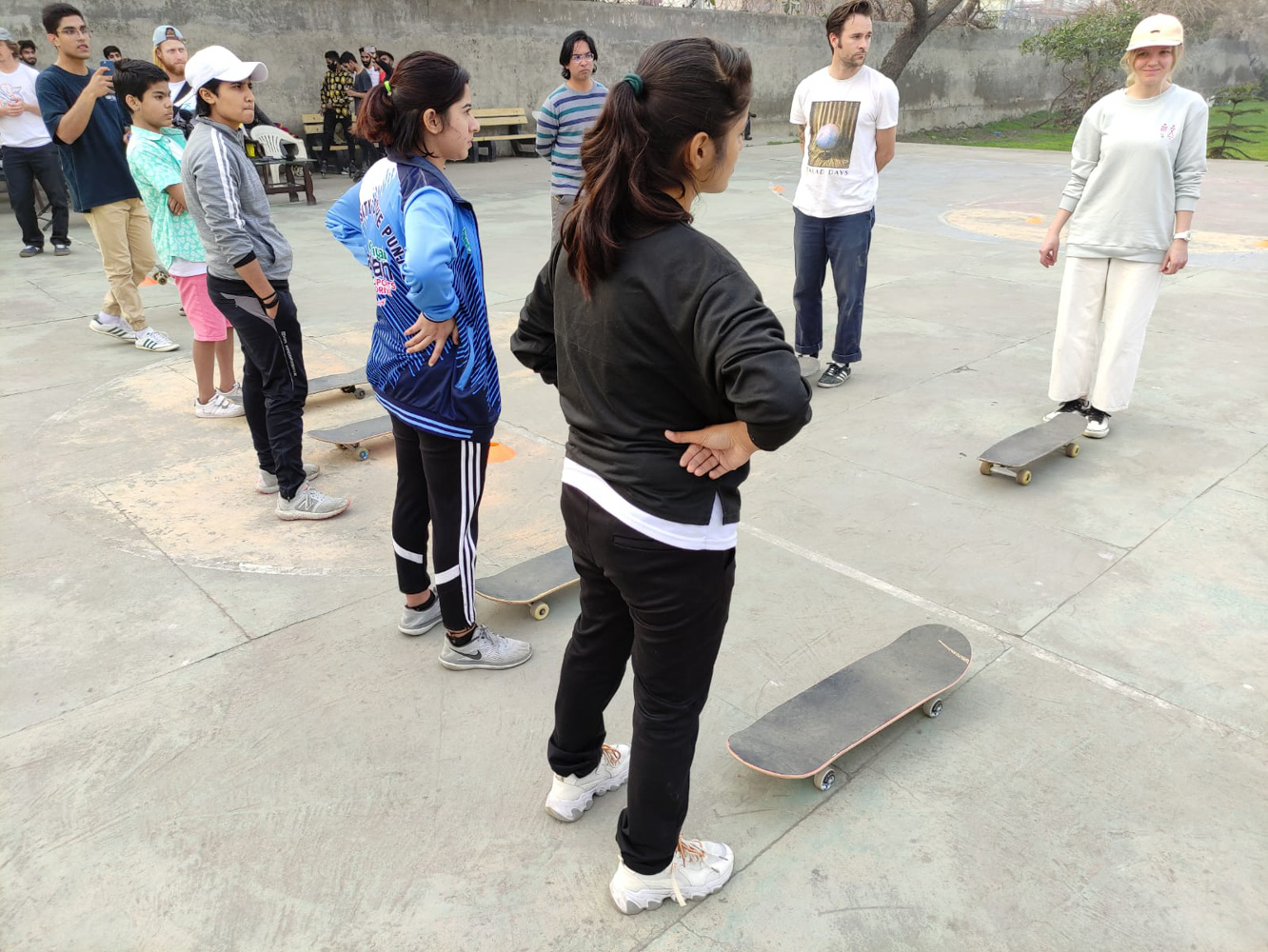 Yeah! That’s something I picked up from Miles at Cuba Skate. You can keep mailing boards to maintain these scenes, but for them to have the capability—even in this limited amount at the beginning—gives them some independence and agency. It’s also not a one-time thing, it’s vital to offer continued support. It’s important to stay in contact, take trips out there to show support… if we can’t take trips out there for whatever reason, we can fundraise and ship boards out there to support. The goal is to help them build up their own thing, develop their own organization so that they can expand and seek their own support and build connections, and that’s a lot of time.

How does skateboarding reach these places? How did it make it to Pakistan, for example?

Here, it was completely random. Pure luck. If boards aren’t available in a place, it always comes from a foreigner moving there, or someone travelling abroad and bringing boards back. Our main contact here is from Pakistan, but he lived in the UAE when he was a teenager, and that’s where he got into skating. There are skate parks and shops in the UAE, so he brought it back to Pakistan.

What’s your elevator pitch for why this is a worthwhile mission?

Ah, man. Still gotta work on the elevator pitch. I would definitely point out that skateboarding has a huge positive potential. The cost of participating is relatively cheap, all you need is that initial skateboard and a piece of ground. I highlight that it broadens people’s perspectives, and creates a community that transcends gender, borders, socioeconomic levels. There are no teams—if you have a skateboard, you are able to connect immediately with other people who share that interest. It’s healthy physically but also mentally as a form of expression. 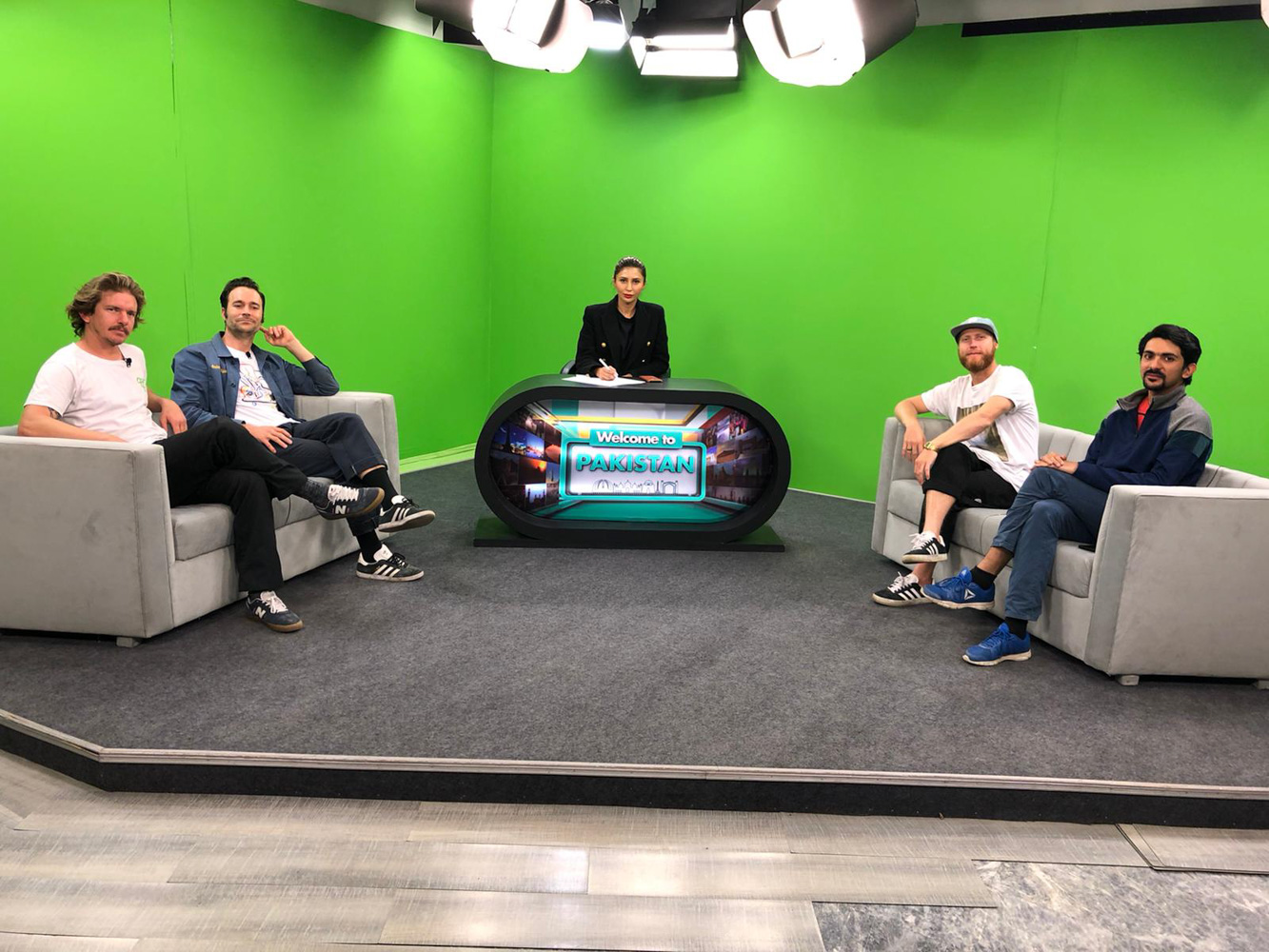 What positive impact have you witnessed from the sort of work that you’re doing?

This trip has been really impactful to me because we are getting to see the fruits of the last year. We’ve been able to meet with these people and spend time with them; connect with our skater friends in Pakistan and see how much skateboarding transcends cultures as this very unifying power. Looking at my privileged life of getting free skateboards for the last 20 years, seeing how simple it is to give part of that away—it’s so easy for me to do that and so beneficial for them, how could I not be doing this?

The name Salad Days comes from the experience of having these carefree moments, and the work we are doing often takes place in regions where a lot of these kids don’t have the space or opportunity to have those moments. For example, having a skate camp in Palestine, they carved out this specific space for these kids to just play, which they often don’t have as much opportunity to do in their everyday lives. 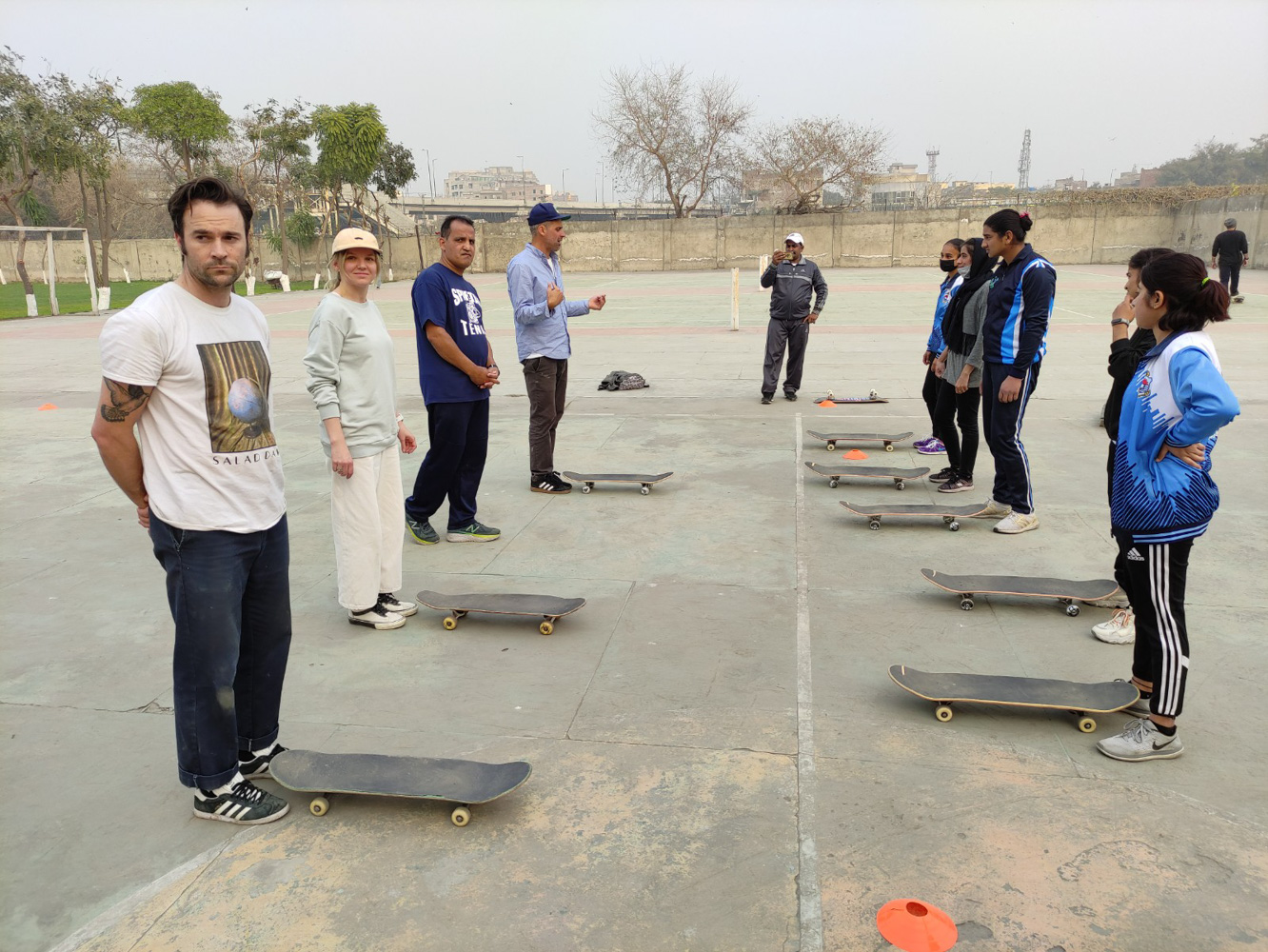 What is Salad Days of Skateboarding’s biggest goal and how can a reader help you in doing that?

Our biggest project right now is to get this skatepark built in Lahore. If a reader wants to donate directly to that, that’d be extremely helpful because the government has already donated the land, all we need is the funds. Once we get a park built, there is a precedent for more being built, and the scene can take off. Or if you can’t contribute money, you could donate boards or equipment. Try to be involved in any way.