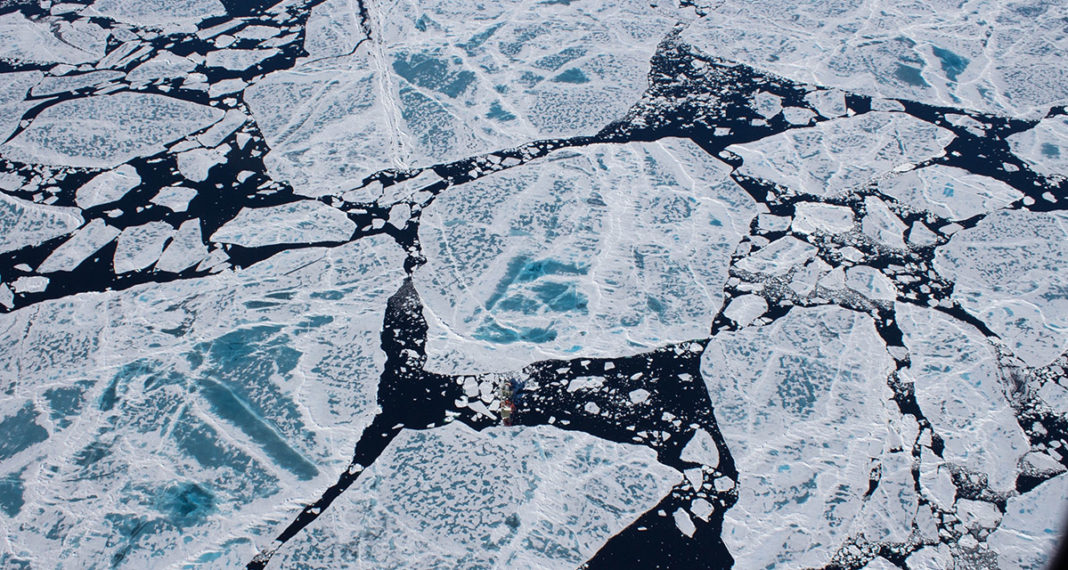 For the first time, neoplastic pollution has been detected in both the north and south polar regions. An analysis of icecap from Greenland has shown that nanoplastics from 50 years ago are now present within the cores of the icecaps.

We already know that microplastics are terrible for the planet and for humans, with people inadvertently eating and breathing in plastics. What we don’t know is just how bad nanoplastics are, which are smaller and more toxic than microplastics because they’re more toxicologically active. Microplastics have been found in the Arctic before (as well as on top of Mount Everest and in the deepest parts of the ocean) but what’s most shocking about this new development is that these nanoplastics were located in the core of the icecaps. These cores are at least 14 metres deep and represent over 55 years of snowfall, meaning the plastics have been there for decades. How did they get there? A combination of plastic circulation via emissions from both land and sea surface, atmospheric and marine circulation—aka humans being shit.

An analysis of the cores found that half of the nano plastics were made from polyethylene (PE), the stuff used in single-use plastics and packaging. A quarter was from the tire particles from cars, and a fifth was PET, the plastic used for making drink bottles and clothing. In the Antarctic, half of the plastic found were also PE plastic. No tire particles were found, which comes down to Antarctica being so far away from densely populated areas that use cars. This highlights a pretty concerning problem: wherever there are a lot of people, there are a lot of micro and nano plastics. In an investigation back in 2021, scientist Dr Fay Couceiro proved this to be true when she analysed the air quality of a standard family home in the UK. It was found the family were each breathing in between 2,000–7,000 microplastics per day. That is some really scary shit.