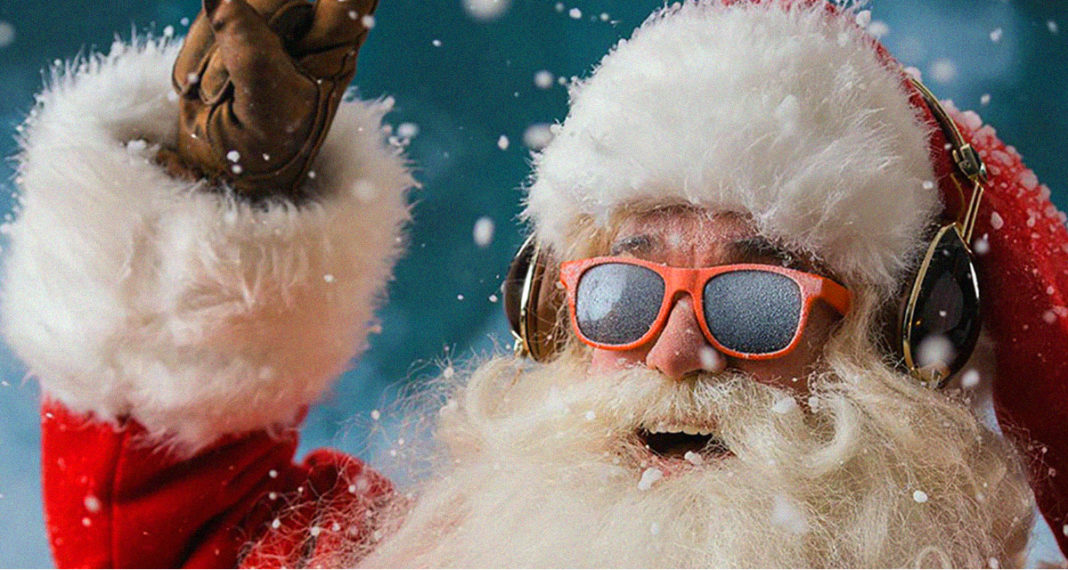 Music be the food of love, wrote William Shakespeare in one of his things, and what better way to say ‘I love you’ than with the gift of music?

Nay, there be no better way, homeboy, and that’s why we scoured the internet for the best and most reasonably priced musical gifts for that special someone in your life who doesn’t suffer from crippling phonophobia (fear of music and loud sounds). Let’s get into it.

When I was growing up, there was little to no chance of getting an electric guitar for Christmas unless your dad owned a chain of petrol stations or was going through a divorce. These days, though, they make pretty cheap entry-level electric guitars, and this beautiful Bullet® Telecaster® is the best example I could find. For $329.00 you get a thin and lightweight body, an easy-to-play ‘C’-shaped neck profile, dual single-coil pickups with three-way switching for sonic variety, and a 6-saddle hardtail bridge for individual string adjustment. And if the person you buy it for doesn’t take to guitar like a fish to water, they can just put it on a little stand in the corner and create the impression that they are someone who can play the guitar.

You know when you’ve got everyone over at your house for a party and everything is great and everyone’s having a good time, and there’s a bucket bong in the laundry, and the bathtub is full of beer, and Wendy is dancing with her top off, but then the music is interrupted by an ad for penis enlargement pills? Me neither, but apparently that’s something that happens to people who don’t have a Spotify Premium subscription. This is a good gift, and it’s the gift that keeps on giving until the subscription runs out and the willy pills come back. 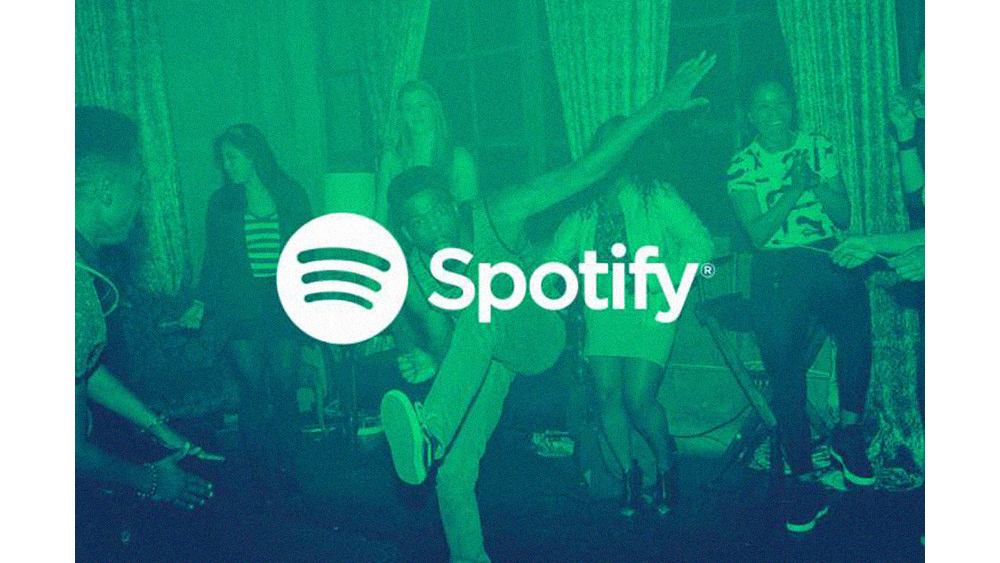 1971’s Hunky Dory was the beginning of Bowie being Bowie. The Space Oddity album (David Bowie) from 1969 put him on the map, but it was Hunky Dory that saw him really come into his own. This is the album that brought you ‘Changes’, ‘Life On Mars’ and ‘Oh! You Pretty Things’, and it’s the record that heralded the coming of Bowie’s greatest magikal feat with a ‘k’: Ziggy Stardust. Hunky Dory is hugely important, not to mention brilliant from start to finish. And now there’s a box set featuring 48 previously unreleased tracks and demos, a 100-page hardback book featuring exclusive memorabilia and photos, and a 60-page replica composite of Bowie’s notebooks, featuring handwritten lyrics, costume drawings, recording notes, and set lists. There must be someone you know and love that wants this (spoiler: it’s me, and I love you too). 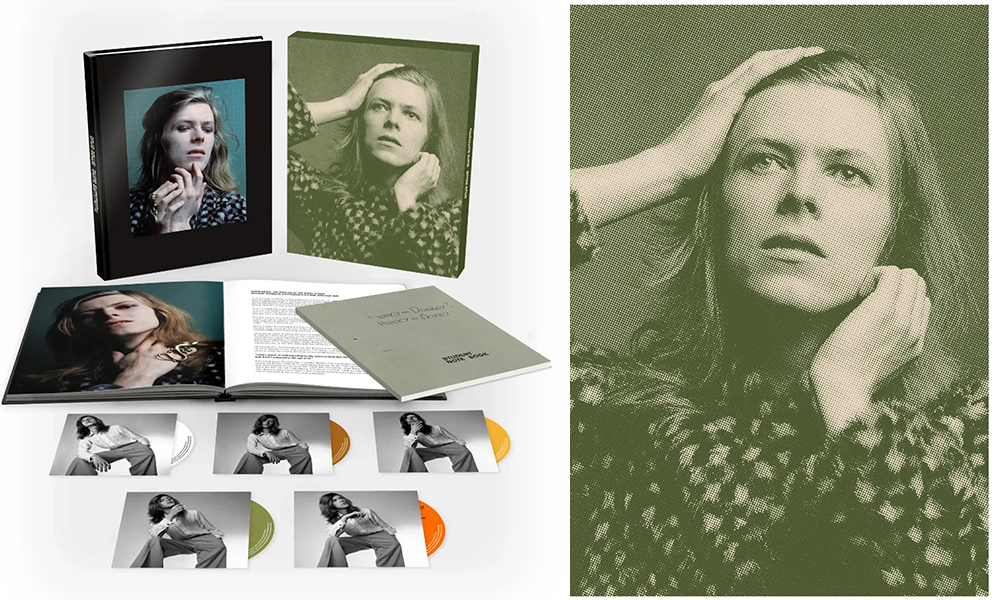 An Original Song by Hannah 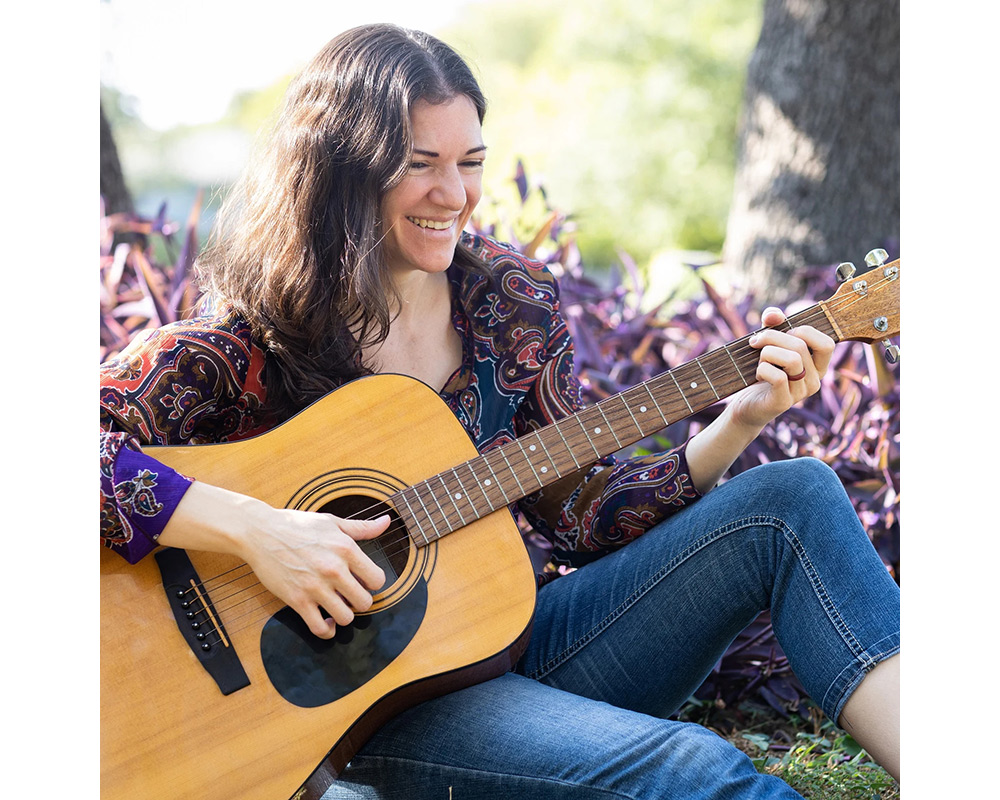 There’s a link to the website above, but you’ll have to have a hunt around if you want one of these suckers because they’re sold out. Wanna know why? Because they’re good. The purists will tell you they suck, but they actually don’t, and they’re a hell of a lot better than those record-player-in-a-suitcase things. The Lenco LS-410WA turntable comes with four speakers (two 15-watt and two 10-watt), a belt drive, a high-quality Audio-Technica cartridge (needle), and it has Bluetooth if you want to run Spotify through it. It’s one piece of equipment that you can listen to records on, as opposed to the regular five pieces (turntable, amp, pre-amp, and 2 x speakers). Price-wise, it’s coming in under $500, which is exactly how much you can love someone. 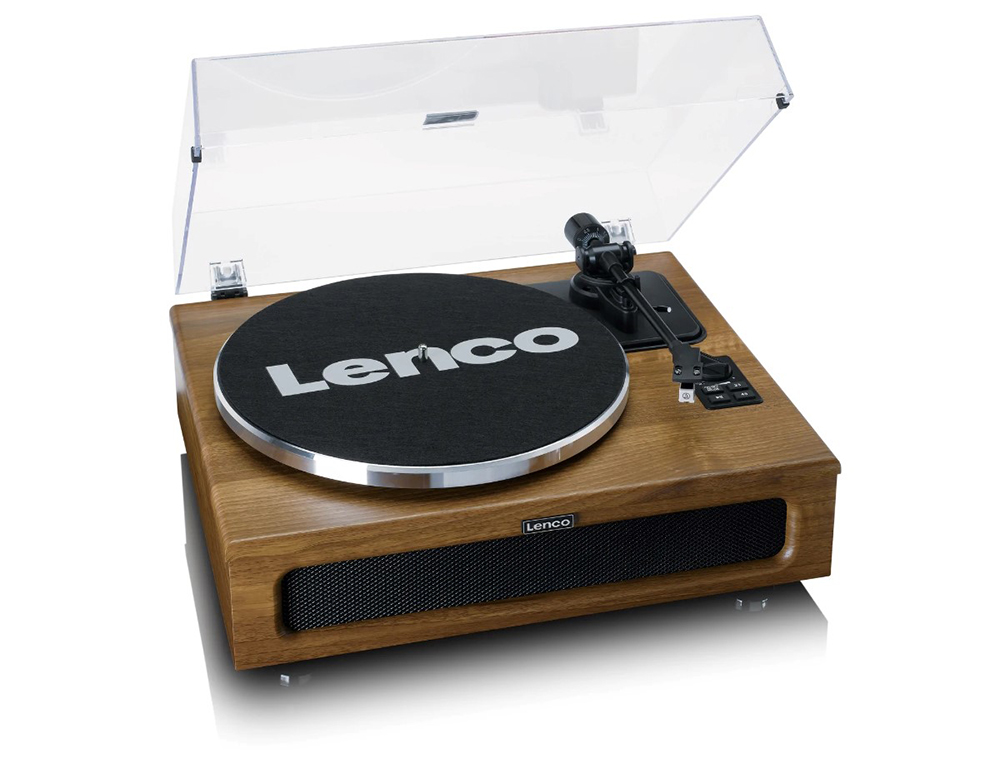 Nothing says ‘I haven’t had sex since I started wearing a musical necktie’ like the gift of a musical necktie. Take that music lover in your life and transform them into a primo, top-shelf bell-end with a tie that looks like a keyboard and actually is a keyboard! According to the manufacturers, this gift is touch-sensitive, and you can ‘entertain yourself (and everyone else) at parties or while waiting for a board meeting!’ This is a small and inexpensive gift, so if you wanted to make a bigger gesture, you could throw in a white waistcoat, speed-dealers, fedora, and some blackheads to make it a really merry Christmas. 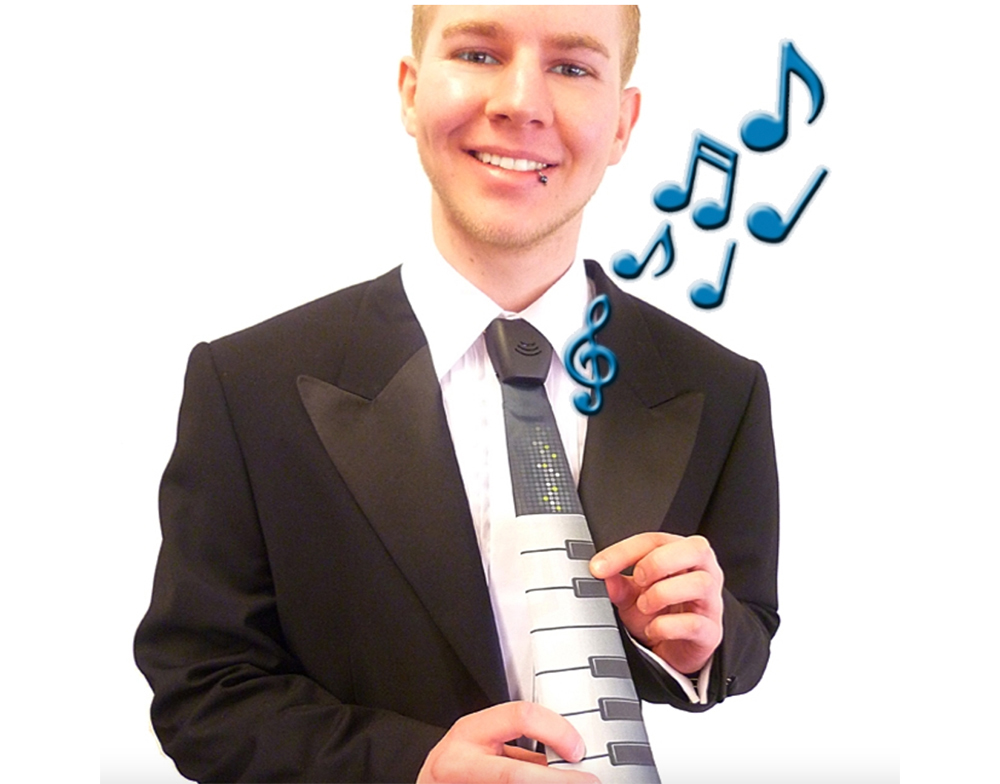 Oh, man, this is a good present. I know I’ve been rabbiting on about this band for the better part of two years, but I’m rabbiting for a reason: Fontaines D.C. is awesome. They should change their name to The Fontaines D.C. Experience because that’s how good they are. Naz and I caught them at Brooklyn Steel earlier in April, and it was an amazing show (he’s got an interview with them right here, by the way). Afterward, we went for pizza, but then I called it a night when Naz suggested we smoke PCP and attend an illegal dog fight on Long Island (disappointing). Get someone two Fontaines D.C. tickets for Christmas, and maybe they’ll take you with them (they kinda have to, right? Be pretty shitty if they didn’t). 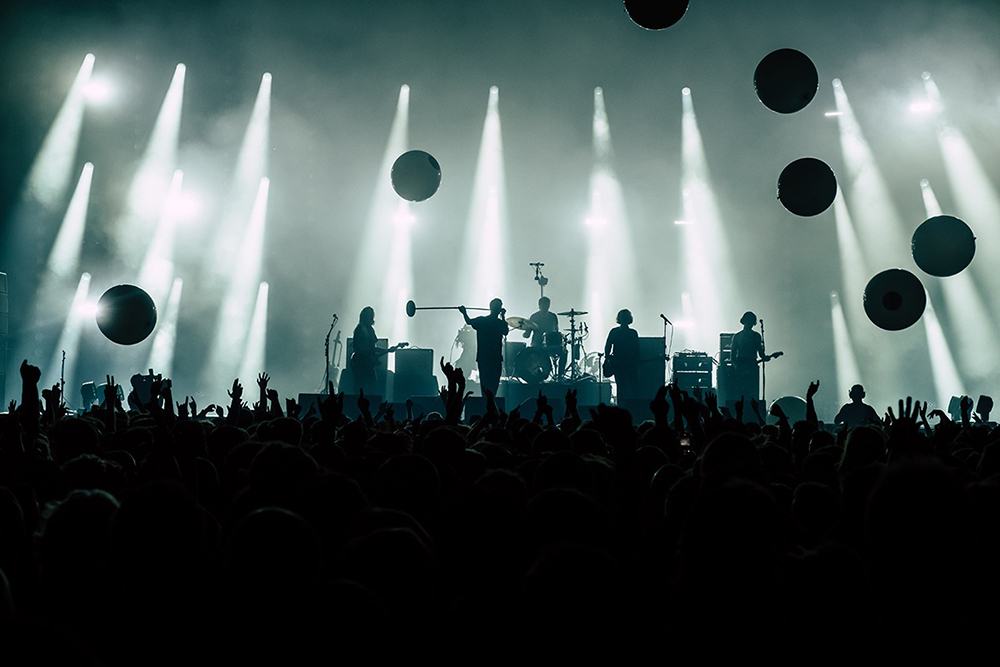 Pact with the Devil

Why would anyone endure the requisite 10,000 hours of practice to become a great musician when you can just sell your soul to the Devil and become a rock star overnight?! For just $21,116.08, that special person on your Christmas list can engage in an ancient ritual used by artists, musicians, and actors to contact Satan and trade a few years of fame and fortune for an eternity of red-hot pokers up the arse. According to the Etsy vendor (Thoth’s Mystic Magick), this particular sell-your-soul-to-the-devil deal is limited edition and promises to create ‘huge changes in one’s reality.’ Will one of those changes involve the gift recipent being buried under a hail of women’s underwear every time they leave the house? I’d say definitely. Happy holidays! 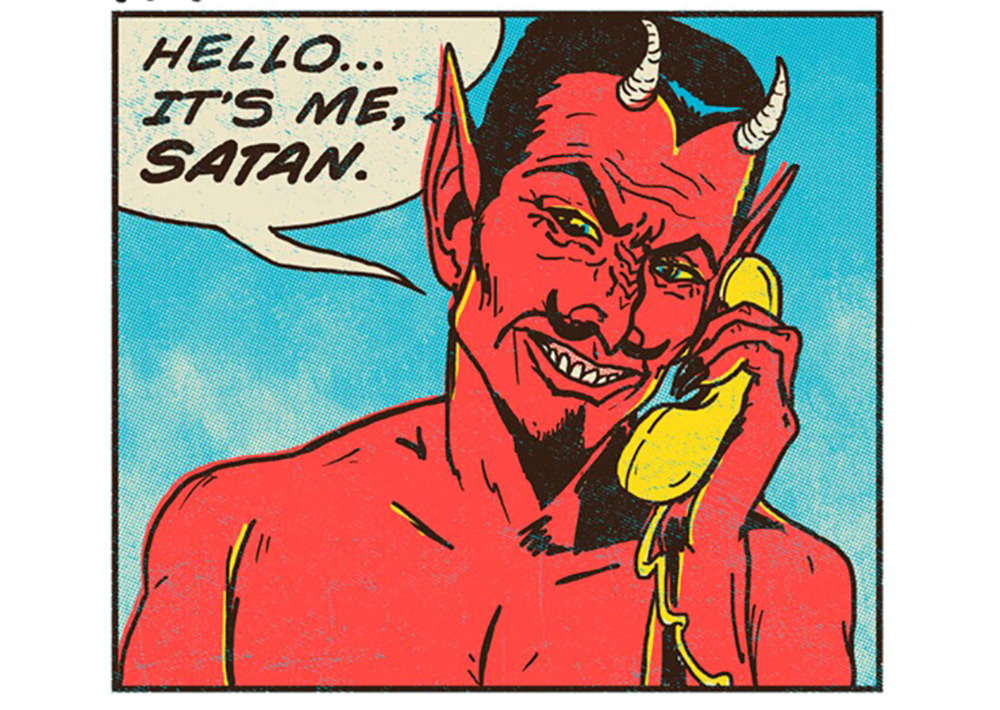