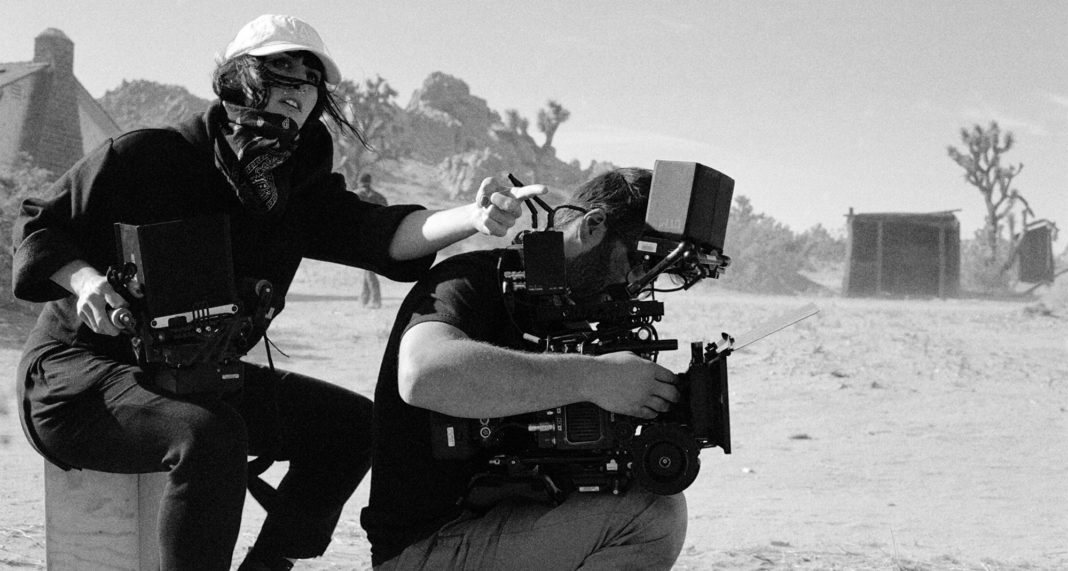 Malia James has crammed many lifetimes into one.

She started playing bass in a band just two weeks after picking up her first guitar, sung alongside Debbie Harry, toured the world with the Dum Dum Girls and Marnie Stern, and now she’s directing and shooting some of the biggest names in music and fashion. After hanging up the bass and turning away from her fully-fledged music career to pursue directing, Malia is now dabbling in publishing with a photo book Girl in a Girl Band—a nostalgic flip through intimate moments on the road with her former bands. I tracked Malia down in Kiev, Ukraine to find out more about the new book and how to fake it ’til you make it. 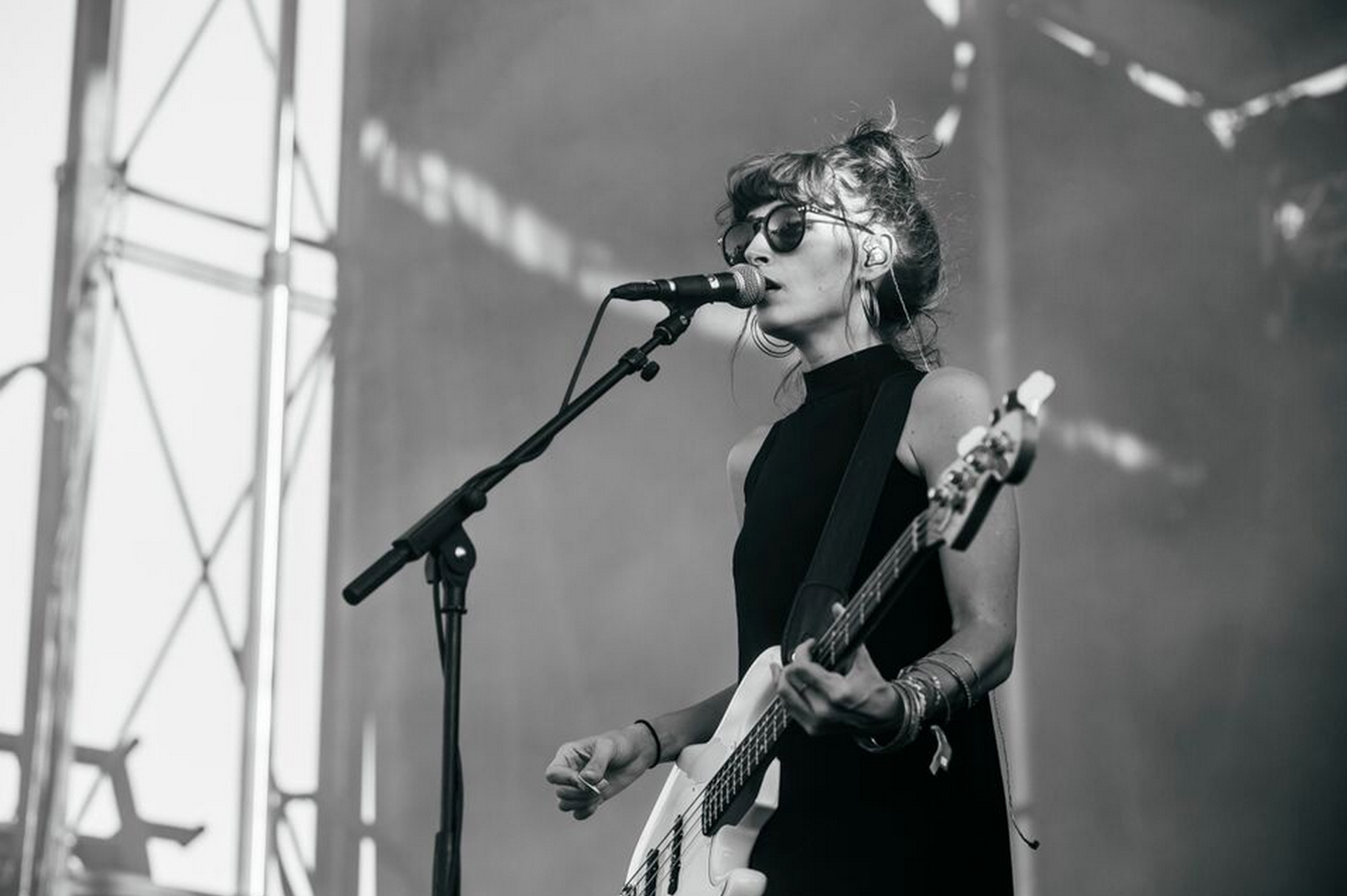 Did you grow up playing music, or was it baptism by fire when you joined Dum Dum Girls as their bassist?

Baptism by Fire should be the title of my memoir. Or Fake It ‘Til You Make It. I jumped into playing bass the day I joined my first band. I was living in London at the time and couldn’t afford to go out, so thought I’d give playing music a go. My friend’s bass player quit, so I told him I’d fill in. He got me a bass that day and two weeks later, I played to a packed bar. My next band was Marnie Stern. A few years and a few bands later, I joined Dum Dum Girls.

Putting together your photo retrospective, Girl in a Girl Band, must have been very nostalgic. Did any photos, in particular, bring back favourite memories?

I relived the experience by sifting through every image. It brought up every shade of happiness and sadness to look back on that time. My biggest regret was not really appreciating those times, but that’s the human condition, isn’t it? We so easily forget to live in the moment and enjoy where we are.

Were there any moments on the road you regret not having your camera handy?

Yes and no. The moments I didn’t have my camera, I was living in the moment. When it came time to put the book together, I was looking back on it with a photographer’s editorial eye and wish I’d had more coverage of it from a journalistic perspective. The moments I captured and what you see in the book are very much my experience of being on the inside looking out.

And how did singing alongside Debbie Harry come about?

We were playing SXSW and she wanted to make an appearance, so it was decided that we would be her backing band. We covered “Heart of Glass.” When we rehearsed with her the night before, she said, ‘What should I wear tomorrow?’ We laughed at the idea of a fashion icon wanting us to guide her on how to be a Dum Dum Girl. I remember Dee Dee (frontwoman) shyly replying under her breath that she’d been ripping Debbie’s style off her whole life.

What do you miss most about playing music?

I miss the absolute rush of simultaneously being locked in with my bandmates and feeling the energy of a crowd. There are so many variables that can make performing live uncomfortable. As one example, sometimes the monitors aren’t working right and you can’t hear what the person next to you is playing. When it goes well, you feel invincible. Performing gives you immediate feedback, which is more intimate than a film or book.

What did you learn as a musician that you now apply to your directing work?

How to live out of a suitcase and survive on very little sleep.

You’ve worked with some really big-name musicians in recent years. What’s been one of the most creatively fulfilling projects, and why?

My short film, Blue Lips, with Tove Lo. We took the visual album into a new arena, making it more about the story and characters, with the music as the score. She was a total dream to collaborate with.

The way that you use light in your films is incredibly beautiful. Are there any other filmmakers or photographers whose experimentation with light inspire you?

Thank you! Sometimes I say beautiful light is my first love in filmmaking. Some people I’ve been inspired by are William Eggleston, Nan Goldin, Phillip-Lorca diCorcia, Gregory Crewdson, and Wong Kar Wai’s films.

If you could give your twenty-something-year-old self any piece of advice, what would it be?

Journal every day and lean in. I wish I had a daily account of some of the stories I’d like to turn into long-form narrative projects. I’ve lived a bold life, but I wish that in my 20’s, I’d had the confidence I have now.

Girl in a Girl Band is available for purchase here. 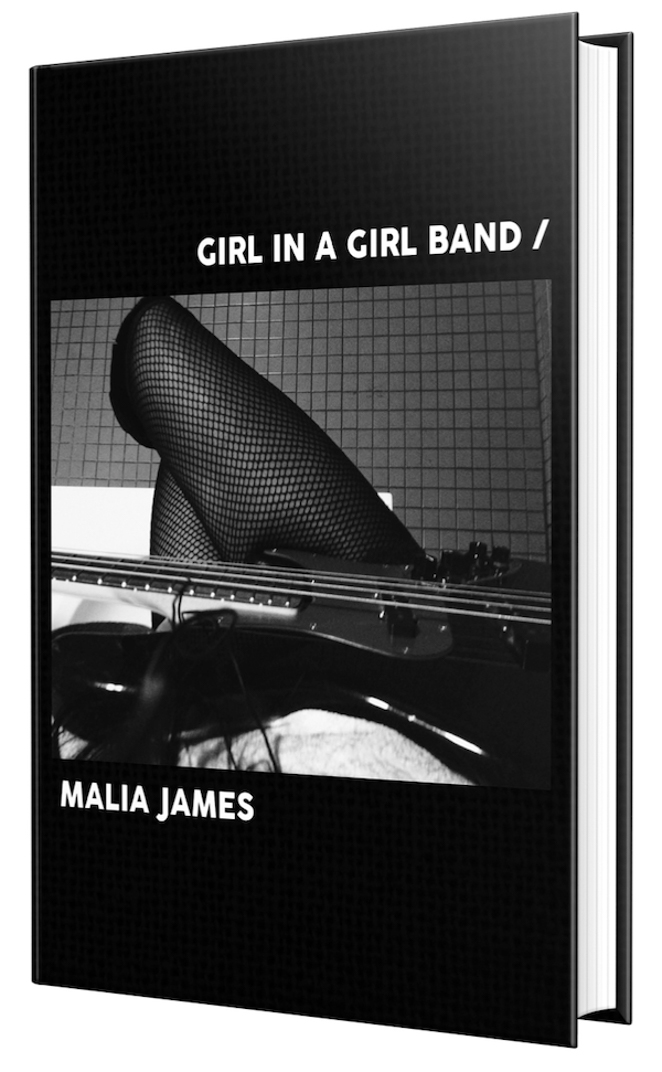