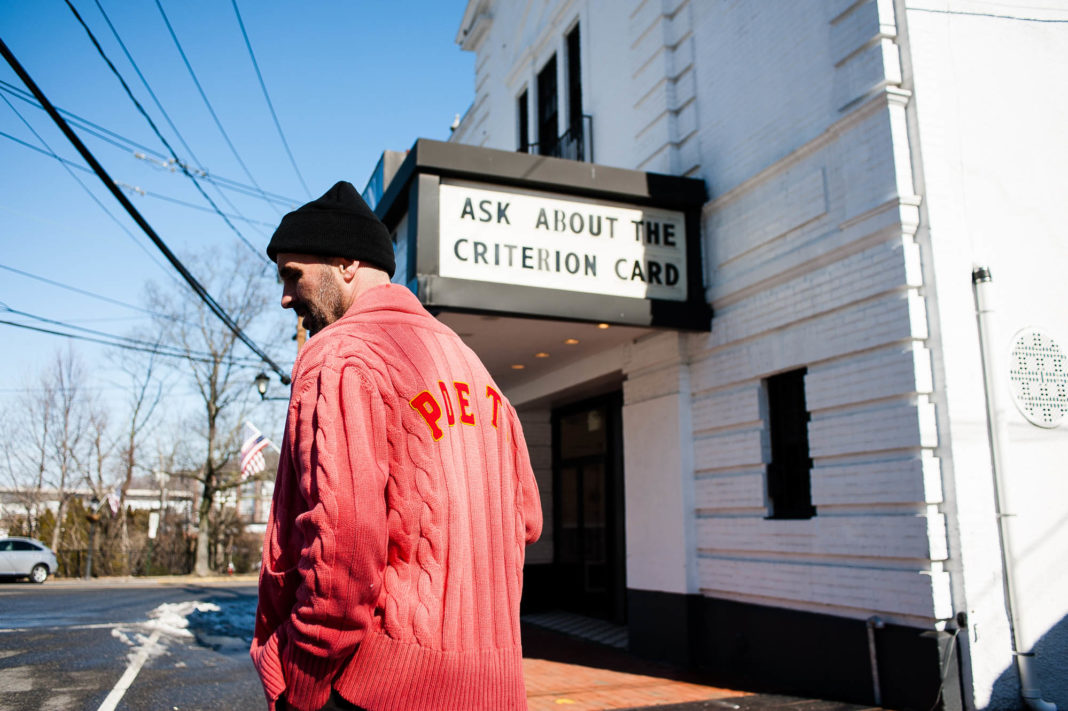 Though it’s located in Long Island, Roslyn Village and its baroque architecture feel lifted from a New England suburb.

Even the defunct J.P. Morgan Chase bank was housed in a white shingled building dotted by weathered columns. Unusually warm for mid-February in the north-east, Roslyn was bustling for a Sunday afternoon. Children bounded on sleds down a slight incline of grass covered with patchy snow leading directly into a duck pond, a local bakery was teeming with patrons, and things felt simple and detached from the block-to-block mood swings of New York City. It’s on this main street where I meet Gino Iannucci.

A little more than a year ago, Iannucci teased a new iteration of Poets, a skate shop he owned and operated in a few locations in Long Island before ending the run in 2012. The initial plan was sparked by Antonio K. Ciongoli, the former creative director for the lifestyle brand Eidos. Ciongoli and Iannucci became fast friends and actually teed up a collaboration between Poets and Eidos in the sample stages, before Ciongoli resigned from the company. Having been introduced to not only Ciongoli’s industry contacts, but also the language of design, Iannucci remained motivated to pursue Poets as a clothing line and eventually found a business partner in Brenden Wyant. 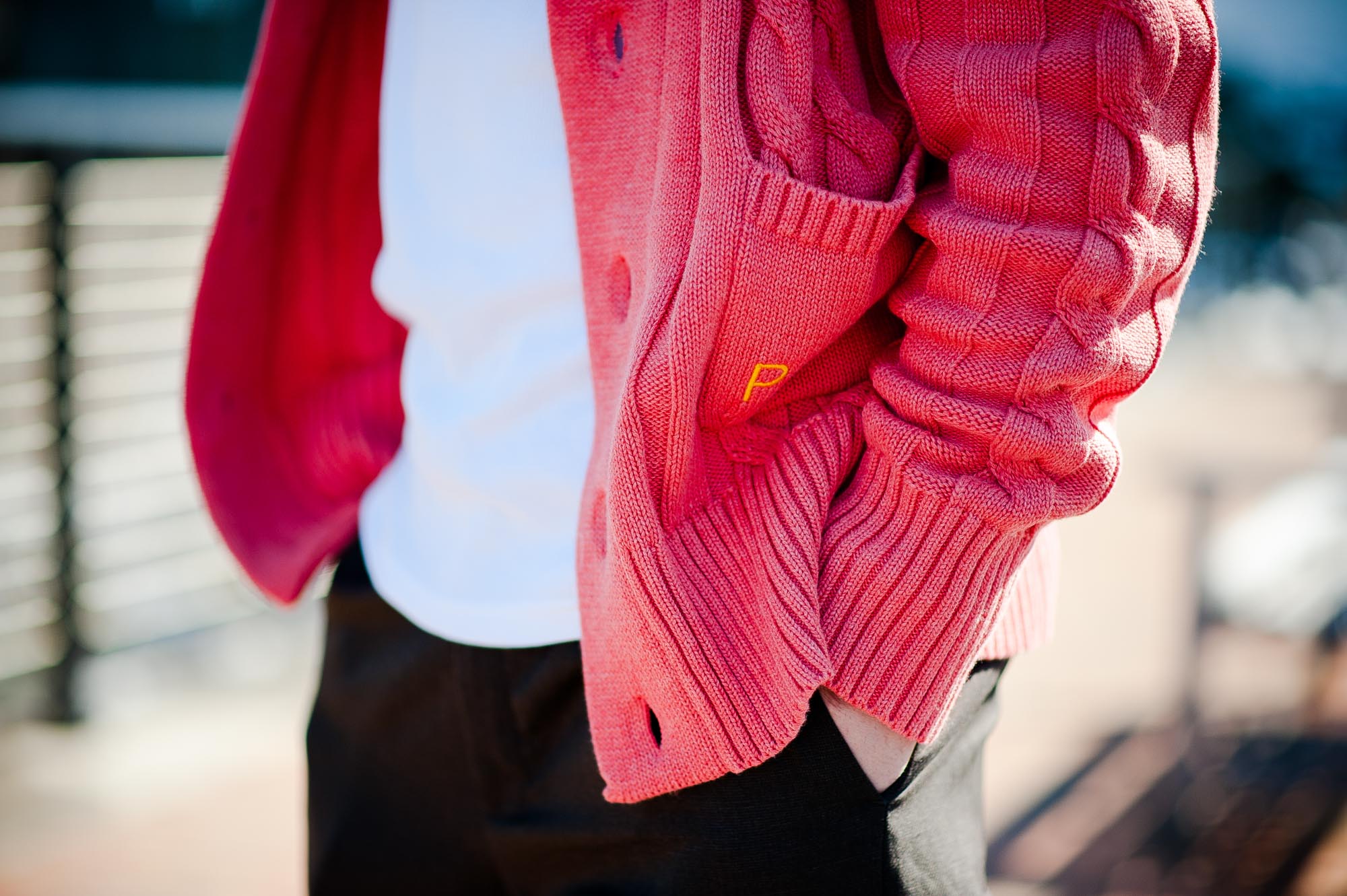 “The idea was never to start a skate brand,” Iannucci explains. “Who’s going around skating in a $400 sweater? That’s not the point.”

Perhaps the biggest challenge in designing clothing in 2018 is inspiration, specifically when it’s rooted in nostalgia. Homage bleeds into appropriation, and without context it can come off as trite, or worse, overly sentimental. When Iannucci appeared on Instagram last year, the account instantly read like a mood board: a collage of 80s movie matinee culture, early skateboarding videos and hip-hop clips all bound by a thread of underdog, not outsider culture. Coming from that analogue world, it resonated with those who connected to the rush of storytelling when media was finite and fetishized. That verve translates directly into the key piece of Poets’ first launch.

“I wanted to recreate the sweater Mickey wore in Rocky for a long time now,” Gino says. “When I started toying with the idea of Poets becoming a brand, the cardigan a.k.a. ‘The Tomato’ was first on the list of what to make…it’s a loud color.” 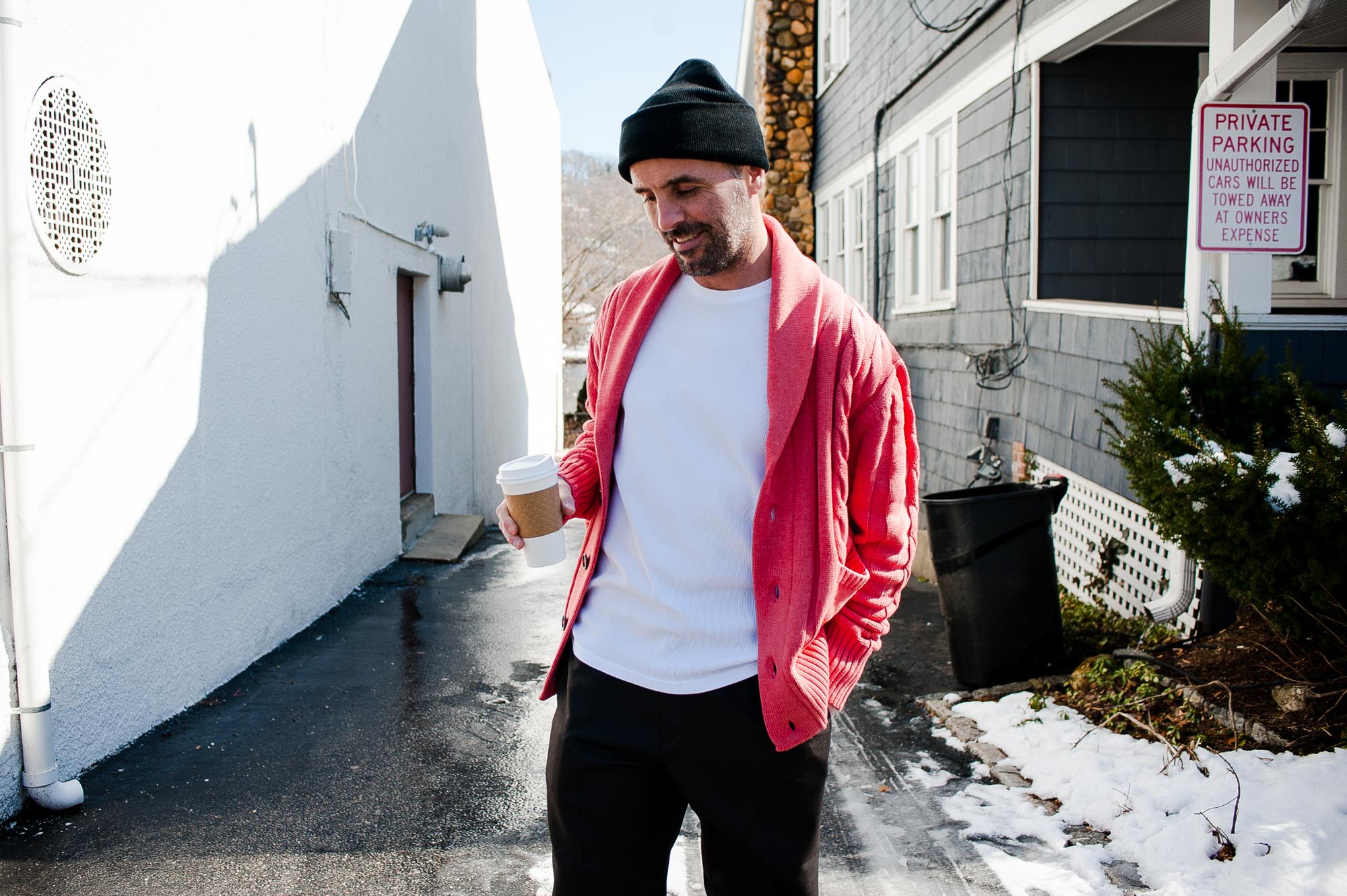 Going with the bold theme, the cardigan is adorned with collegiate lettering and embroidered branding on the front pocket. In a sense, it’s an extension of his days riding for 101 skateboards, where he and longtime friend Jason Dill based a pair of jeans for the company on some Aeropostale denim that they refined and personalized. Years later, Iannucci’s creative process isn’t much different, based on travel and being as methodical as the process calls for.

For Iannucci, Poets isn’t even about fashion, a label he’s eschewed despite often being cited as a style icon. Instead, Poets is a project and challenge to create things that work both aesthetically and in intent. I learn this in the lobby of a small independent movie theatre just off Main Street in Roslyn. Originally opened in 1941, Bow-Tie Cinema was once a 500 seat mecca, now housing a quarter of the seats but still managing to retain its charm. 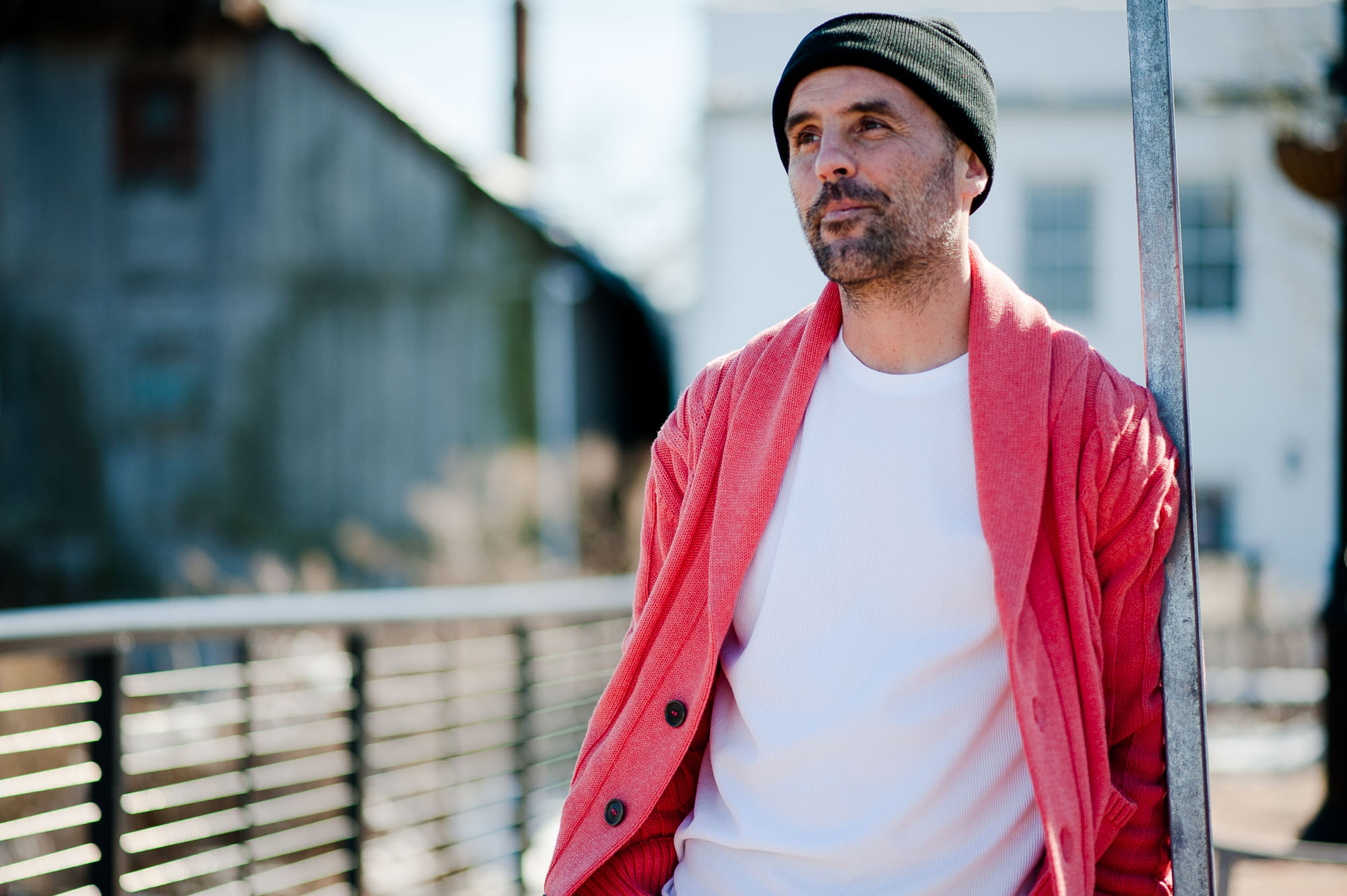 As the ushers look on we talk about Rumble Fish and The Outsiders—iconic movies translated from S.E. Hinton novels and referenced in graphic tees that are part of Poets’ first drop—as well as old HBO credits. More importantly, the narrative of Poets unfolded over coffee and conversation. Architecture, outlaws, sports, and sweaters may seem disparate, but the appreciation of story and experience stitches them together. Whether we’re talking about traveling the tri-state area as kids playing bantam hockey or searching for skate spots to his recent trip to Bergamo, Italy, to meet manufacturer Nicola Scaglione to create the ‘Tomato’ cardigan, it’s clear that Poets aim isn’t to create something new, but rather something nuanced.

“I don’t like to get rid of anything,” he tells me, referencing a pair of shoes he’s held onto for about 15 years. “The goal [for Poets] is to make things that last.”