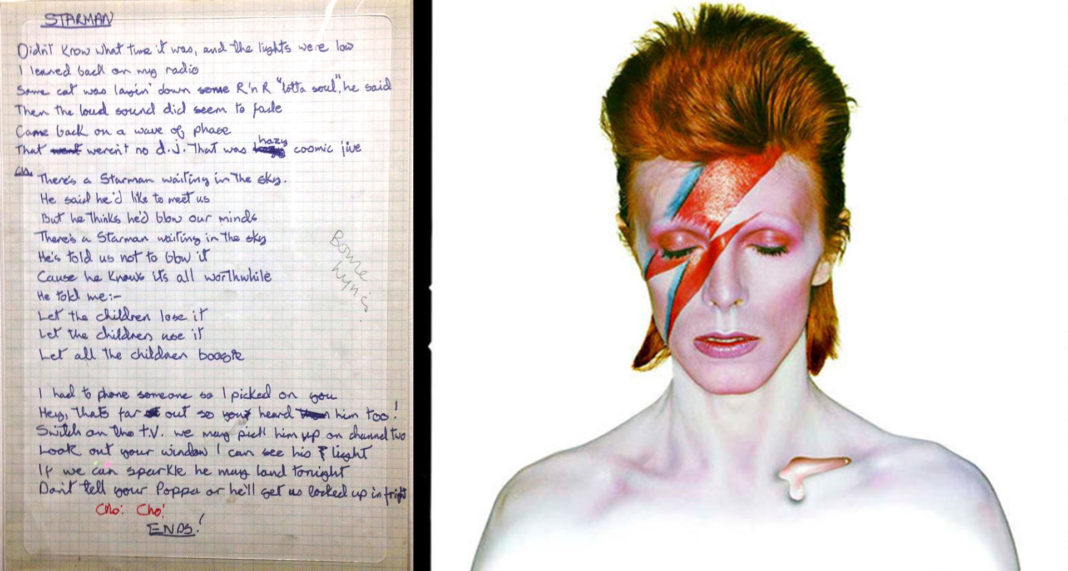 A single A4 sheet with the lyrics for ‘Starman,’ by the Starman himself, has been won at auction by Australia’s very own MONA.

The page—which along with lyrics, include Bowie’s scribblings that both edit phrases and correct his own spelling—were originally expected to go for around $66,000 but sold for almost five times that much, at the grand total of $339,000. 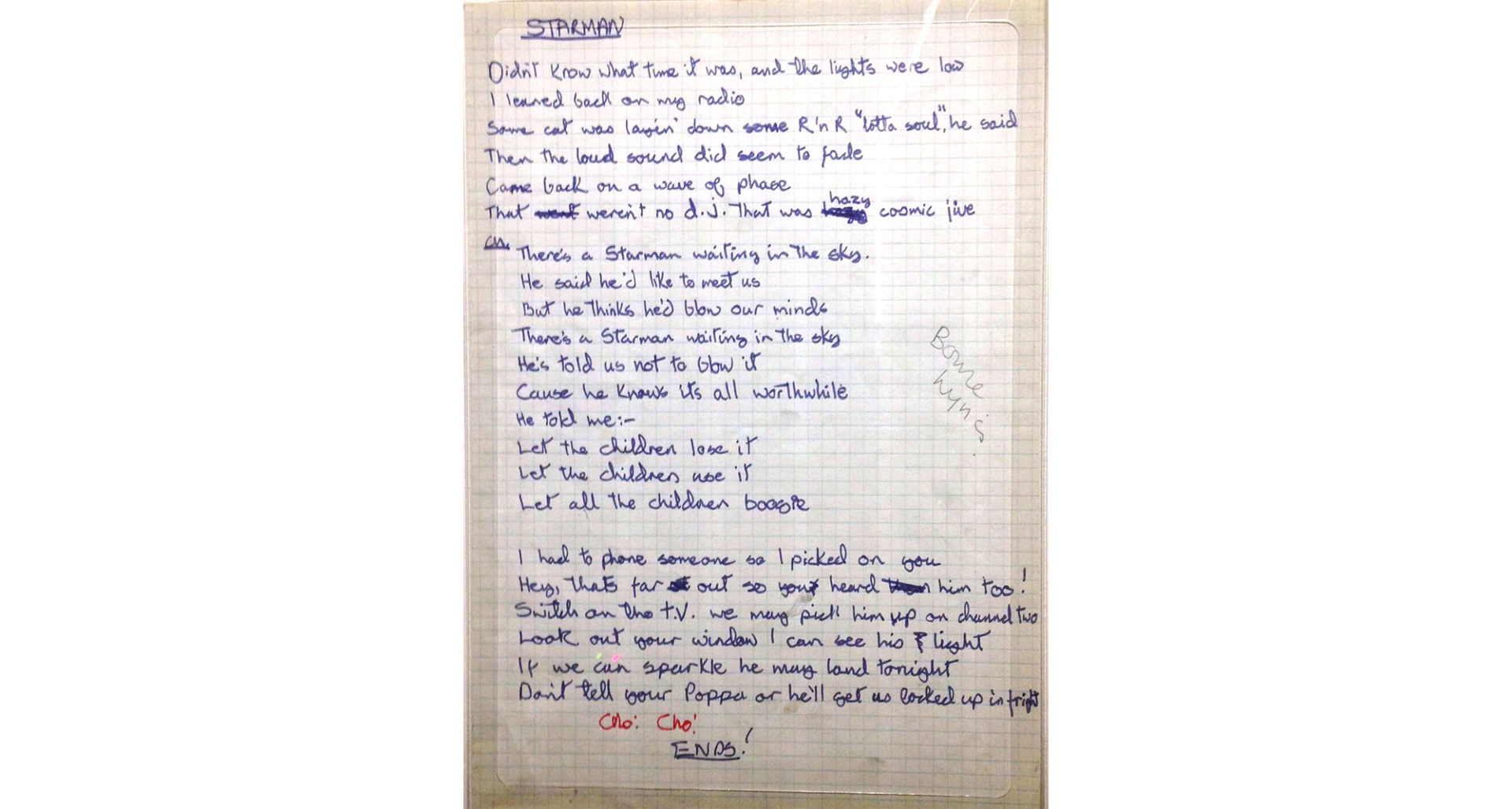 The lyrics describe Ziggy Stardust bringing a message of hope to Earth’s youth through the radio, to be saved by an alien ‘Starman’. Fun fact: the chorus is loosely inspired by ‘Over the Rainbow’, sung by Judy Garland in The Wizard of Oz.

It’s most definitely not the first expensive splurge from our country’s largest privately funded museum—which cost $75 million to build—or its founder. Walsh’s purchase of ‘My Lonesome Cowboy’ by Takashi Murakami was said to set him back $20 million, and it’s been reported that the museum operates at a loss due to its expenses and employee salaries.

Elsewhere in Bowie news: his first estate-approved documentary, Moonage Daydream, by acclaimed director Brett Morgen was released in cinemas this month, and it’s exactly the mad genius we were hoping for. Monster Children interviewed Morgen about the years he spent piecing together one of the most important works of his career, during which he had a near-death experience, and returned to the project only to find clues in previously unseen footage that lit the path forward for his trippy, visually stunning ode to one incredible life. Check out the full chat here.