“I started a band as a joke and now I’m fucked for life,” laughs Dani Miller.

Her band is called Surfbort and they’re a four-piece classic punk outfit based in Brooklyn, New York. They’ve got a reputation for edgy t-shirt designs, graphic and experimental music videos, and riotous live shows, which they’ll be bringing to Volcom Garden—a free mini music festival at SXSW this Friday night in Austin, Texas. Their sound is thrashy and feverish with a healthy dose of sarcasm, but Dani insists that it depends on the vibe. “We’re the type of band where it’s freak music so if someone’s having a romance party we’ll be romantic or if they’re being really hardcore we’ll be more hardcore.”

Dani and I are sitting on the kerb of a quiet street in Echo Park, a tidy, gentrified neighbourhood in central LA. She explains that she’s taking some downtime in California between tours, staying with her boyfriend. Dani seems super comfortable here in the gutter, posing for photos in front of a random blue Mercedes and then sprawling out next to some garbage bins. She’s photogenic and good at talking shit, happy to switch between anecdotes about the band and seemingly taking the piss out of the whole interview thing. More than once during our chat, I can’t tell if she’s being serious or not.

“I love to puke on Trump. That’s my fetish,” she says at one point, describing the music video for “TRASH”, where she can be seen in her backyard in New York, puking on an old television screen and then rubbing the spew into an image of the US President’s face. And while it probably isn’t her fetish per se, I get the vibe that there’s a nugget of truth in the statement; it’s probably a good indication of her politics and Surfbort’s vibe more generally.

Another example is how Dani used to begin every show by yelling, “We’re Surfbort and we don’t believe in Google!” It sounds kind of dumb and sarcastic at first but there’s a story there. Dani was living in San Francisco right at the time when Google were moving a lot of their offices into the city. She explains, “At that time it was even more of a techy takeover, in The [San Francisco] Bay. That really fucked me up.”

It was a classic case of gentrification and all these Silicon Valley types were pushing up the cost of living—her anti-Google slogan was a subtle nod to that. Of course, it was also because Matty, the former guitarist, was, in Dani’s words, “super into conspiracy theories slash fuck the internet, fuck the government”.

Surfbort has had quite a few lineup changes over the last four years, maybe because at certain times, things have gotten too chaotic. Like when they were playing a festival in New York and they did an interview on a four-storey yacht on the East River. “My bandmate at the time got so carried away with open bar, he was carrying four beers at once, screaming, and then he jumped off the four-storey yacht,” Dani recalls. “That made the whole security for the entire festival attack him and kayak to him. And all the kayak rescuers were trying to get him and he was like, ‘Get the fuck away from me! Ahhh!’”

“That’s old Surfbort,” says Dani. “Which is sick, but it’s so much more work beyond the music, to keep that together.” The current lineup— David Head, Alex Kilgore, Sean Powell and Dani—has a totally different dynamic. Dani refers to her bandmates as “my dads” because they’re all “like 45 to 50” and Dani is 26. She explains, “They took a Back To The Future car ride straight here from the ‘80s punk scene and yeah, I just call them my dads. That could be offensive but they like it, I think.” 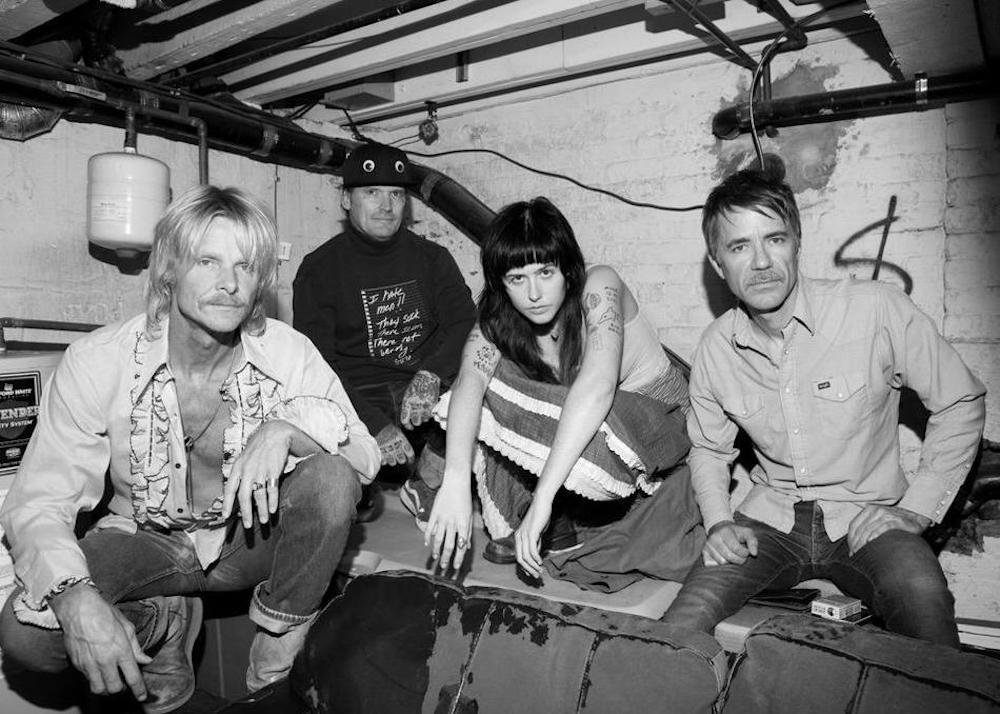 The drummer, Sean, is a grandfather and guitarist Kilgore is a young dad, so the dad title actually has some truth to it. And as far as reckless partying goes, Surfbort have reached a point where they’ve done their time and they’re pretty much over it. Sean and Kilgore are long-term sober while Dave and Dani keep it comparatively mellow these days.

“I did hard drugs from 17 to 21,” says Dani. “I was insane and then I was fully on another planet of destruction. So now I don’t do that shit, I’m like three glasses of wine tops, get stoned, and that’s about it.” Dani’s now the only member who’s been around since the beginning and she says the current line up is the most sustainable. “It’s kind of the best formation of the band because I don’t have to babysit anyone,” says Dani. “No one’s wilding out on drugs or lost in the streets after a show. “When I’m in New York, we practice every day for at least three to five hours and just get stoked and make a tonne of shit, so it’s really fun,” she says.

The name Surfbort, in case you were wondering, is a reference to Beyonce’s song “Drunk in Love”. According to the infallible wisdom of Urban Dictionary, “Surfbort is a sexual position where a male lays in the tub with his knees bent. The woman straddles him with her back towards him so she can ride his dick by holding onto his thighs, much like holding onto a surfboard and bobbing through the ocean.”

I ask Dani about when she went to dinner with Casablancas, who’s a bit of a rock ‘n’ roll deity at this point, and he agreed to put Surfbort on the label. “I think he must have seen a video or heard word on the street that Surfbort’s insane,” she says. When I ask if she was nervous, Dani responds, “No, he’s a chiller. He’s super into music like I am. I’m kind of abrasive and insane so maybe he had to get used to me.”

You can catch Surfbort FOR free along with Death Cult, Dead Meadow and more, this Friday, the 15th of March at Volcom Garden at SXSW – 1209 E. 6TH ST, Austin. 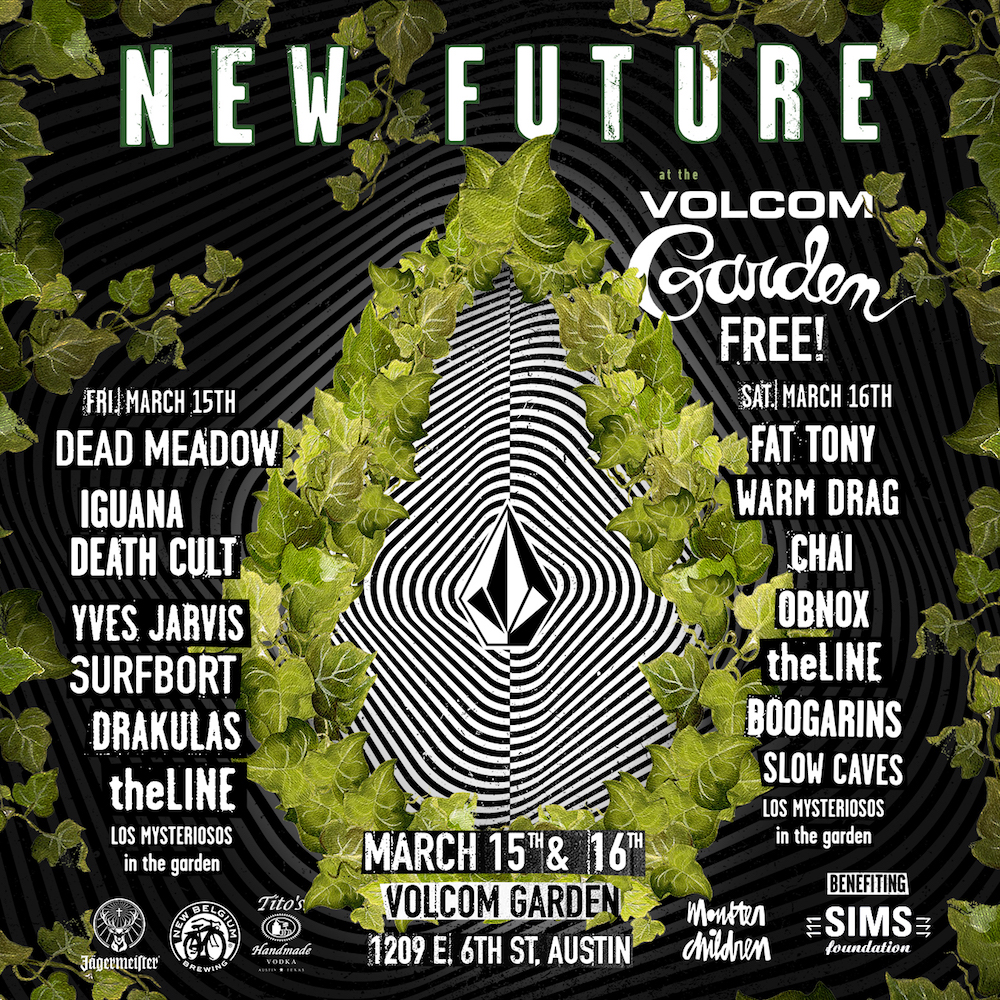