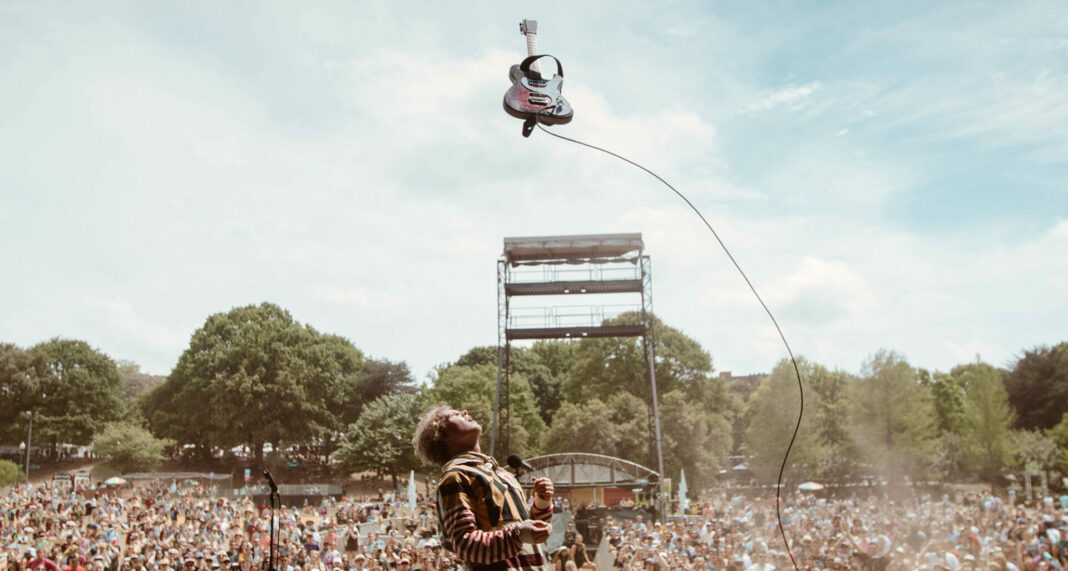 Growing up the youngest of four in small-town Texas, Mary Caroline Russell was always trying to keep up with the older kids.

When it came to any creative pursuit, she was in like Flynn, and after she began going to local shows in motel ballrooms and skating rinks with a disposable camera, Mary discovered music photography—a world where two of her great loves met. During the post-high-school exodus that occurs in most small towns across the country, she made the decision to explore creative avenues in her hometown instead; a decision she credits with almost every opportunity she’s had since.

At 19, Mary began to gain access to more and more music shows through a friend, which would eventually lead her to shooting huge names such as Gary Clark Jr., Lil Yachty, Florence and the Machine, and too many more to list here (but which you can check on out her Instagram @marycarolinerussell). Her incredible image of a guitar mid-flight, shot from the back of the stage looking out, captured the judge’s attention immediately and nabbed her the winning spot in the Music category of the 2022 MC Photo Comp, presented by Slow & Low. We hit the Texan photographer up to find out more. 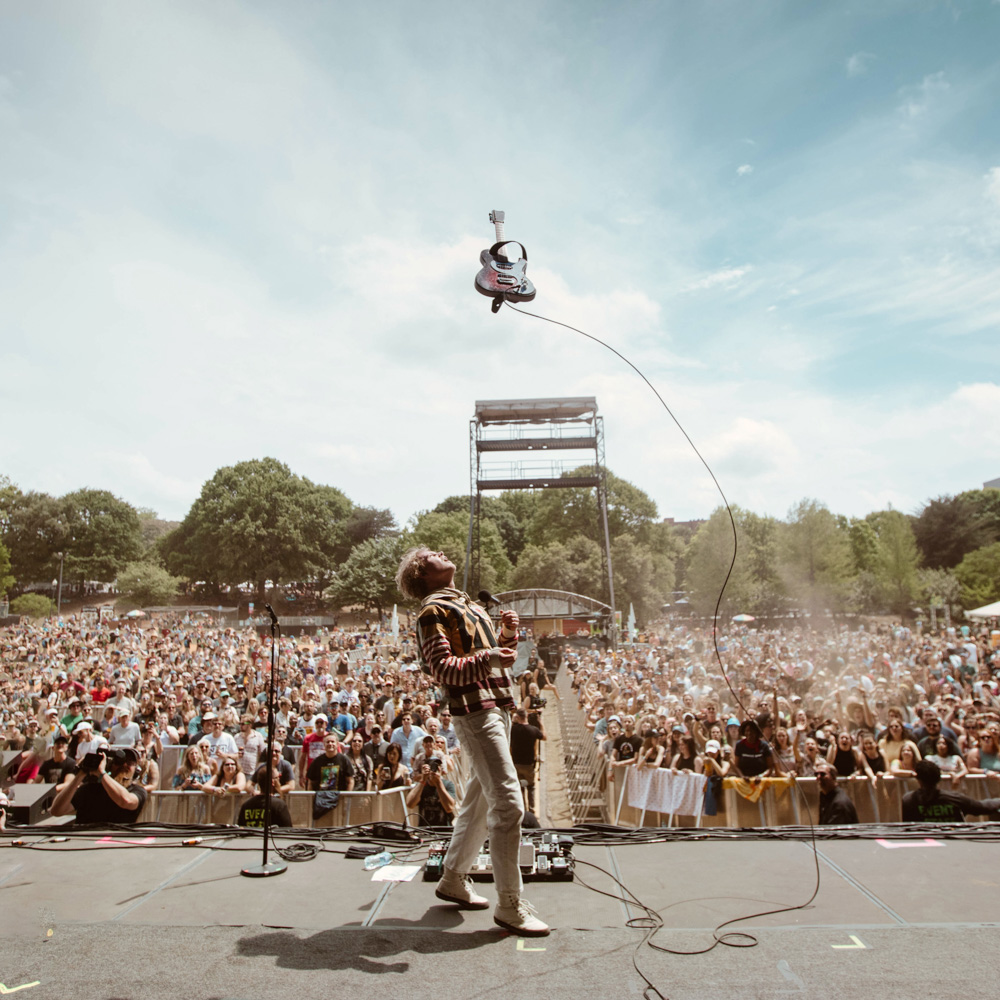 Can you tell us a little more about the story behind your winning photo?
I remember waking up that morning and wondering if I should even go to the festival. For no particular reason, I was feeling self-conscious and wondered if I was even good enough to go take photos. The guys in Colony House are long-time friends and I knew it would be a good time, so I rolled out of bed and headed their way. Throughout their set, I kept missing moments. I would run up on stage only to see Caleb (their singer) was out in the crowd or he was up on the drum set and I was taking photos of the guitarist. I felt off. At this last moment, I was hiding behind their bassist and I saw Caleb toss the guitar and luckily it was tossed high enough that I was able to run out while it was still in the air, to get it all centred. I remember being really excited about the photo, but when I went to post it even then, I wondered if it was good enough. So it’s very cool to get this kind of validation.

How do you plan to spend your prize money?
I’m spending the next year in Nashville and there are so many female artists I’ve been connecting with online and a lot of them I’ve never even met. I want to do a project inspired by Sanlé Sory—portraits of all these women who have inspired me here. So hopefully, I can pull that off at the beginning of the year.

What have you been shooting at the moment?
Mostly personal projects and commercial work. I have a deep love for polaroids so I’m always carrying one around.

Which photo of yours would you save from a burning building?
There is a polaroid I took of Usher a few years ago. It was for a commercial project but it was such a good day. I grew up listening to Usher so getting to photograph him alone was a dream; he was so collaborative, so kind. A true pro. Earlier that week, I was in a studio in New Orleans documenting my friend recording his first solo record and then to fly to LA and shoot Usher, it felt like I had really ‘made it’ for a minute. I woke up the next day to find out I had zero dollars in my bank account and something about that perfect juxtaposition makes that photo represent something hilarious and special to me about the rollercoaster that is being a creative.

What do you like to do when you’re not shooting photos?
My husband keeps telling me I need a hobby, but honestly, I just love hanging with my friends. Give me a late night, a dive bar, and a few good friends—that’s all I need.

Any plans for 2023 that include your camera?
Hopefully Taylor Swift calls me for that Eras tour. I’m available 😉