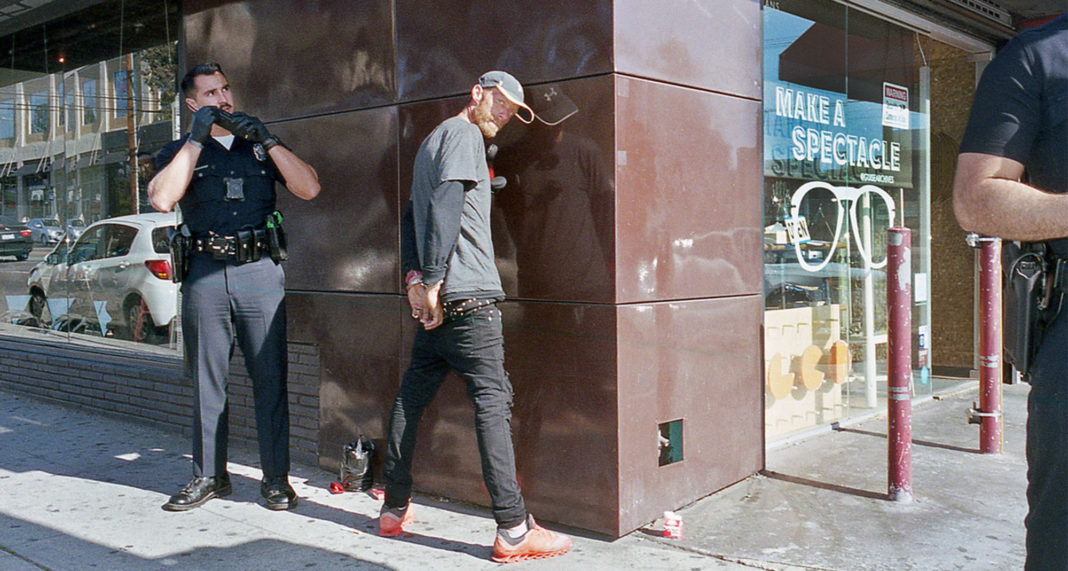 “These things are partly luck, but they also only happen because I’m paying attention,” says Brooklyn-based street photographer Martin Cartagena.

I’ve asked Cartagena about a photo he took of a man who is standing handcuffed next to a cop—obviously getting arrested—outside a shop that appears to be selling reading glasses. The cop is looking away, speaking into his radio, giving the impression that he’s taking his time with the arrest. The words ‘make a spectacle’ are printed on the shopfront window and they make a spookily fitting caption for the scene.

“I was in LA sitting in a car waiting to check-in to my hotel,” Cartagena explains. “I sensed some weird energy from a man outside my window so I got out and carefully followed him up the street. Out of nowhere, these cops came swooping in on him.

“The ‘spectacle’ sign is simply a coincidence, but I realised it as I was taking the photos and made the choice to include it in the frame. That’s where the skill comes in I guess.” 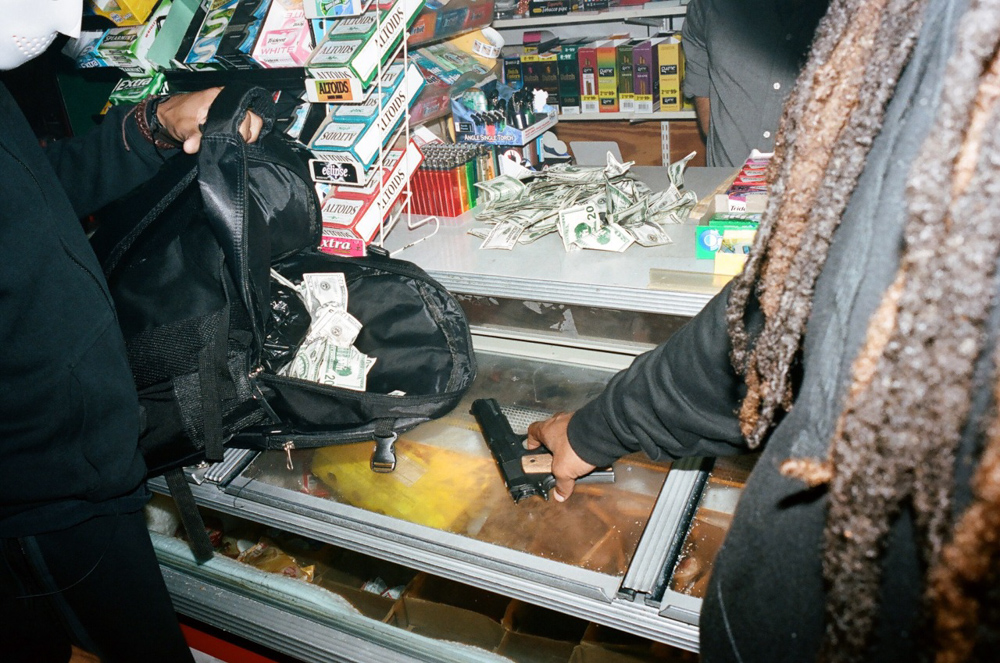 It’s a compelling image because even without context, it tells a much bigger story about a power struggle. Most of Cartagena’s photos have this storytelling quality, invoking more questions than answers. The fact that Cartagena surreptitiously followed a random and potentially dangerous man up the street based on a sense of “weird energy” is partly indicative of his creative instincts and partly of his dedication to the practice of street photography. He always carries a camera with him and says he’s constantly on the lookout for interesting scenes to photograph. 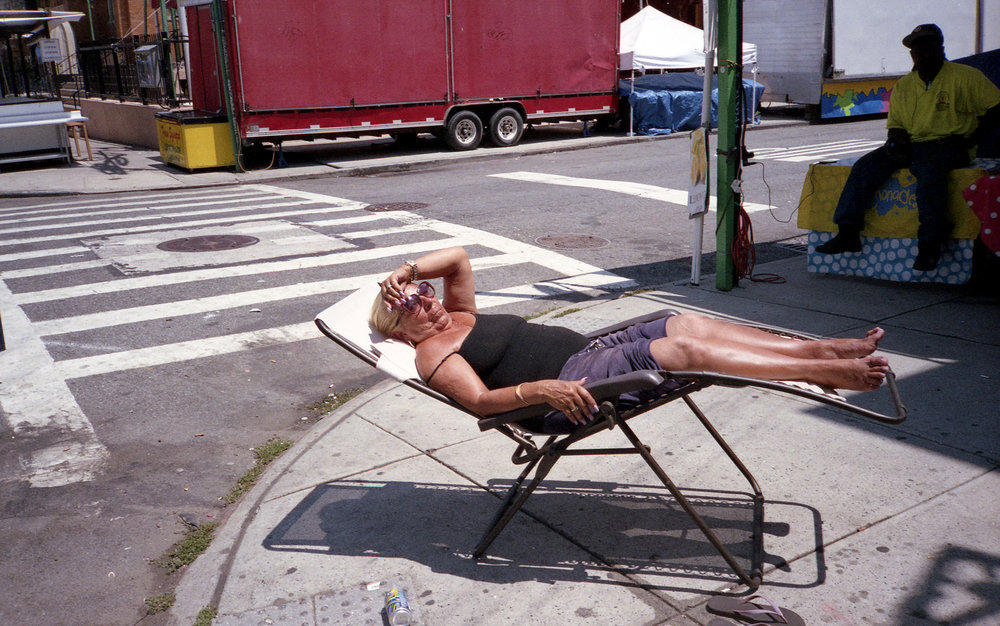 Cartagena got his first 35mm camera at 10-years-old and still shoots film almost exclusively. He can remember the first time he was compelled to take a photo: he saw a businessman asleep on a park bench and captured it. At the time, he’d never heard the term “street photography” but he learned of the genre soon after.

Cartagena spent his 20s shooting photos in the streets of New York, considering it a hobby rather than a profession. About six years ago, he got a little more serious about it and starting taking freelance photography jobs, most notably for Vanity Fair. He now lives in Brooklyn with his girlfriend and their two cats, and a baby on the way. “Everything’s on the up and up,” he says, describing photography as “a bit of an obsession”. 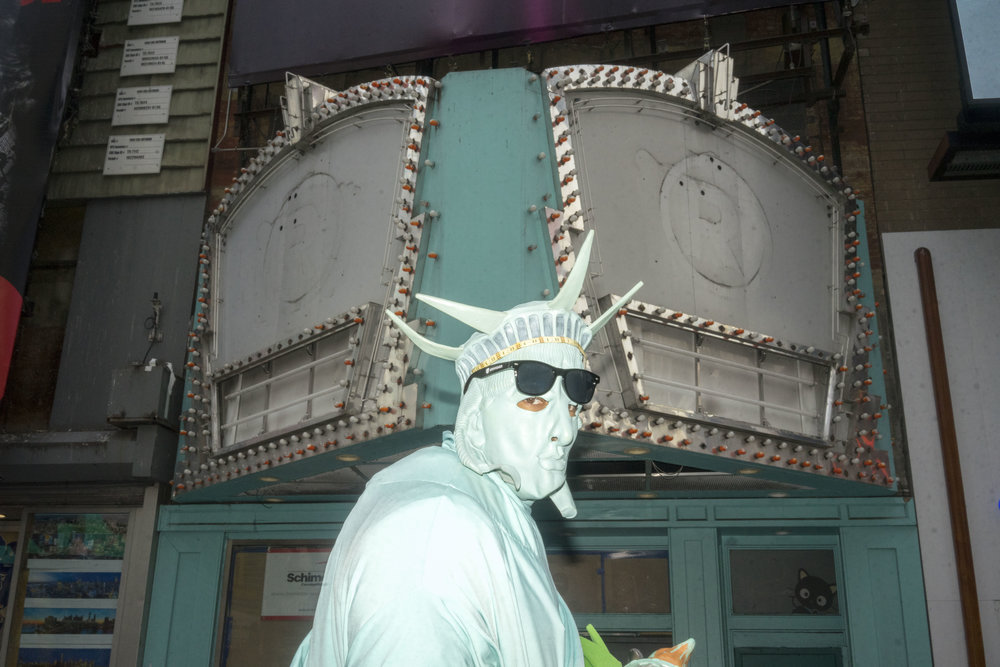 In a 2015 essay, he revealed some details about what his obsession can really look like: “Sometimes I follow someone for a long period of time, for blocks and blocks, often in the wrong direction or for several train transfers, even exiting the train to keep tailing them. I’ve waited for people to finish shopping or finish eating in a restaurant. I’ve chased buses and cars on foot, sometimes with success and sometimes without. Whatever it takes to get a shot.” 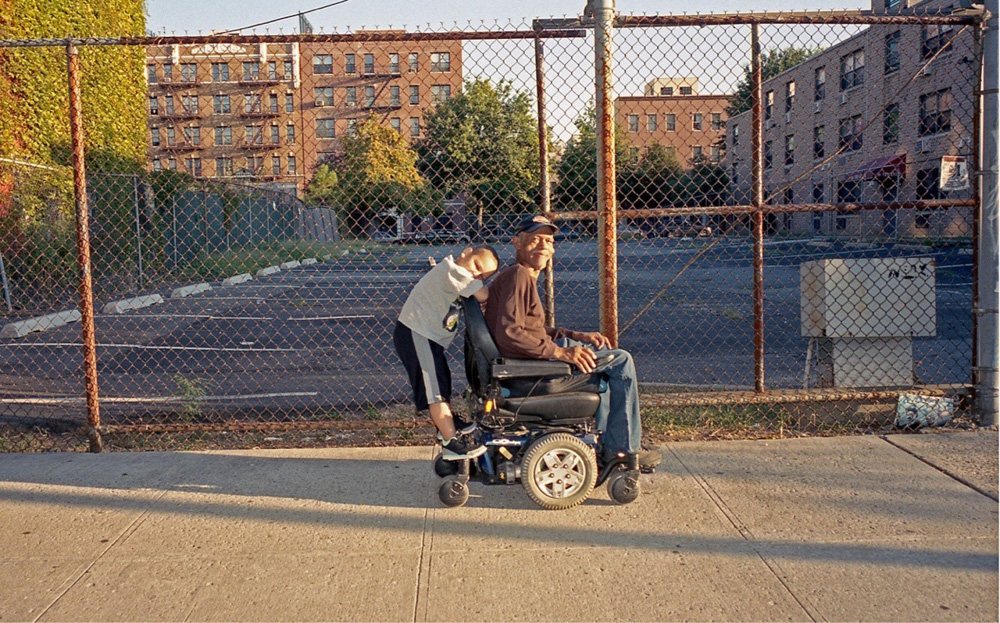 It’s a pretty wild and potentially invasive approach that comes with its fair share of danger, especially in New York. “I’ve had a knife pulled on me once, I’ve been chased… all types of sketchy situations,” says Cartagena. “But I know how to handle myself. The reality is that most people feel more threatened by me than the other way around, so they usually just let me walk away.”

Cartegena simply accepts the potential for danger as part of the job. “I’m sure any street photographer can tell you stories of having close calls,” he reasons. 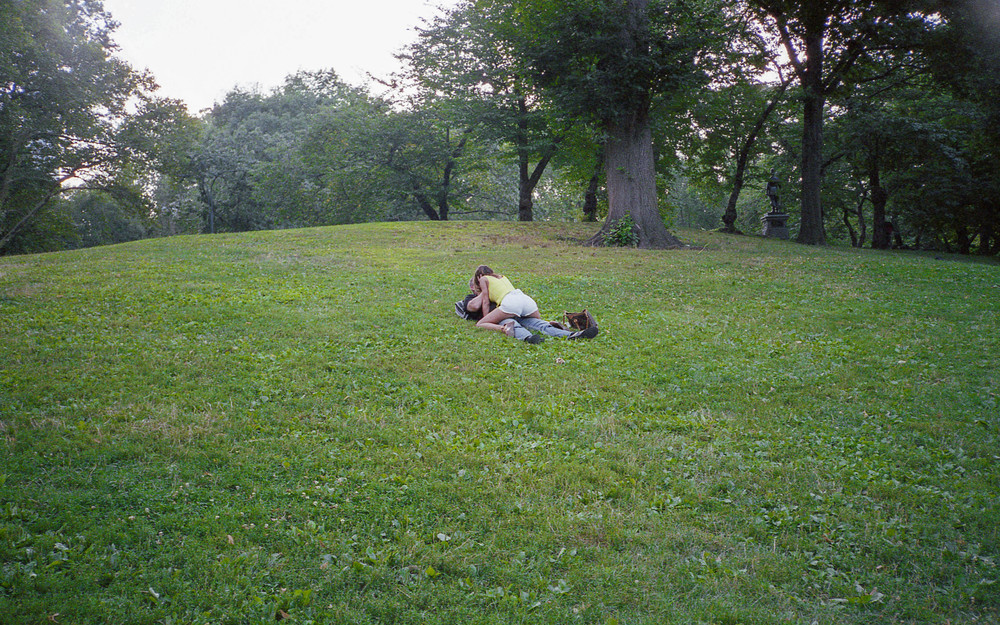 When it comes to Cartagena’s photos, perhaps the most intriguing thing to me is whether he has any relationship with the people he photographs on the street. It seems that he has a knack for discovering and documenting really poignant, intimate moments that are happening in the public eye, but which a lot of people would instinctually ignore or turn away from. Whether it’s a couple sharing an intimate moment, a homeless person sleeping on a park bench or a pair of security guards playing ‘Scissors, Paper, Rock’, his photos are incredibly candid, with a voyeuristic quality to them. This makes me pose the question whether he asks permission or talks to his subjects at any time throughout the process.

“I don’t ask for permission and rarely ever speak to the people in my photos,” says Cartagena. “I like to keep some sense of mystery between us. There’s mostly an unspoken form of communicating that goes on.” 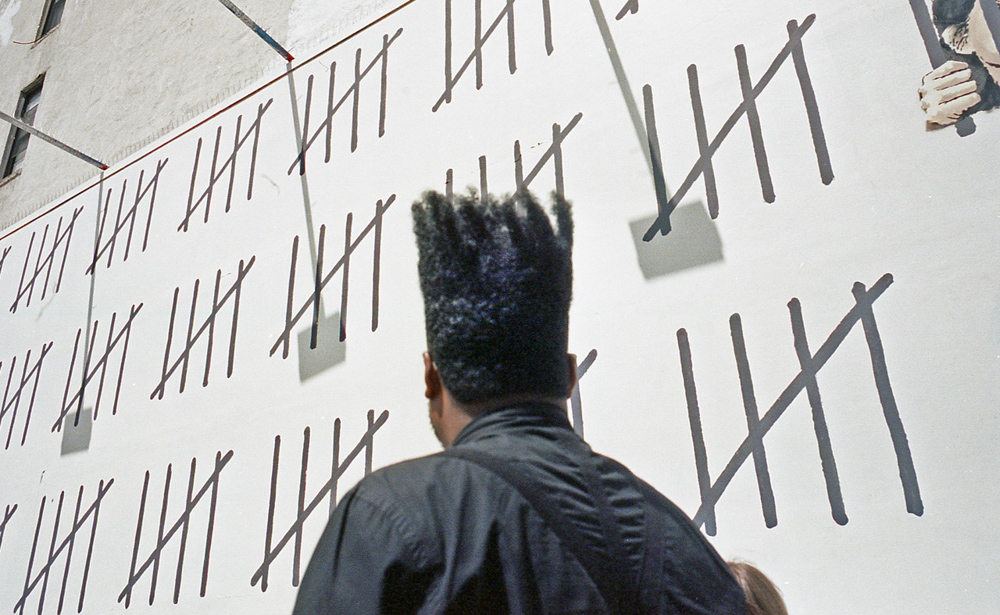 Cartagena seems comfortable with things being left unsaid. For example, while street photographers will often provide long captions explaining their creative process, the camera gear they use or the context of the images they publish, Cartegena’s website and Instagram posts are completely devoid of captions, tags or hashtags. This isn’t a case of laziness or technical ineptitude—he says he understands why artists use these tools for better visibility and searchability—but he doesn’t like the way it looks. “I prefer to let a photo speak for itself,” he says. 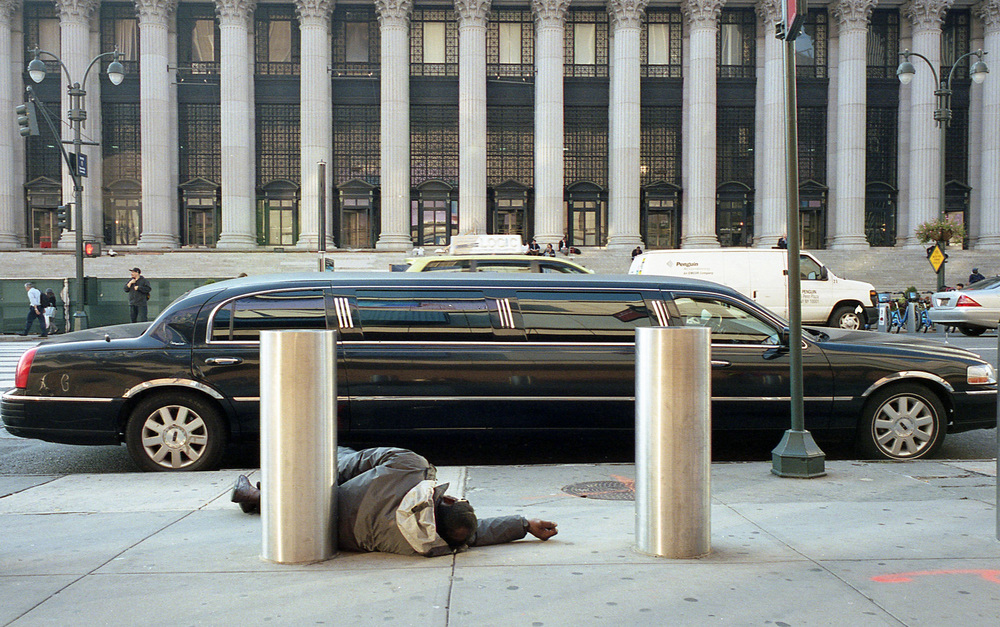 This puts the onus on the viewer to interpret the photo as they wish. To me, there’s a social commentary element to Cartagena’s photography. His shtick is hyperrealism, which, in New York, includes the visible oppression of homeless people, conflicts with police and juxtapositions of class. I think his images serve to stoke a sense of empathy in the viewer. But Cartagena’s refusal to provide context is a sort of a Rorschach test—those who tend to empathise with the oppressed will feel empathy, while others might feel pity, intrusion or disgust. Maybe he’s attempting to reveal as much about the viewer as the people in his photos.

On the question of social commentary, Cartagena doesn’t offer a lot of analysis. “That’s all I want for my work: to be touching and emotional,” he says vaguely. “Otherwise, what’s the point?” 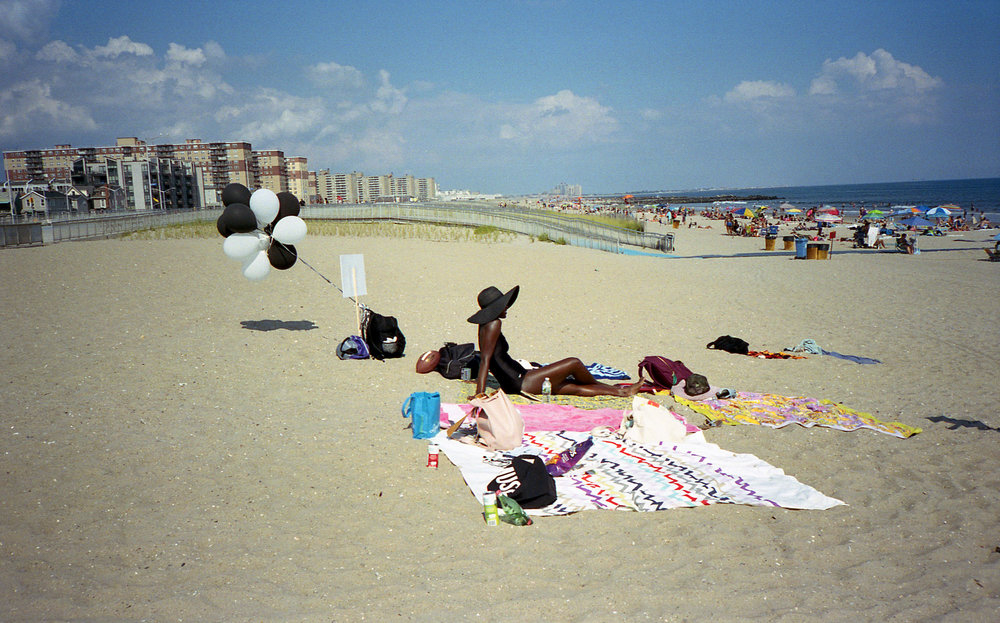 While he’s not here to explain his art, he seems happy to talk about the experiences he’s had while making it. Sure, there have been a few scary moments, but the streets offer a lot of spontaneity and positivity too. “What stands out to me, mostly, are the really cool people I come across out here every day,” says Cartagena.

Last month, while he was in San Francisco shooting some photos on the street, a man walked up to him, looked him straight in the eye and said, “God bless the artist.”

“Yeah,” says Cartagena, “the man may be as crazy as the day is long, but I took it as a sign that I’m on the right path.” 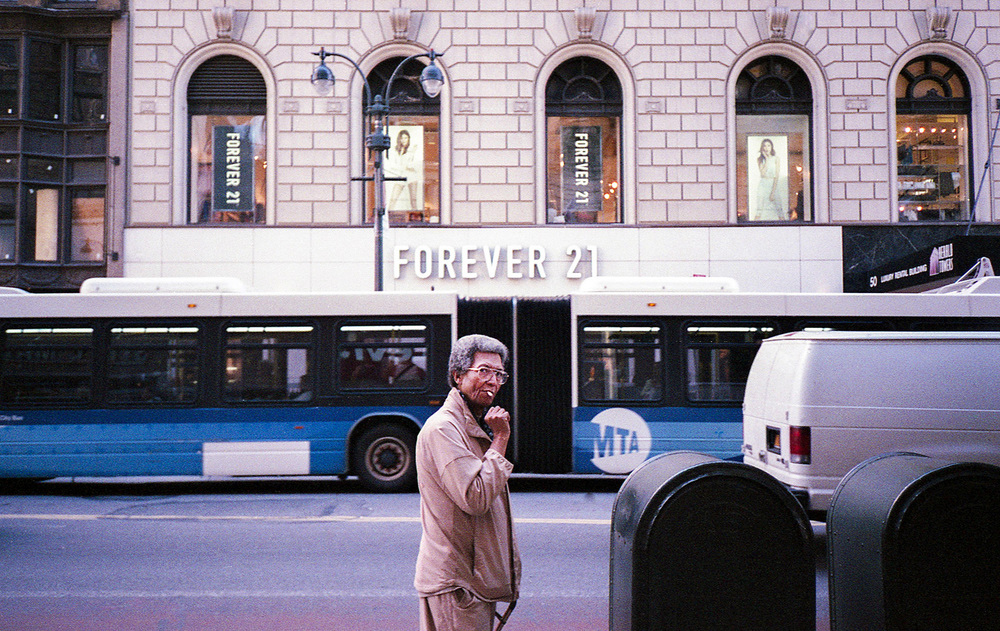 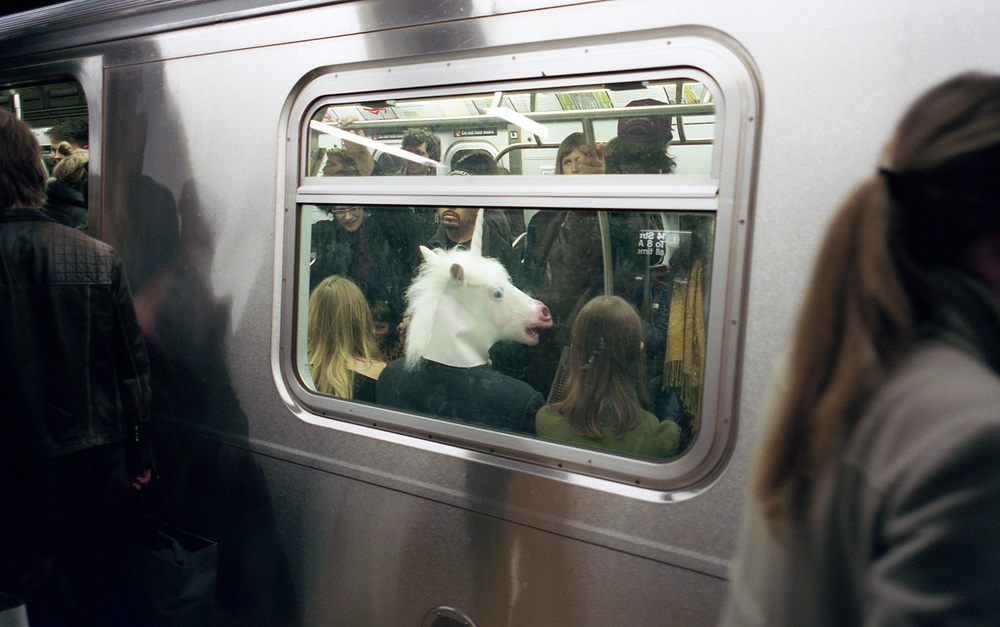 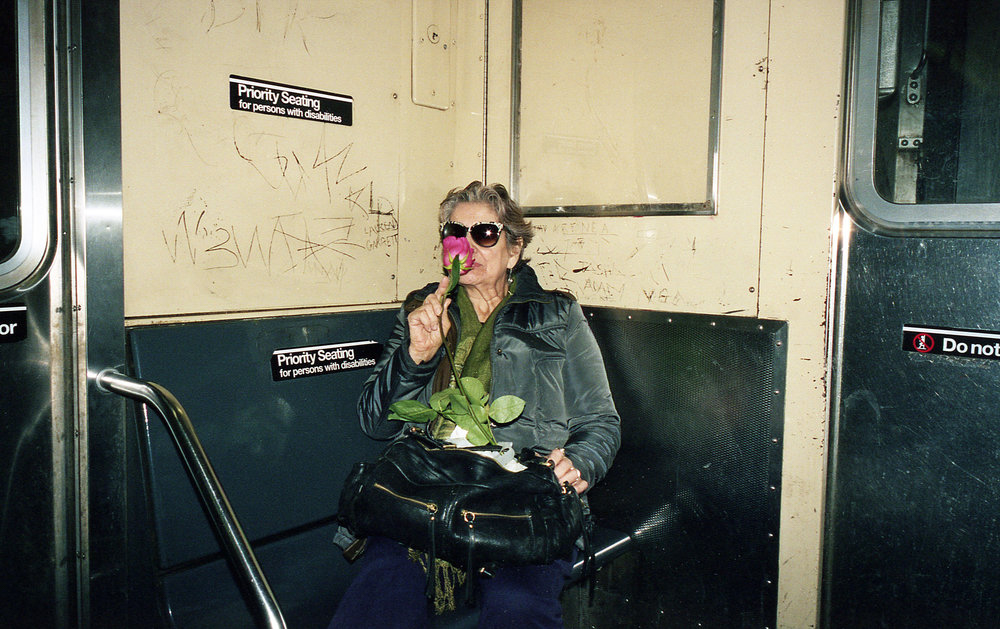 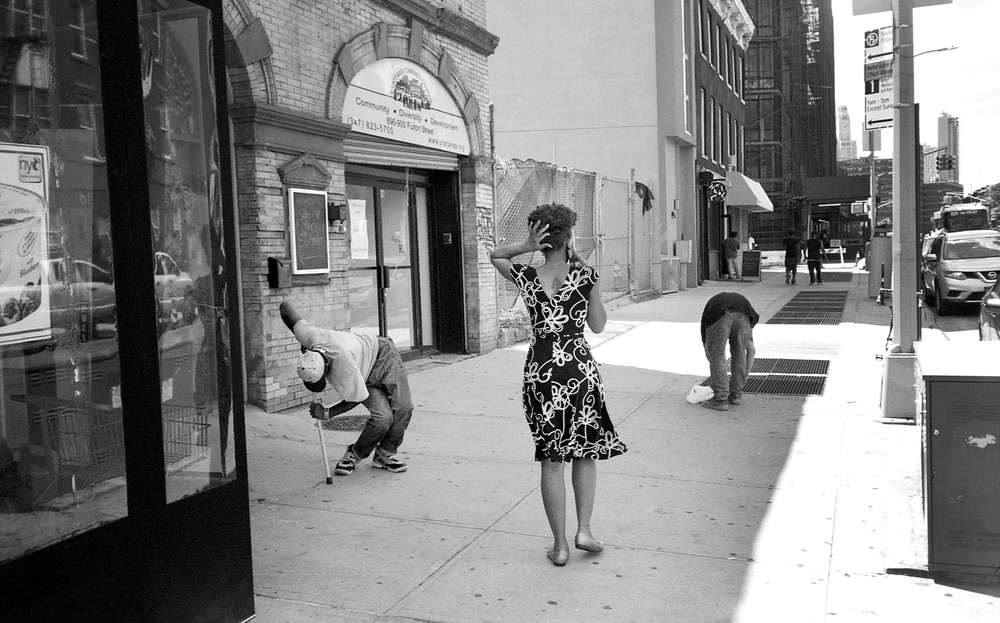 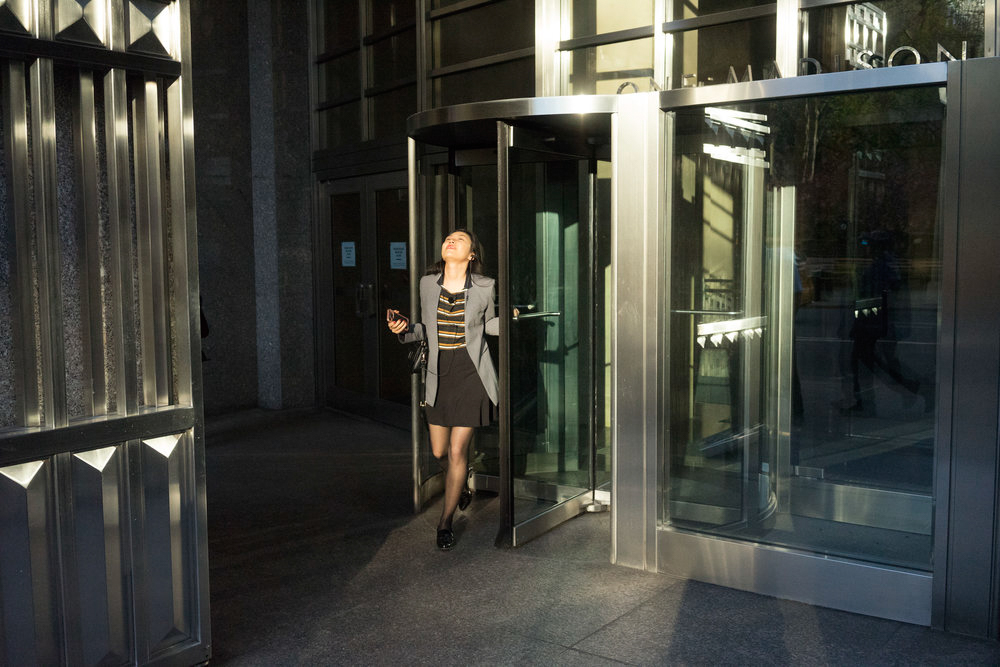 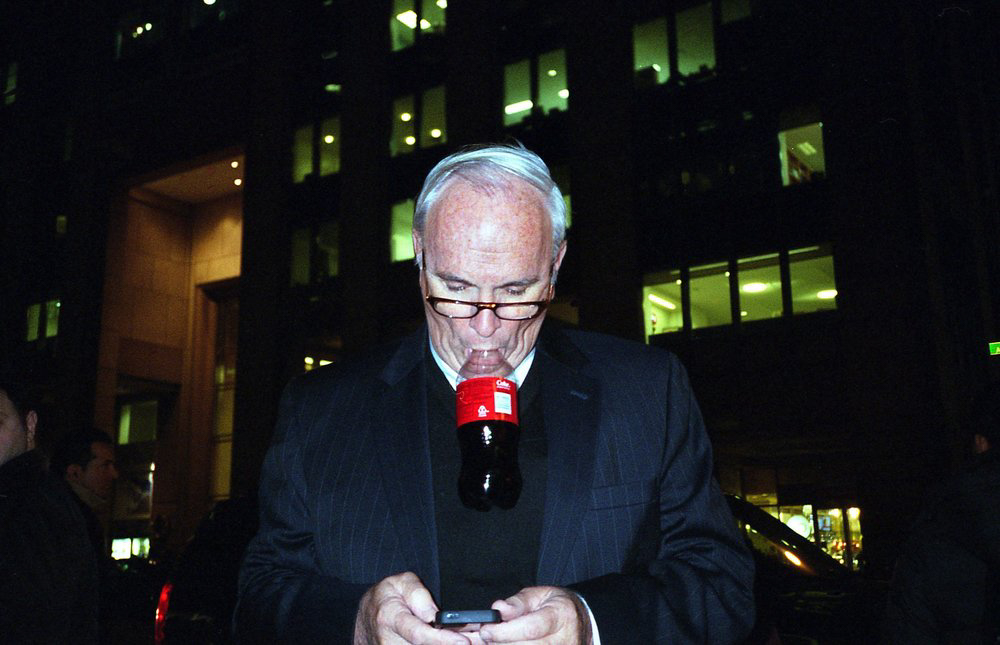 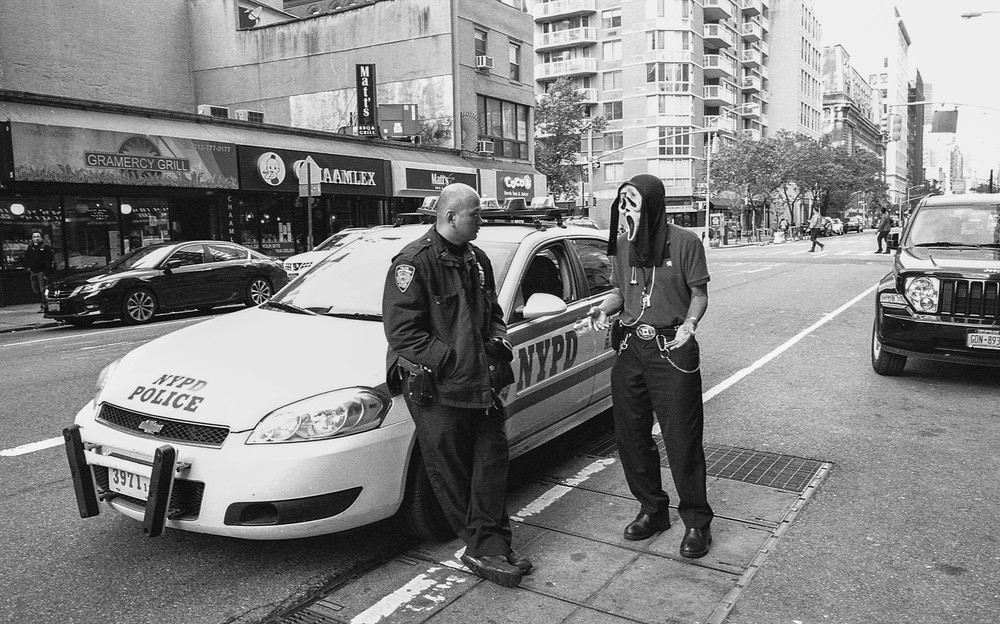 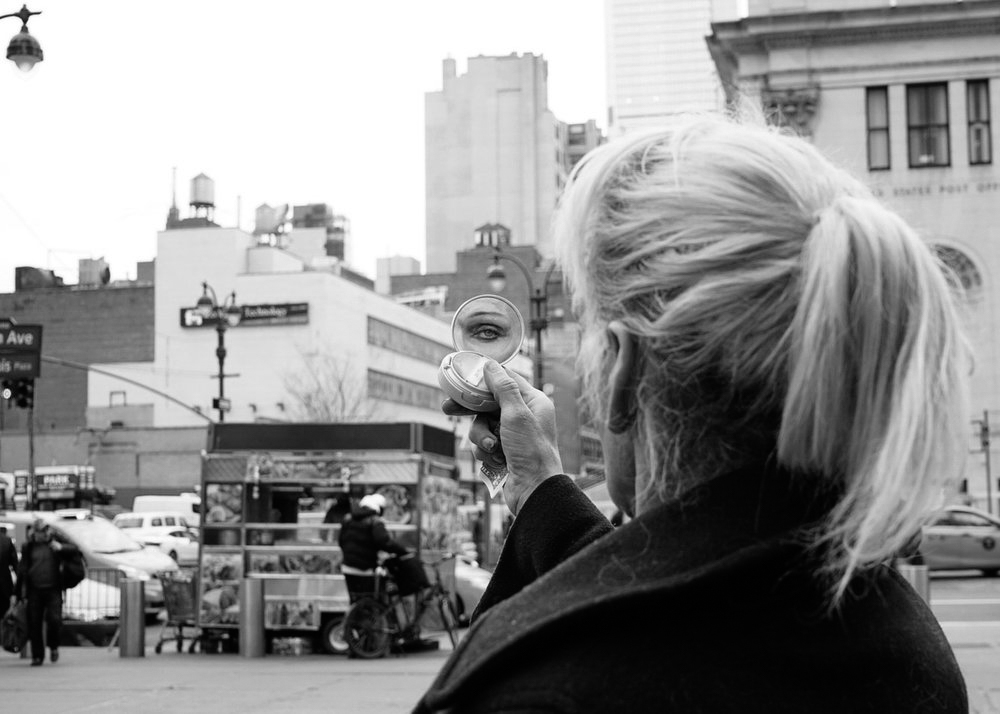 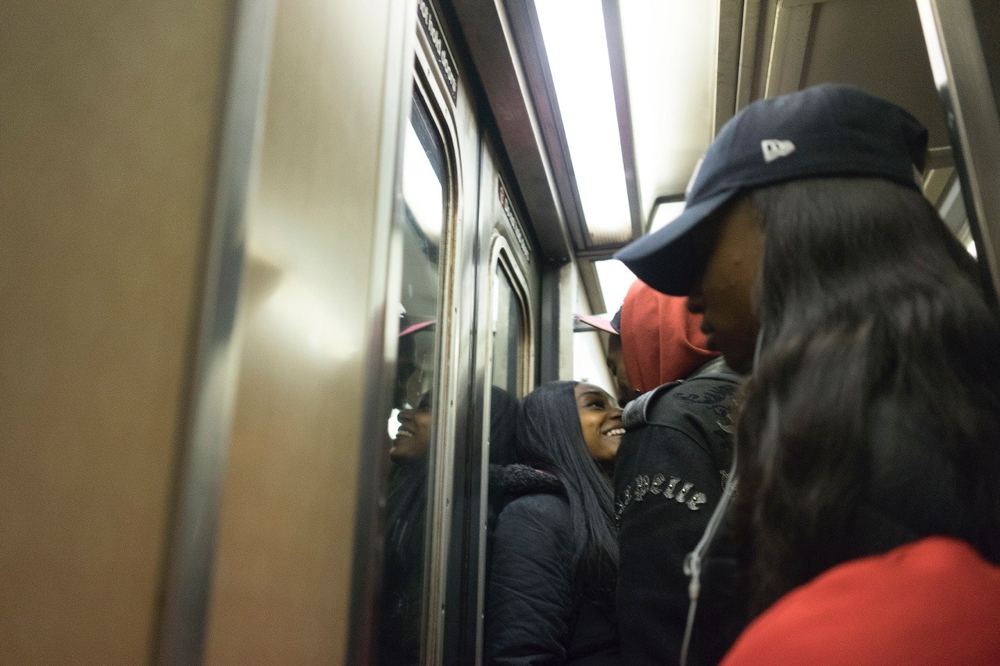 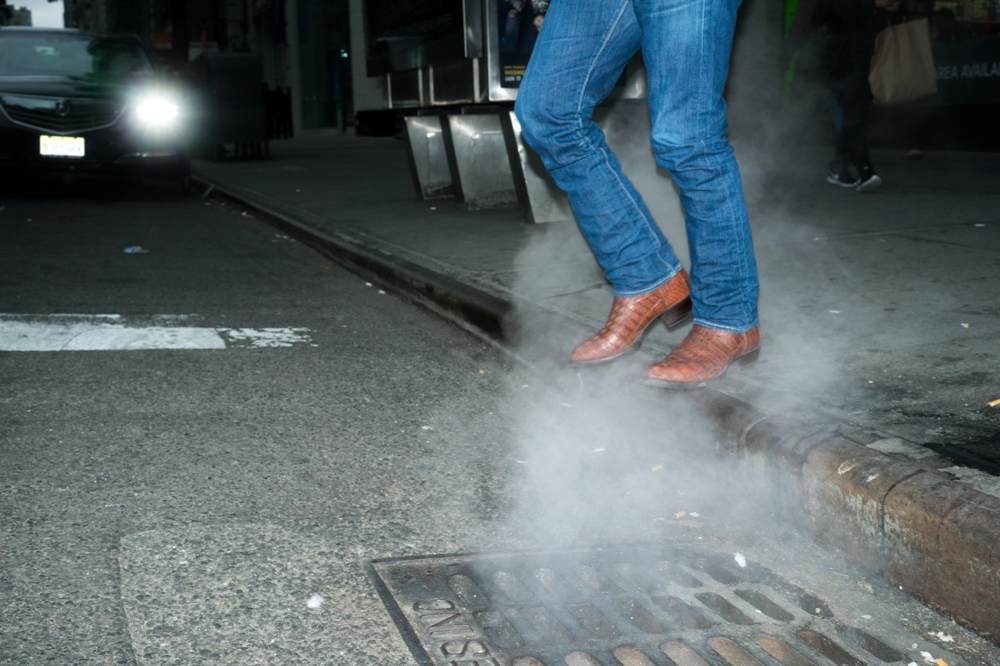 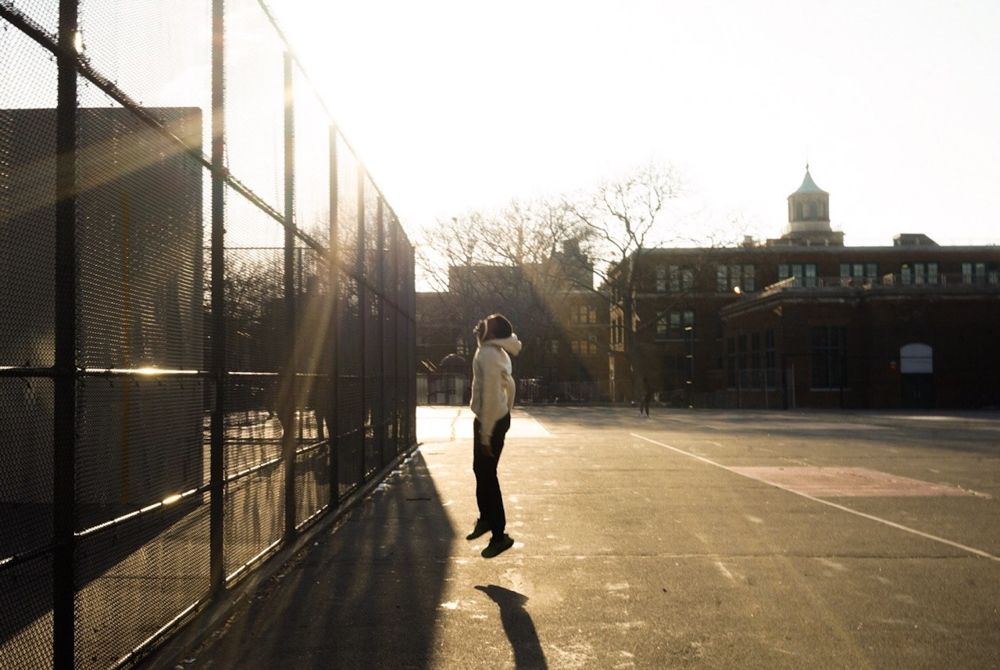 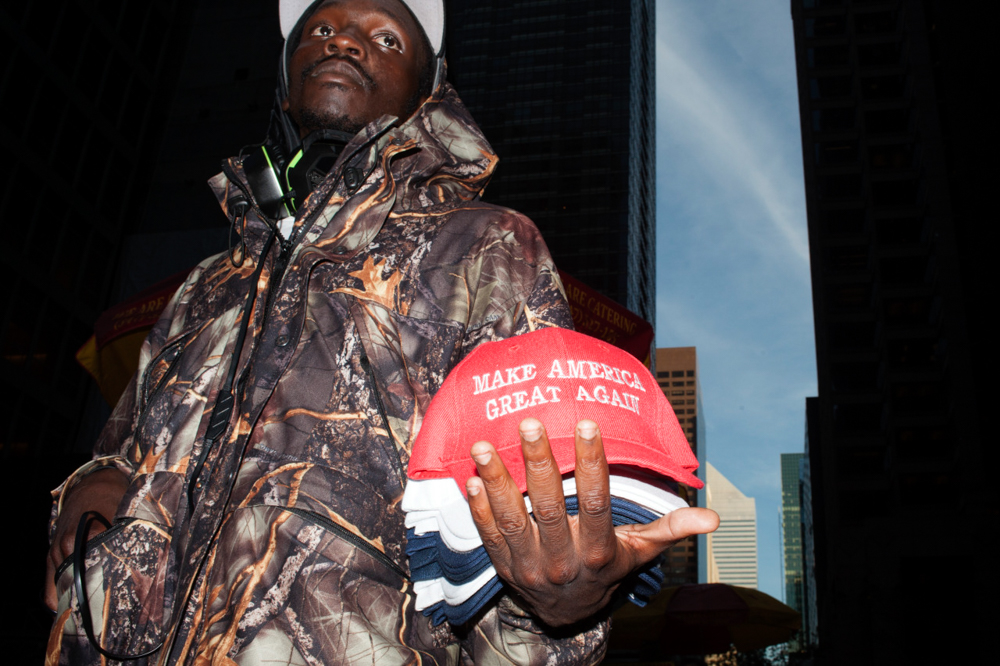 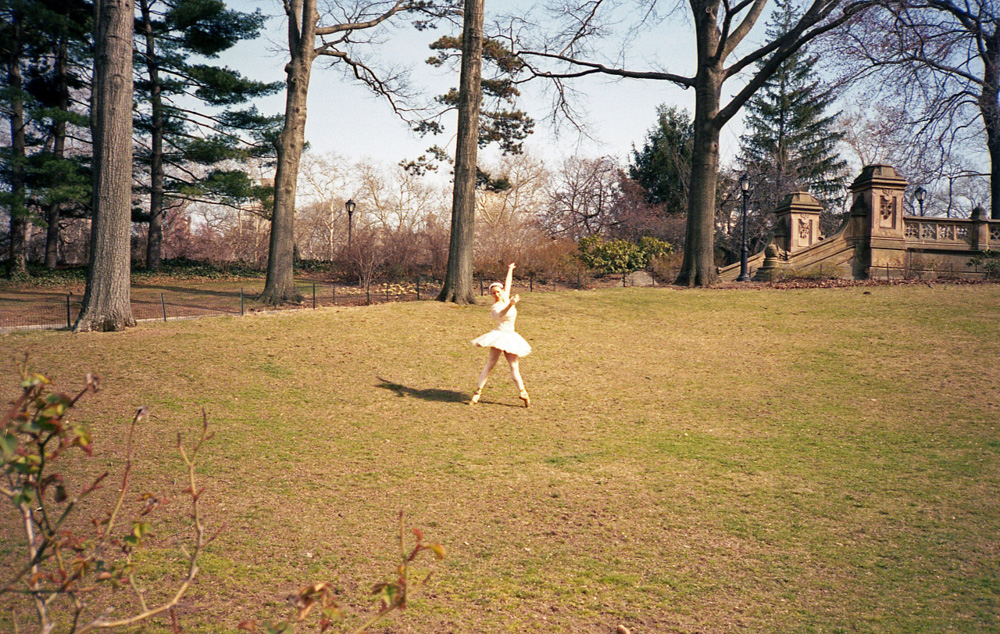 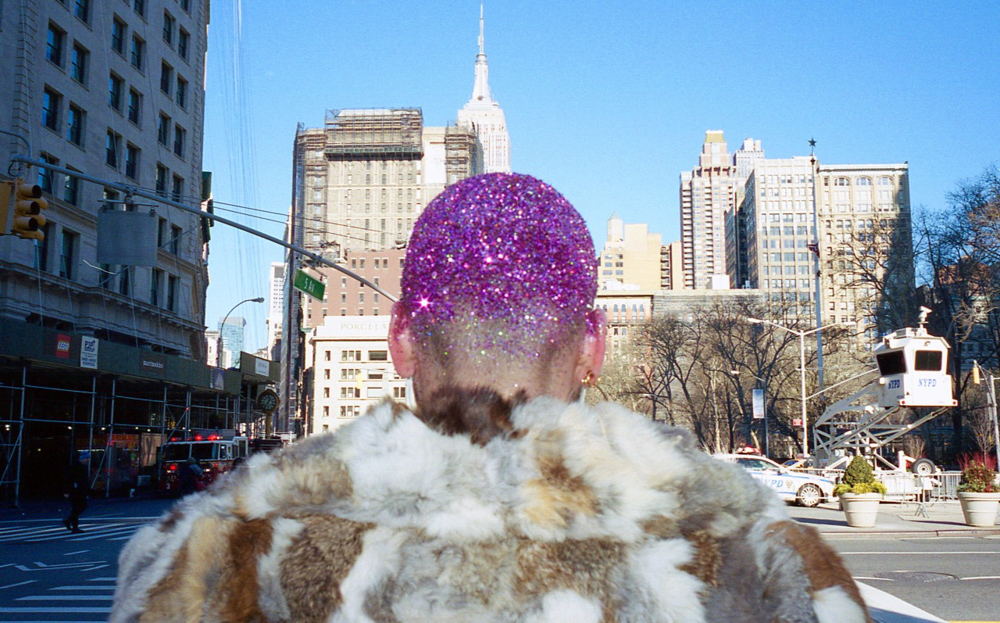 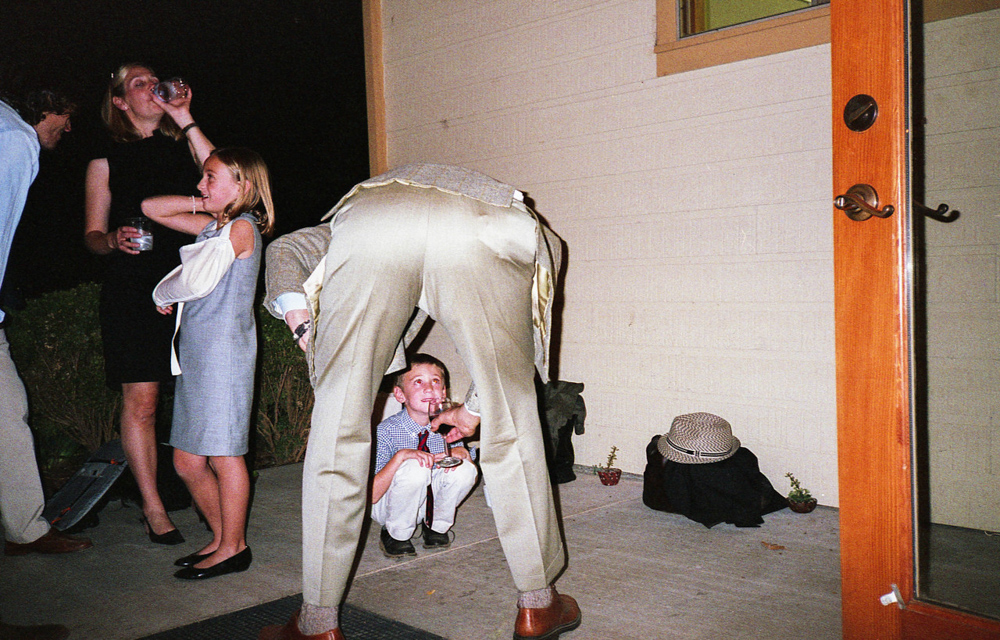