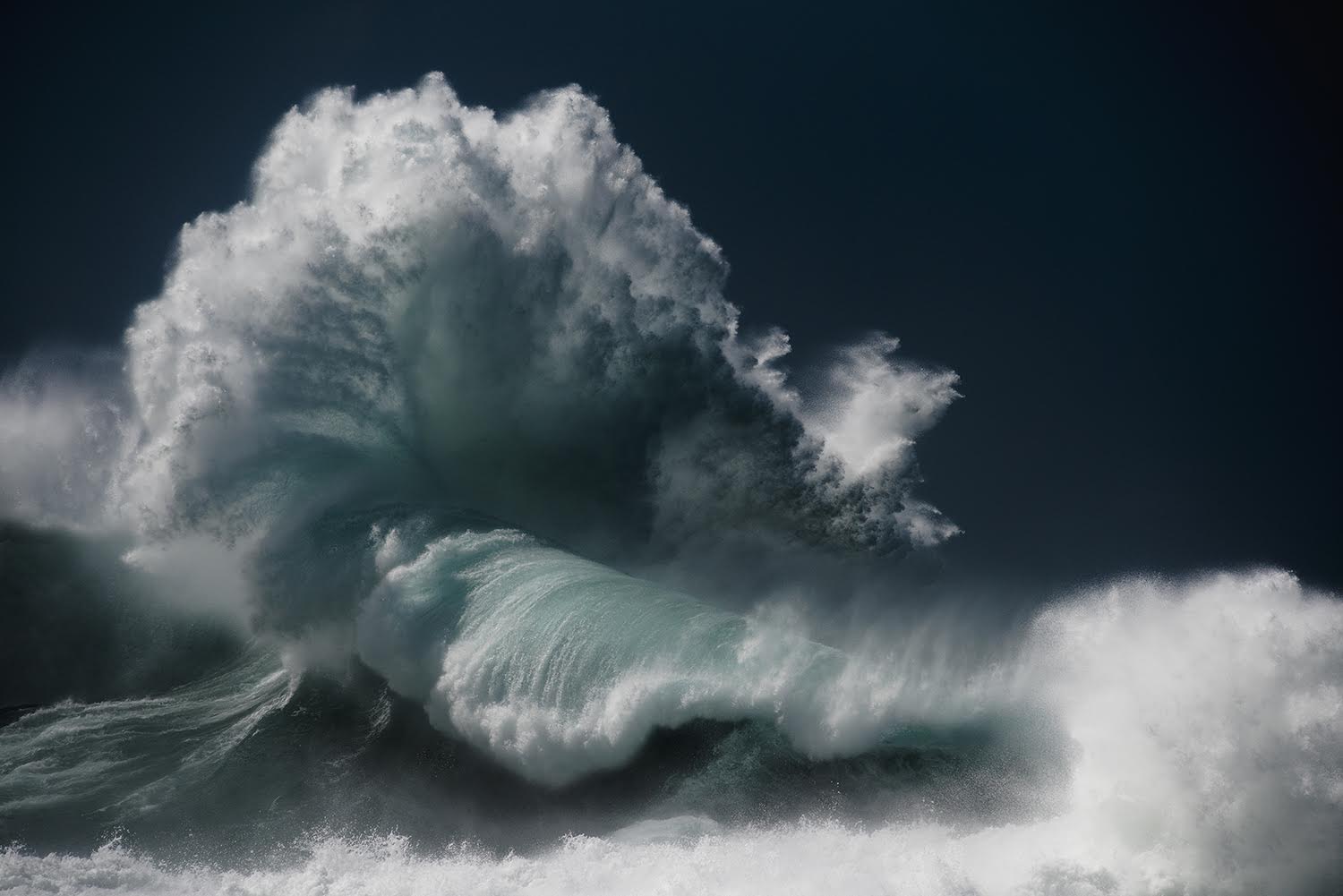 If, like us, you’ve long been fascinated by violent oceans, lighthouses, and tales of ships that never returned, then these’ll be just what you need to take a break from the monotony of cubicle life. Luke’s having a solo exhibition called Maelstrom as a part of the Head On Photo Festival at the Michael Reid gallery in Sydney from the 4th-28th May. We dialled Luke up to get the stories behind these incredible photos. 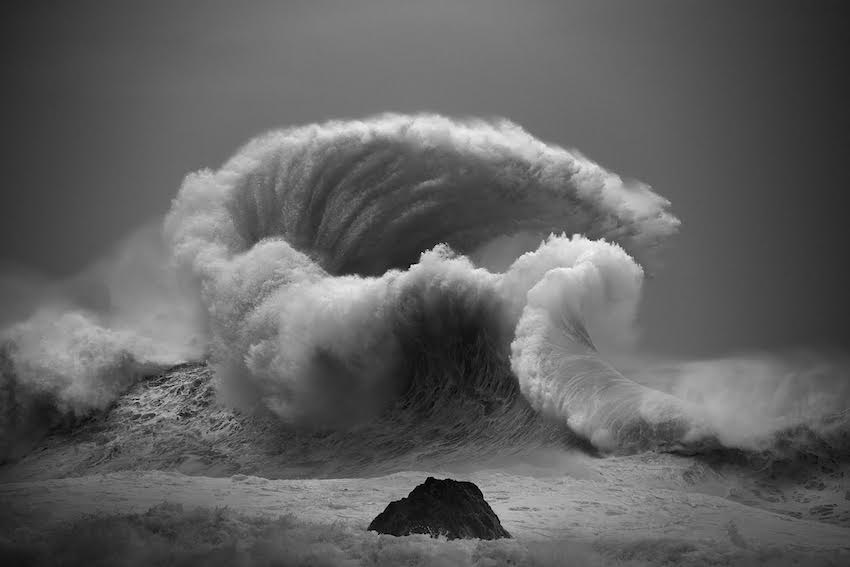 “I’d just taken a quick lunch break when the set that created this confusing formation rolled in,” says Luke. “I saw it peaking out on the horizon and mid-bite, leapt over a bunch of dubious looking rocks to get back to my camera. With so much activity in the area and spray flying about everywhere, focusing was a bit of a bastard, and I had little time to make sure everything was dialled in before firing off a few frames. It’s definitely one of the more chaotic things I’ve seen happen in the ocean. After being mesmerised for a few moments, I took a look at the back of my camera and breathed sigh of relief, having managed to focus and frame in time to document this violent act.” 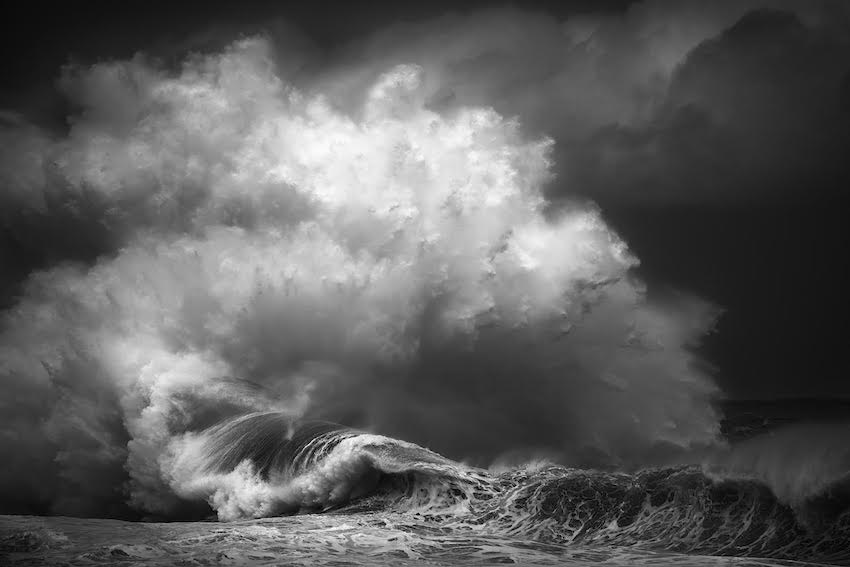 “The major concept behind the series is the idea of the duality of nature,” explains Luke in regard to the image above. “Creation and destruction in a single act. Beauty in the chaos. The intrinsic relationship between physical and human nature. Using these cycles of physical nature as the visual representation, Maelstrom encourages the viewer to reflect upon our own naivety and place as a species within the greater natural balance of power.” 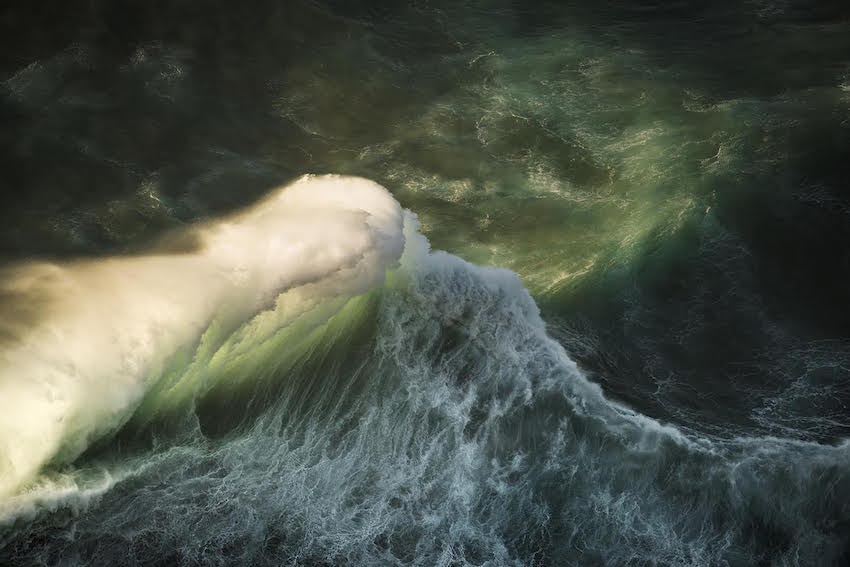 “Shooting from this angle makes the waves look even more abstract than they already are.” Luke Continues. “I say waves, but really it’s more like the ocean throwing up on itself. I like the idea that the audience has to participate in the image to understand it, it’s something that will keep you guessing as to how it all came about. Even witnessing them first hand was a confusing time.” 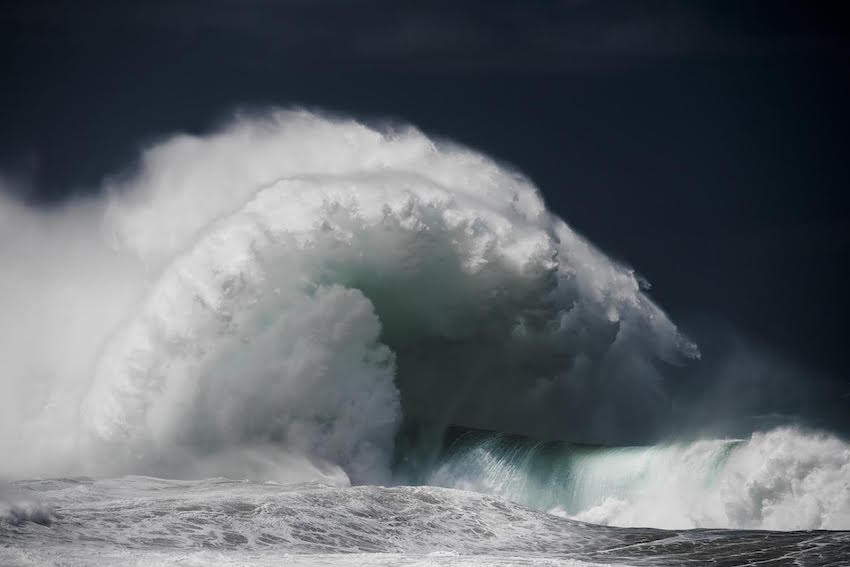 “It’s hard to offer a sense of scale with such abstract forms and I wanted to keep each scene as simple and stripped back as possible,” says Luke of the shot above, “but to give some context of size, the wave at the bottom quarter of this frame is around 10-15ft. Having two waves of this size crashing into each other creates the sort of maniacal flares that you see happening and realistically, I would say the top of this one is anywhere from 50-100ft high. I’d initially toyed with the idea of trying to shoot from out in the water, but to put a person anywhere near these waves, it would just rip you apart. I did attempt it on smaller days (much, much smaller days) and even then it was pretty terrifying.”

For more of Luke’s work track him on the gram here or hit his site here.