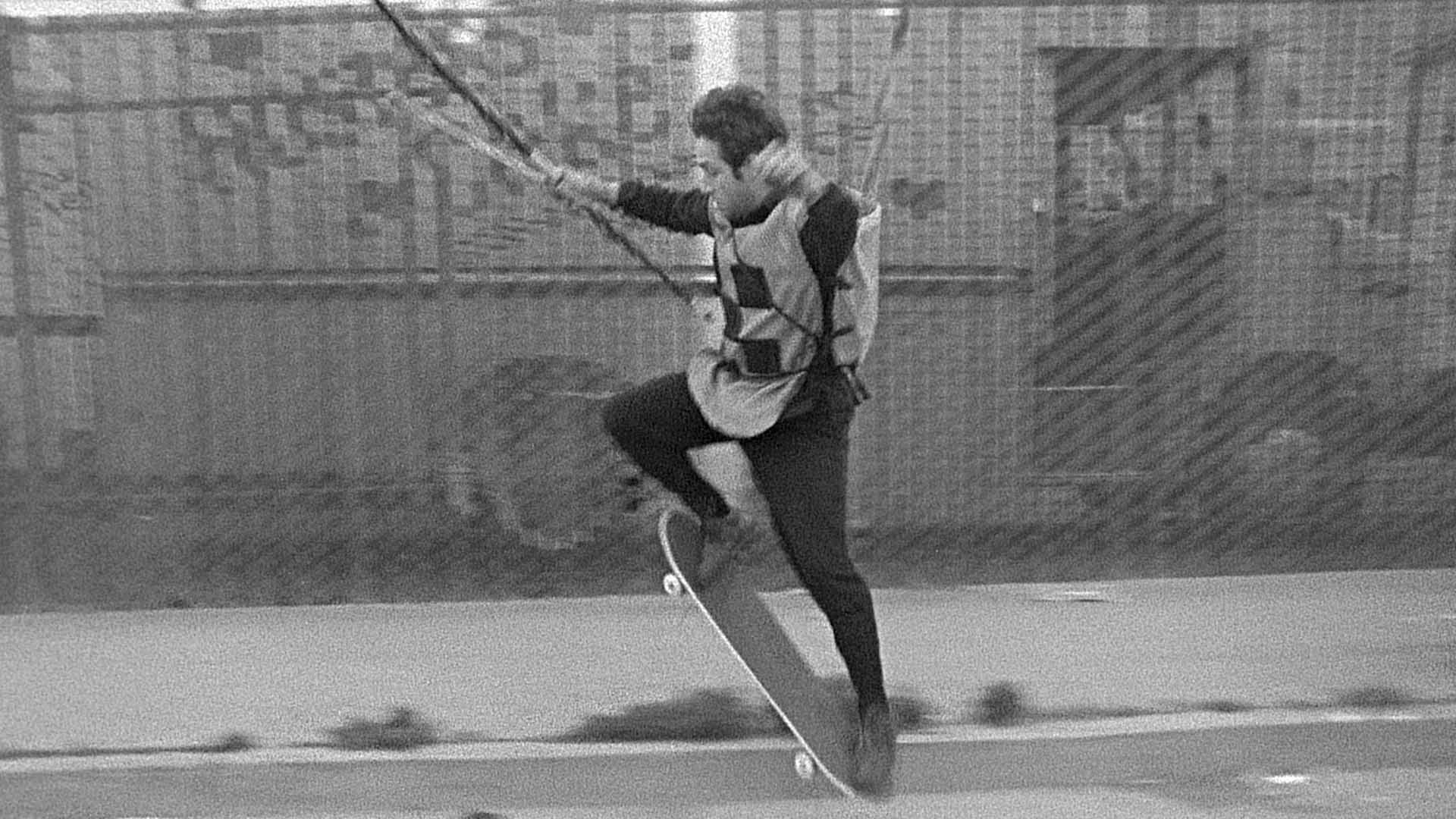 Mark Gonzales was clearing out his storage space recently and came across some 16mm film cans.

They were labelled as belonging to Greg Hunt and eventually put in the mail. When Greg received the package he discovered some long-forgotten footage of Mr. Gonzales skating around San Francisco shooting arrows, originally shot for a short film to accompany an art show. It’s historically invaluable viewing, and you can watch it right now in the new music video for Blktop Project’s ‘In The Moment’ above. Blktop Project is Tommy Guerrero’s band, and their latest pressing, Concrete Jungle, is brilliant. We gave Tommy a call to talk about the new record, the vid, and whether he still bombs the big ones in SF.

And this year’s Concrete Jungle is the second album you guys have put out?

Naw, it’s our third. We put out a kind of compilation album; that was the very first one, and it was just me, Ray and Matt on some of it, and then Chuck joined in. Then the second album, Lane Change, that was us four without Josh–Josh just joined the band. He plays guitar and bass and keys and whatever, he plays everything.

And how did the video for ‘In The Moment’ come about? There’s a pretty crazy story behind the Gonz footage; it was lost for years, right?

Yeah, well I hit up Greg a while ago–I always hit him up when I have a new album out, just to see if he’s interested in piecing something together. Anyway, he was down, and then he came across the footage when Mark had the big clean-out of his storage space; the film was in there.

Yeah. I’m not quite sure of the full story, but Greg got them back, transferred them and put an edit together. And you know, it’s Mark cruising around San Francisco with a fuckin’ bow and arrow. Pretty classic.

It’s so good. And it works great with the music too. Love that song.

Thanks, man. I mean, I find it hard to be objective about stuff like that, so I don’t know.

You described the new album as a ‘free-flow, live-style recording session’ How does that work? You just jam away until you get something good, or….

Well, we had a couple days in my little space, and we just got together and started sketching out some ideas. Once we figured we had six to eight ideas we brought it upstairs to my friend’s recording studio.

The thing is, we had very limited time to record, we had limited funds, and we were also limited because of Ray’s schedule and Chuck’s schedule–Chuck lives in Philadelphia. Anyway, so we set everything up in the live room as though we were a band rehearsing, but we mic’d everything, so there’s full-bleed in all of the instruments, which is a nice kind of glue, but it just meant that we needed to be on top of our game a little bit. A lot of is just grooves and being in the moment, so it’s more the emotional content, not the technical. It’s all pretty spontaneous, which is cool because you keep some of that fire, you know?

Yeah. Do you prefer that over the more layered, production-heavy approach to recording?

Well, it’s more out of necessity, the necessity to be creative and create some music, and not having the time to sit in the studio for weeks or months or however long. Everybody lives in different locations, like, me and Josh are in San Francisco, Matt is up in Sacramento, Chucks in Philly, Ray’s down in Long Beach… Getting together is actually almost impossible. Just getting that recording session to happen, the scheduling was pretty challenging.

Having said that, I do prefer some spontaneity because the more you play something the more it becomes written in stone, the less flexibility it has, the less movement it has. It becomes predictable. I’m not that kind of musician. I never write before I go into the studio. So what you hear is what I’ve written on the spot. For the most part it’s pretty raw and pretty loose.

Have you been a musician as long as you’ve been a skater?

Yeah, I started playing when I was about twelve or thirteen. Me and my brother (Tony) grew up playing in punk bands, and also Bryce Kanights, we were in bands early on. Around ’78 we got turned onto the punk scene, and by 1980 we had several bands. Our last gig (as Free Beer) was in ’84, and that was with Angry Samoans and Suicidal Tendencies.

But we were fortunate to play with some of the great bands that came through San Francisco and the Bay area back then.

Well, we played with Bad Brains in ’82, when they first came out here; and we didn’t even know who they were.

Yeah, they blew away fuckin’ everyone. And we played with FEAR at the Elite Club, which is actually the old Fillmore.

We played with D.O.A. and Circle Jerks, tons of early punk bands that came through town. So, anyway, I was informed by the DIY movement in punk for sure.

Cool. Last question: are you still bombing hills around SF?

Not that often. My studio is in the city and Deluxe is in the city, but I live outside the city now, so mainly I just go to the skatepark; there’s one super close, Berkley is like five minutes from me, and then in Alameda where my son lives, he goes to that park. We go to the parks. But every now and then I’ll hit the hills.

For more from Greg Hunt and Gonz, grab yourself a copy of the MC Annual, right here.