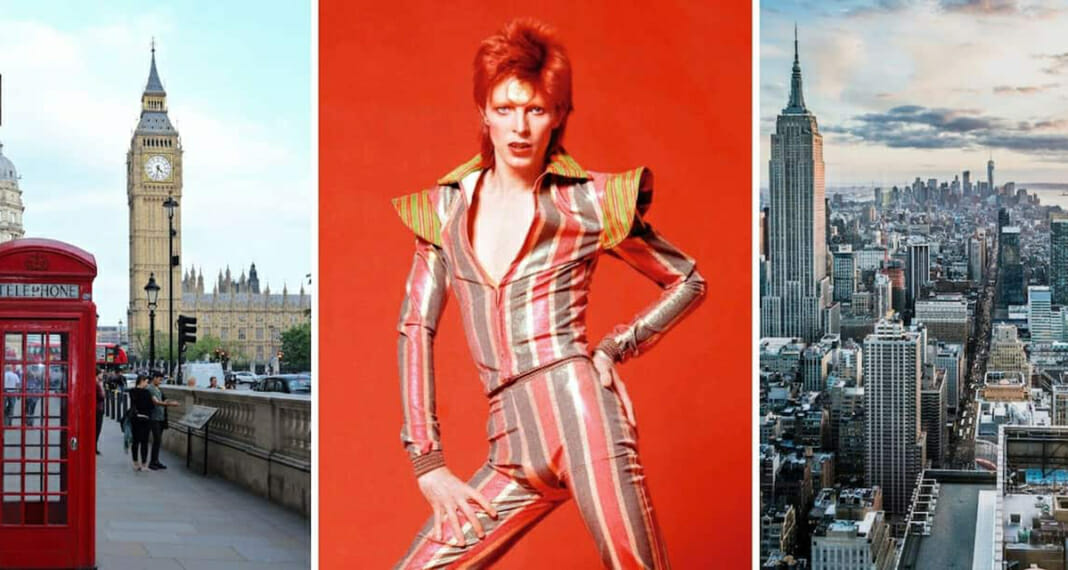 Don’t get me started on Bowie.

Great. You got me started. Here’s the thing—and once I tell you this, you won’t be able to forget it—everything started t suck right after Bowie died, or at least the bullshit started ramping up. Bowie passed away on January 10, 2016. Trump was sworn in on January 21… The following year. But still, doesn’t it seem like everything sucked a bit more after David Bowie left us? I’m not saying he was some sort of guardian angel for humanity, but you can’t deny shit was better when he was around. He was like a spiritual security guard: as long as David was alive and releasing albums (regardless of whether you listen to them) all was good, or as good as can be. But now he’s gone and we’ve had Trump, fires, floods, and pestilence up the butt ever since. Anyway, food for thought.

Opening today (October 25, 2021) and running through late January 2022, two Bowie 75 pop-ups will be running: one at 14 Heddon Street, London (where the album cover for Ziggy Stardust was shot) and another 150 Wooster Street New York (no significance other than he sorta lived around the corner). The pop-ups will offer an immersive, career-spanning deep dive into the sound and vision of David Bowie, and will include immersive audio and HD video screening rooms with music in 360 Reality Audio (no idea, but sounds immersive), hours of incredible video content including previously unseen behind-the-scenes stuff, a gift shop (duh), photography and installations documenting Bowie’s many iconic eras and personas, special guest events (to be announced), and a whole bunch of other cool stuff. It looks good, so I hope you like lining up for stuff. bowie75.com