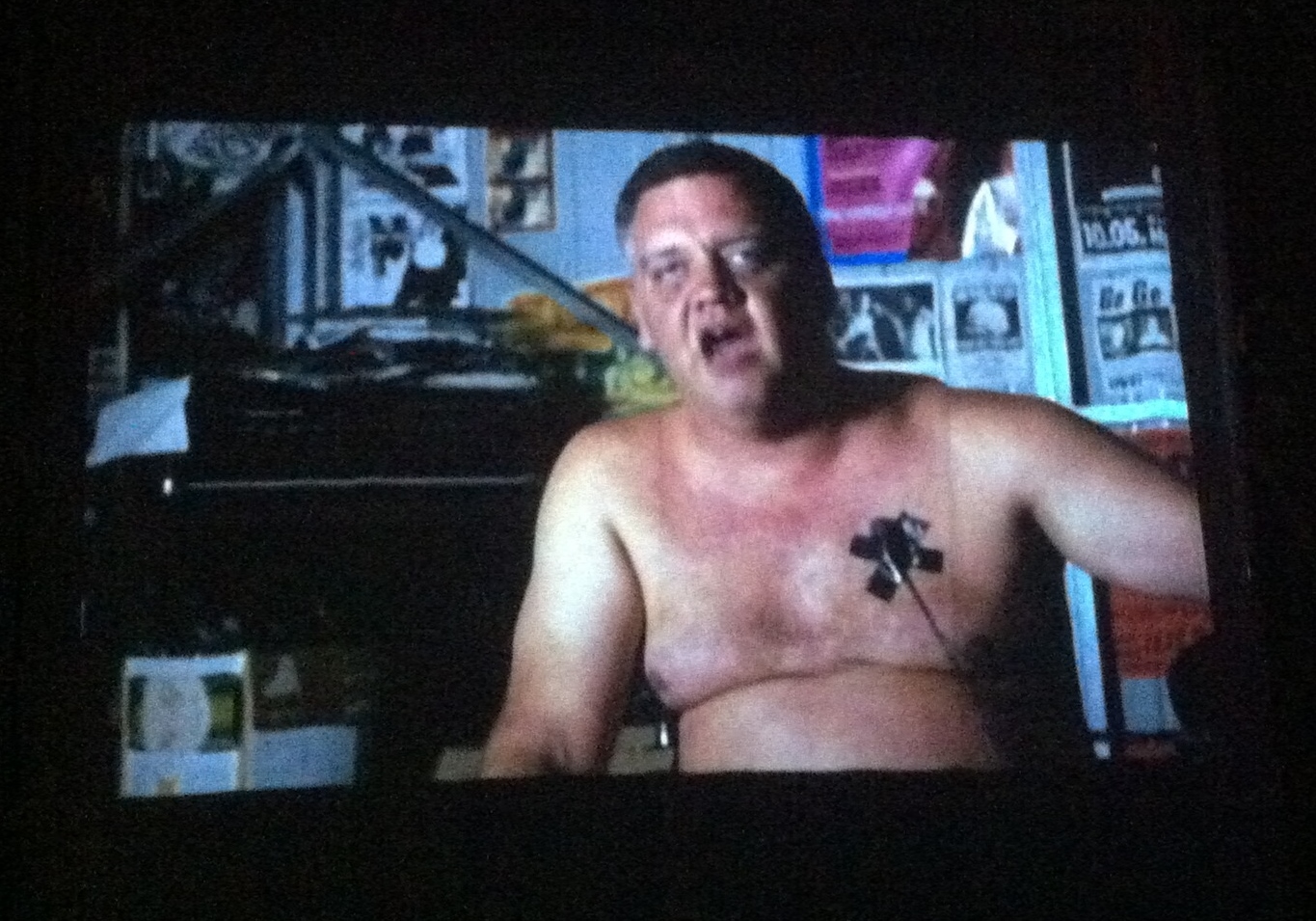 “IT DOESN’T MATTER WHAT SONG YOU REQUEST, THEY ALL SOUND THE SAME”

That’s what Ross Knight, lead singer and bassist of Australian punk band Cosmic Psychos, told the crowd four songs deep into their set at The Echo in Los Angeles on Friday night. You’ve got to admire that kind of honesty.

To celebrate the release of Matt Weston’s Cosmic Psychos documentary, Blokes You Can Trust, The Echo hosted a screening of the film followed by a performance by the psychos themselves. With a film this funny, with characters this huge, it’s near impossible to do it justice in a recap. Everything you want to say about them they have already said, and in a funnier way. There wasn’t a side unsplit in the packed audience by the end of the film. The lives the various members of the band have led are so full, so wild and at times so utterly strange that you almost forget your watching a true story and not some Hollywood scripted comedy. Vocalist Ross Knight is a farmer-turned-frontman-turned-competitive-weightlifter who once dabbled in the New York S&M scene. As Weston said himself, “You can’t write this shit.” Which sounds like a cliché until you see this movie and then you say, “You can’t write this shit.”

Also, yes, the image above that I took with my phone is a scene from the film where guitarist John McKeering is mic’d up with electrical tape on his bare chest because he doesn’t want to wear a shirt. No clothes? No worries.

Once the film wrapped up, the guys took to the stage and slammed through a set of 30 years of their finest yob rock. What songs did they play? What did the singer say in between songs? How did the audience react? It doesn’t matter. Below are real lyrics to a real song  they played, and I was there to witness it. They literally wrote my review for me.

Nice day to go the pub.