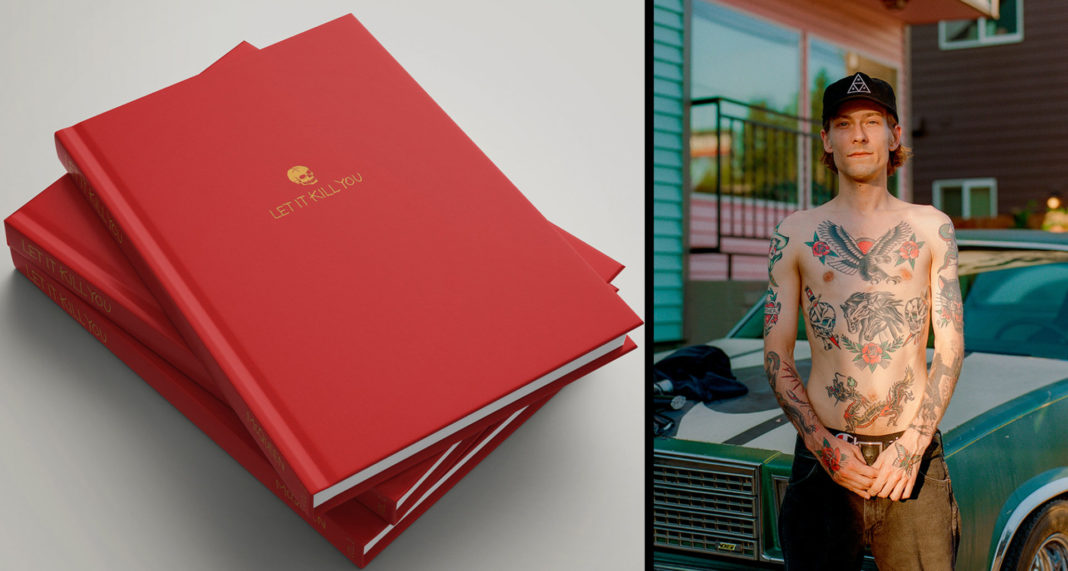 Ben McQueen is a tattooer and skateboarder in San Francisco, and he’s currently wrapping up the first volume of a book series called Let it Kill You.

Let it Kill You takes a look at the overlap between tattooing and skateboarding, and Vol. 1 features over 250 pages of interviews, artwork, tattoos, and skate photos with Jamie Thomas, Nathan Kostechko, Andrew Allen, Chad Koeplinger, Cheyenne Sawyer, Tyler Bledsoe, Eric Dressen, and Jano Navarrete. It doesn’t come out until October, but Ben agreed to share a few pics and answer a few questions about this awesome project.

Elevator pitch: what is Let it Kill You?

Let It Kill You is a way to marry the two most important parts of my life: skateboarding and tattooing. It’s been in the back of my mind for years. I started considering it more seriously during the pandemic and it led me to the idea for this book. There’s always been this bond between skateboarding and tattooing, the overlaps and parallels are unlike anything I’ve ever experienced. We’ve brought together eight of the best skateboarders and tattooers to share their experiences in skateboarding, tattooing, and how it has shaped their lives. The interviews are special and really raw. 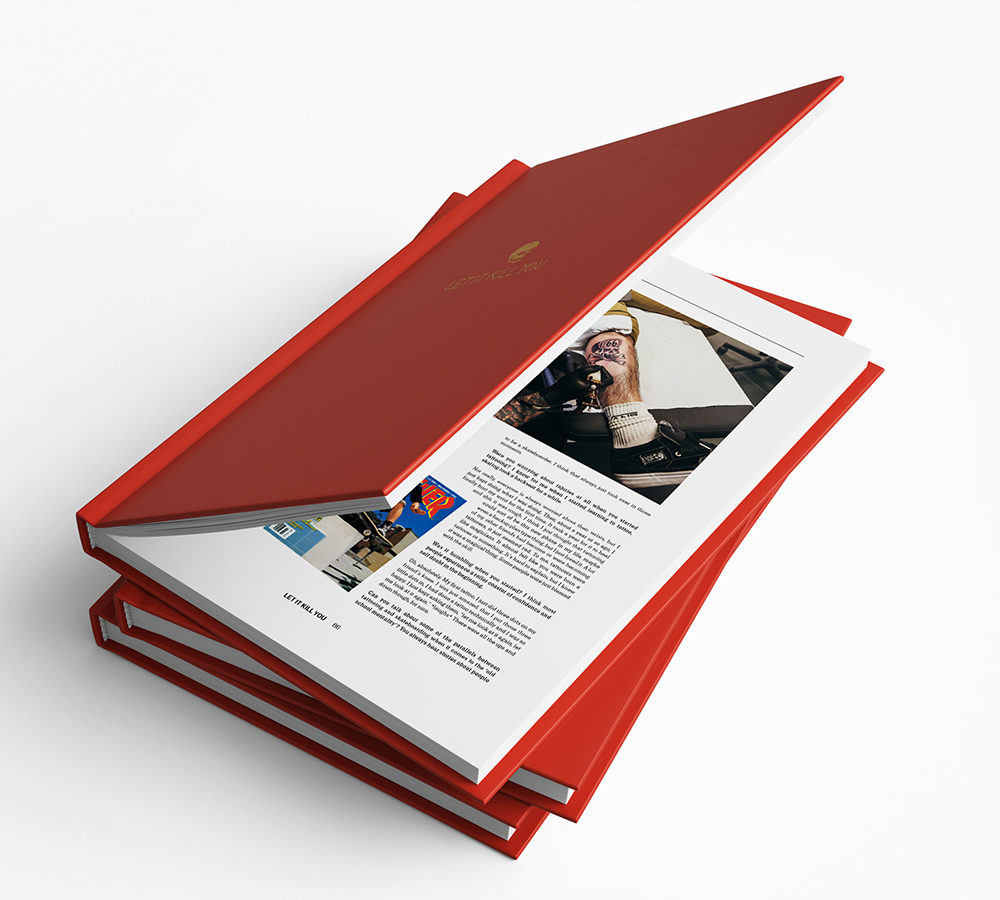 How did you get the ball rolling?

It began with me cold calling the people that I wanted to be involved. Most of them I didn’t know personally, but there were a few that I’d met. People started responding and sounding super stoked, and I realized I had something special. As the responses rolled in, I made a plan to do the interviews. It was still during the pandemic, but I was set on traveling to do them in person. I just wanted a real back and forth conversation to come through during the interviews, I didn’t want them to be too rigid or stiff. I brought one of my best friends with me, Brandon Burdine, who is an incredible photographer, and he took the photos and shot some super 8 footage of the first couple of interviews, and we started forming more of a plan.

I grew up on the west side of Indianapolis and started skateboarding when I was 11. Riding my skateboard was the only time I truly felt happy during my teenage years. I started working at a local skate shop when I was maybe 14. There was an indoor park in the back of the shop where I grew up skating. I moved to Chicago as soon as I finished high school and ran a skate shop in the basement of an army surplus store in the Wrigleyville area for a while until I got an apprenticeship tattooing. I started working at the tattoo shop in 2009 and have been tattooing ever since.

How many books are planned for the series? Like, is it forever or just 4, or…?

As of now, we have a lot of incredible interviews lined up. We’re going to keep going with this series as long as we feel like we have good content. People have mentioned snowballing this into a podcast, but there’s just something about the longevity of a book. It’s tangible and timeless. Not to mention tattooers love books, and they have always been a crucial part of tattooing and my career. We want this book to read somewhere between a Thrasher-style skate interview and an upscale art book. Andy Eclov, who is the creative director of the book—and another incredible photographer—has totally nailed my vision. We are going to take it as far as we can. Every person we talk with mentions someone else we need to interview, so we are going to keep going as long as it feels natural.

Who’s in this first one? 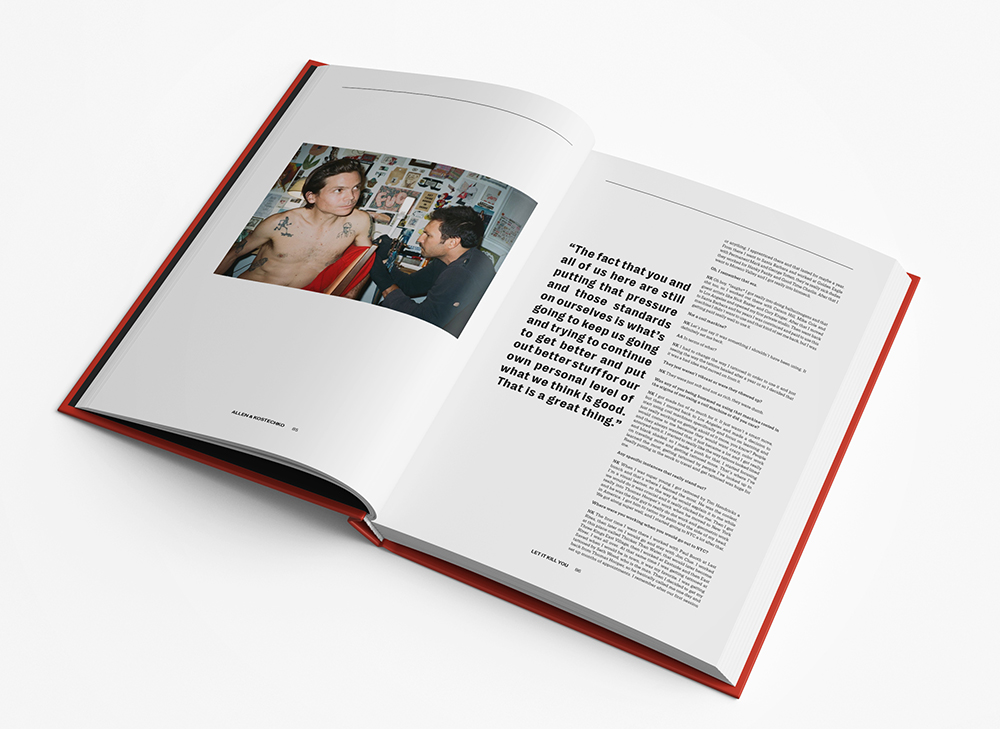 How did you go about getting them into the project?

We are super pumped on the lineup for volume one. I’ve known Cheyenne Sawyer for at least five years. I remember hearing that he grew up skateboarding and skating led him to Portland where he’s built one of the strongest tattoo careers in the game. Cheyenne reached out when I put out a call on Instagram for skateboarders and tattooers that shared those two worlds. The first person that I reached out to was Eric Dressen. I sent him an email to the address attached to his Instagram. I hit send and just kept refreshing my email impatiently hoping he’d write back. He got back to me really quickly and was pumped on the idea. Once I had Eric on board, I felt so much more confident. I hit up Jamie Thomas and mentioned that Eric was involved, and I’m sure that helped legitimize the project for him a bit. After that, it was just more word of mouth and hitting people up. These worlds are small, so it wasn’t too hard.

Have you been tattooed by any of the people featured, and if so, what’d ya get and who did it?

I haven’t been tattooed by any of them, YET. I originally had the idea of doing these interviews while I was getting tattooed, but I’m so bad at getting tattooed. I hate it so much and just have the worst and most painful spots left like my knees and torso, so I figured the interviews would be pretty crazy if I did them that way. I have plans to get some tattoos from them all, for sure. It’s definitely not for lack of wanting that I haven’t done it.

The Let It Kill You photography is beautiful.

The photography in the book is predominantly taken by Brandon Burdine and Andy Eclov. I had them both on site taking loads of photos during the interviews which we filter throughout the book. We also have tons of contributions from the sickest photographers. Oliver Barton, Anthony Acosta, and tons more. There are some real gems in the book that I think people are going to be super pumped to see. There’ll be some additional photo-heavy material that we’ll put into another side project for some behind-the-scenes stuff as well. It’s so sick, I can’t wait for everyone to see it.

Was there one theme that kept cropping up among the interviews? Like, something everyone agreed on in relation to skating and tattooing?

There were so many common themes throughout the interviews, which just solidified the project for me so much more. The full-circle moment for me personally was listening to these legends talk. It sounded like they had read my hypothetical childhood journal. Skateboarders and tattooers are just so similar. There were some really heavy moments during the interviews, usually during stories about being a teenager. Those moments where I felt like I was the only person on the planet that felt the way I felt, hearing that all of us had those same experiences was truly moving. We all remember exactly where we were when we landed our first kickflip or how the cold sweat felt during our first tattoo. We remember all of it. That’s heavy.

Why do we have to wait until October for this? Can’t we just have it now, please?

I want everyone to read it right now. We’ve just put the finishing touches on the layout and we couldn’t be more stoked on how it turned out. We got some dummy books for concepts recently and finally being able to hold this thing in our hands was amazing. This book is really special. We are really pushing for October, there’s all sorts of supply chain issues right now that we are pushing through, but either way, you’ll have it soon. It’ll be worth the wait, promise. 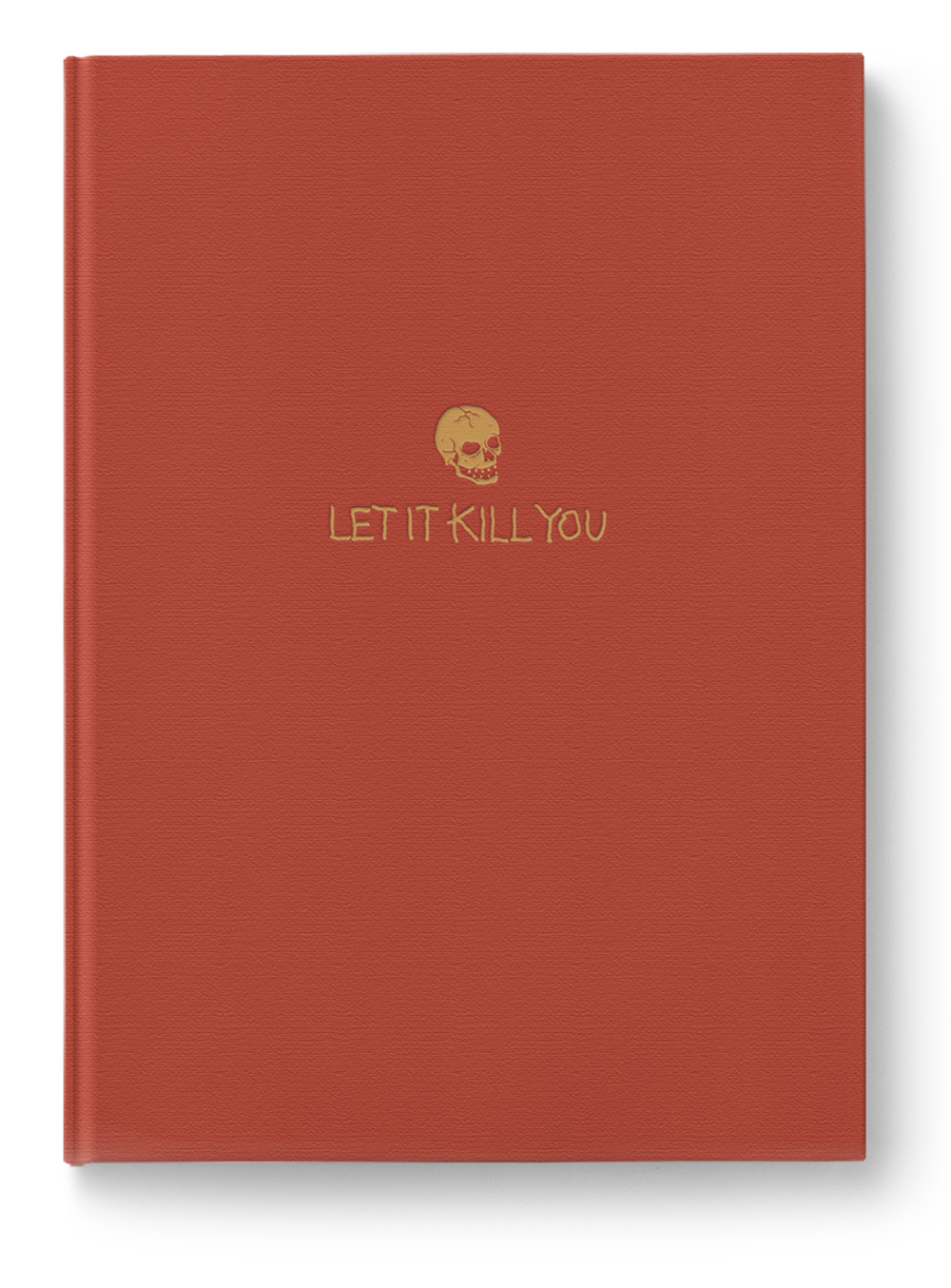