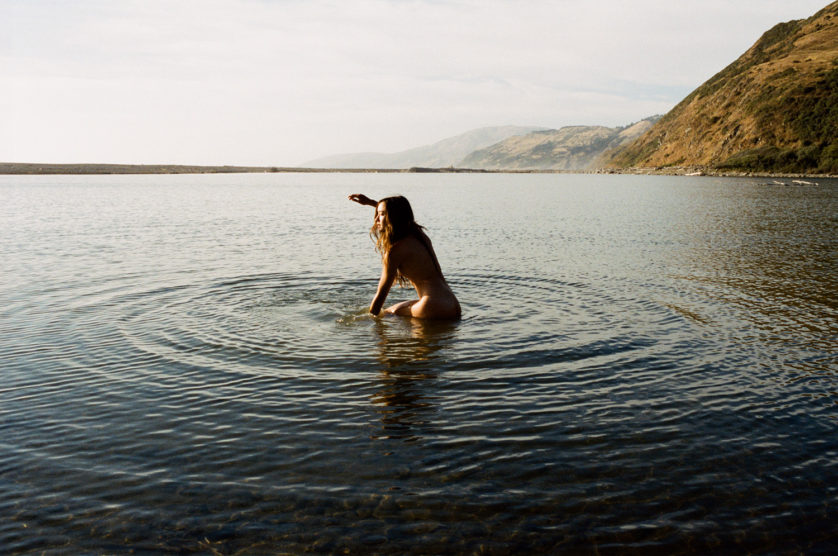 Wipe the mid-year sweat off your eyes, California photographer Brandon Harman has hit the lonely roads again coming up with some stellar snaps for his latest project, The Lost Coast.

Hey Brandon – it’s been a while, what’s been going on?

Hi Sally! Great to hear from you. I just got back from a trip to Death Valley—it had been evacuated because of a sand storm so I thought I’d get out there (in the insane July heat) to check it out.

Tell me more about Lost Coast – where is it? What is it?

The Lost Coast is an isolated stretch of coastline in Northern California. It’s untouched by urban life and comparable to Alaska in that it’s still wild in many ways. For that reason, and because of the lack of major routes and highways, it attracts salt of the earth types like hikers, campers, and ‘trimmigrants.’ It’s a nice place to get lost. 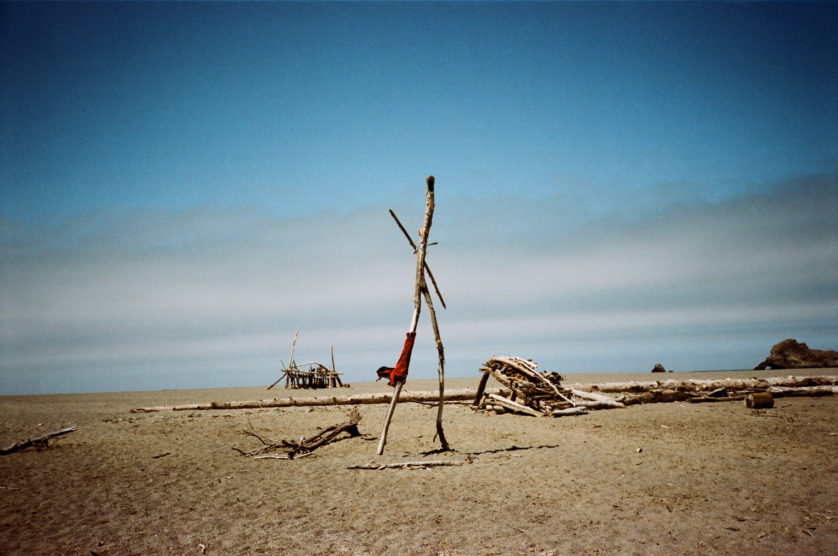 How does it feel to drive so far to get an image? What happens when you find something great but the light is bad? Do you go back the next day?

I love to drive the distance to get the shot. The title of the book I made with some of my road trip work, All Roads Lead to the Mother Load, was actually taken from a California gold mining map I found on a trip. I view gold rush fever as a parallel to how I approach making photographs.

But like you said, the conditions aren’t always perfect when you find that amazing location or subject, in which case I either wait it out or move on. In fact, we arrived at The Lost Coast in the middle of a wind storm and had to find shelter while we waited for the storm to pass.There’s no going back, I’d rather get the shot when it strikes me otherwise I keep going forward. It’s a process that keeps me present and motivated in the journey.

Your wife is in all the pics. Is she a willing candidate? Some of those shots look freezing?

Haha. Yeah, she’s a great muse and is always willing to go the extra mile with me. She models and acts for a living, so much of our relationship has consisted of making pictures together. It’s a great way for us to really connect, especially if we’re in the middle of nowhere. It’s a very intimate experience. And if it looks freezing it probably is! I always try to make it up to her one way or another. I’m lucky she’s always down for an adventure, which our shoots usually are.

What do you drive? 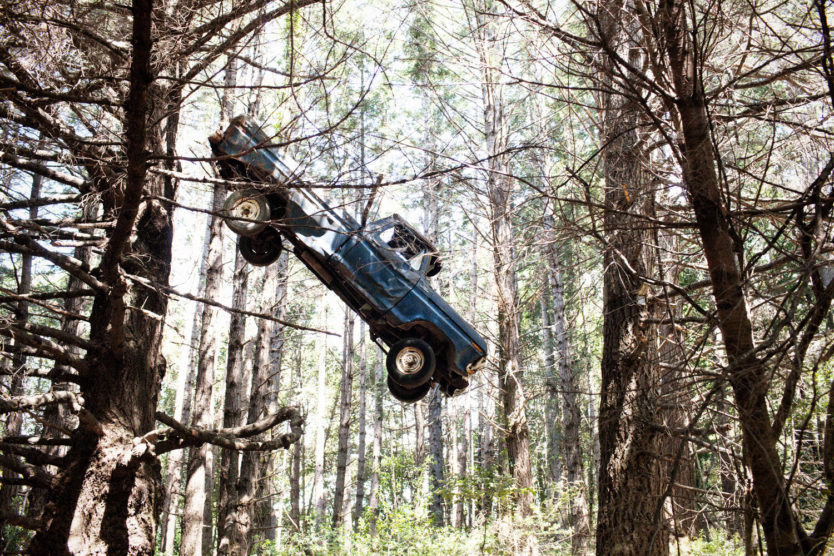 Tell me more about that bananas hanging pickup truck in the trees, did you stage that?

No, I found it! Crazy right? I noticed it hanging in the trees as I drove down a dirt road. It took a minute to process what was going on, and it seemed sketchy so naturally I backed up and headed into the forest to get a better look. I was a bit nervous to trespass out there, farmers don’t really like people snooping around with cameras. I snapped some shots and split. I still have no idea how it got there…it’s a mystery. I can only imagine someone with some serious creative energy hoisting it that high into the trees.