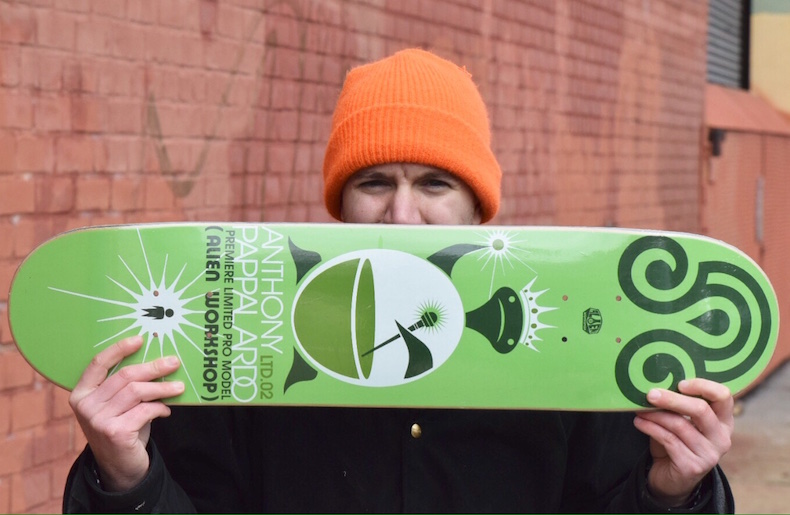 With the release of Timecode in 1997, a new era of Alien Workshop began. Based in Ohio, Alien or Workshop, depending on your preference, was an outlier company from its onset, eschewing Coastal cool or industry trends. Instead, Alien’s sect became a place where Neil Blender’s surreal sketches commingled with gold chain wearing, hip-hop junkie team riders, who all seemed to share an affinity for conspiracy theories and Dinosaur Jr. to varying degrees. Timecode was as much an extension of their first video Memory Screen, as it was a departure. With roughly six years between each full-length, skateboarding had progressed dramatically and the brand’s aesthetic had become tighter, yet more liquid and hypnotic. With a revamped squad, each rider brought a different personality to the team, united under the Workshop’s flag.

The next shift in the brand’s lineage set up what many consider to be the ‘sweet spot,’ marked by the addition of former sponsored skater from West Virginia named Don Pendleton as full-time, in-house artist. Pendleton expanded on the visual language set up by Blender, and founders Chris Carter and Mike Hill.

“Early on it was kind of intimidating to go in there and they were kind of in a state of change at the time when I got there and the team had changed a little bit,” Pendleton said of early days at Alien. “My idea was work with them to go back towards what they started out with with Neil—the more obscure aesthetics, like characters and unidentifiable things that weren’t really literal.”

Starting in 1998, Pendleton’s work, often released in very cohesive graphic series, took bold geometric characters and subverted their cartoonish simplicity, with loaded iconography and a skilled typographical approach. Employing a relatively flat graphic style, focused on linework and execution, Pendleton’s work derived its depth through the subtle twists of each character and composition.

“I got to know the team pretty well, along with their personalities and  tastes—that made it a little bit easier to put stuff together,” Pendleton said. “I always said that Dill and Pappalardo got the best graphics—the ones that I liked the most—because they were more appreciative of it. I would put more energy into making them.”

As the year 2000 inched closer, Alien was becoming synonymous with the technical advancements in skating, being honed at Love Park in Philadelphia, centred around swishy pants, nosegrind pop-outs, and new tricks being pushed into the fountain gap. Between trips to Love in the mid-90s, landline phone calls to a skate house on 1919 Bainbridge Street, and 411VM clips, I’d try to stay on the pulse of the progression. 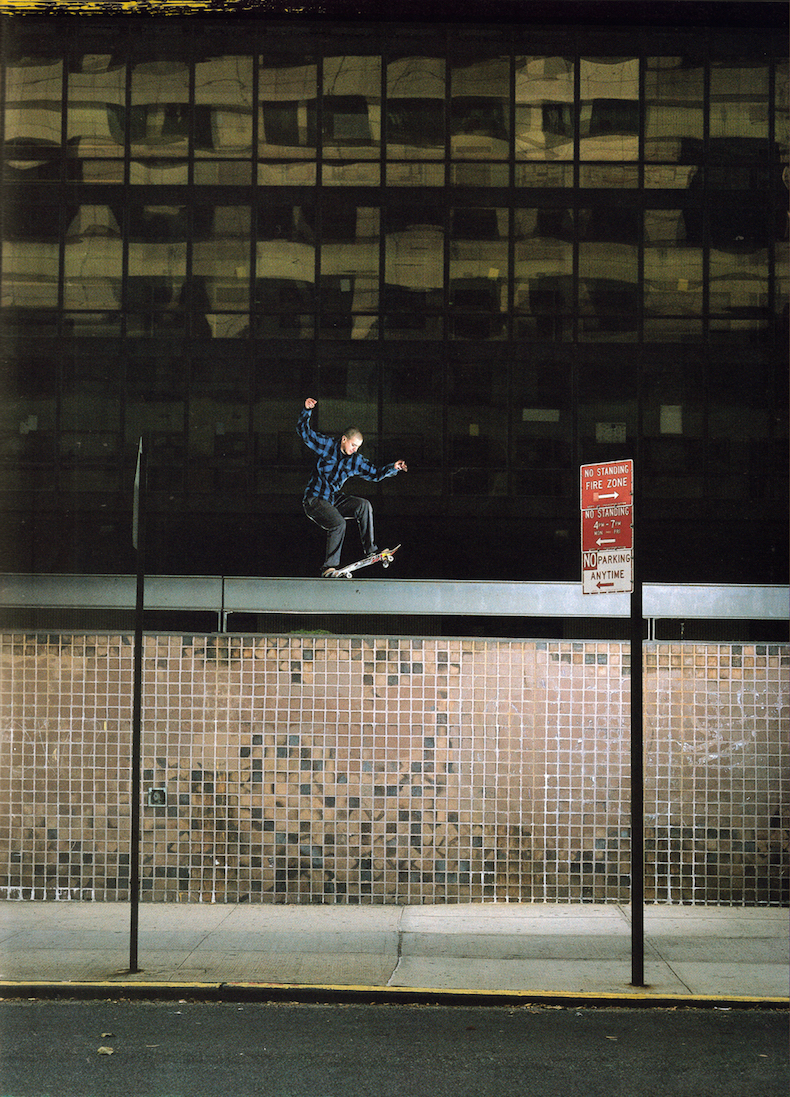 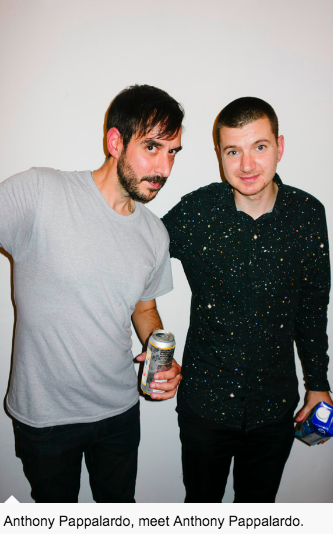 One check-in call with Vern Laird was particularly of interest to me, as he mentioned a young skater from Long Island named Anthony Pappalardo absolutely annihilating Love. Maybe it’s the equivalent of John Smith in Italy, but Anthony Pappalardo wasn’t common in the US, let alone skateboarding, so it was trippy to hear that someone other than a DJ in Australia shared my first and last name. Having been published in SLAP Magazine in the ‘90s, some pre-internet confusion began, and I quickly assumed the deserved moniker, ‘The Writer,’ as we bear no similarities on a skateboard and even with photographic evidence, mixups occur to this day. It wasn’t long after that phone call that a flurry of photos and footage arrived, punctuated by a switch ollie into said fountain at night. Later, pro graphics on Alien followed and changed skateboarding.

“Some of the characters might have had certain expressions that I felt were a reflection of his personality—real subtle stuff,” Pendleton said about creating graphics for Pappalardo. “I always felt that with the Workshop stuff, it was to literally never give away too much. A lot of it’s just a suggestion and letting people fill in the blanks. I wanted to kind of push certain elements and leave certain elements out.”

To this day, Pappalardo’s parts are beloved, dissected, and especially in the case of his last full offering in Lakai’s Fully Flared (2007), are seen by some as a departure and others an evolution. In the context of 2016, it can easily be argued that Pappalardo’s footage in the blockbuster product was completely predictive of East Coast skateboarding’s future.

In the first time in over a decade, Pappalardo and Pendleton are once again together where they both should be, on the bottom of a 7-ply maple skateboard. Philadelphia brand Terror of Planet X, in conjunction with Deckaid have tapped both for a guest board available now for pre-order, with a portion of the sales going to benefit Deckaid’s pop-up skate art exhibition, next showing in Washington, D.C. in early 2017.

“I said a long time ago that if I wasn’t able to do graphics the way I wanted them done, I’d rather just do something else—I’d rather do an album cover or something,” said Pendleton, who won a Best Recording Package Grammy in 2015 for his work on Pearl Jam’s Lightning Bolt album. “To be able to do something like this for Pappalardo, it was kind of like the old days at Alien. No one’s over my shoulder, nobody’s telling me what to do and that’s really the only way you get a product at the end of the day that you’re happy with. And hopefully, something he’s happy with.” 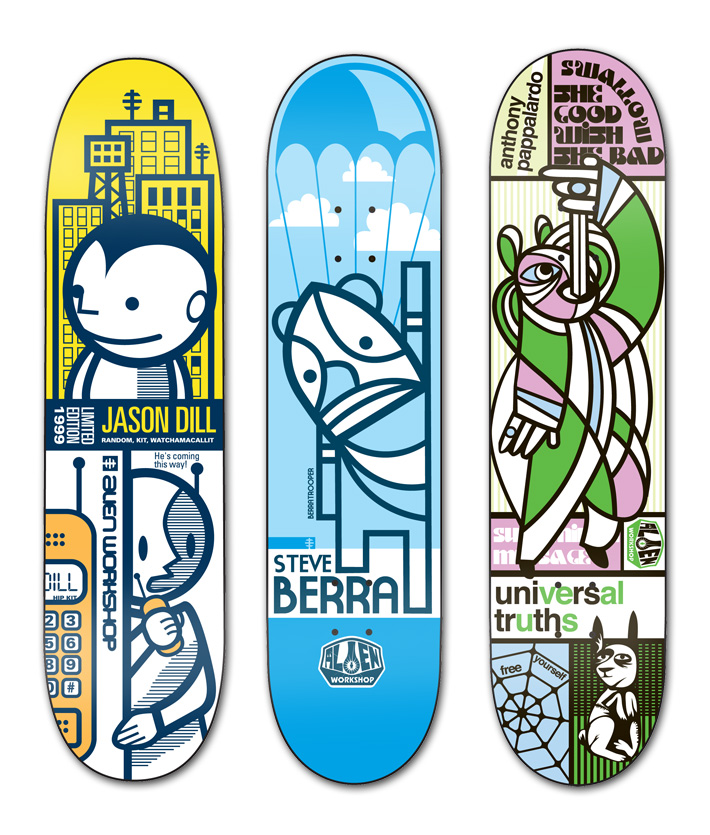 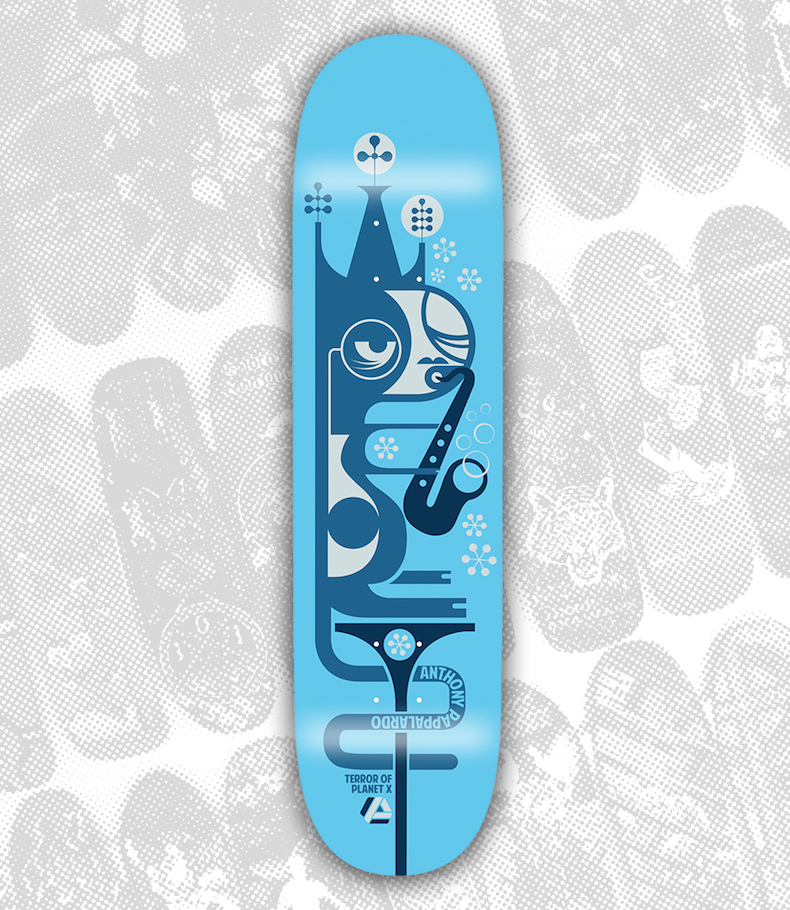