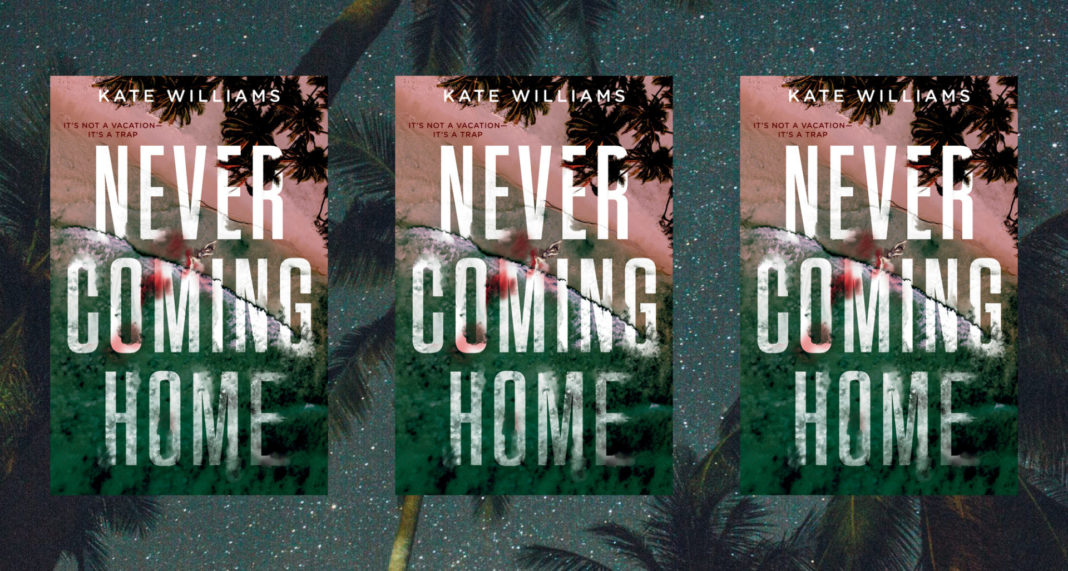 Kate Williams is a fantastic writer, the author of multiple best-selling books, and—AND—an old friend of the mag.

Kate was regular contributor to the mag for years and only stopped because we fired her. Just kidding. She stopped because she graduated from contributing editor to published author. That’s what she does now—authors books. Good books. Best selling books. Books that get optioned for TV and film (or just one of those things; she’s keeping mum about it for now). And this week she published her fourth work of fiction, Never Coming Home. We gave Kate a buzz to talk about the book, her process and how much she didn’t enjoy killing off her characters. 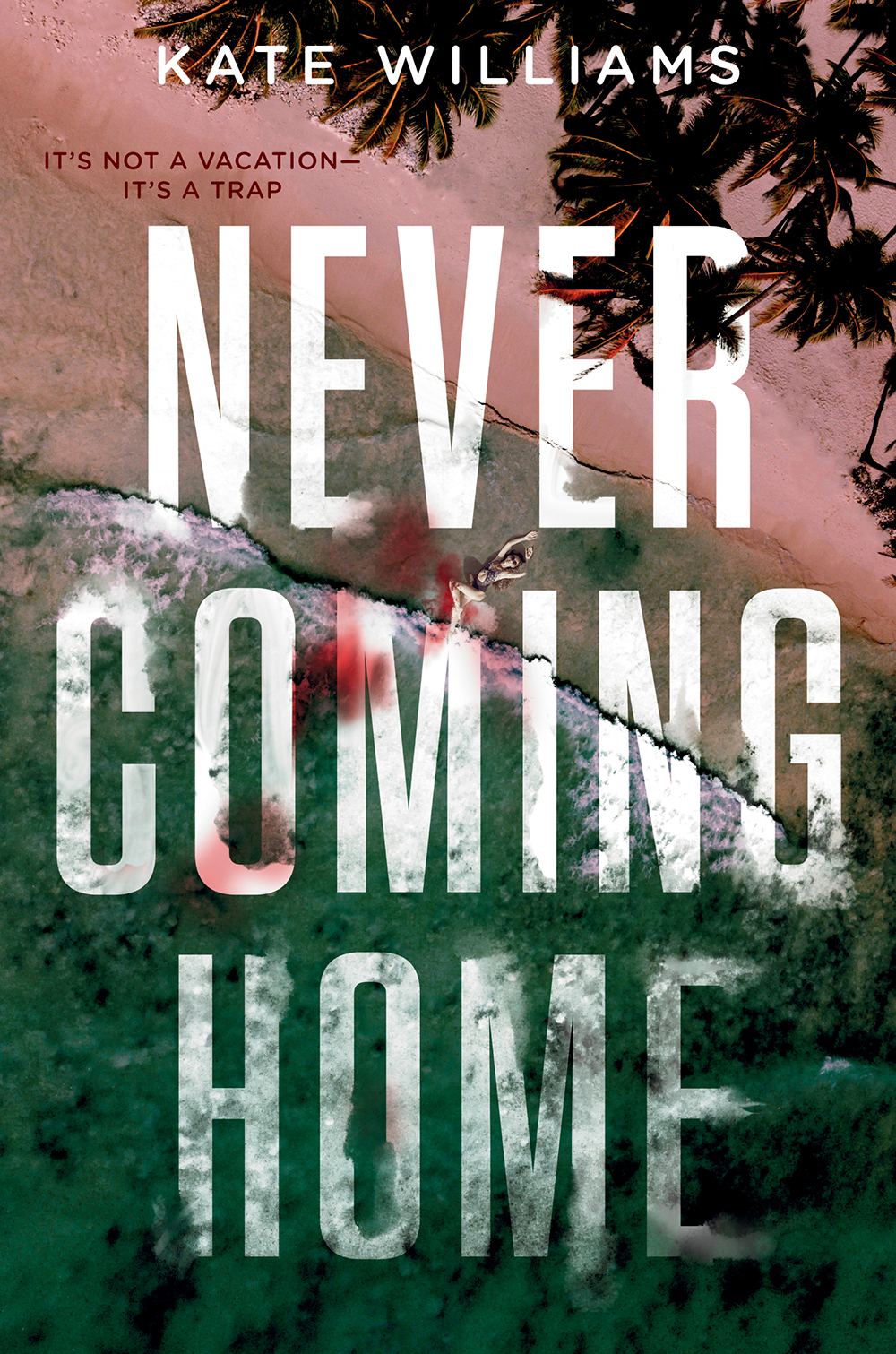 So, your new book just came out this week!

And it’s a modern take on Agatha Christie’s And Then There Were None.

Are there a ton of characters in And Then There Were None?

Yeah, there are ten.

So, it’s an updated version of And Then There Were None?

Well, I say it’s a Gen Z reimagining of And Then There Were None. It’s basically the same premise: ten strangers get invited to an island under kinda sketchy circumstances, and then once they are there, it’s revealed that someone is trying to kill them.

For a second, I thought you were going to say ‘It’s revealed that food sucks, the lodgings are terrible and Jah Rule didn’t even show up.’

That’s literally how I pitch it: Fyre Festival meets Agatha Christie. Because that’s what it is, that’s where the idea came from. Fyre Festival is my worst nightmare. Going somewhere and getting stuck, you can’t leave. So, Never Coming Home is that horror ratcheted times one hundred. And all the characters are influencers, so it’s almost, like, social satire.

Well, with social media and how we really buy into images, whether it’s an image of a person or an idea. It’s basically… All of these people get tricked, you know, they get scammed into going to this island because they think it’s going to be this very high-profile resort launch deal, and then they get there and everything they’d seen when they agreed to go was totally fake. But then it’s also revealed that none of these people were what they seemed either—

Do you mean, like, the way they presented themselves on social media?

Exactly. They’ve put forth an image that is equally fake. And then everything kind of disintegrates from there.

People start getting murdered. Is it grisly?

It’s pretty grisly. It’s hard to talk about it without giving it away. 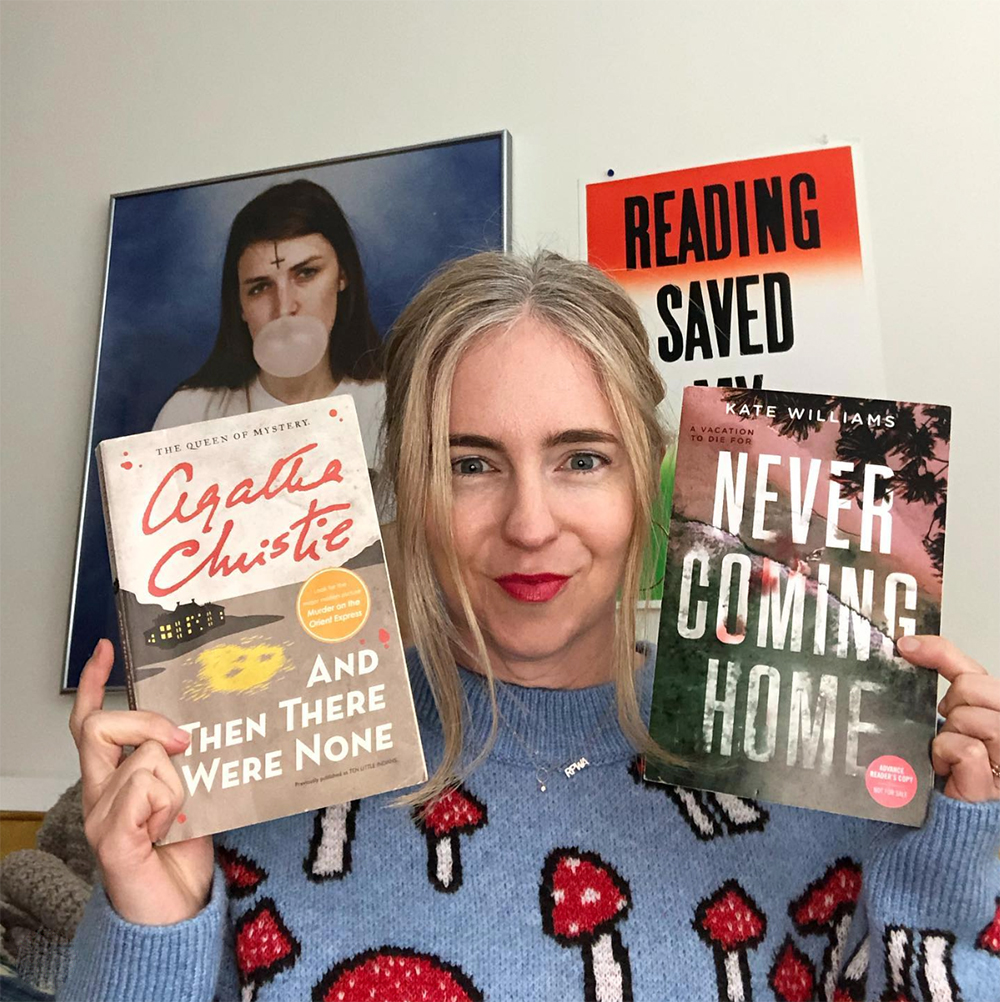 But you can confirm that your book is filled with graphic murder scenes?

It is filled with graphic murder scenes, and I had a lot of fun writing them. I used a private browser to research everything because I was like, I don’t want my google history being, you know, how—

How hard is it to garrot someone with dental floss?

Yeah, exactly (laughs). I was literally googling things like, ‘How much force does it take to break human skin with such-and-such an object?’

Yeah, and then every murder is different, so I had to do a lot of research to make sure everyone dies in different and unexpected ways. Because in a book like this, I mean… Anyone who has read And Then There Were None will know how many people die. But the interesting thing with a book like this is you have ten characters, so it’s like, how do you keep the reader from becoming overwhelmed?

Because there are so many characters to keep track of?

Yeah, and how do you make it so it’s not the same thing happening over and over? So that was a big challenge—how do I make all these people individuals? How do I get the pacing right so I’m not wasting any time, but also getting the characters established enough so that the reader cares when they die?

So, it was an interesting challenge as a writer to figure out all this stuff. Because, you know, I’m a very character-driven writer. I like to write characters, I like to write dialogue, atmosphere… I could write banter all day long, but the hard part for me is always plot and keeping the plot moving. This is a very plot-driven book, and it was a pretty interesting exercise trying to figure that out.

Do you pants it or are you a planner?

I plan. I do a very, very detailed breakdown, scene-by-scene. I’ll have every chapter plotted out and every scene in each chapter mapped, and I have everything broken down into basically four parts. And that’s every book.

Yeah. And with something like a murder mystery, you have to be seeding these clues right from the beginning because the reader is going to be very disappointed if everything comes together too quickly at the end, or if the villain turns out to be this minor character that no one ever paid attention to. So, I work out all of that at the beginning. I also start with really in-depth character profiles too. And a lot of that information doesn’t make it into the book, but it helps me know who the person is that I’m writing.

Did you take an enormous amount of sick pleasure killing off the vacuous influencers in your book, Never Coming Home?

Well, I thought I would. Like, when I started writing the book, that was the goal. The thing with Agatha Christie is she was really good at creating characters that you couldn’t wait to see die. You’re like, ‘Oh, this pretentious asshole—I can’t wait till he gets it.’ And that’s what I wanted to do, but I wrote this book in 2020 and 2021, and they were really hard years for humanity and for me personally, and I kind of went through this personal awakening of, like… learning to stop being so judgemental and critical of people, and I feel like that really came through when I was writing the book. These were characters that I really expected to hate, but then all of sudden it became really important that…

They were vulnerable and human and you were able to forgive them?

And then you murdered them anyway.

And then I killed them anyway (laughs). There were a couple where I was like, ‘Oh, I’m really sorry that you have to die.’ Like, ‘You’ve grown a lot, you’re sorry for your mistakes and I now know you’re a good person, but, you know, bye-bye!’ (laughs).

Well, the target audience is young adults, so it starts at age 14, but I hope it has a lot of crossover appeal. You know, it’s a summer book set on an island, it has a pink cover with palm trees…

Absolutely, something to take on vacation or just by the pool.

Get a copy of Never Coming Home here! 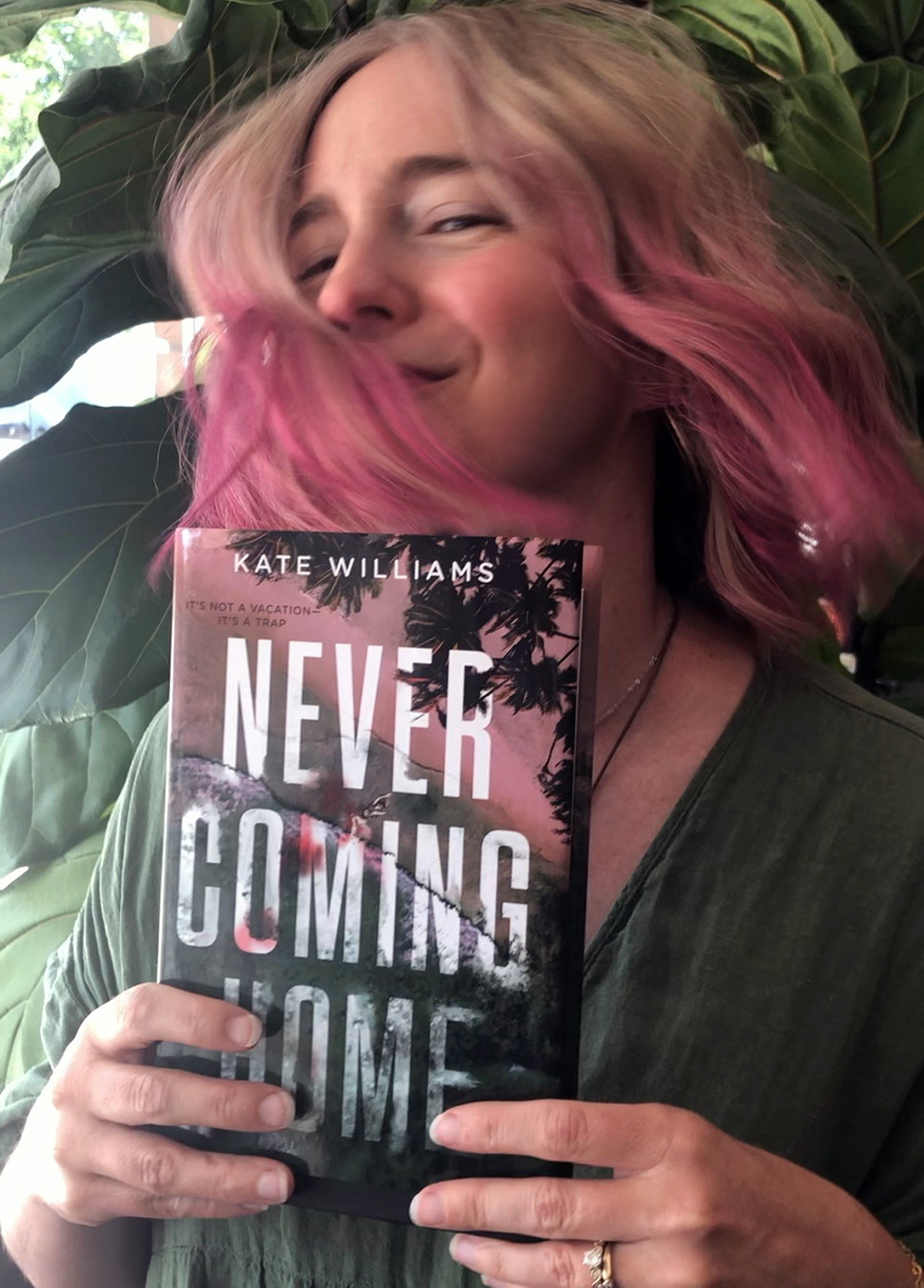