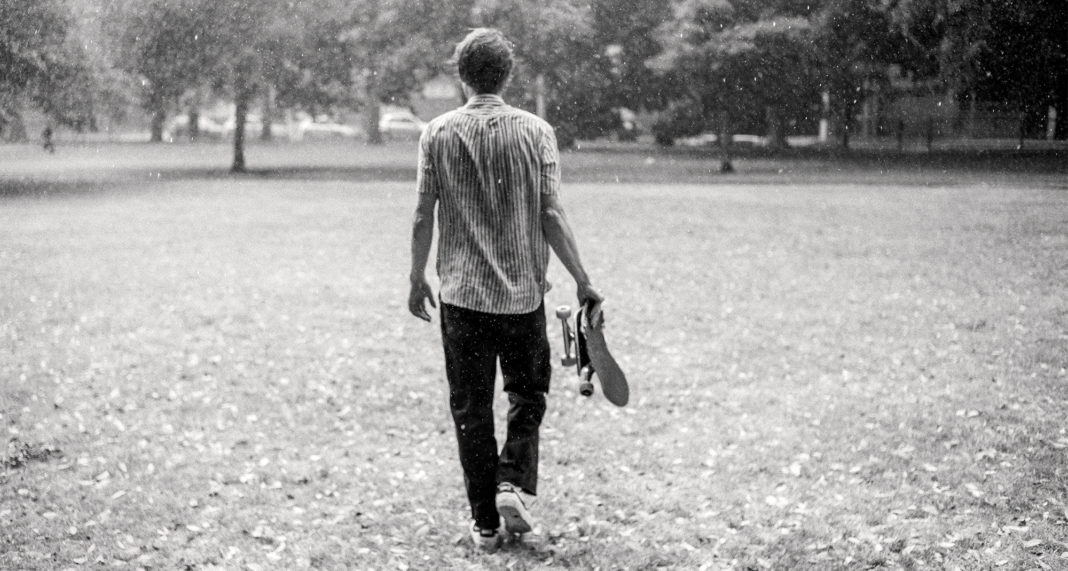 There aren’t many people that can shoot photos to accompany an interview in a week.

Considering this is the fourth interview Josh Pall has had published in the last year, you’d think he’d definitely be in a drought for spots and inspiration.

The idea for another interview came up, but there was only one week to shoot it while we were both back in Australia, so we brainstormed and tried to plan spots. We ended up not following through with any of the original ideas, instead finding new spots along the way or being reminded of spots to go back to. But please believe me when I say that none of this comes easy. Josh is a hardworking man. He doesn’t talk about things he’s not going to do, so you gotta take him seriously. He’s got a lot happening at the moment—even though he’ll play it down—both inside and outside of skateboarding. I doubt he’ll take a minute off any time soon, but he has certainly earned one.

What did you vote, Yes or No?

It’s fucked up we had to vote about that.

Yeah I know, It’s gonna be one of those things you look back on when we have kids and they’ll be like, “What? You guys actually had to vote for that shit?” And just laugh at it. I’ve always thought of Australia as such a progressive country with such a huge gay population, but we’re behind. I was kind of shocked when all the results came in and it showed that NSW had the smallest margin between Yes and No. It was the smallest percentage out of the whole of Australia. When you consider that Sydney has one of the biggest gay communities in the world—obviously NSW is a large area—it was surprising. As long as people just accept one another for who they are. I’ve never really put too much thought into it, ’cause it seems pretty silly that we even had to think about it.

When you came to stay with me in New York a few years ago, you’d read the Australian news every morning. You still doing that?

I’m so far removed from politics and news, so, not at all anymore. It was like routine for me to wake and check the news, but all you would see is “stabbing out west” or a “car accident here”. Why am I filling my brain with all these negative things, it seemed dumb. Ignorance is bliss, sometimes.

Considering that you are actually planning to move out of Australia, have you looked into the politics or current affairs of America?

No, but I know it’s probably the weirdest time to want to move to America. Maybe a few people there are hoping to get out, but I don’t follow any politics or anything like that, so it’s like an out of sight out of mind kinda thing. I just mosey on like, “Everything will be sweet… she’ll buff out.” I go down a lot of rabbit holes trying to figure it out. That’s the thing, you can find yourself getting so deep, and I’d rather get into a TV show or something, haha.

That sounds fucked up.

It’s not the coolest story, but it was interesting. It’s about the guy that was sending bombs through the mail to universities, airlines and technology-based institutions. Trying to send a message somehow that the world is a fucked up place and shouldn’t be conforming to technology. 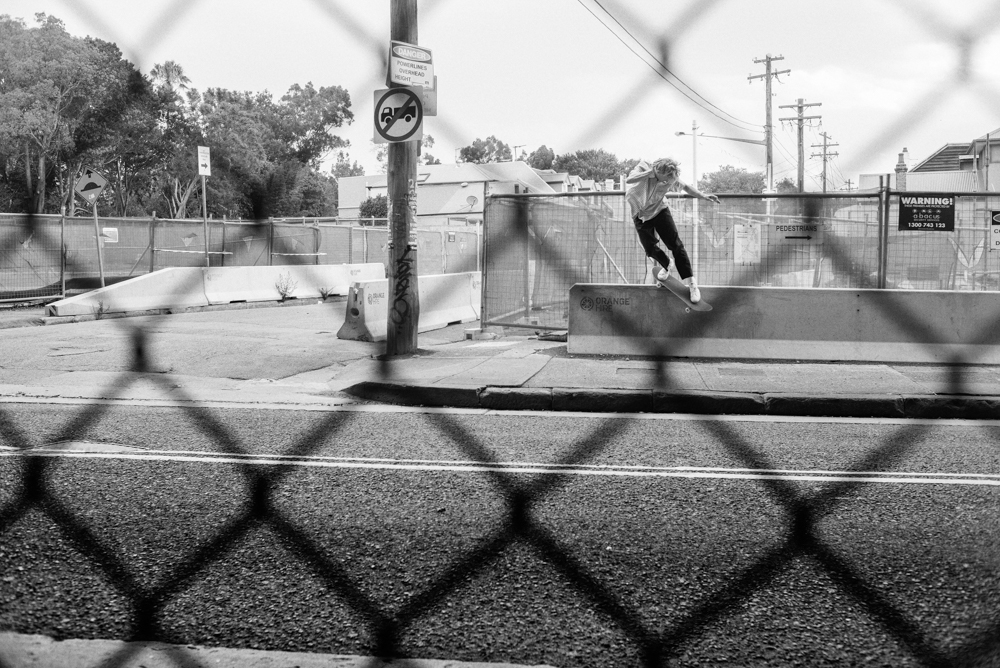 What’s your take on the future with technology?

For the most part technology makes most things a hell of a lot easier, but the phone thing definitely sucks. Seeing people glued to their phone—you’ve heard it all before. You can’t separate yourself from it. I find myself waking up to pick up my phone, staring at this screen before I’m even actually awake. It’s changed so much. Our generation is probably the last who got to see the before and after. We grew up without mobile phones and the internet, and then it was dial-up. You couldn’t even call someone if they were using the damn internet! That’s pretty funny, but now the internet is our lives. I look at my mum and how technologically illiterate she is and I sometimes feel like when I’m older I won’t be able to keep up either. The AI thing’s pretty scary too. I feel like there will always be things that need to be done by hand, but you never know. Some of the woodworking tasks like cabinetmaking could soon be as relevant as blacksmithing. Machines make anything nowadays.

The building industry is booming out here right now. I’ve been away for a while and I used to come back to Sydney without noticing too many changes, but this year it’s ridiculous how much construction is happening and how much things have already changed. It’s such a jam up. Good reason not to drive around town I guess.

Is that any kind of reason to bounce outta here?

Nah, Sydney’s good. But when you’ve been doing the same thing for eight years or whatever, it seems like a good time to do something different and change the scene up a bit.

You’ve been working at a screen-printing factory the last six years. But now you’re a full-time professional skateboarder?

Yeah, I guess on paper that’s what it is. We’re nearly 30 and about to hit our stride. Well, fuck, I went skating today and had a complete meltdown, thinking, “I get paid for this shit?” (Laughs). I’m never gonna be making the big bucks, but I’ll take advantage of not working in a factory during the week and get some fresh air in a new place. That’s pretty damn exciting. Having a bit of freedom with time up your sleeve and the option to move countries is pretty exciting. 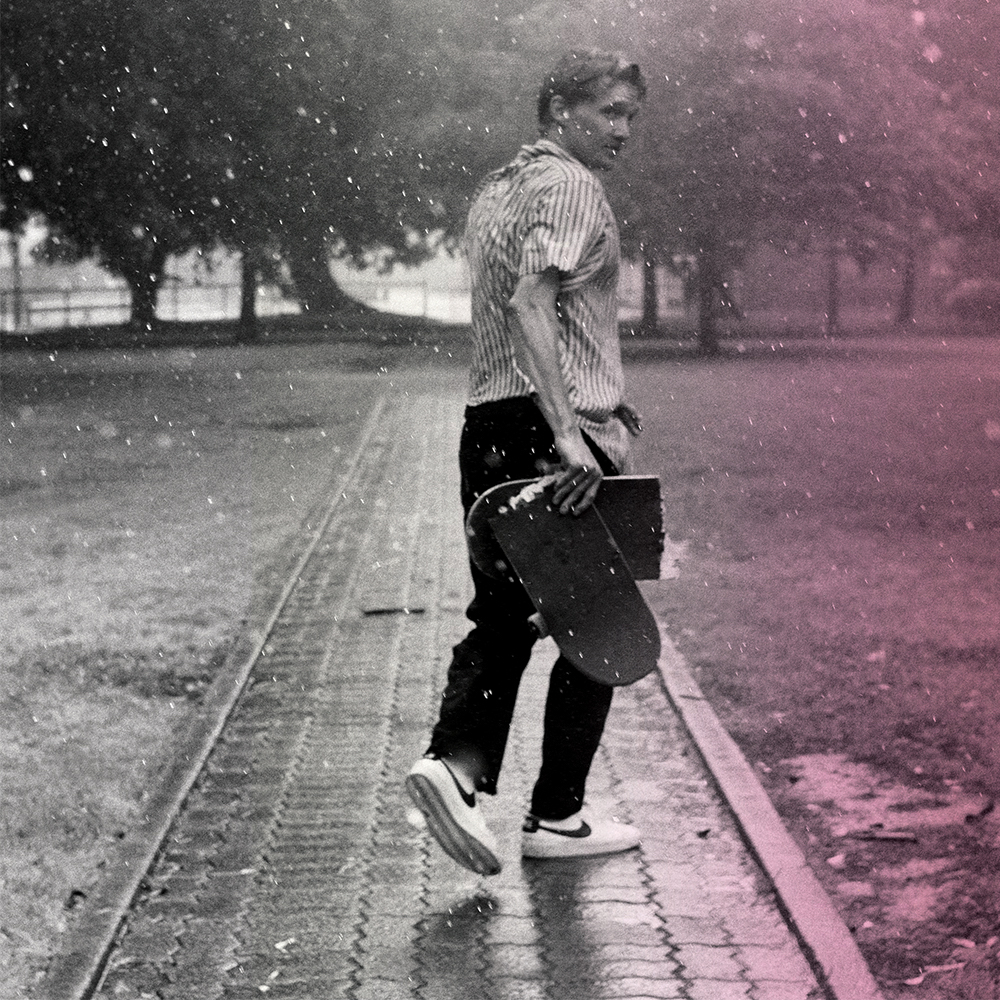 I know you have a European passport. If for some reason the visa process were to fall through, could you see yourself moving anywhere else?

I’ve always liked the idea of moving somewhere in Europe. I kinda came close moving to France a few years back, but it feels like a much bigger move. The transition to LA is a really easy one. You’re over there, and I already know quite a few people. I know what I like there—where I hang out and what I like to do. If I was to move to Europe, somewhere I’ve barely spent any time, then it’s really like starting completely fresh. Especially if I was to move somewhere like France, it’s like, “Oh and I can’t even talk to these people.” If it were to not work out, I would stay here and start to figure out something more solid. I’ve been learning framing, so I’d probably try set up a workshop with that.

Are you gonna keep framing in the States?

Yeah, definitely as something else there to keep me busy. But it would stay more of a hobby because the focus is skateboarding. If I stayed here I’d maybe try set up a more proper operation.

I always see myself back in Australia eventually, can you ever see yourself retiring anywhere else?

Probably not, but who really knows. At this point I’d like to say I’ll be in Australia when I’m older, family, retirement, all that. It’s such a nice place to live. When you’re young you want to experience everything you can and move around a lot. But I definitely like the idea of ending up in Australia.

Are you running out of spots in Sydney?

Not really. If you get off your ass and drive somewhere you’ll end up finding more stuff. It’s just so easy to go to the same places in Sydney every weekend, and then it gets a bit stagnant.

Do you have a bucket list of stuff you want to get to before you leave? ’Cause they might not be there when you get back, believe me, they disappear. So many photos I’ve wanted to shoot and missed out on.

I’ve had like three things I was super stoked on where I’ve been there a couple of times trying to get the trick and then the whole spot gets demolished. Those spots would have been there for maybe 100 years, and then I just so happen to want to skate it and the next month it’s gone. But I’m not in any rush to tick anything off. I’m kinda over that. If it happens it happens, I’m not really trying to stress over spots these days. It’s hard in America man, there’s a lot of skaters out there.

Psh, yeah and everyone there is fucked up good. And out there every day. Is that intimidating or exciting to be in the mix?

You can kinda get the pick of the litter in Sydney because people aren’t quite as motivated and out there getting it done. Everyone over there is doin’ it and knows all the spots. But I’m not really trying to “come up” or anything, more trying to keep doing my thing and change locations. If it doesn’t work out I can always just come back to Sydney, it’s not really the worst fallback plan. It’s a great safety net. And if that fails, I can always go back to the Sunny Coast where Mumsy is.

Get more from the Australia Issue of Monster Children right here.