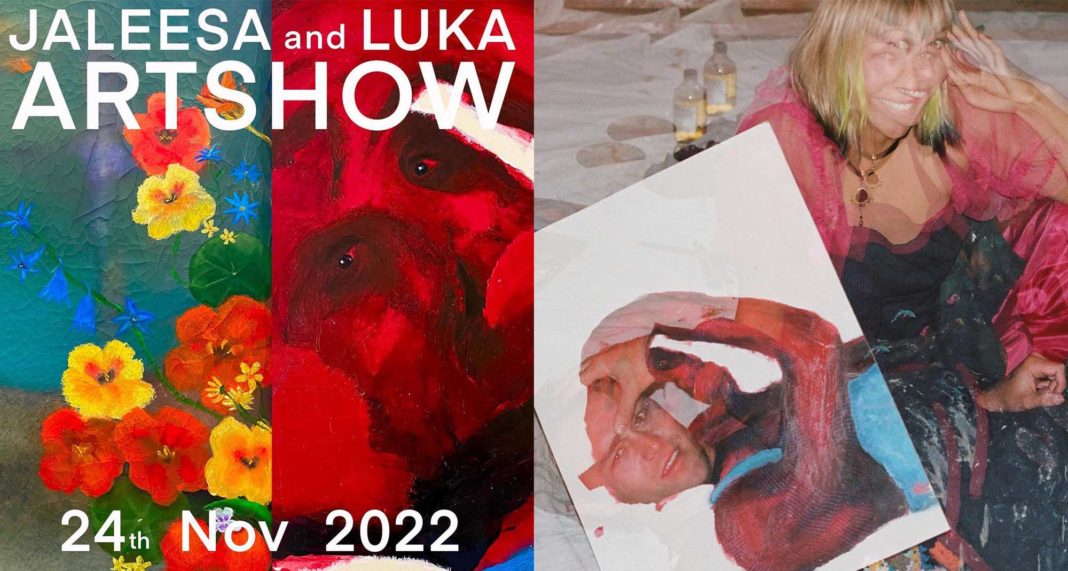 She surfs, he surfs, he films, she does sometimes, too, and together they are the ones who would survive a meteorite and go on to take over the world. Outside of surfing, they are also stupidly talented artists. In fact, they’ve got a show next week at the Eltham Village Gallery from the 24th-27th. You should go and wonder at their talents while you ponder yours.

Personally, I don’t have any talent, but I do have Jaleesa’s number and I figured I could pick the brains of someone who does lots of things quite well with ten awfully stupid and completely unrelated questions to maybe figure out how she does it all. Here goes:

What do you think will be the next alternative milk?

What was your first job?

Are people who put chocolate in the fridge weird?

What’s in the secret garden?

What day starts the week?

On an average day, how many pigeons do you think you could reasonably carry?

Maybe 50 in a cage on my back. (*Another hidden talent)

What is the best thing since sliced bread?

What’s the difference between French kissing your cousin and a French sandwich? Answer: Better forget and a feta baguette.

Alright, one normal one, what’s doing this weekend?

Thanks, Jaleesa. I promise I won’t ever text you again.