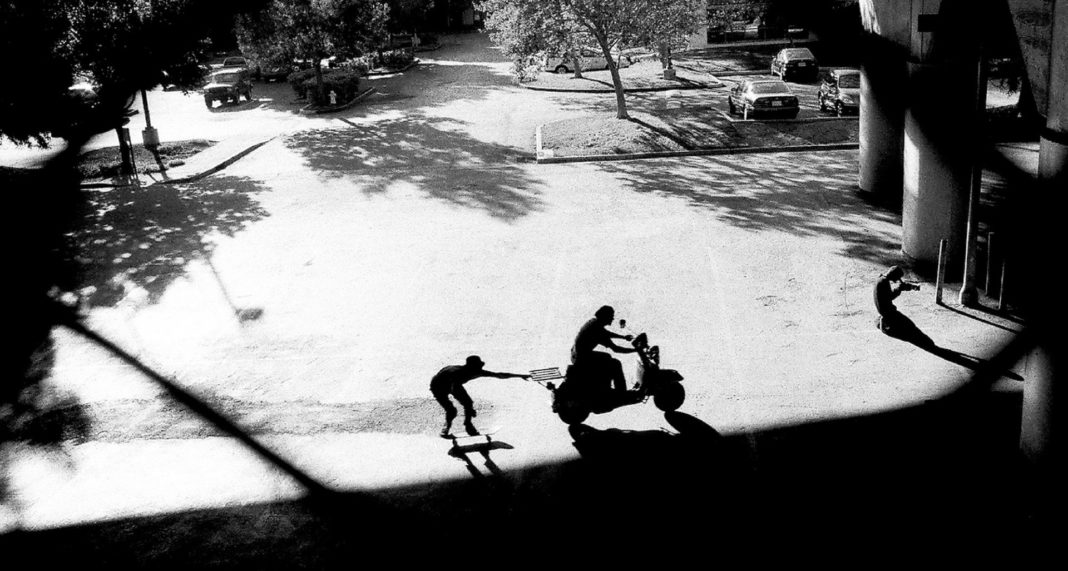 Among his many creative abilities, Jai Tanju is a talented skateboard photographer, but you’d probably already assume that considering his interview is appearing on this website, and this website only features strange, interesting, painfully talented people.

He has a way of finding perspective that highlights the trick and adds gravity, depth, and grit to the image. Unique perspective and a love of skateboarding are basic necessities for any successful skate photographer, and to say that Jai possesses both in excess would be an understatement, but possession of necessity doesn’t necessarily equate to appeal.

What makes Jai’s photography interesting is how immensely compelling the images are on their own, without context, caption, or explanation. His images are cool to skaters because we are skaters and we love looking at other skaters and skaters skateboarding, but even to those who don’t skate, his images are striking. They catch individuals in isolation, on simple terms, and often in moments of vulnerability or struggle – a broken arm, a bleeding forehead, on the ground in the dirt, and always with a grin and a laugh. These images take place just after the trick has ended and the momentum has stopped and expose a bit of the person rather than the action. It’s easy to take a photo of a person doing a nice kickflip, a bit harder to bring out the person. Jai Tanju is good at that, and I’m a fan, so I told him.

First of all, I’m a huge fan. The Tilt Mode era is my favourite era of skateboarding.

How long have you been taking photos?

When I got out of high school I moved to Hawaii because I was into surfing and skating. I lived there for around 5 years, then bummed around California for a few years, and when I moved home to San Jose, my mom said that I needed to get a job and go to school, so I enrolled in a photography class at junior college. Around that same time, I met Salman Agah, Jason Adams, and Tim Brauch who were all these rising amateur skaters. I was just going around with them and taking the class. One day, this guy Tobin Yelland came to town and was shooting with Jason. He had such a great attitude and was having such a good time doing it; he was just a really cool guy and I watched him do it. There was a moment a couple of months later where I opened a mag and saw that photo that he shot of Jason and I was like, ‘I see those guys do this all the time, I can do this.’

Do you remember the first setup you had?

Yeah, it was a camera I got from my grandfather which was a Nikon FE2. He gave it to me to use for my photo class but it ended up being perfect for skate photography because it has a 1/250 sync speed for flash which is essential for taking flash photography during the day. I got some flashes and a fisheye and was kind of rolling after that.

When you were first shooting, what were you looking for?

Back then—we’re talking mid-90s—going out to shoot photos was different to how it is now. We wouldn’t go to shoot photos for the day, we’d go skating and just happen to see something cool and decide to take a photo. I wasn’t looking for anything in particular, I was just having fun with my friends and playing with my camera.

I notice that in your skate photography, the trick itself often doesn’t take up a lot of the frame, but all of the line in the frame points toward the trick. Can you talk about those compositions?

Yeah, that’s just something that is inside of me I guess. I come from a family of artists – my dad and my grandfather were both artists. I never was much good at that, but when I picked up a camera and I look through it, things just seem to go in a direction, and I do try to find those lines that intersect and point to things. When I get to a spot, everyone’s skating and I’m trying to think of what could happen. I try to find different ways of shooting – looking down, looking sideways, coming in from a different angle. I was always looking for those things at the spot while everyone else was skating so that when it came time to shoot a photo of them, it was just a matter of inserting them into it.

How do you think your style has changed over the years?

Well, I don’t shoot too much skate photography anymore, but I don’t think it’s changed much. I would definitely rather shoot what’s happening than guide the situation. I used to try to find places and insert the skaters into these places because it was good looking, or a colorful background, and I’d try to bring people into these places. Now, I get more excited when I’m just kind of there and can shoot something without even asking them to do it.

I’m really into your photos outside of skating, but skateboarding-adjacent. For example, your photo of Jose in a neck brace.

Oh yeah, that’s a good one.

Yeah, the things outside of skateboarding but still a part of it.

That came later, too. Back then, you could only shoot on film, and I won’t say that I’m not smart, but it took me a long time to figure out. I made a lot of mistakes. When I first started I was really focused on trying to shoot the skate photos – I wasn’t paying attention to everything else going on around me. Then one day I was riding my bike to the Mansion in San Jose, and Marc Johnson was standing outside with Louie, and Marc said, ‘Hey I have a present for you,’ and he pulled out this old Pentax that he had bought at a flea market, and it was probably 60 years old, but it was the first camera I ever carried on me all the time with a strap. That’s when I really just got stoked to shoot whatever was happening.

It’s funny how important ‘lifestyle’ has become as a branch of skating.

It’s sort of essential now—it’s part of the essence of skateboarding photography. I just tried to keep going with shooting whatever was around, so when you see your friend in a neck brace, you go, ‘Are you okay? Okay, good. You look ridiculous, let me shoot a photo.’

What outside of skating do you think has influenced your photography?

Honestly, not much. I learned skate photography from other skate photographers and from being a skater. Weirdly, I have to say that I am still a skateboard photographer. I might not shoot a lot of skating, but my approach is the same. I never moved on from that. I mean, I pick up books and zines and get inspired that way, too, but most of my time shooting skating, I was very focused on being that. 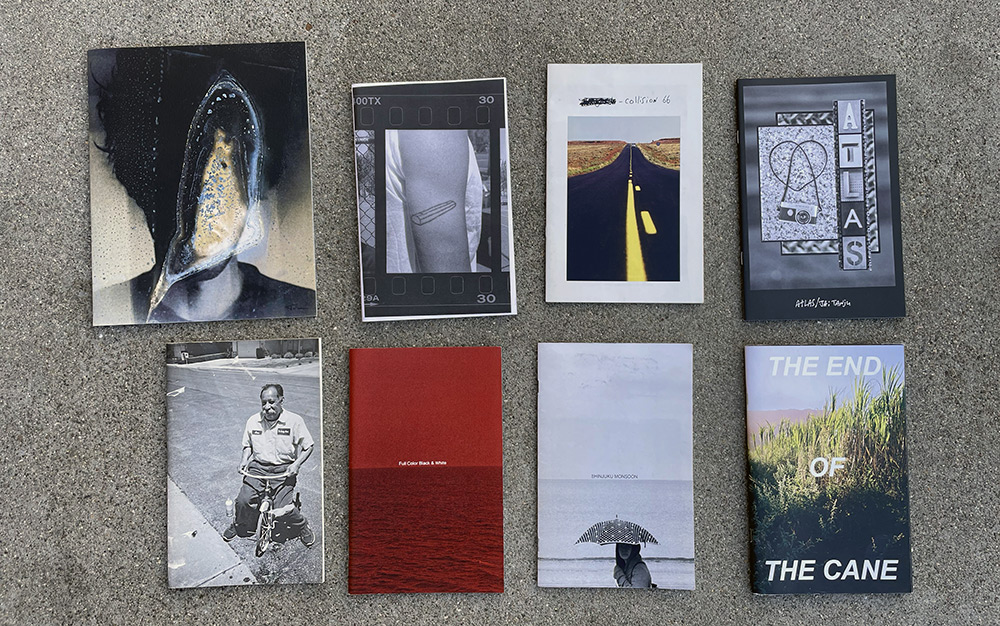 Can you talk a bit about your zines? How long have you been making them?

A long time. I made them long before I even shot photos. Zines in San Jose skate culture have been around forever. It was pre-internet, pre-blog, and it was how people showed their own scenes and what was happening around them. I moved into a house with Jason Adams and Tim Brauch, and Tim was really into zines and art, and we made a few together. Once you do one, you want to do another.

Are you doing them by hand?

Mostly all Kinkos cut and paste, glue stick, copy machine – it was a really intensive process but it was also super fun. I used to do these DJ nights with my friend Ray and I would make a zine every week about what happened the week before. It was filled with who showed up, who got drunk, who made out, who got into a fight, and any sprinklings of skate stuff that I was doing in between, and I did that for something like five years.

The reason I work in publishing is because tangibility in information sharing is so much more impactful than something as distant as an Instagram story, I’m a big zine guy.

Yeah, totally. And you can just pick it up later and remember all these things and feel that same feeling.

In my opinion, you’re sort of an unsung hero of that time – one of the best to do it but not as famous as you ought to be. Why aren’t you the Joe Brook of San Jose?

I think a lot of it was personal. I’m about 10 years older than Joe Brook, so at some point, I was just more interested in doing something else. I was interested in curating art shows and putting together more collaborations of photographers into books than actually being the photographer. I also think it was just the era coming to a close, and there are new kids coming up and you find yourself in a car with a bunch of 13 year olds and they’re talking about poop and girls and boobs and stuff and you’re like, ‘alright I don’t want to do this anymore,’ so I didn’t. It was a personal decision that I would back off a bit. 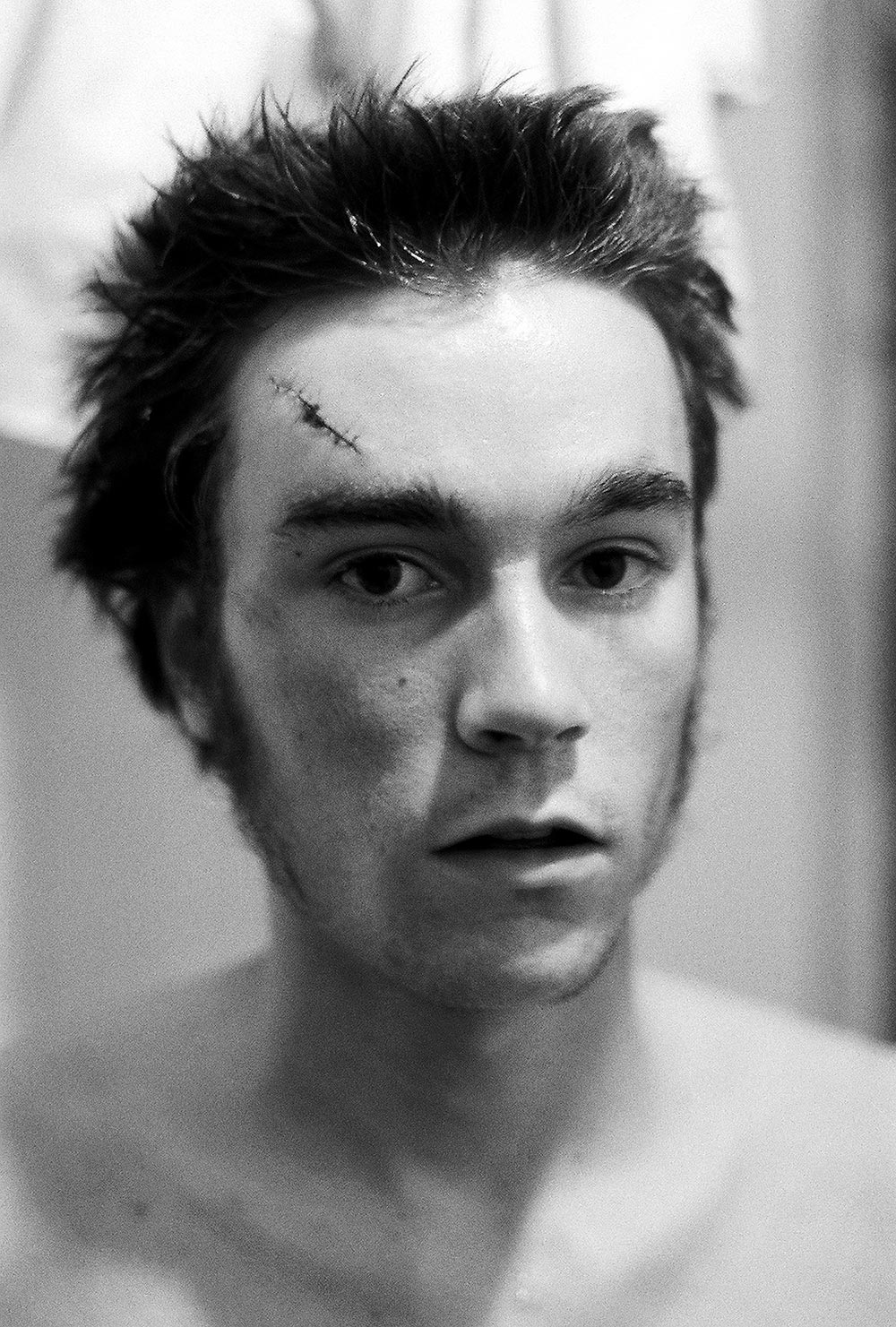 How do you think the industry has changed with the ending of that era?

I don’t know, I think that being a skate photographer has a lot to do with who you’re photographing, especially now. You could be the best photographer and live in Boise, Idaho, and unless Marc Johnson lives there or someone worth photographing, you’re really shit out of luck. To get in a magazine or get your photographs published, you need to be where the action is. When I was coming up, it was more about different scenes- more about cities. You could be from anywhere and get a photo in Transworld regardless of where you’re at, as long as the photo was good enough. Now it’s changed, where the magazines are really focused on the teams and the trips that those teams are going on. The path for you to get the photo of your friend is pretty slim, so my advice would be to go where the action is. 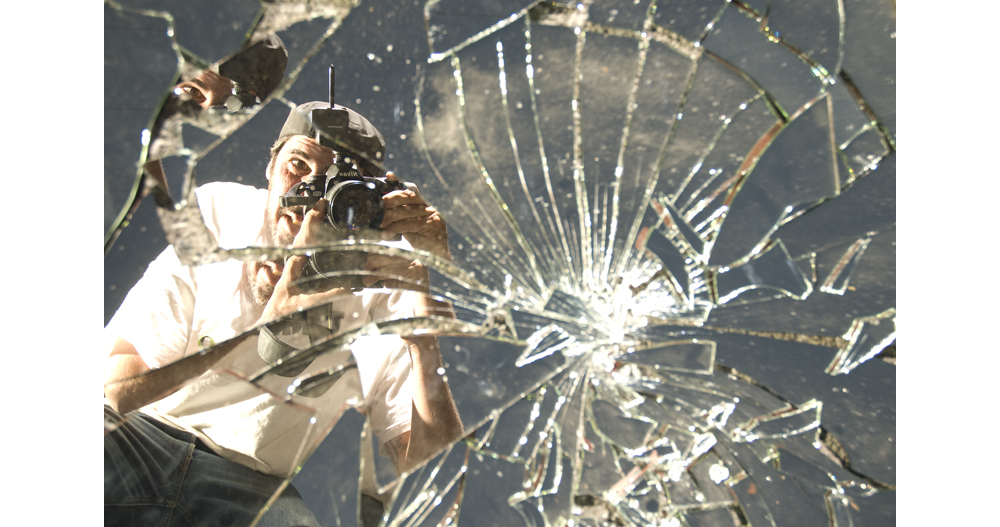