Kamchatka is a little peninsula in the far east of Russia–somewhere between Siberia, Alaska and Japan.

Not your average surf trip destination, but exactly where Spencer Frost and Guy Williment decided to go to film a surf movie, Corners of the Earth: Kamchatka. We spoke to Spencer about their surf trip to a place not many venture to at the best of times, let alone the times we are in now.

What made you want to go to Kamchatka?
We are always on the hunt for new and unsurfed waves and want to try keep things original. Kamchatka came onto our radar through a snowboard film Travis Rice made called the Fourth Phase. In this film, we saw glimpses of the ocean up there in winter and the waves looked pretty good! As far as we could tell, no one has ever been up there in winter to surf or make a surf film project… so we decided to jump on the opportunity. 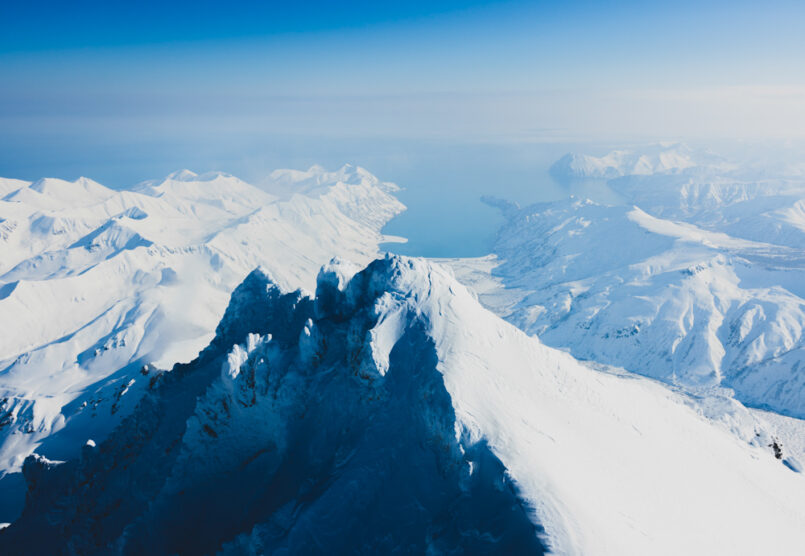 How remote are we talking here?
It was pretty damn remote. It took us 60 hours of travel to get there, including a ten-hour flight from Moscow (over Siberia). Once we landed, we saw just how wild and isolated the location was for making this project. The peninsula is 1300 kms of untouched coastline; all covered in snow with towering volcanoes down on the coast. It was wild. In the winter months, there is one beach you can drive to. Accessibility quickly became the number one problem for getting to the beach and finding waves. 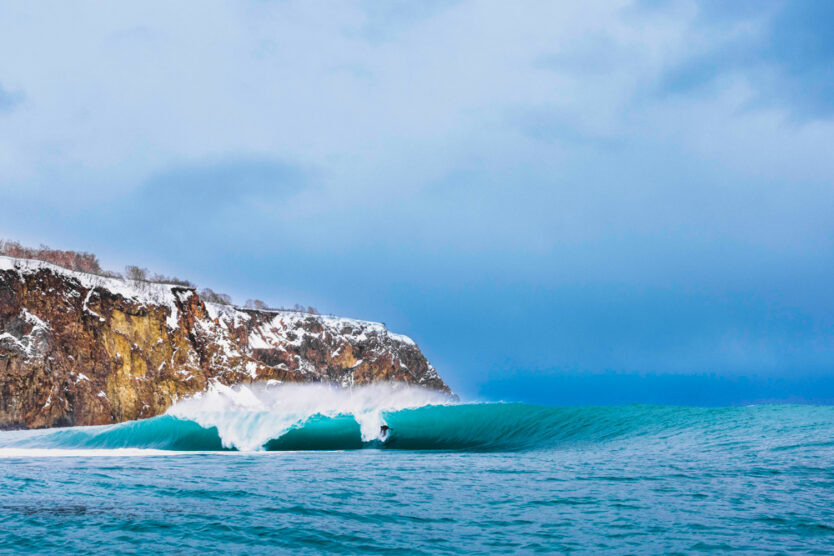 And then Russia invaded Ukraine the day you flew out?
None of us could have predicted that and it really did take us all by surprise. We had a few hours in Abu Dhabi airport to make some big calls on whether to continue or turn around and come home. With some solid reassurance from the crew on the ground in Moscow and back in Sydney, we decided to push ahead with the project. Some of our family and friends really didn’t agree with our decision—and we’re still trying to navigate everything—because what’s happening over there is so sad and very serious. 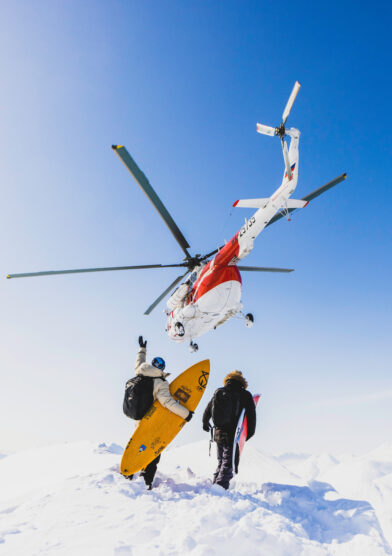 You’ve talked before about how as a filmer you like to highlight the human(ness) in your films—entering a country that declared war isn’t exactly what I picture as the setting for a prime human example. Were you surprised by what you found behind the Iron Curtain? And while your film is naturally quite landscape and surf-focused, how did you bring humanness into it?
Absolutely. I think everyone has this stereotypical idea of what Russia and Russian people are like, and after this situation, the world kind of turned against Russia. But the people we were with in Kamchatka and met over there were some of the nicest and most caring people I’ve met anywhere in the world, and just wanted to share their home, nature and culture with us. And without being political at all (which we have no right to be), I think you’ll see in the movie we introduce the audience to a few key characters we met along the way. The friendships we made and the experiences we all shared together will last a lifetime. 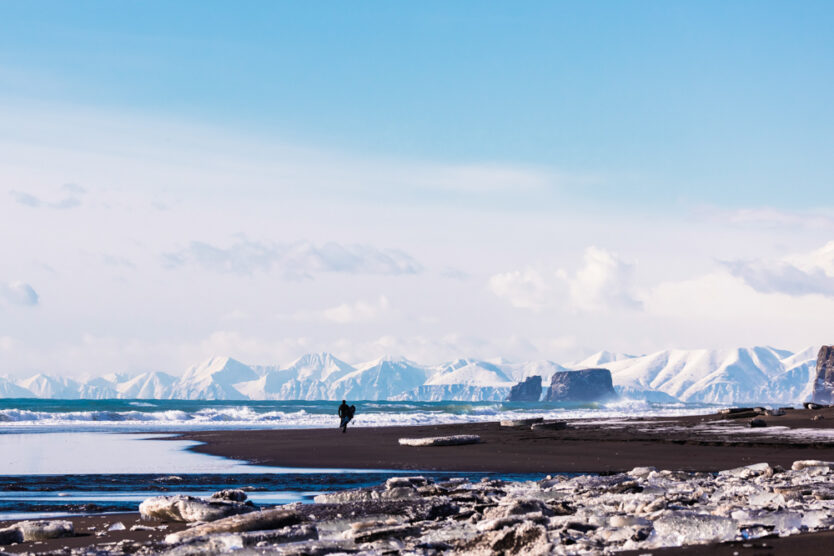 How did Fraser [Dovell] and Letty [Mortenson] come to be the chosen surfers for this trip?
Fraser came on our last trip to Iceland for A Corner of the Earth. This was kind of a coming-of-age story, finishing up the qualifying series and transitioning into a real-world job. So he was the first person we had in mind for a sequel-slash-next adventure. Letty, on the other hand, has never done anything like this. He’s Fraser’s best mate (and mine and Guy’s also), but he’s chasing the professional free surfer dream. He’s got some good sponsors and often flies to Indonesia to shoot a boardshorts or summer range, so traveling to the east coast of Russia in the middle of winter couldn’t have been more of a juxtaposed surf trip for him. But I think Letty will agree with me that this was the craziest and best surf trip of his life.

What was the longest time you physically stayed in the water filming in Kamchatka, and what mm wetsuit were you rocking?
When I was filming up there, I think I had a few ‘hour-long’ sessions, but it was hard work. Filming in the water, you’re not moving as much as surfing, so you get a lot colder faster. By that time, your hands and feet go numb; you can barely stand up, let alone surf well for the movie. Project Blank wetsuits jumped on as the lead sponsor of the trip and custom-made us 6mm wetties. At the end of the day, were lucky we had good wetties because it was no joke up there in the water… freezing. 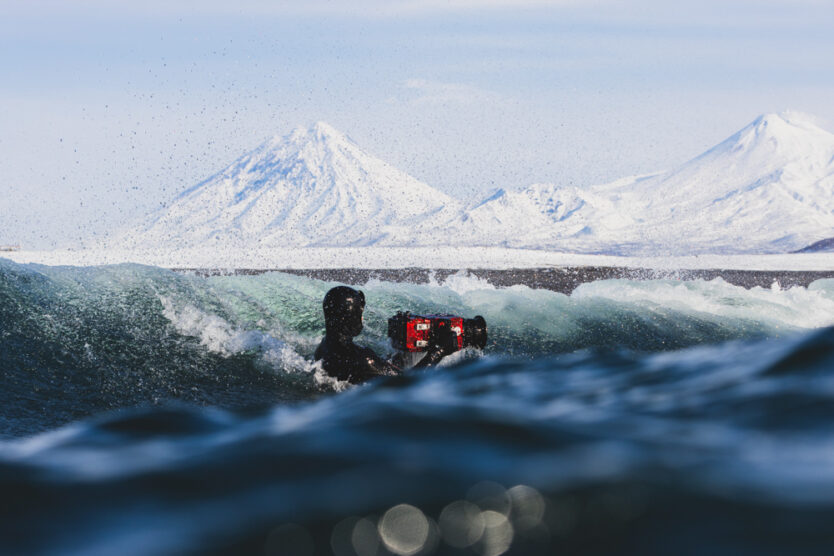 What was the coldest temperature?
The water was around two degrees Celsius on most days. The air got to around -20, -25 degrees Celsius, but when it was windy, it felt a whole lot colder. We had one day when we were transiting through a mountain pass on snowmobiles trying to get to the beach and got caught in a blizzard. That day with the wind chill was so cold that our goggles were freezing over, and we were shivering through about six layers. 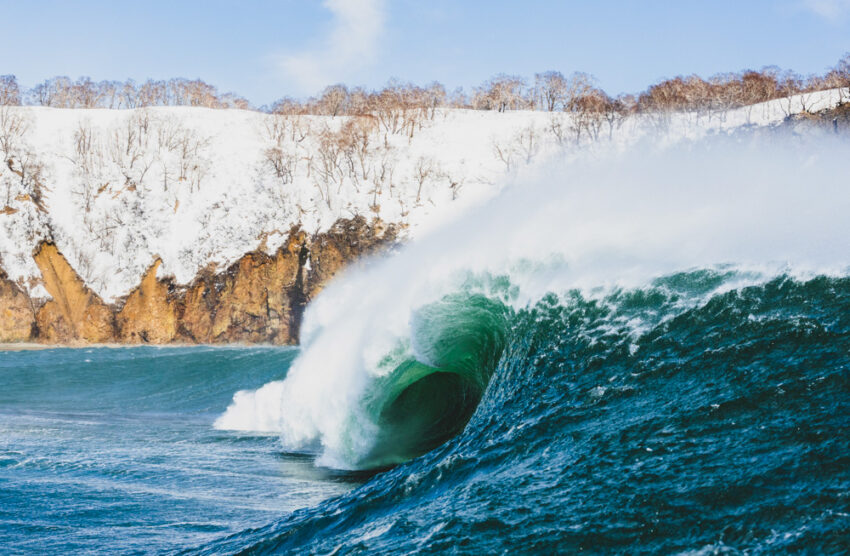 Tell us about the luxury frozen campouts in the snow? Is luxury a trick word here?
Haha! Wouldn’t call it luxury: sleeping on a snow-covered beach in – 20 degrees was definitely an experience none of us will forget. We got caught in a pretty bad storm one night while we were camping, and the wind totally flattened our gear tent. We just had to bunker down and wait it out till the morning. None of us got much sleep at all. 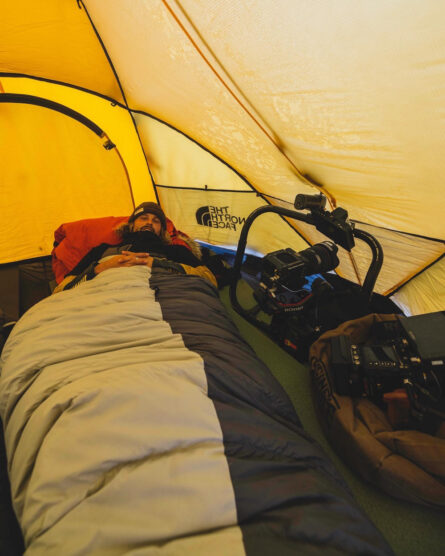 How did the first Corner of the Earth film propel you to where you are? Tell us about the exposure it granted you.
The first Corners project and film was such a growing experience for me. Looking back, I had no idea what I was doing at the time (and I’m still learning every day), but it was so cool to drop everything for two months, postpone work and set off on a trip with the whole purpose of working on a single project. It’s a cool feeling putting that much time and effort into a single project and then, after a year of working on the film, finally being able to share it with the world. The last film ended up doing really well, won a bunch of awards, got some solid international distribution and sold to some streaming platforms. Hopefully, this new film will get a good response too. If anything, I would love to inspire people to go chase their own dreams or go on their own adventures in life. That’s what it’s all about.

Tickets to Corners of the Earth: Kamchatka are available now. Follow the socials here.