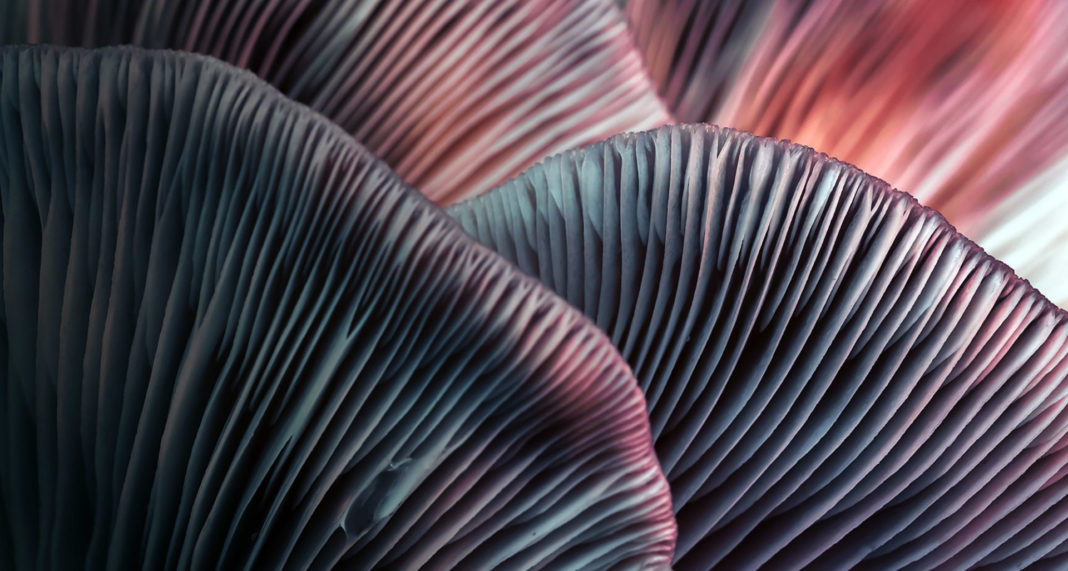 Recently, we wrote about a ground-breaking study being conducted by Monash University that aims to look at the use of synthetic psilocybin as a means to treat generalised anxiety disorder (GAD).

That study is being spearheaded by Dr Paul Liknaitzky, who was kind enough to sit down and chat with us about the study. Enjoy.

Can you tell me details of this magic mushroom study?

Yeah. Well, firstly, it’s not a magic mushroom study. We use synthetic psilocybin. So, the trial is the first clinical study to look at the potential benefits of psilocybin-assisted psychotherapy in the treatment of generalized anxiety disorder. And it’s also the first trial ever to look at this treatment for any primary anxiety disorder. So far, a number of trials have explored the effects on anxiety symptoms associated with physical illness or a terminal diagnosis. But that’s a very different kind of situation than chronic, entrenched, generalized anxiety. In this trial, we’ll be providing participants with high doses of psilocybin that are preceded and followed by a specialized form of psychotherapeutic support. Over the course of about two months, they will receive around nine psychotherapy sessions and two psilocybin dosing sessions. 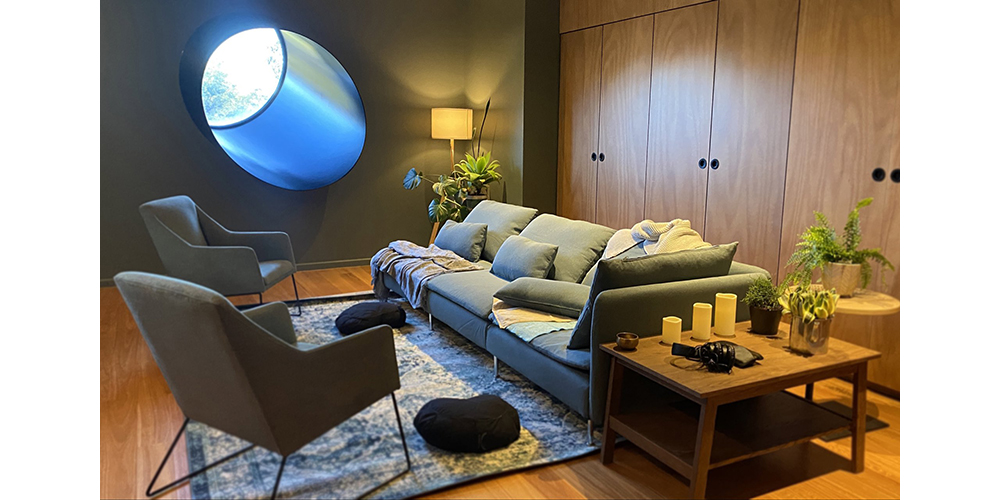 Right. And when you say high dose, what are we talking?

The doses will range between 25 milligram and 30 milligrams of psilocybin, which is analogous to about five grams of dried mushrooms.

Wow. Okay. That is hefty. And you mentioned that there have been other psilocybin studies into other forms of anxiety. What other conditions have been researched in the context of using psilocybin?

During the first wave of psychedelic research in the 50s and 60s, LSD was the most common psychedelic. The effects of LSD are a little different from psilocybin, but there is far more in common than not. A whole range of studies during the first wave explored the utility of LSD and LSD-assisted psychotherapy for alcoholism, neuroses, schizophrenia, and many other issues. In the current wave, which kicked off around the year 2000, psilocybin-assisted psychotherapy has been tested in the treatment of ‘existential distress,’ which is usually measured as depression and anxiety associated with a terminal illness, major depressive disorder, alcohol use disorder, nicotine dependence, obsessive-compulsive disorder, and other conditions. Most of these have been small pilot studies. We are only recently starting to see the first few studies using well-controlled methods and enough people to say something reasonably reliable about the effects. Over the last couple of years, we’ve seen a massive uptick in funding, and research programs. The field is exploding.

That is exciting. And how promising were the studies pre-prohibition?

The evidence is still emerging. There remain a number of key methodological issues in the field that have not been resolved, limiting what the data can tell us about reliable and sustained treatment effects. And the body of research in the modern era remains very small. I often encounter people who are very excited about psychedelic therapies who believe that we’ve got plenty of evidence to roll this out en masse, and that the only reason we don’t have psychedelic clinics on every corner is to do with politics. Well, politics have played a key part in the frustrating history of psychedelic science over many decades, dramatically slowing progress down; however, no psychedelic or MDMA treatment has yet satisfied the standards we apply to any new medicine. Also, the body of contemporary evidence remains small; and the evidence from the first wave, while useful and interesting, does not satisfy modern standards of rigour. In fact, in terms of published data, across all the trials in the modern era, only about 250 patients have been treated with psilocybin-assisted therapy for any mental illness, and about the same for MDMA. So, you know, compared to what we see in other drug trials, those numbers are very small so far.

So yes, the evidence is incredibly promising, and there’s a lot of reason for hope, but there’s also a lot of hype attached to the hope. A number of empirical factors indicate to me that it’s very likely there’s a there there, but this is not in the bag yet. Also, in the process of testing psychedelic-assisted psychotherapies, we are also changing them in all kinds of ways.

Right. And then when you’re talking about treating Generalized Anxiety Disorder, what is the metric by which you determine if someone’s condition has improved, versus stagnated?

Well, we have a whole range of assessments. These include clinical diagnostic interviews that psychiatrists do to diagnose whether a person has GAD or not. We can look, therefore, at what is referred to as treatment response and remission. And then we have a whole set of clinician-rated and self-rated measures around anxiety symptoms, and also processes related to anxiety. For example, people with GAD tend to have an intolerance for uncertainty in general, so we assess things like that. 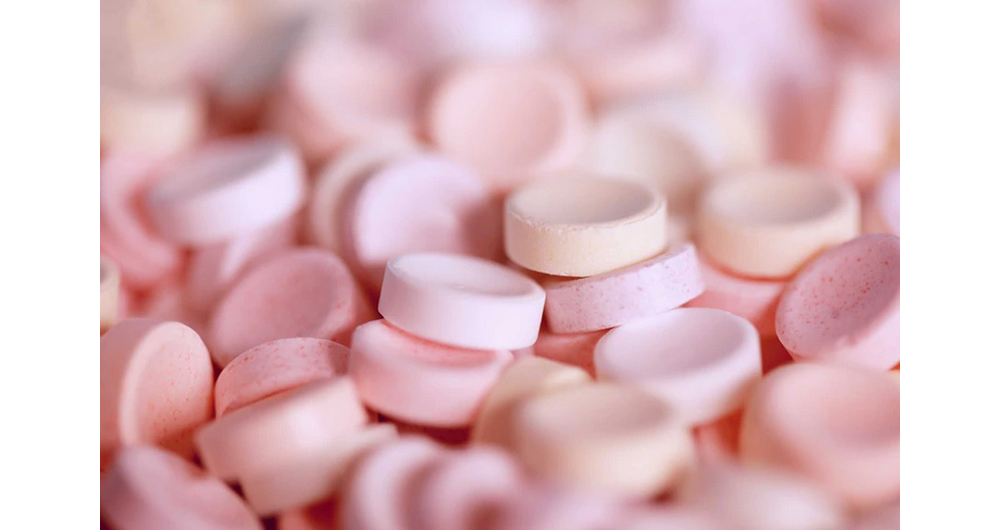 Okay. And was it difficult to get approval for this study? I don’t really know the process of getting studies approved. But given how ground-breaking it is, does that make it harder to get off the ground?

Well, most clinical studies are hefty things to get off the ground. Yes, adding psychedelics into the picture tends to add complexities; and then doing a world first comes with further risks and opportunities. We needed to satisfy the highest levels of rigour, ethical standards, and safety—and those requirements are there for good reason.

However, I don’t believe we faced any of the kind of socio-political hurdles that have previously been a challenge for psychedelic researchers. In this case, it appears to me that our ethics committee took a completely non-partial view of the whole thing and considered this trial like they would consider any other trial: on its merits and its risks. So, I don’t feel like we had any kind of undue constraints in getting this approved. In fact, the ethics committee at Monash are excellent and have been effortfully educating themselves on the emerging field of psychedelic psychiatry. But yes, it has been many months of work and effort to build the protocols and the infrastructure, to select the therapists, train them up in a way that is in line with best practice, and prepare to conduct this exciting trial. Sometimes I marvel at the massive infrastructure and set of procedures required to give someone a well-supported psychedelic experience in this context.

And I understand that you’ve established a psychedelic lab, correct?

Yes, I’ve set up Australia’s first clinical psychedelic lab, which is something of a milestone for the country. The lab is a platform upon which we are building a long term and highly ambitious program of psychedelic work. This is by no means just one trial. We are also establishing other trials, and a number of additional projects will be announced soon. We now also have a large group of psychedelic therapists. These are qualified and experienced clinicians in their own right, who have received substantial training through my lab which is heavily informed by international protocols and experts in psychedelic treatment. They will then work with patients under supervision for the duration of the trial. 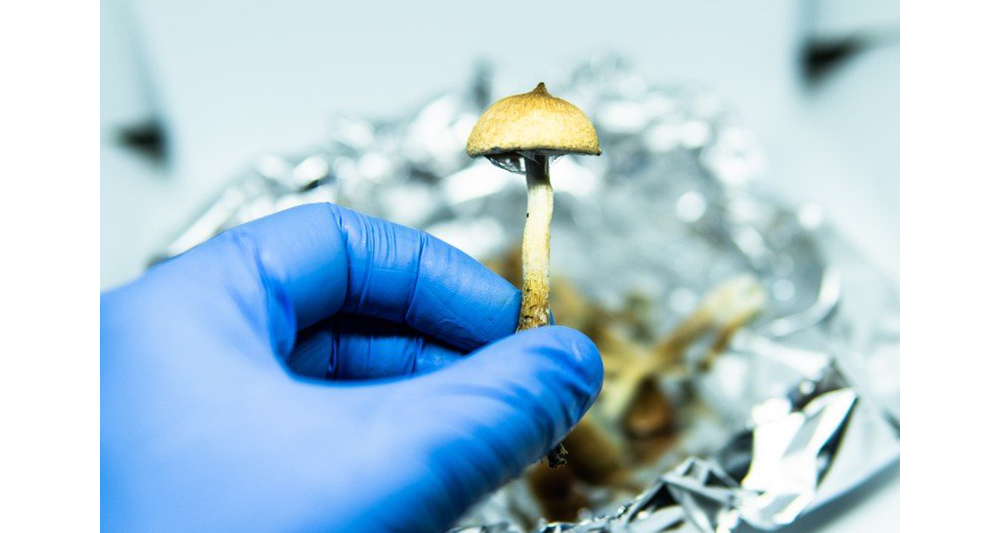 And the therapists involved in this study also have the choice to take the synthetic psilocybin themselves in a clinical setting as part of their research, right?

What inspired this approach? I’ve heard this approach has been taken in shamanic contexts, and that plant medicine practitioners would often take the medicine themselves in order to learn what was best for their patient.

Yeah, no, it wasn’t really that. Though I’m well aware of various shamanic practices with psychedelics. During the first wave of psychedelic psychiatry, it was often considered sensible for practitioners who were prescribing LSD to have had experiences with LSD themselves. It was actually quite normal before these drugs were scheduled and prohibited. Contemporary psychiatry looks very different to psychedelic therapy, and people often say to me something like, ‘but I don’t need to take Prozac before prescribing it.’ The model here is very different. My motivation for giving our therapists the opportunity to have had psilocybin prior to administering it, is to better support the participant.

One way to think about this is by analogy: in psychedelic therapy, you prepare a solid launchpad, and then you rocket your participant onto another planet that is profoundly unfamiliar and often challenging. You need to help them befriend alien monsters and uncover misplaced treasure, and you need to do that via long-distance radio communication. Given the challenges and what’s at stake, it may be a good idea that the professionals working in Ground Control have been to that planet before, or someplace similar. Another rationale is that the vast majority of participants in these trials naturally feel anxiety going into a high dose psychedelic experience. They’re not doing this for fun, they’re doing it because they’re in distress. And so they will invariably ask their therapists, ‘Have you done this yourself?’ It goes a long way in terms of providing a degree of trust and comfort to the patient if the therapist can say, ‘Yeah, I’ve been there. In fact, I’ve been there while in this very room with clinical support. And I survived it. And now I’m all the better equipped to help you survive it, too, and benefit.’

You mentioned that you’ve been trying for quite some time to get a psilocybin study underway. What is your motivation behind pursuing these psychedelic studies?

Well, this seems to me to be the most promising new option in mental health treatment at present. That is, if we follow best practice in psychedelic-assisted therapy, and deliver this in a well-supported way, in a conducive setting, by well-trained and supervised professionals, then this is looking promising for a range of mental health conditions. Also, I’m interested in the human condition, human distress, human potential, and human consciousness, and I don’t think you can have these interests without also being interested in psychedelics.

And assuming this study is successful by some measure, do you have plans to investigate other compounds within the psychedelic realm for other conditions?

We already are. Currently, within the Clinical Psychedelic Research lab that I’ve established at Monash, we have commenced two trials. One is this psilocybin study, and we’re also establishing an MDMA for PTSD trial, which has a lot of support from MAPS, the Multidisciplinary Association for Psychedelic Studies. They’ve trained up our therapists, and they’re providing supervision for the duration of the trial, in addition to the study drug, and a range of other support.

We also have other survey studies, training programs, a therapist self-experience psilocybin study, and various other projects. There is an enormous amount happening. And we will also be contributing to professional and public education. Many people are just tuning in to psychedelics, mental healthcare workers and patients, and the conversation is often overly simplistic. We need to develop and test ways in which we can fulfil the promise and the hope, while not getting sucked into the hype, which has a whole set of negative ramifications for people, and for the field.

For those struggling with GAD who are looking to participate in the study, you can write to psilocybin@monash.edu and ask to be placed on the participant notification list. For general or other enquiries, please write to psychedelic@monash.edu