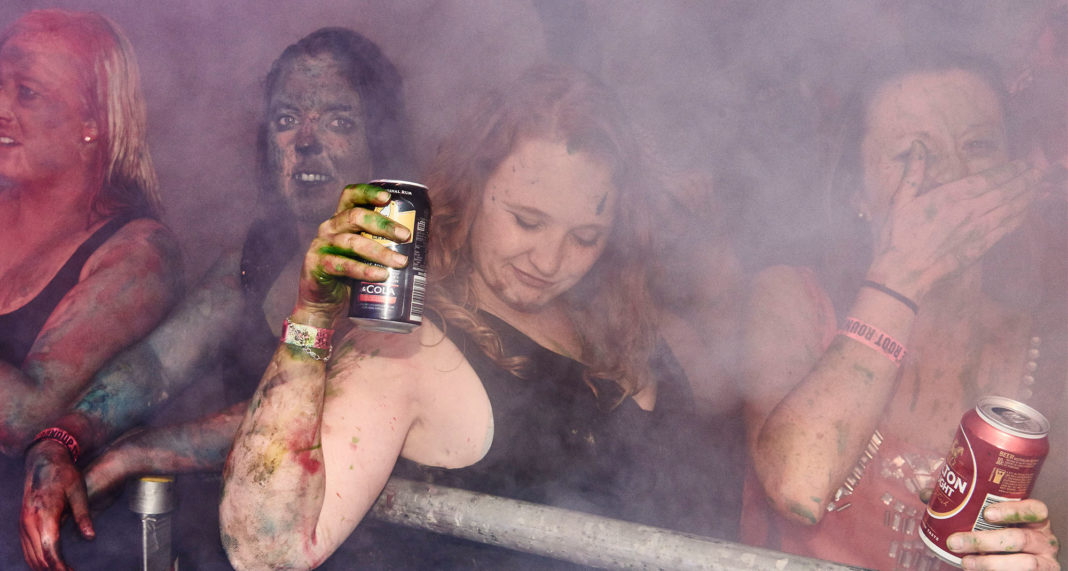 For many Australians, especially creatives, receiving a letter from Tim Winton would be the stuff of dreams.

The salt-encrusted author, conservationist, surfer, and general go-to-for-answers-to-ethical-questions guy seemed to narrate most Aussie millennials’ childhoods. So when Sydney-based photographer Ingvar Kenne received a very polite rejection letter from Tim Winton when requesting an intro to his latest book, The Ball, it was enough to know he was onto something.

Deciding to publish the rejection letter in place of an essay, Kenne’s book has since been met with both wide and loud applause from the photographic community. Exploring the culture of B&S balls in Australia’s interior, the book is a chaotic and anarchic glimpse into what was once a white-glove-wearing affair aimed at facilitating relationships for isolated farmers.

And with little more than a quick skim of Wikipedia, Kenne was driving off into the desert at 4 am to his first B&S Ball, a continuation of his democratic approach to subject matter and a sweet foray into well-composed anarchy. 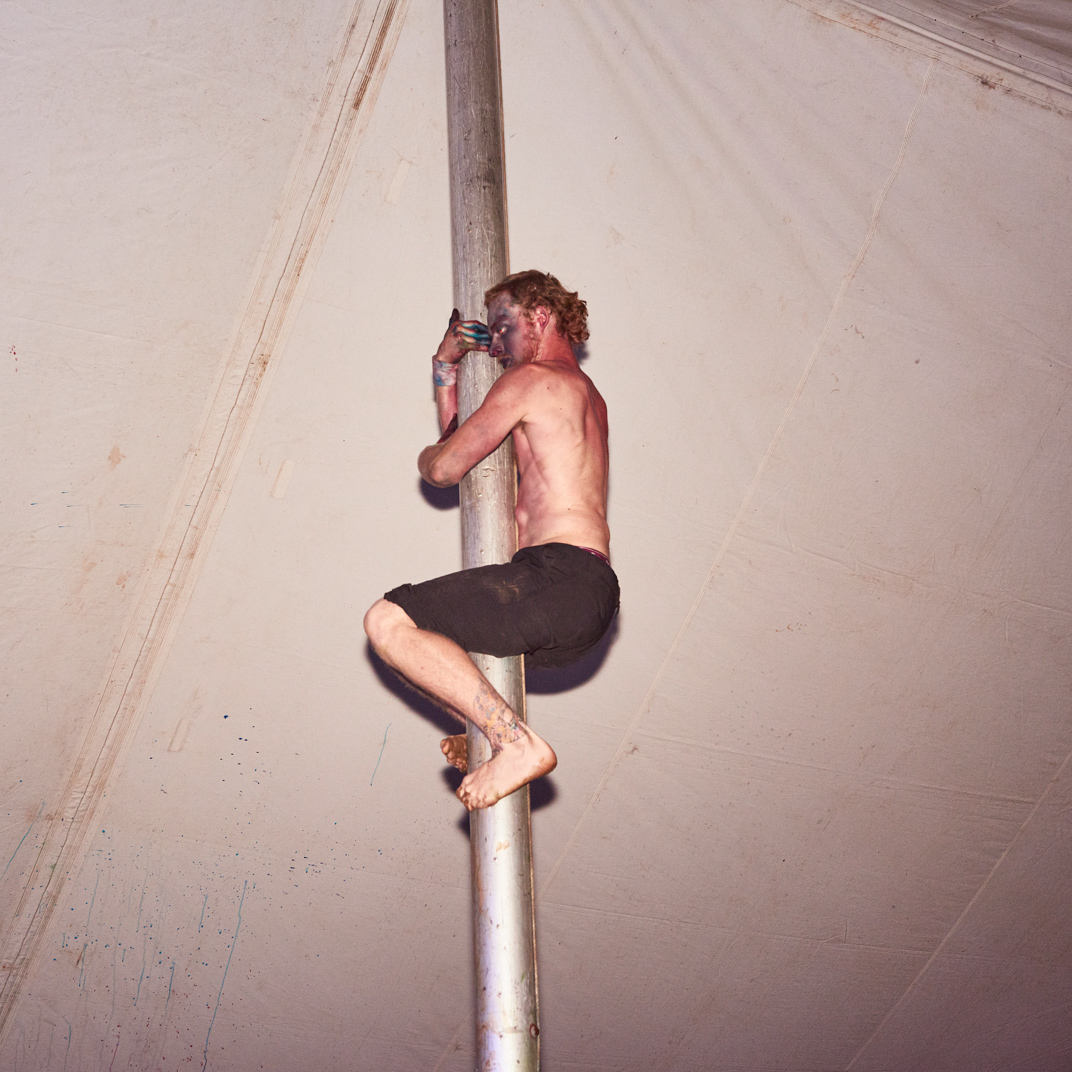 How did you become aware of B&S Balls and what sparked your interest in them?

I had done a few projects in the past: the karaoke work and The Hedgehog and The Foxes, both being settings with people congregating in dense numbers, bottle in hand. A friend suggested I continue with an all-out drunk Australia book, and suggested B&S balls. This was a bit over three years ago, and it was the first I’d heard of them, in spite of having lived here for two decades. With the balls, it became immediately clear that these country throngs were, to me, completely alien. I have no real interest in alcohol or cultural events based on it, though I seem to end up in that space frequently. The anarchy in movement and intensity of repeated and heightened human emotions is spellbinding and keeps asking for further scrutiny. 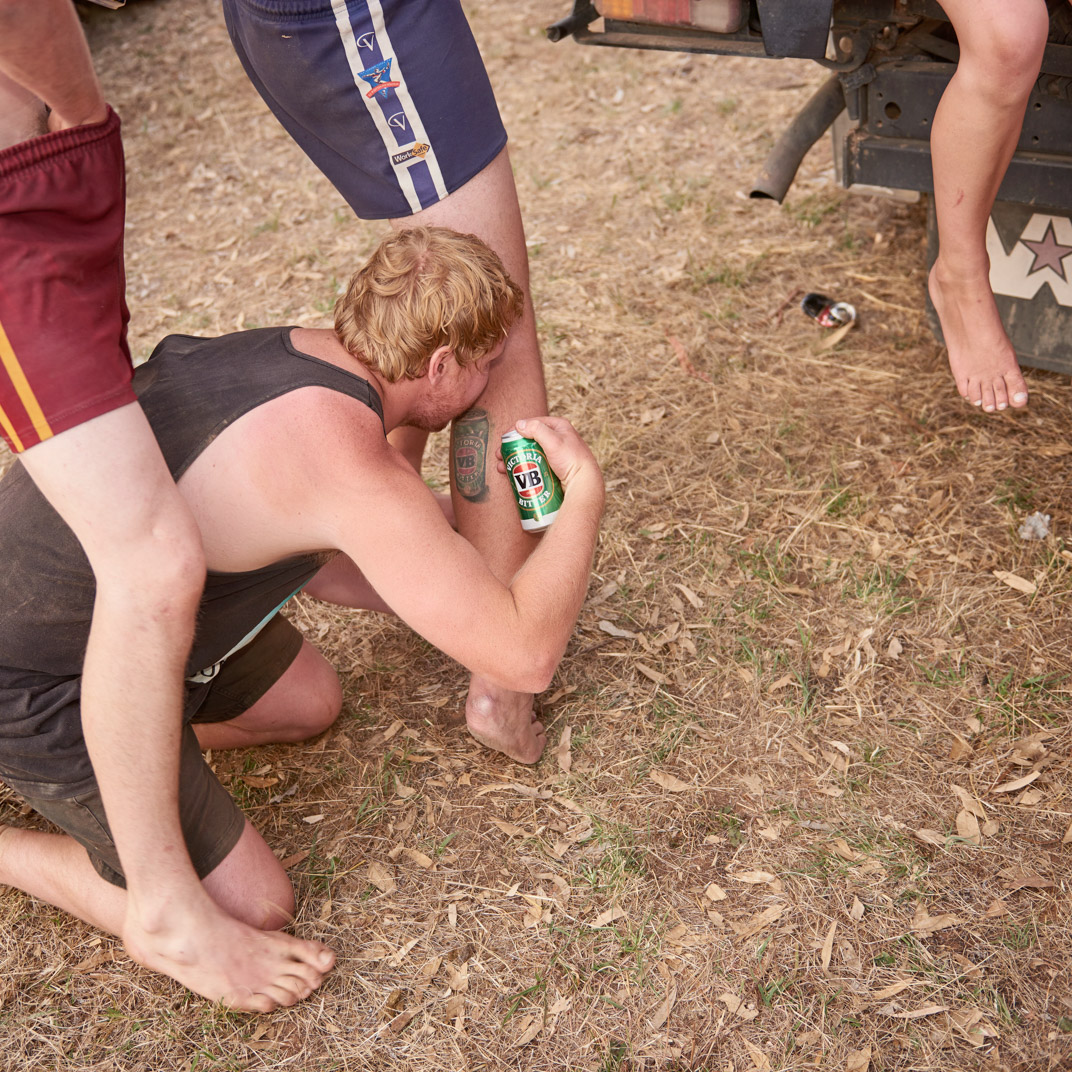 The images elicit a sort of Martin Parr aesthetic. How constructed was your approach to photographing—were you actively looking to espies certain ideas or it was more simply reactive?

With all my personal work, I like to enter a project as uninitiated as possible and without any preconceived ideas. I’d literally read one Wikipedia page and done a Google image search before I drove away for my first B&S experience. I tried to stay neutral–like a good Swede–and see what happened. That experience of walking into a dusty mosh-pit of 1000 intoxicated youth was really frightening. And still is.

The thing is, though, the people going to these Balls are really proud of them. This is the Facebook generation. They want to be seen, tagged and share their experience. Being much older and clearly not there to party, I was received a lot of attention, but my level of anxiety always turned out to be unwarranted. I was welcomed and included in the fun. And that’s what they are there to have: fun. I never experienced and hardly saw any aggression, and I think that sense of unbridled merriment can be seen in the work. 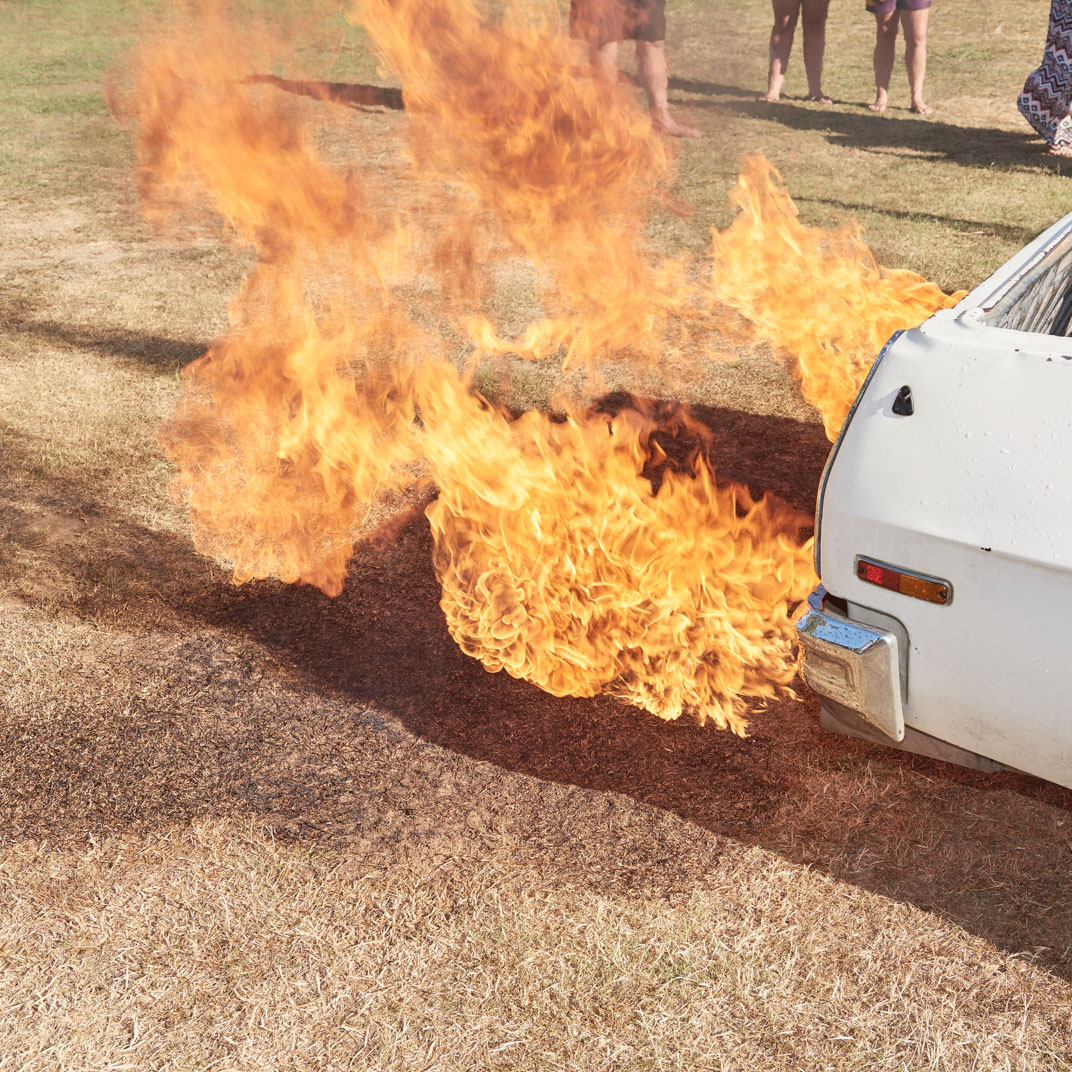 Somewhere within the bedlam, the images that resonate with me kept coming—it’s an environment that keeps on giving. I found myself gravitating to moments of suspended harmony, chaos paused, without a singular way of viewing it. I never looked back on the images until I had stopped shooting. I didn’t want existing images to get a hold of me and start informing of what I might be lacking. So I guess the answer is that it was only reactive. 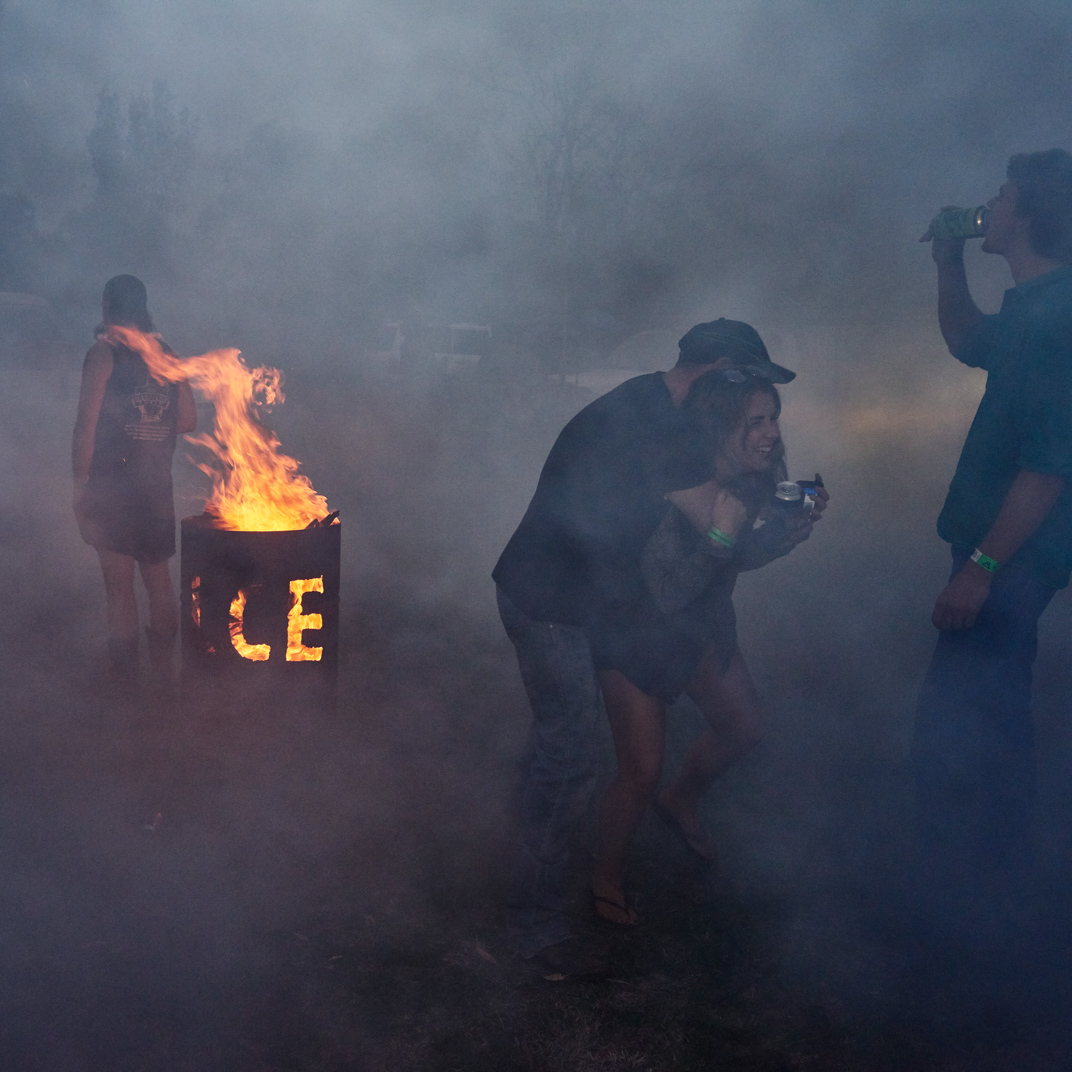 On that note, I love the letter from Tim Winton in the book. Basically, a rejection letter. What did Tim find ‘heartbreaking’ about the series?

I sent Tim Winton an unsolicited box of pictures. He returned it a month later with a very thoughtful and generous response. Yes, he kindly declined to contribute, but the letter remained with me and I asked him if I could publish it in full.

I’m can’t guess at the reasoning behind his words, however, I did become aware that my box of prints seemed to arrive with perfect timing related to his own work. He was in the process in preparing a talk about toxic masculinity in Australia, to coincide with the launch of his latest novel The Shepherd’s Hut. Maybe he saw the images of B&S balls as one of the foundations of that issue. As he later said in his lecture: ‘Toxic masculinity is a burden to men. It is men who need to step up and liberate boys from the race, the game, the fight.’ 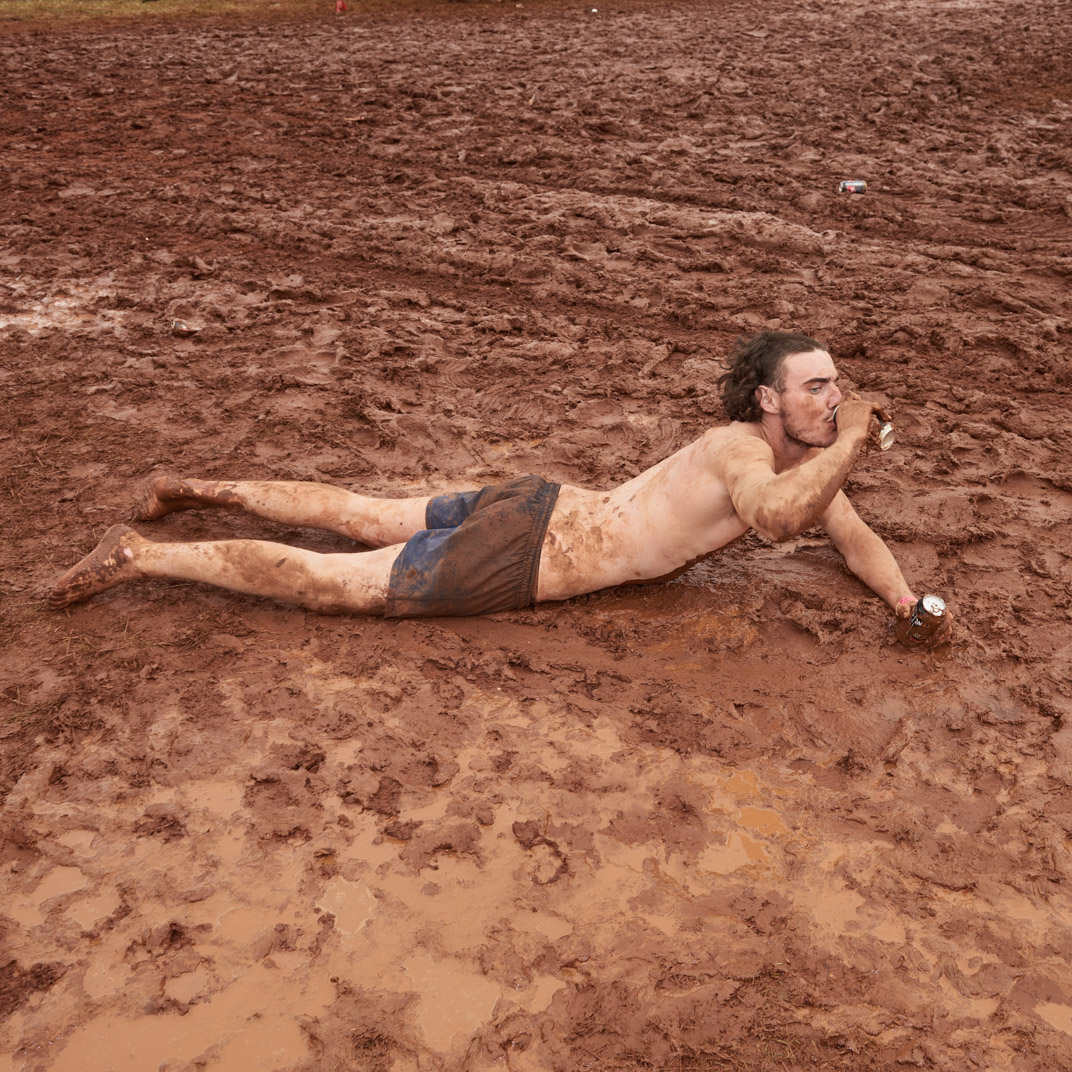 In your letter in the book, you state that the series could be interpreted as ‘youth taking control of their journey in a need to break with authority in their lives.’ Would you mind elaborating on that a little?

I left home at 16, and I encourage independence and finding your own way in the world. No one can do it for you. We all have to grow up and how we do that is reflected in the times we live in. I see great value in strong family and community ties, where knowledge and moral codes are passed down to the next generation. We still want to belong, so if those ties are weakened and partly replaced by a reliance on what everyone else is doing, then the way these balls present themselves might be a reflection of that. 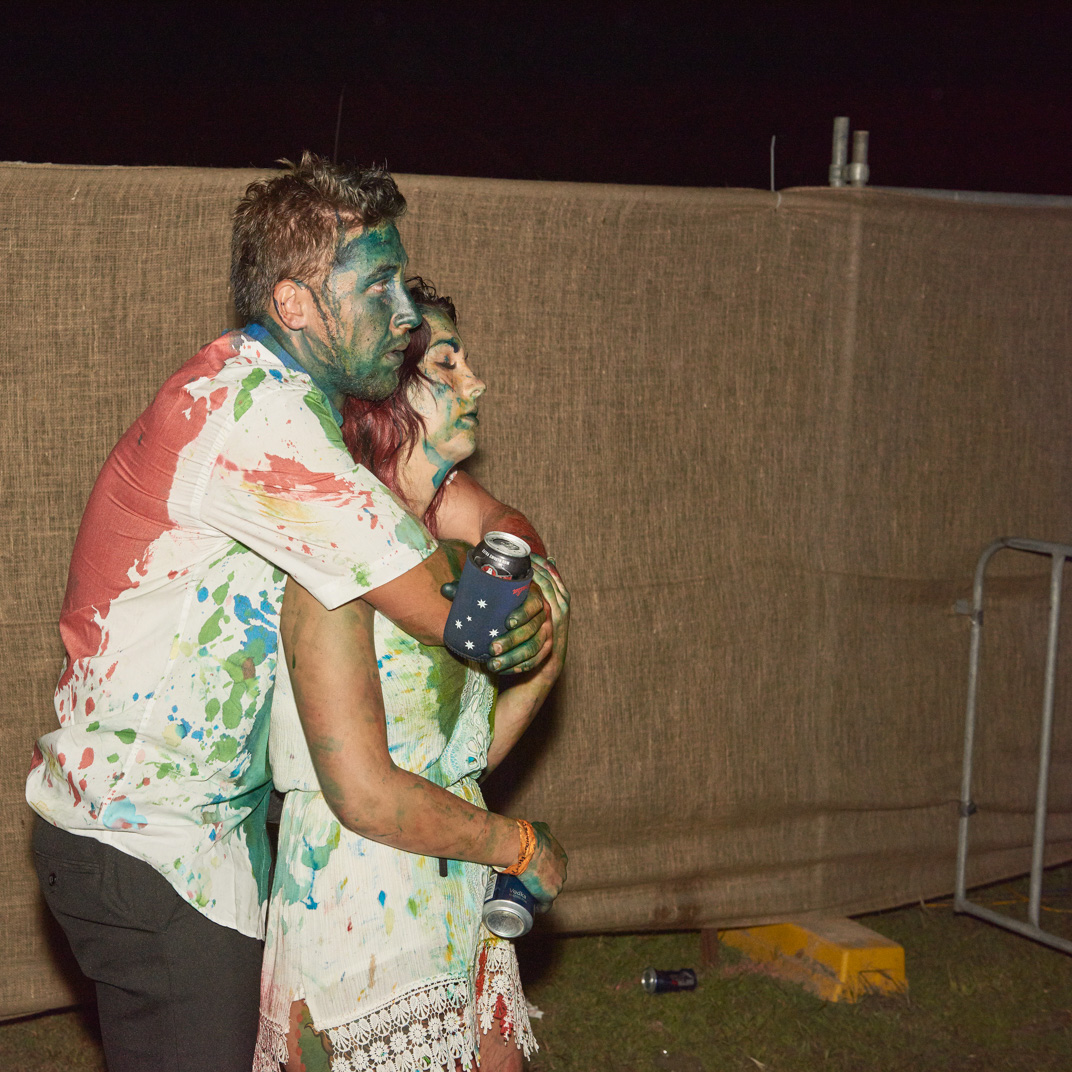 What does your editing process typically look like for a book and did it waver much for this project? Did you have collaborators on the edit?

For me, it’s all about the singular image. It has to work in isolation and over time. If I keep coming back to it and have a continuous dialogue in my head, it will be considered in the final edit. Clearly, I had a lot of images to sift through and I tried to be really quick and reactive about which images got put aside for further scrutiny. With 200 to 300 images in the pile, a certain pattern started to emerge. I found that if the image existed because the camera elevated the anarchy to fever pitch, then it was omitted.

Gosta Flemming, the publisher, was a big part of the discussion of inclusion, omission, cover art, and overall design all the way through the process… plus a few friends whose opinion I value. In 2017, I did a photo book making a course with Corinne Noordenbos in Croatia, putting The Ball on the table. It was an amazing experience and opened up endless possibilities on what a photo book can be, and how the material at hand should inform the choices every step of the way.

Corinne has this amazing ability to never comment on your images; instead, she asks crucial questions that you have to answer and justify for yourself, more than anything. In the end, we settled on the flow of images being as unexpected as the content. The layout is quite rigid, but we never wanted the viewer to be able to anticipate what the next spread would be or getting settled into a routine. We wanted it to remain a surprise and aid the twists and turns of what you are witnessing. 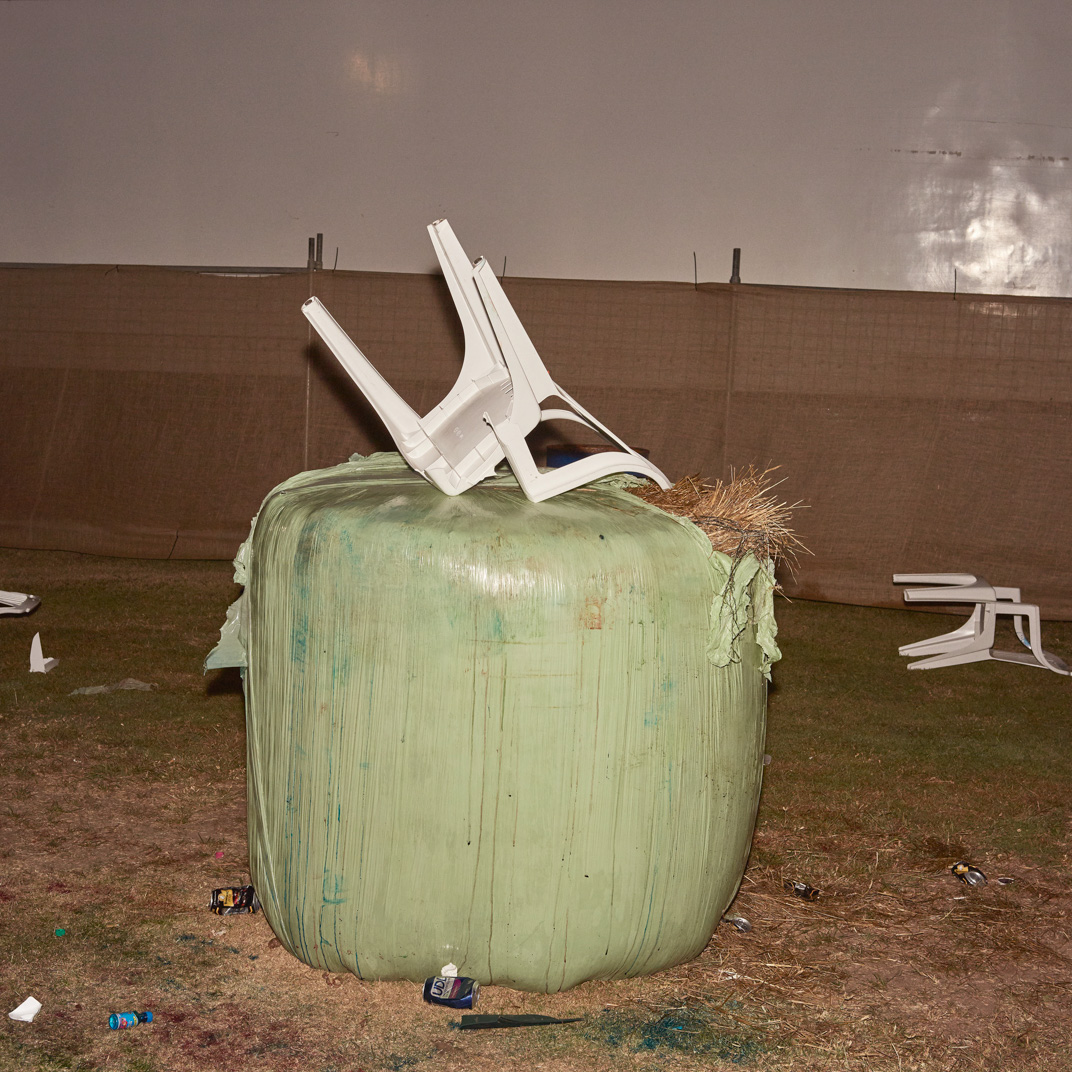