According to recent studies, 100% of Australians love day drinking (especially if said day happens to be a Sunday).

The activity more commonly known as a ’Sunday sesh’ came into full effect last weekend, as the streets of Newtown were flooded for the annual King Street Crawl. From the top to the bottom of King Street, every pub, bar and club was filled to the brim with punters of all ages searching for the best live music and the coldest beer on the Inner West strip. This year was the first chance I’ve had to attend one of the best free events in the city, and it certainly lived up to its frothy reputation.

If there’s one thing King Street Crawl is known for, it’s the quality and quantity of live acts on offer over the course of the day. Of course, it’s physically impossible to see them all… unless you clone yourself 100 times over and make sure all 100 clones remain sober and don’t get sidetracked. With so many bands playing, it’s wise to have a game plan, otherwise you’ll miss everything and hate yourself for it. Here’s how my rough plan panned out.

Kicking the day off nice and early, the legends over at Thrills opened their new shop doors for a pre-King Street Crawl party. (FYI, Thrills’ Newtown storefront will be opening soon and it’s right next to Clem’s Chicken shop—a match made in heaven.) With Sydney heartthrobs the Pist Idiots belting out the tunes, the store filled quickly and the beers poured freely, providing the perfect warmup for the official start to The Crawl.

Bootleg Rascals frontman Carlos Lara got it going early at Marly Bar, under his new solo moniker, Junie. If you like Anderson .Paak, you’ll like Junie—check him out. Next up was Kelly’s and, given their solid lineup, I could’ve easily stayed there all day. Mini Skirt took to the stage, with frontman Jacob Boylan dedicating their set to retiring Cronulla Shark, the great Paul Gallen. From there, things quite literally kicked off. The boys pulled a serious crowd, and things got hot and sweaty real quick. After a quick immersion in the rowdy crowd, Jacob returned to stage with a busted nose, spilling blood all over himself in true Paul Gallen form.

Word on the street was the Cosmic Psychos were making a last-minute appearance at the Newtown Hotel, and with a line stretching out the door and down the street, it was obvious I wasn’t the only one with an ear to the ground. They played classic after classic, rounding the set with a tune that couldn’t have been better suited: ‘Nice Day to Go the Pub’.

Running back to Kelly’s, I caught a solid performance by Sydney’s post-punk band, 100, and from there all of my best-laid plans went out the window. I decided Johnny Hunter and Straight Arrows were the best way forward and headed to Marly Bar’s bottom floor, which was packed from front to back like a tin of sardines. I’ve said it before, but Johnny Hunter knows how to get a crowd going. 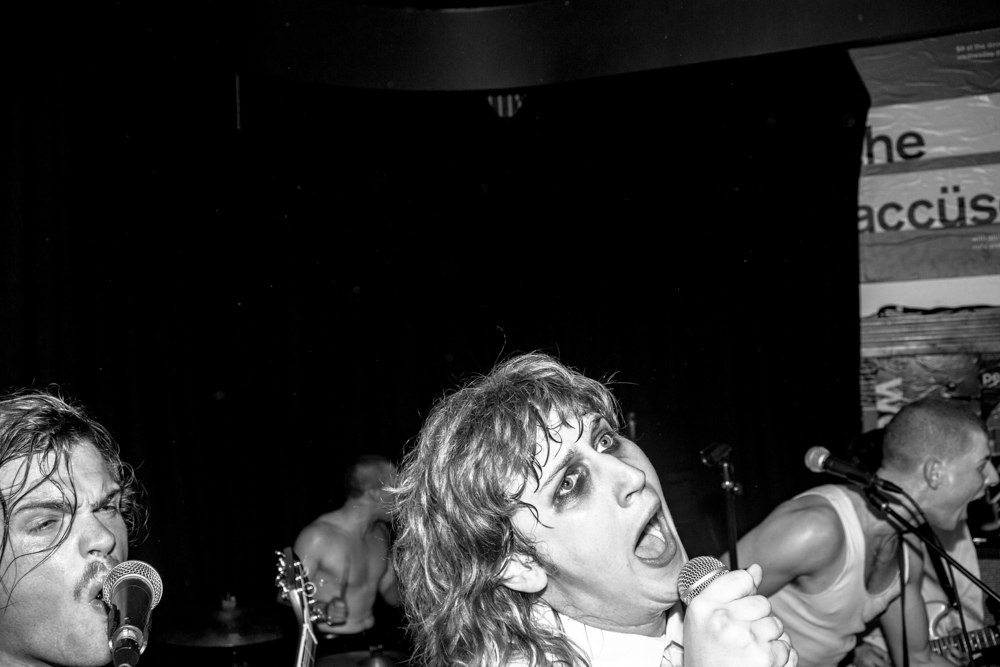 Garage rock lords Straight Arrows closed the night at Waywards, and was by far my favourite set of the day. Frontman Owen Penglis lost his shit and so did the audience, with crowd surfers and beer being thrown everywhere. It was truly the perfect end to the day. Until next year King Street Crawl. 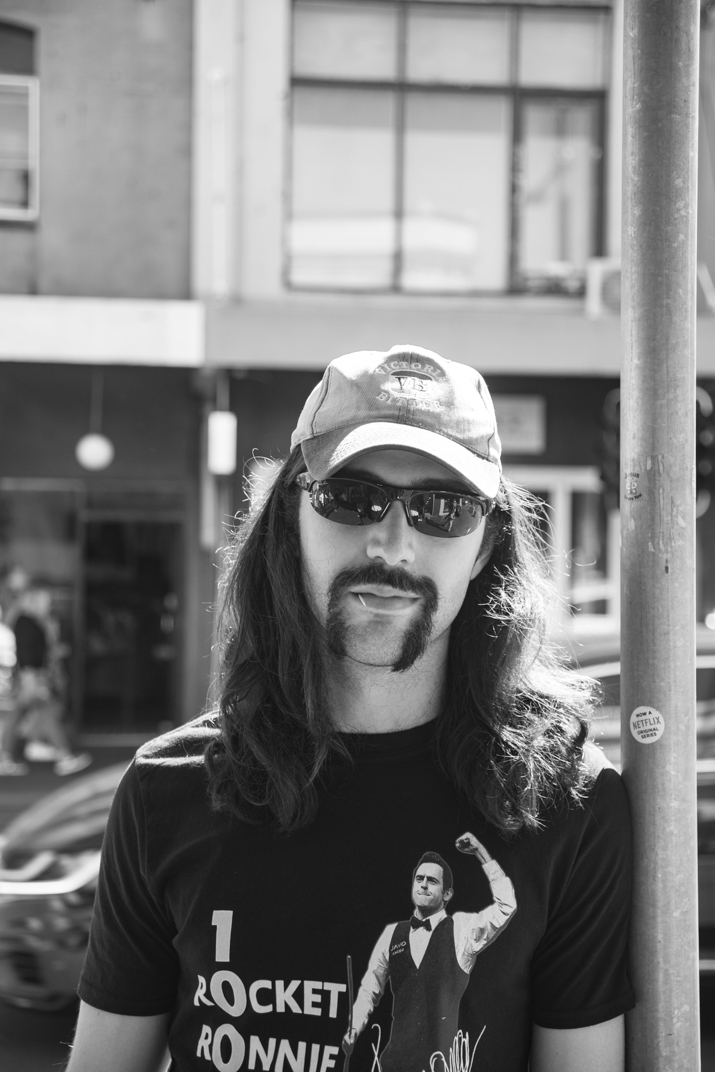 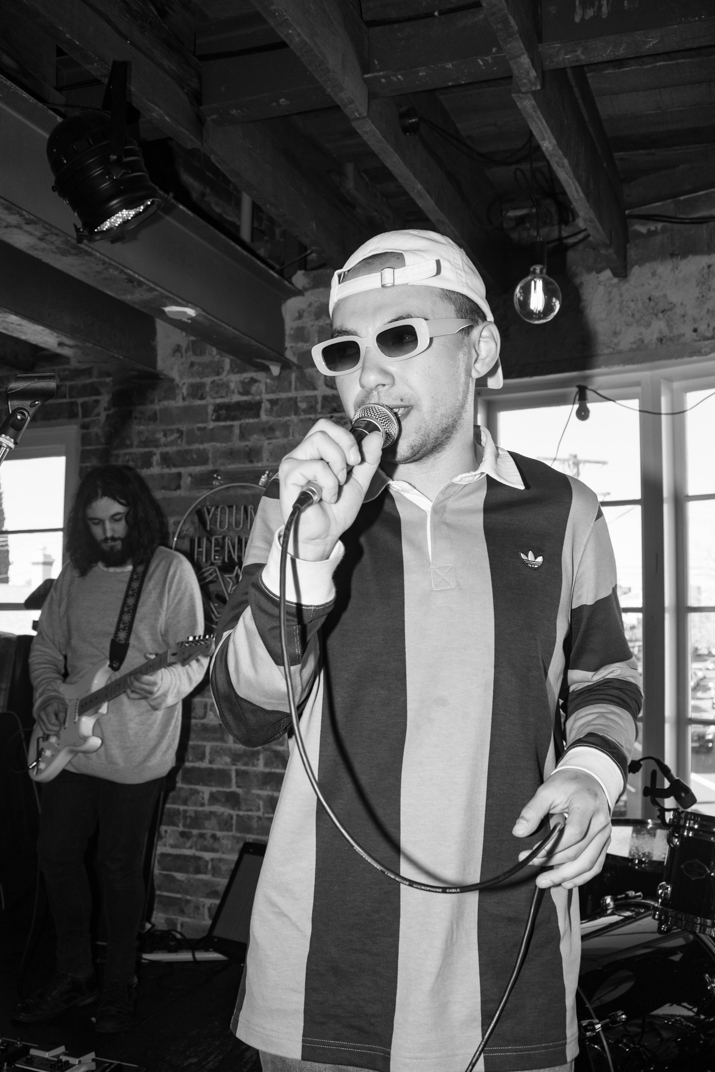 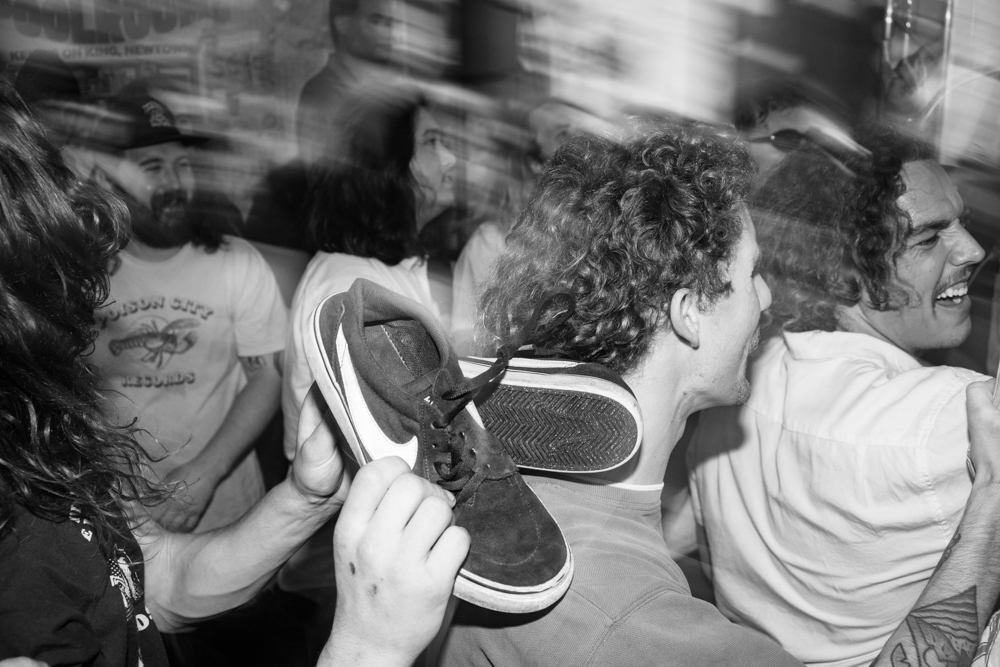 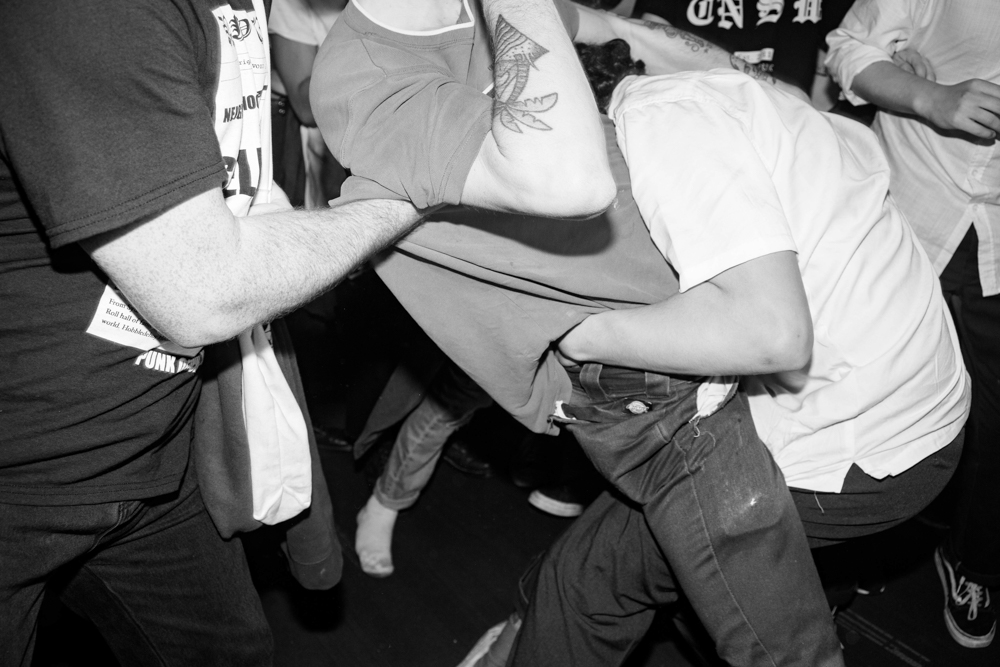 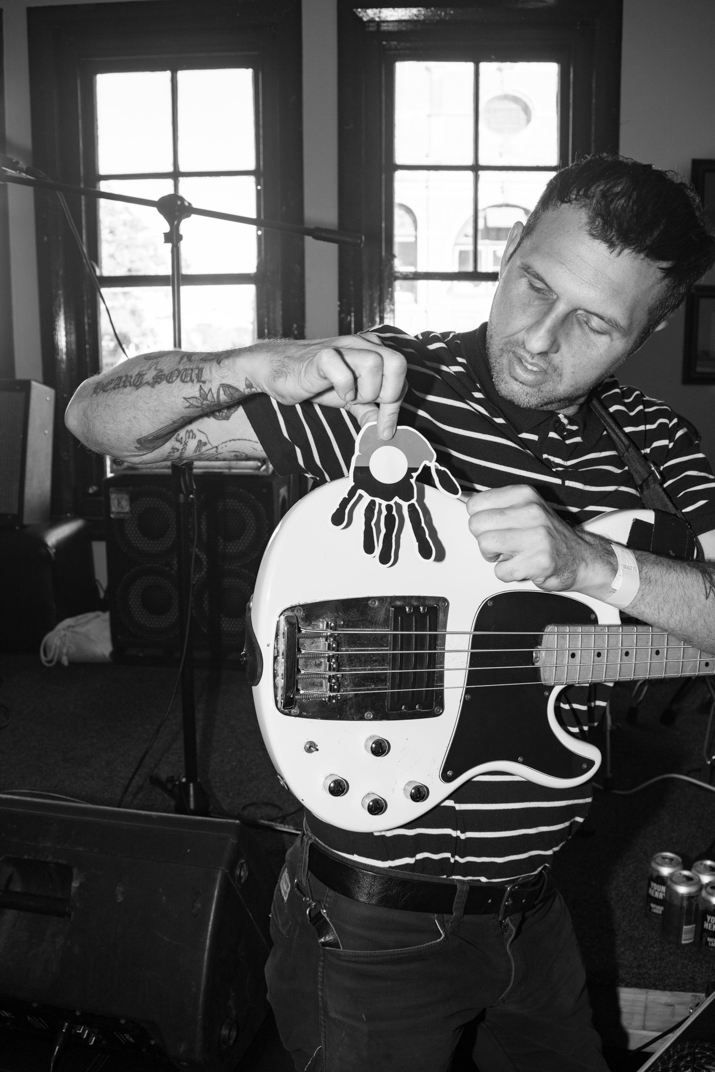 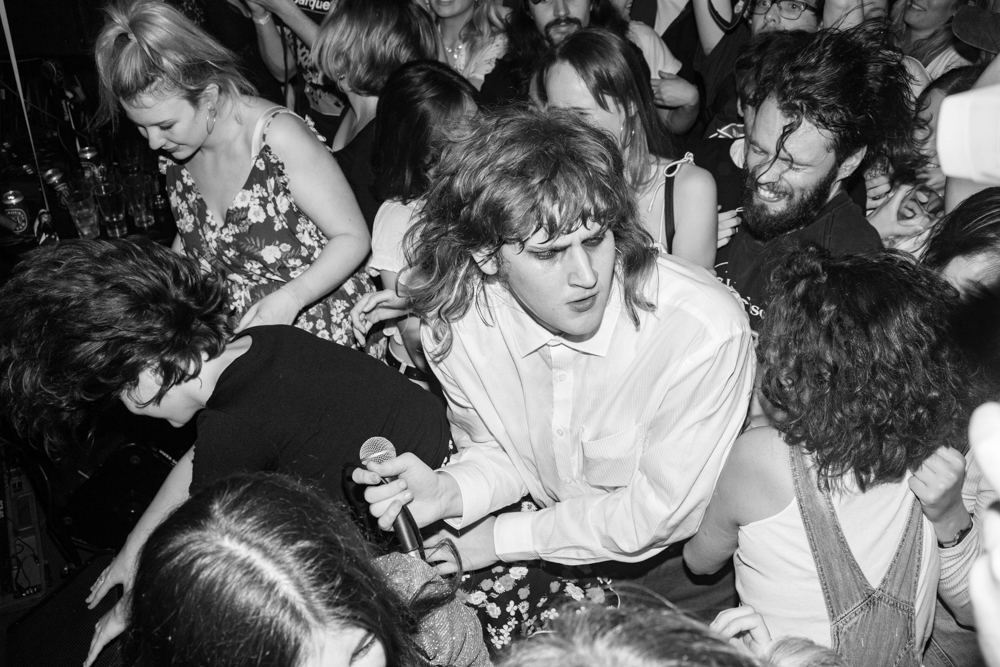 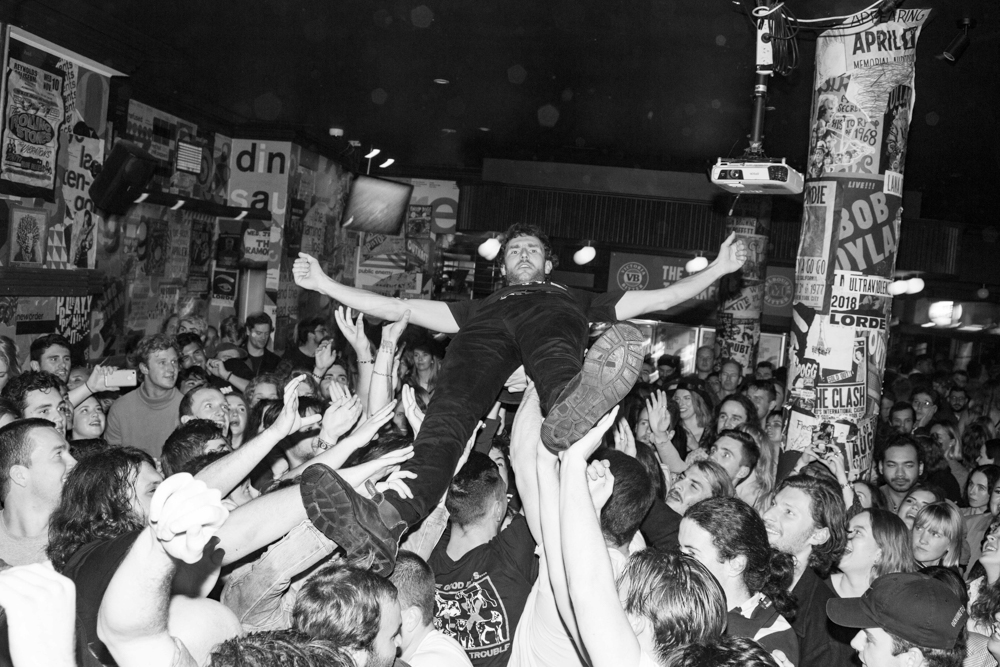 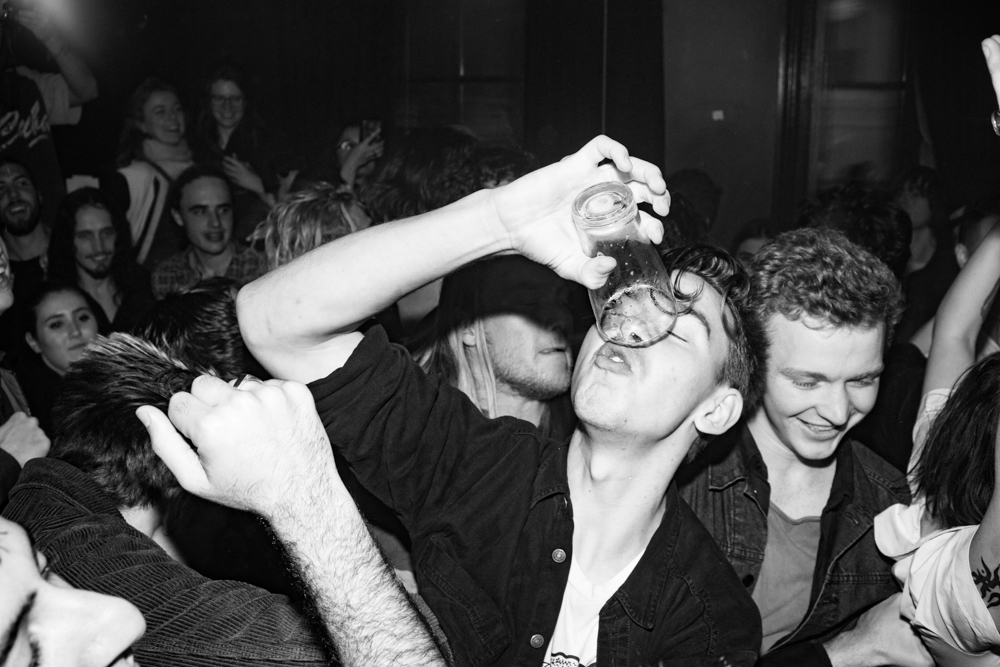 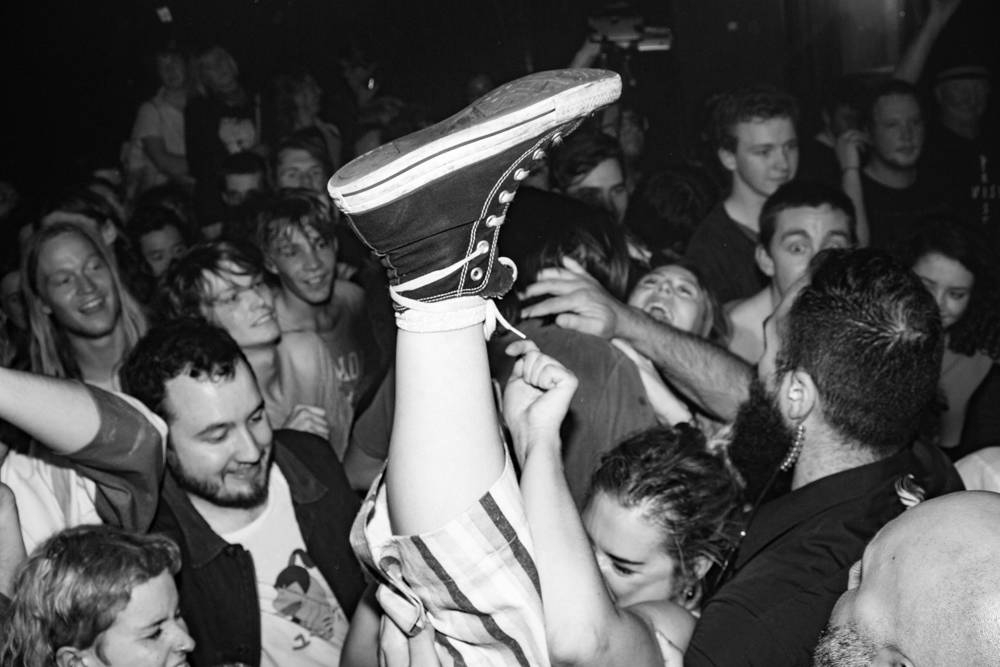