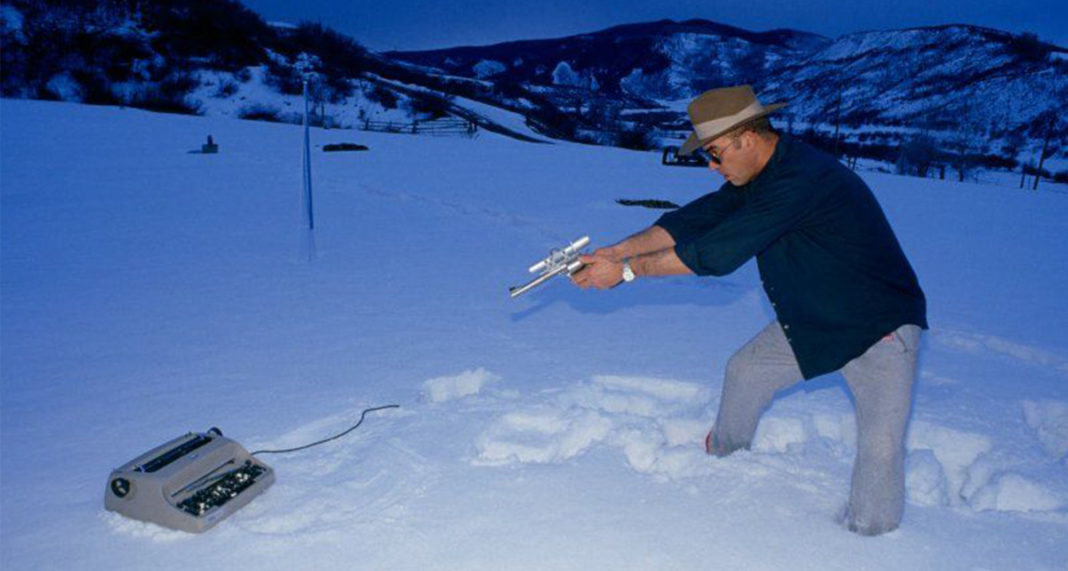 I’m no Charles Dickens—I’m barely James Franco—but I’ve been in this game long enough to know the difference between good and not-so-good writing.

Am I an expert? Well, I’m no Sean Penn, but I’ve cobbled together some writing tips anyway; they’ll help you create better work and prevent your editor from deliberately crushing his/her skull with a cinderblock. You’re probably thinking, ‘Yeah, right, like I’m gonna take advice from a guy who jokes about Bruce Springsteen’s penis owning a little leather jacket.’ Fair enough; we all know I’m no Ethan Hawke. However, I really think you could do worse than printing these seven tips out and taping them above your Olivetti.

Everyone else is already taken, so you might as well be yourself. When I started writing, I sounded like Greta Van Fleet does Hunter S. Thompson. And guess what? No one wants to read a Greta Van Fleet version of Hunter S. Thompson: they want Hunter S. Thompson. So I had to settle on being myself. When you’re starting out, it’s only natural that you should mimic your heroes, but don’t forget the wonderful, special, completely original thing called YOU. You’re an original! So don’t be the guy who spray-paints ‘Nothing Really Mattress’ on discarded mattresses. Do something original. Do something cool. Be yourself.

Write the way you speak

The best way to find your authentic, original voice, I think, is to write words that you’d say in real life, only without all the ‘ums’ and swears. Do you say ‘ensue’ in a typical conversation? No? Well, maybe don’t use it in your writing. When describing a party to a friend, would you say, ‘The shenanigans continued late into the eve, and a festive time was had by all’? No, you wouldn’t, so don’t put it in your writing. You’ll just sound like a disingenuous cat-fart and people won’t read you. Write the way you speak, only slightly less duh.

Getting from A to B as quickly as you can without compromising your voice is tricky, but it can be done. Keep an eye out for superfluous words such as ‘literally’ and ‘basically’ and ‘absolutely’. Basically, those literal words absolutely suck. And don’t say ‘they merged together’ when they just merged. Also, don’t say ‘an unexpected surprise’. It was a surprise. The end. Today I read ‘of recent times…’ instead of ‘recently’. Are you kidding me? Who says ‘of recent times’? Don’t make me read more words than I need to; that’s just rude. Also, be suspicious of ‘that’. It’s surprising how much better a sentence sounds when you delete the thats bogging it down.

I’m no David Duchovny, but when you finish writing something, I reckon it’s a good idea to read it aloud. Your ears are your best editors. They don’t miss a thing. Your eyes will fill gaps and patch over fuck-ups when you just read in your head, but your ears will hear every boo-boo, and then you can fix it up. If your ears can’t hear any mistakes, you might need to pull your head out of your bum.

Don’t show off. Don’t try to impress your reader with big words or complicated sentences. They won’t think you’re cool and smart; they’ll just be annoyed. They’ll see straight through your affected bullshit and they won’t read you ever again. I guarantee it. You have to entertain and/or inform. I try really hard to make people laugh. That’s my thing. Jackie Collins tries to titillate, Stephen King tries to frighten, J.D. Salinger tries to break your heart. Find your thing and do that. Don’t flex. It’s boring and you’ll look like an asshole.

People are going to read what you wrote and make an assessment of you based on that. If you write something sloppy or half-arsed, your readers will decide that you are a sloppy, half-arsed, ‘fuck it, that’s good enough’ type of person who doesn’t care if the world thinks they suck. Do your best! If it gets published, it’ll be around to haunt you forever, so you should try to do something you can at least not be ashamed of. Having said that, I’m deeply ashamed of everything I’ve ever written, but damn it, I tried. Take pride in what you write.

Enjoy yourself. If you have fun writing something, chances are your reader will have fun reading it. My writing performs best when I’ve had a good time putting it together.

If you’d like to REALLY learn how to write, I recommend you check The Good Copy and see when their next Write Right school is happening. It did wonders for me; it’ll do wonders for you.